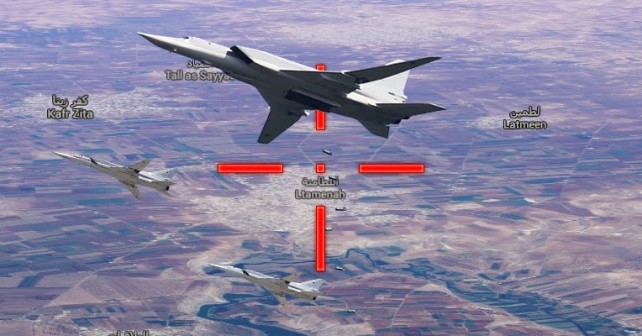 Due to the massive airstrikes on the Syrian cities conducted by the Russian aviation which resulted in numerous civilian victims, InformNapalm discloses new information about the commanders of Tu-22M3 bombers’ crews.

According to the Ministry of Defense of the Russian Federation, over the past day aircrafts of the Russian air-space forces from the Russian air group in Syria carried out 82 sorties from the Hmeymim airbase, 32 of them took place at night. 204 objects located in the provinces of Aleppo, Idlib, Latakia, Hama and Homs underwent the airstrikes.

As far as we know, the towns of Al-Lataminah (province Hama) as well as Kashtaar with Malikiah (province Aleppo) suffered the most. The airstrike on these localities resulted in dozens of dead civilians, including children. This fact is evidenced by numerous photo- and video-evidence in the Syrian tweet feeds and other sources. 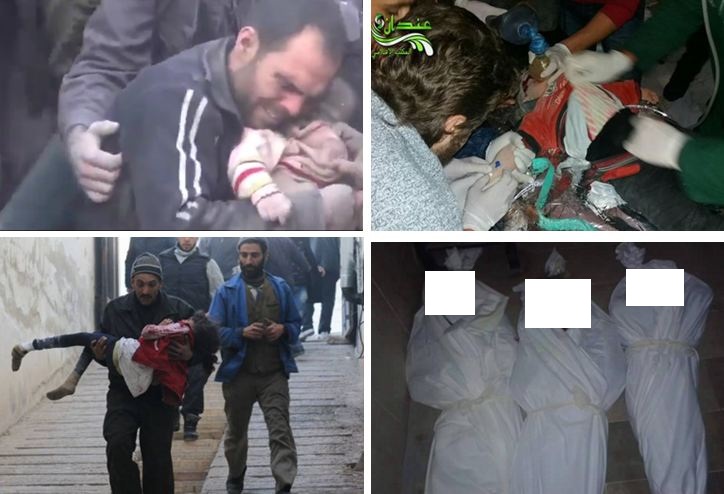 Because of ethical considerations InformNapalm does not publish photos and videos of the victims of the Russian air strikes on civilian towns and villages in Syria from yesterday. All this can be found in the links below, marked with ’18+’.

These are the pictures spread on December 10, 2015, also you can see here the daily comments about Putin’s and Assad’s crimes in Syria (18+).

The Russian Ministry of Defense published a video named “Heavy air strikes against terrorist targets carried out by the aircrafts of long-range aviation and air group in Syria” on its Youtube channel on December 8, 2015. This video helped us to identify Tu-22M3 long-range supersonic bomber with side No. ‘red 24‘ (tail No. ‘RF-94154′) named ‘Mikhail Shidlovsky’ from the 43rd air combat training center. 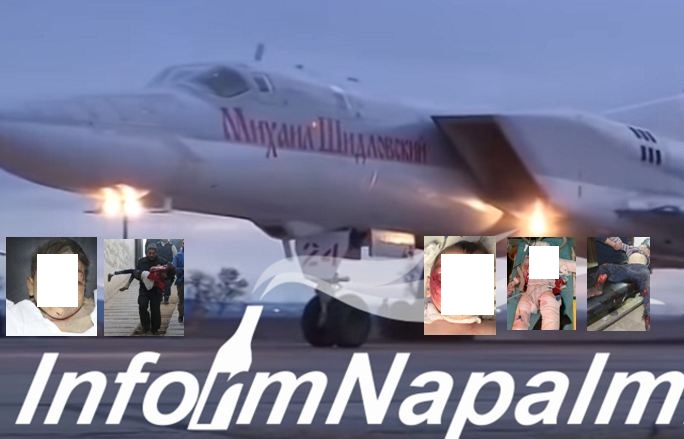 The mentioned footage demonstrated other Tu-22M3 as well:

Thanks to an article of Dmitry Kazakov we were able to establish that two Tu-22M3 long-range bombers took part in the ‘Victory parade’ in 2015. These were ‘red 24’ (RF-94154) and ‘red 42’ (RF-94142) aircrafts from the 52nd guards heavy bomber aviation regiment (Shaykovka, Kaluga Oblast, Russia). “Massive airstrike against the ISIS targets in Syria conducted by long-range aircrafts“, another video by Russia’s MD uploaded on November 17, states that the warplanes from this aviation unit were used in punitive operation against the Syrian people. 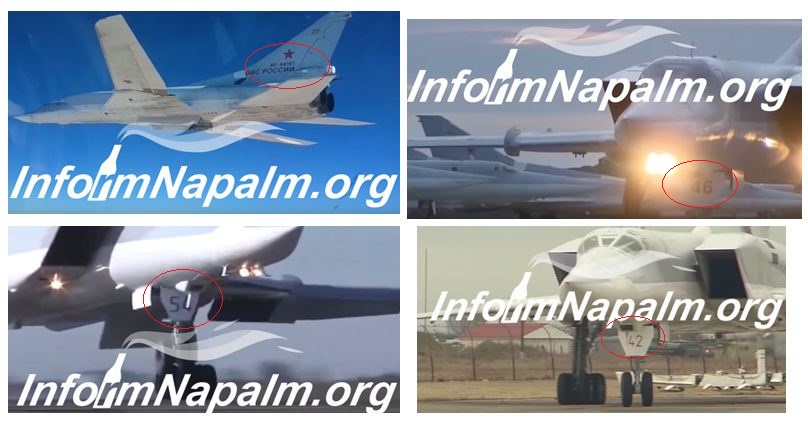 The information about the crew commanders of Tu-22M3 aircrafts with side numbers ‘red 24‘ and ‘red 42‘ was found thanks to the ‘News from Shaykovka‘ footage which showed the process of Tu-22M3 jet’s preparation to the ‘Victory Parade 2015’ event. 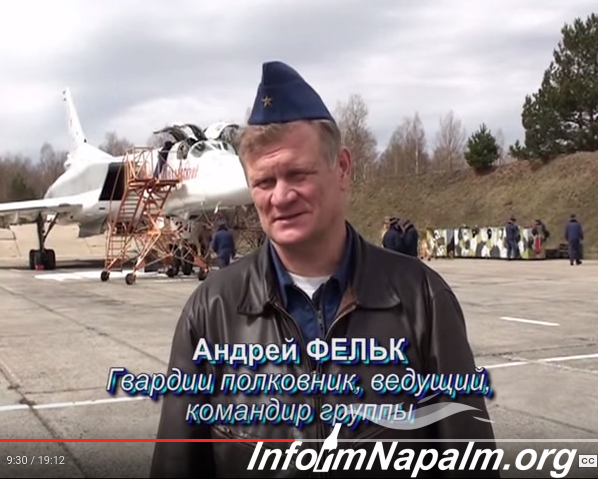 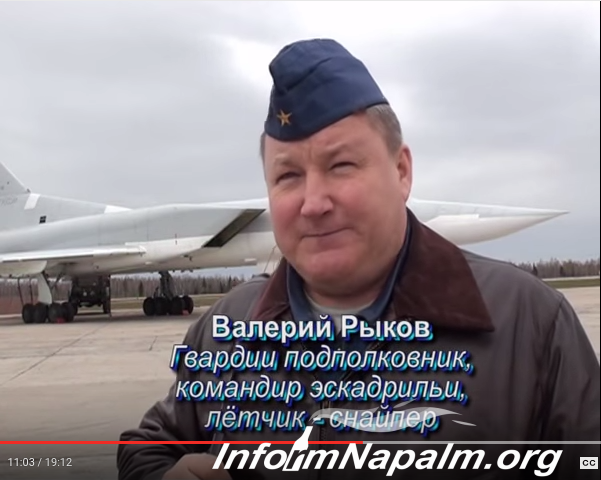 Thus, Andrew Felk and Valery Rykov, the Russian war criminals, will be included in the list of previously identified Russian pilots who take part in bombings of the Syrian towns and villages, killing the civilians.

It should be recalled that on November 24 a Russian Su-24 aircraft was downed by the Turkish air forces for violating the Turkish air space. A Russian Tu-22 was hit in the skies of Georgia in August, 2008.

InformNapalm’s readers from Syria often send us letters of thanks for our active citizenship and integrity in the matter of the Kremlin’s war crimes documented by us not only in Ukraine but also in Syria. Believers say that their prayers will not remain unanswered and the autocratic aggressor will certainly answer for all his misdeeds, and the aircrafts of the Russian air forces which bomb the civilians will increasingly fall and burn, as long as Russia does not renounce the terror and violence. 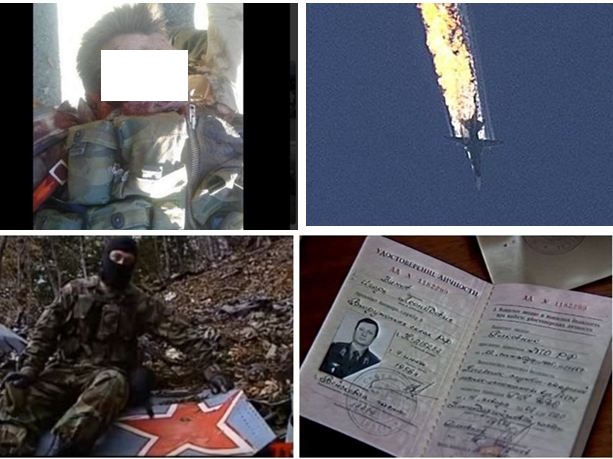