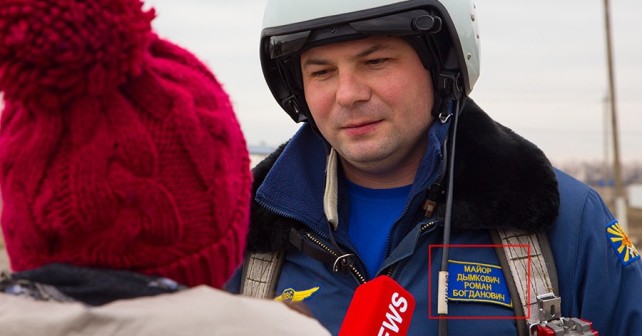 According to the report of the Syrian Network for Human Rights from December 17, 2015 (pdf-version of the report), in the result of actions of the Russian armed forces in Syria, 570 civilians were killed, including 152 children and 60 women. This is not the final figure (since the report takes into account only the confirmed cases), but it boggles the mind. The InformNapalm international volunteer community continues the series of publications with information about particular pilots that execute criminal orders of the Russian Federation’s senior military leadership.

By doing this, we seek to show the Russian soldiers that blindly dropping bombs on residential districts they also bear responsibility for humanity. Each figurant of the future tribunals should know that the world closely follows his actions. Thus, the copy-book attempts of the Russian media to present our actions as aiding terrorists or as vendetta for the events in Donbas do not correspond to reality. The aggressor understands only the language of force: military strength, political strength and power of information. Crimes against humanity should not stay out the attention of the world community, and witnesses or perpetrators of these crimes will not shun publicity. We live in the information age – the time when it is very difficult to conceal your activities under any guise or slogans.

The Russian military operation in Syria (both its official air and unofficial ground components) pursues a number of objectives, including the destabilization of the Middle East, maintaining the control over energy nodes of the transport system, and support of the Kremlin’s puppet regime represented by Bashar al-Assad. However, the fight against ISIS’s militants is out of the question. Pursuing its pragmatic interests, Russia is ready to step over all the norms of law and morality and cast aside all human values.

This particular piece of information about the Russian air forces’ officer is published by volunteers of the InformNapalm as a response to the attack of the Russian aviation on a school in Syria. 9 people were killed during that air raid (source, 18+).

The “Preparation of the attack aircrafts’ crews to the Victory Parade on May 9” photo materials (archive) of blogger mr-anderson22 show major Dymkovich Roman Bogdanovich posing in front of the Su-25SM with the serial number 10365. 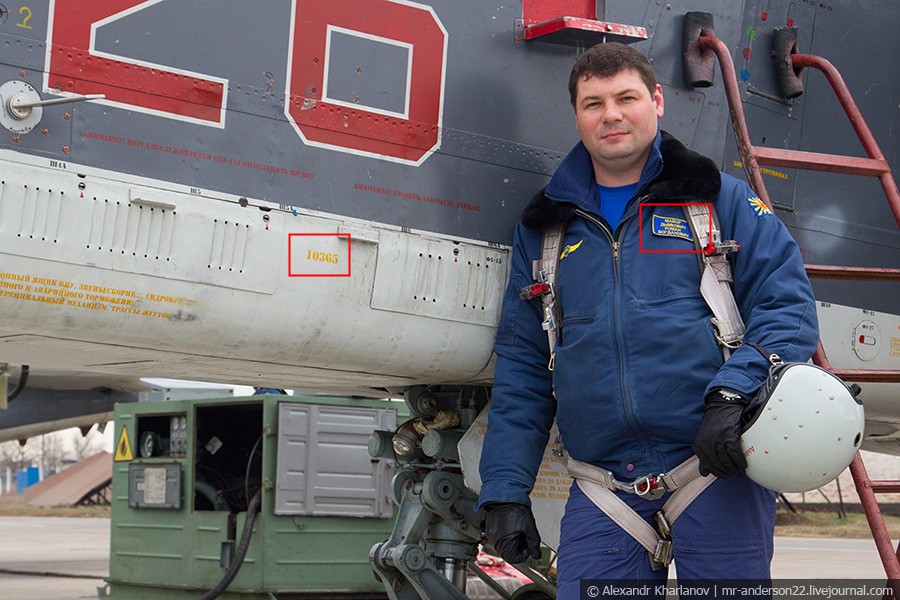 Based on the Russian Air Forces’ register of Su-25SM aircrafts (made public by blogger djoker-lj, archive), we were able to find out that this grey Su-25SM belonged to the 960th ground attack aviation regiment (tail No. RF-91956, side No. ‘red 26‘, identification No. ‘Su-25SM-76‘). 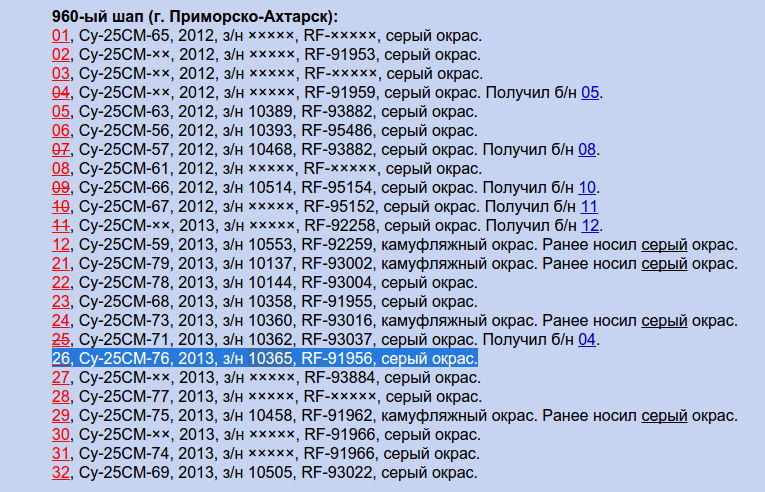 By way of proof we provide you with the information from russianplanes.net portal (archive).

Conducting the analysis of the Russian propaganda videos dedicated to the preparation of the equipment at the Hmeymim airbase, a Su-25SM warplane (ID Su-25SM-76) was found. The side numbers were redrawn – it can be seen from the shading of the grey paint in cockpit area and from the blotchiness of the grey paint over the white one. 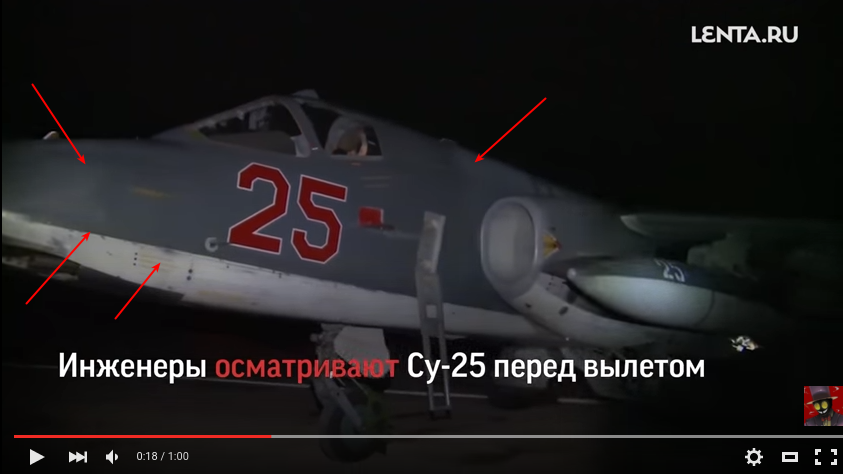 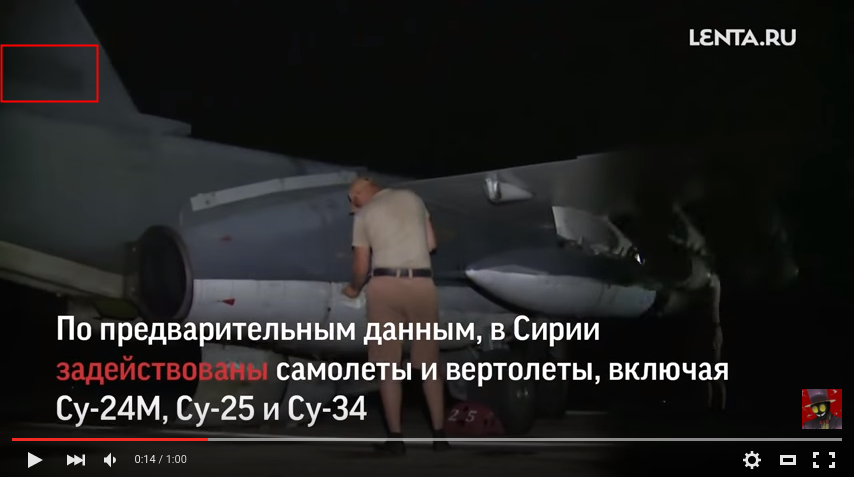 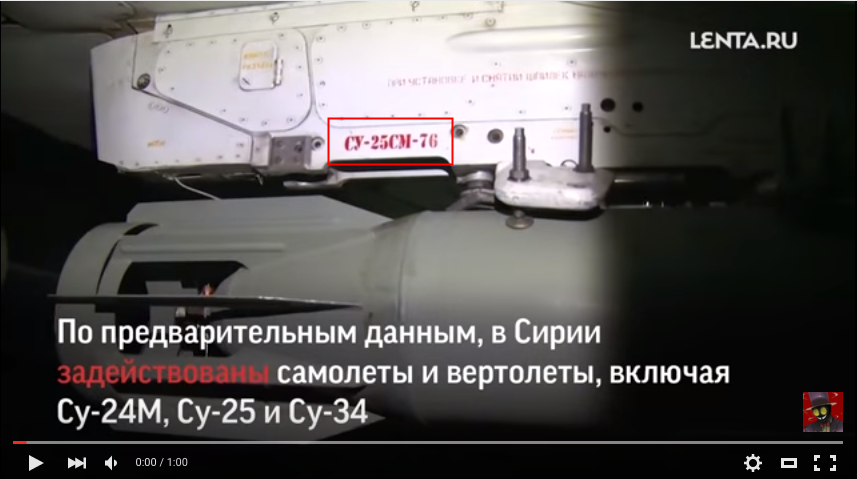 The jet has got the ‘red 25’ side number. That is a clear side number spoofing, since the ‘red 25’ Su-25SM aircraft from the 960th regiment has a different pattern of digits (archive).

The real ‘red 25’ has a different identification label – Su-25SM-71, and not Su-25SM-76 as presented in this video (information from the register of djoker-lj). It appears that the shown aircraft is re-painted Su-25SM with ID Su-25SM-76, tail No. RF-91956 and side No. ‘red 26‘, piloted by major Dymkovich Roman Bogdanovich. This pilot was born on June 23, 1981, and finished Krasnodar Aviation High Military School in 2006.

This way every single soldier and officer has a choice – to become one of the defendants in future military tribunals or to rejects executing criminal orders, side with the justice and witness against serial killers who organized this state scale terror.