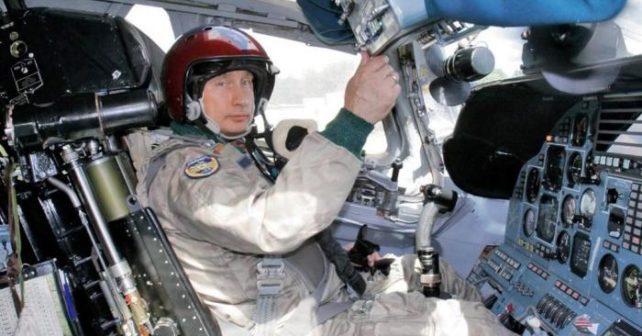 On May 7, 2018, in Moscow there was yet another inauguration of Russian President Vladimir Putin. As usual during the holidays, the Russian media showed this ceremony from all sides. The common good-natured mood was not overshadowed by anything. For the fourth time in his career as president, Putin promised the inhabitants of the largest country in the world to become the fifth largest economy in the world – they clapped to everything, maybe this time not so vigorously.

In the late evening, at 11:22 pm Moscow time, TASS laconically reported that a military helicopter Ka-52 crashed in Syria. The news was immediately picked up by RBC (at 11:29 pm).

The first message sounded rather dry: “In carrying out a planned flight over the eastern regions of the Syrian Arab Republic, a Russian Ka-52 helicopter crashed. Both pilots were killed.”

The next morning on May 8, Kommersant assumed that the helicopter was shot down during a night patrol.

#ISIS fighters showed the wreckage of the #Russian Ka-52 helicopter that crashed northwest of the city of #Mayadin, #DeirEzzor, #Syria pic.twitter.com/vLlbMOVW0n

The video was dated May 8 (re-cast version here). We do not see any Russian soldiers on the video, just somewhere in the desert unidentified bearded men are looking at the burnt remains of the Russian Ka-52 helicopter. The initial report about the Ka-52, however, stated that “according to preliminary information, the cause of the incident could be a technical malfunction”.

In order to say something about the reasons for the fall of the helicopter, it is necessary to collect all of its burnt remains and conduct some kind of investigation. In this case, we see Islamists but no Russian specialists working at the scene. The landscape where the Russian military is waging a war was even reminiscent of Afghanistan.

Later, unconfirmed names of pilots with dates of their birth and death appeared in the web. Soon, no one particularly tried to hide their names: 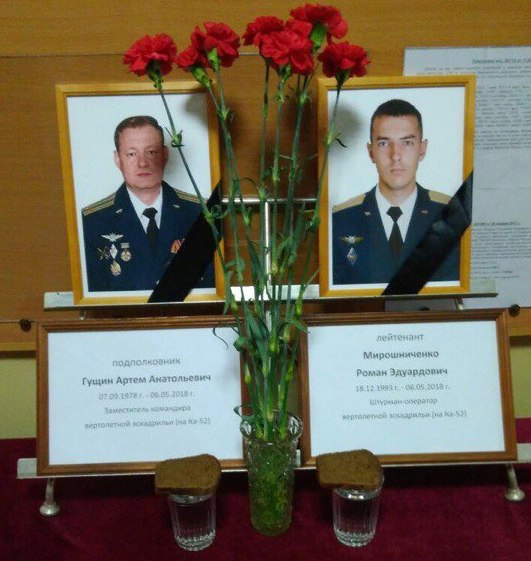 Both pilots, Lt. Col. Artem Guschin and Lieutenant Roman Miroshnichenko, died on May 6 – the day before Putin’s inauguration and as Kommersant wrote, on the night of May 7th. In the morning, in the midst of the ceremony, the Russian Ministry of Defense was well aware of the losses, but decided to postpone the unpleasant news until the late evening.

By the way, as it turned out, it was a very convenient tactic for the news presentation – all formalities were met, but some of the media passed this news altogether. At night, it is still of no interest to anyone, and in the morning it is a little outdated and no longer interesting.

But the most important goal was achieved and the inauguration of the Russian president went smoothly and without bad news.

No Responses to “Downed Ka-52: How Russian generals decided not to spoil Putin’s inauguration”