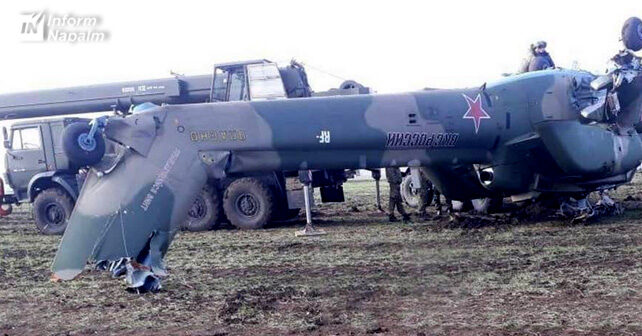 On September 28, 2021, Russian media reported that a military court had completed the trial and found Colonel Yevgeny Sukhodolsky, former commander of the 55th Helicopter Regiment of the Russian Air Force (unit 35666, location in Korenovsk, Krasnodar Krai), guilty in the crash of the Russian helicopter Mi-28N Night Havoc which crashed with crew on board on December 11, 2019.

The court determined that the decision of the regiment commander to redeploy the helicopter in difficult weather conditions was the cause of the crash. The court sentenced him to 5 years in prison.

It will be recalled that in December 2019, InformNapalm international volunteer community drew attention to this disaster and published an article: Retribution: Russian pilots who took part in aggression against Ukraine crashed in Mi-28N .

The 55th Helicopter Regiment took part in the aggression against Ukraine

InformNapalm volunteers found that in 2018, combat helicopters of the 55th Helicopter Regiment of the Russian Air Force took part in the aggression against Ukraine when in neutral waters attacked the Ukrainian boats Berdyansk and Nikopol, as well as the tug Yani Kapu .

In December 2018, a list of officers of the 55th Helicopter Regiment which took part in the attack on Ukrainian boats  was published on the InformNapalm website. The first on this list was the regiment commander, Colonel Yevgeny Sukhodolsky.

The list also included information about two officers, Alexander Sklyankin, deputy regiment commander for flight training, and Ruslan Kushnirenko, deputy commander of the Mi-28N squadron, both of whom died in the aircraft crash a year after the publication. 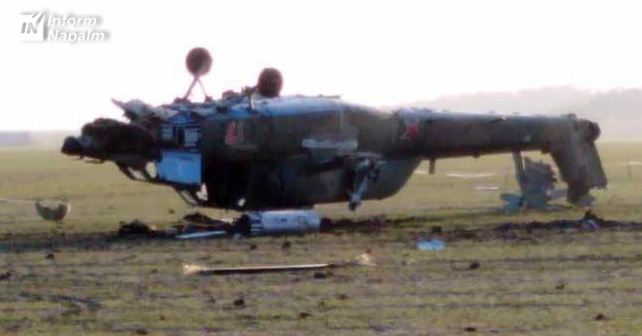 Volunteers of InformNapalm international intelligence community continue to collect facts of participation of Russian military personnel in the aggression against Ukraine and publish their data in OSINT-investigations. The information is systematized in the database.

Currently, more than 2,600 Russian servicemen, soldiers and officers of the Russian Armed Forces, have taken part in the aggression against Ukraine. A small number of people identified in the base died during the fighting in the Donbas, Syria and other hotspots. Some of lost their lives in accidents caused by personal negligence or criminal orders from their commanders.

In the summer of 2021, non-combat losses of Russian military aircraft increased significantly compared to previous years. Some experts suggest that this is a result of the increased flight intensity, and therefore, an increase in accidents due to pilot error. The crashes resulted from technical malfunction are associated with the consequences of sanctions and a decrease in the quality of service for Russian aircraft.