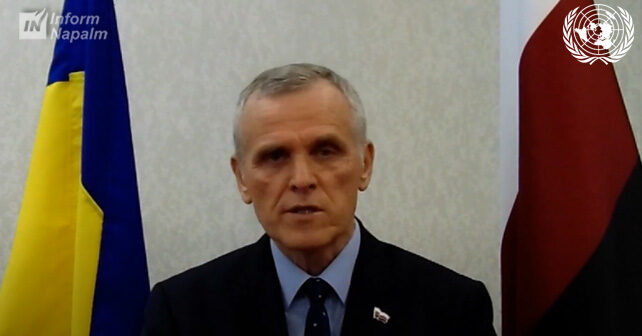 Syres’ Boliayen’, the Inyazor (Chief Elder) of the Erzya people, spoke at the 20th session of the UN Permanent Forum on Indigenous Issues. His report was the first speech at an official UN event delivered in Erzya. Office of Inyazor provided consecutive interpreting from Erzya into English. The address was broadcast on UN Web TV. The speaker sat against the background of two flags – the national flag of Erzya people and the flag of Ukraine. The Ukrainian flag was next to the Erzya one, because it was the Ukrainian delegation which used its quota to give the floor to a representative of the indigenous people of Russia to speak at the UN, given that the Russian Federation is engaged in active ethnocide of the indigenous peoples. Details of this historic event were also reported on the official website of the Prometheus Security Environment Research Center. 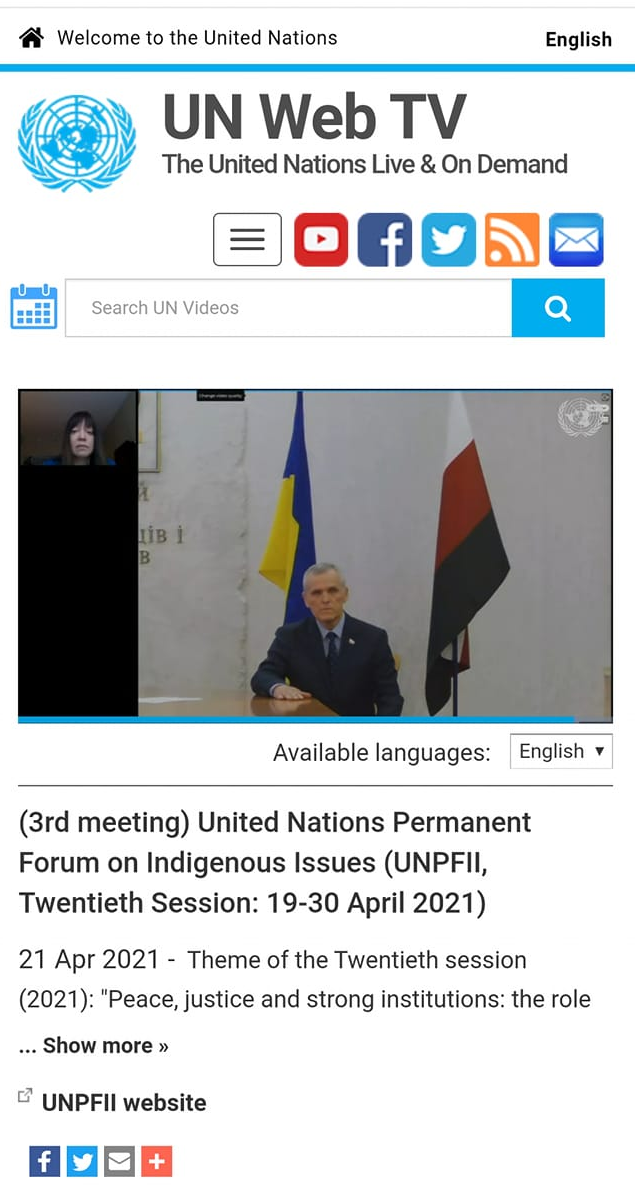 The Erzyan leader addressed the UN with accusations against Moscow. He called on the international community to increase pressure on the Russian Federation:

“Erzya, as indigenous people in Russia, can survive the COVID-19 pandemic, but not the Russian repressive regime. International pressure on Moscow is the only vaccine that can save us from the last phase of ethnocide”

In his speech, Syres’ Boliayen’ criticized the policy of the Russian Federation towards national republics and indigenous peoples:

“Within the past 30 years, Erzya have been turned from a nation of a few million people into a small ethnic group on the brink of complete extinction. Not through war, epidemics or forced deportations. Our neighbors in the Idel-Ural region – Mokshans, Udmurts, Maris, Chuvash’s, Bashkirs and even Tatars found themselves in a very similar disturbing position. Native peoples in Russia are forbidden to have their own political parties, or even to study their mother tongue in secondary schools. Only dancing in national costumes is tolerated. Those who stand up for their rights are persecuted as extremists and become victims of punitive psychiatry.”

Why should Ukraine support the indigenous peoples of the Russian Federation?

The speech of the of the Erzya leader at the UN can be considered a significant step on the part of Ukraine in support of the indigenous peoples of Russia subjected to ethnocide in the Russian Federation. As the analyst of the Prometheus Security Environment Research Center Pavlo Podobed noted the day before,

On July 13, 2019, Ras’ken’ Ozks, the patrimonial prayer of the Mordovian people was held in the Republic of Mordovia. Besides the ceremonial significance, Ras’ken’ Ozks also plays an important public role. Atyań Ezem, the Council of Elders gathers on the eve of the prayer to address the most pressing problems of the people. For the period until the next Ras’ken’ Ozks, the members of Atian’ Ezem elect their chief elder, the Inyazor, by a secret ballot. Kshumantsian’ Pirguzh had been elected the Inyazor of the Erzya people six times in a row. However, in 2019 Atian’ Ezem entrusted Syres’ Boliayen’ with this mission. His candidacy was supported by 12 of the 18 elders. Taking into account the aggravation of political repression against the activists of national movements in the Russian Federation, the Erzya elders decided to hold the inauguration ceremony new of the new Chief Elder in emigration in Ukraine. 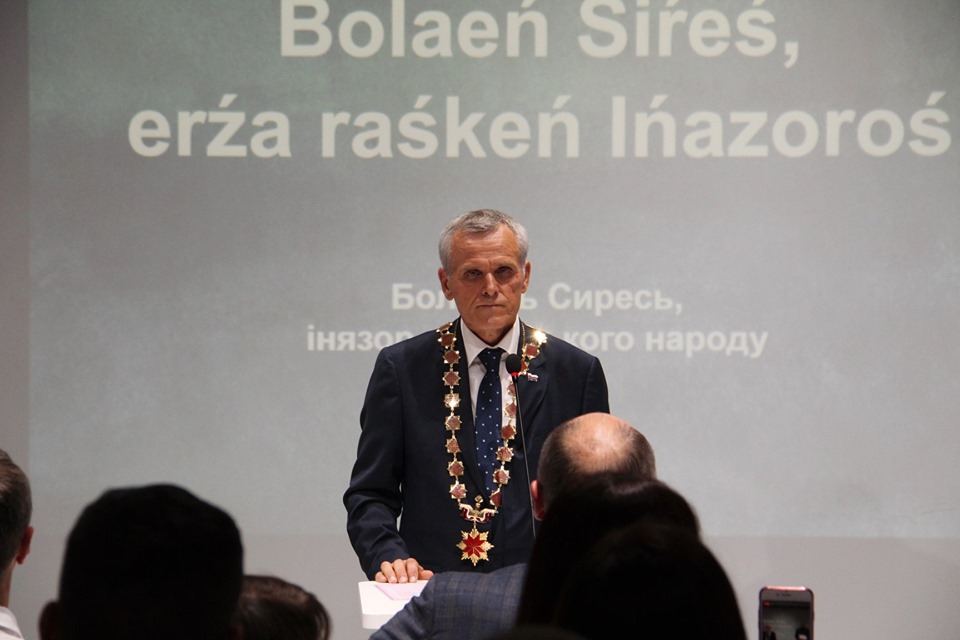 Translated by Artem Velichko. Distribution and reprint with reference to the source is welcome! InformNapalm materials are available under a public license Creative Commons Attribution, CC BY. The condition for using our materials is a hyperlink to the original source in the first or second paragraph of your publication. InformNapalm social media pages: