Career Growth of a Railman: A Contract with Russian Army to Serve in ‘Novorossiya’ 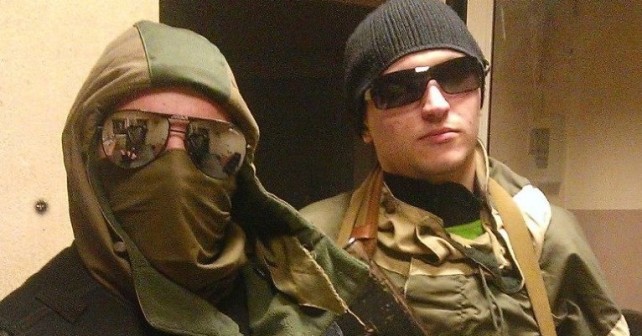 Volunteers of the InformNapalm international community together with colleagues from the ‘Myrotvorets’ [Peacekeeper] center continue to disclose the Russian servicemen which double-job as contract soldiers and ‘Novorossiya’ militants. This time our ‘hero’ is a Russian citizen, a candidate for contract soldier of the 74th separate motorized rifle brigade (Central Military District, Russia).

Our attention was drawn by a Russian citizen, who was a militant of a reconnaissance unit from one of the illegal armed groups of the so-called ‘DPR’, acting in the territory of Ukraine under the callsign ‘Altai‘. 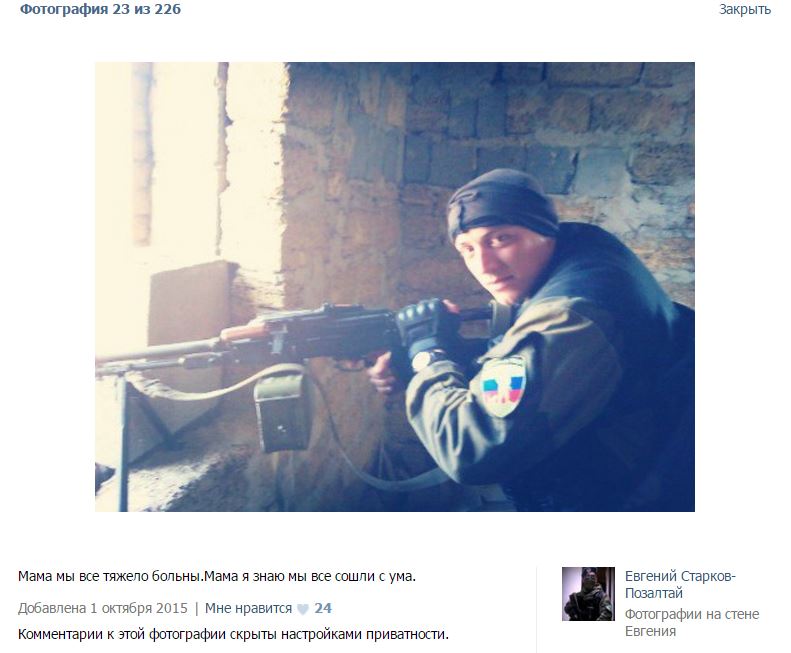 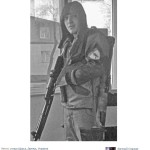 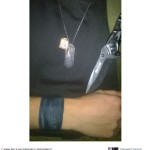 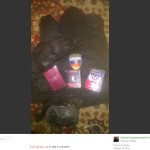 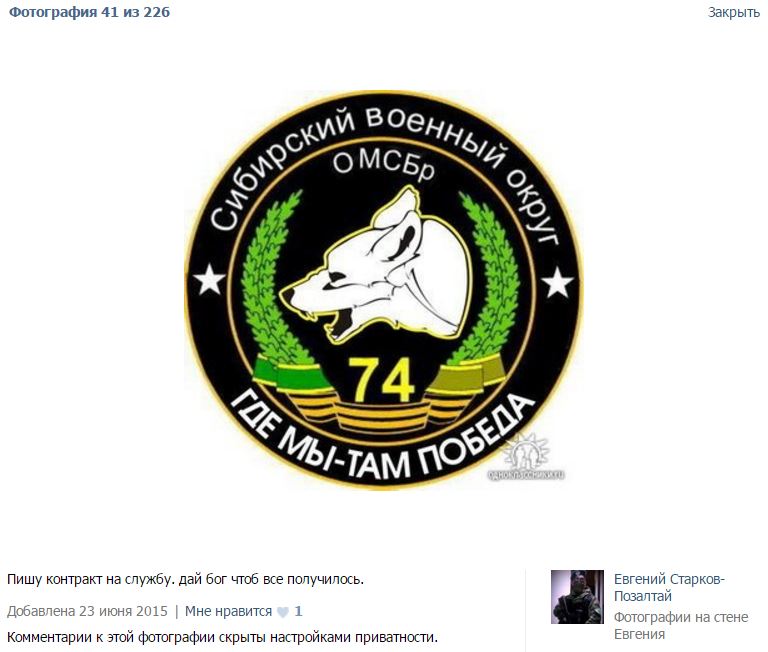 It is difficult to say what is the fate of Starkov, meaning we do not know his current status. But right before leaving for Donbas, he posed in a mask, ‘Gorka’ uniform and an assault vest most likely handed by his employer from the Russian Ministry of Defence. 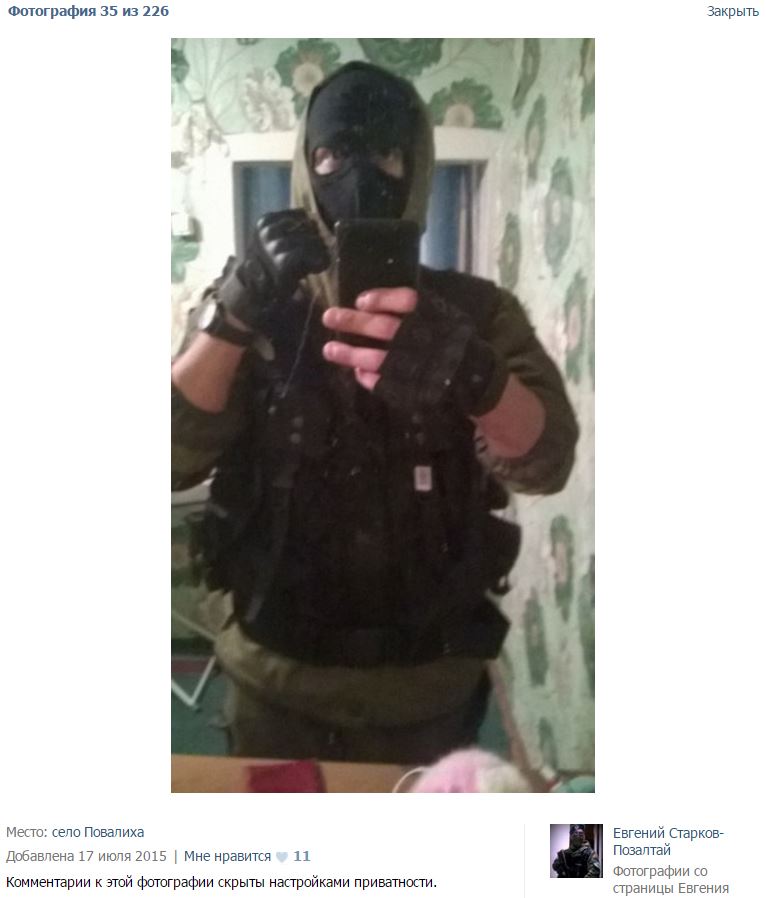 By October 20, 2015, Starkov had been in the ranks of ‘militia’ for 3 months. Either way, being a citizen of the Russian Federation, Starkov fights against Ukraine, and there are just two possible options: 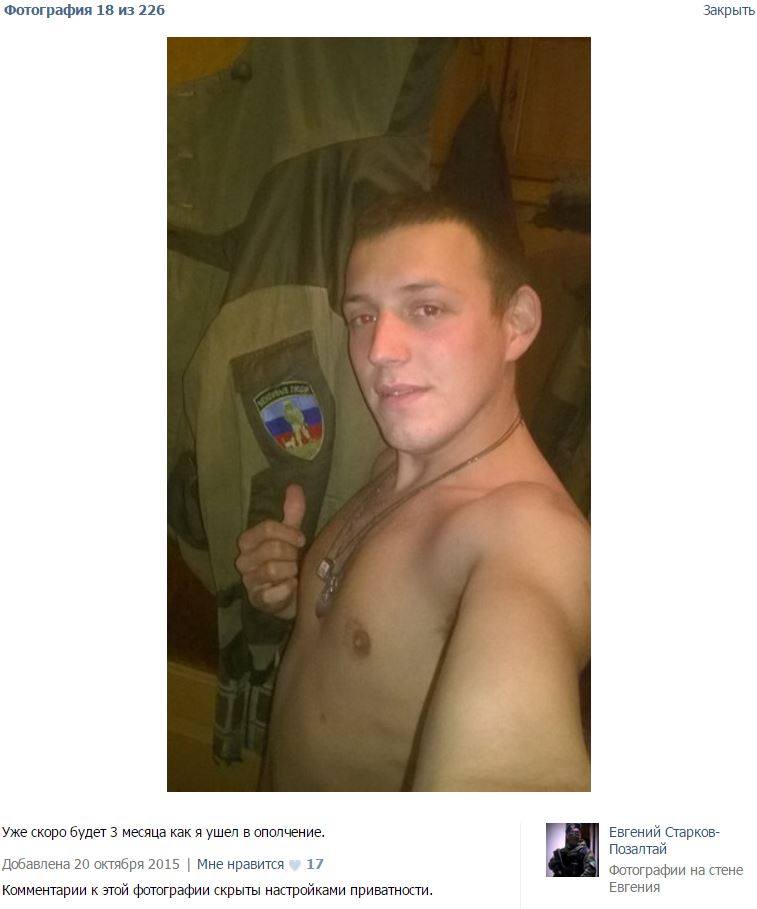 These assumptions are based on several facts. In particular, besides the tendency of the Russian servicemen to gather the battle experience in the illegal armed formations of ‘Novorossiya’ (refer to article ‘Novorossiya’ Militant’s Contract Was Finalized in Military Recruiting Office of Volgograd, Russia), there is another one as well. Taking soldiers on contract service, the Russian authorities give preferences to candidates who have toughened up during their individual trips to Donbas. For example, in the end of January of 2016, we disclosed a militant from the ‘Sparta’ formation, who got a travel order in Lipetsk military office to go to the permanent disposition location (see Ex-Terrorist from ‘Sparta’ Gang Signed Contract with the Russian Northern Fleet).

As you can recall, this is not the first time we find the Russian contract servicemen from the 74th brigade in the ranks of the so-called ‘Novorossiya’. In the end of October 2015, we found a soldier from this military unit, who served both as a Russian contract soldier and a militant of the 3rd ‘Hooligans’ battalion of ‘LPR’ (read The Russian 74th Brigade’s Contract Servicemen Fight in Donbas As Hooligans).

The 74th brigade from Yurga has been repeatedly mentioned in our earliest publications too. In November of 2014 we found:

No Responses to “Career Growth of a Railman: A Contract with Russian Army to Serve in ‘Novorossiya’”