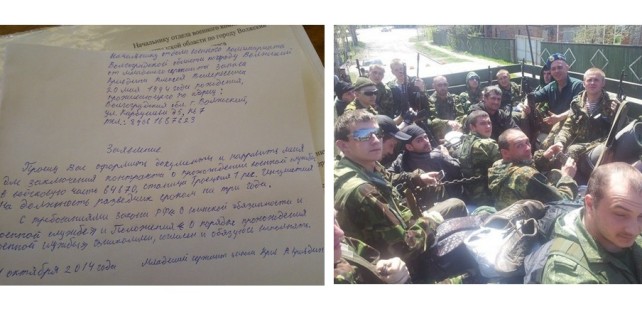 While performing OSINT monitoring of social profiles of ‘DPR/LPR’ militants we found another Russian contract soldier, who is a scout from the 291st separate artillery brigade and who joined an illegal armed formation of ‘Novorossiya’ in occupied Donbas.

A. Krivdin served in the 3rd air defense battery of the ‘Tor-M1’ air defense division of the 19th separate motorized rifle brigade (military unit No. 20634, Vladikavkaz, the 58th general army, Southern Military District, North Ossetia, Russia). He was transferred to the reserve as junior sergeant in June, 2013. 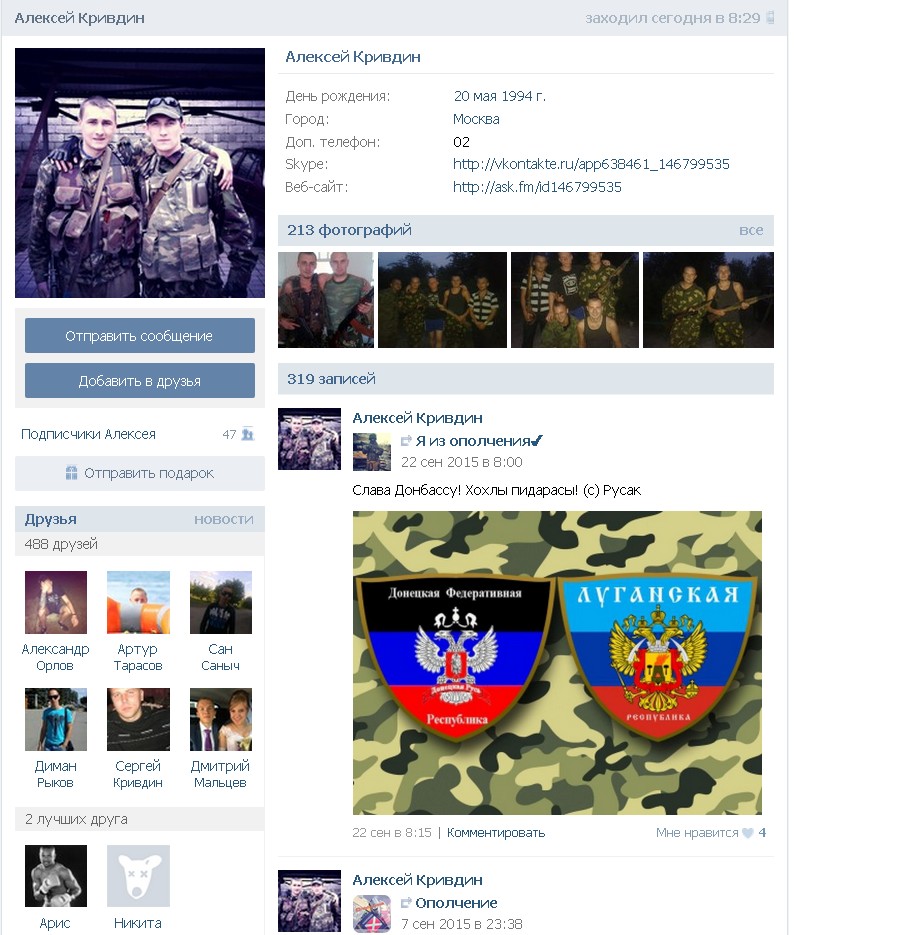 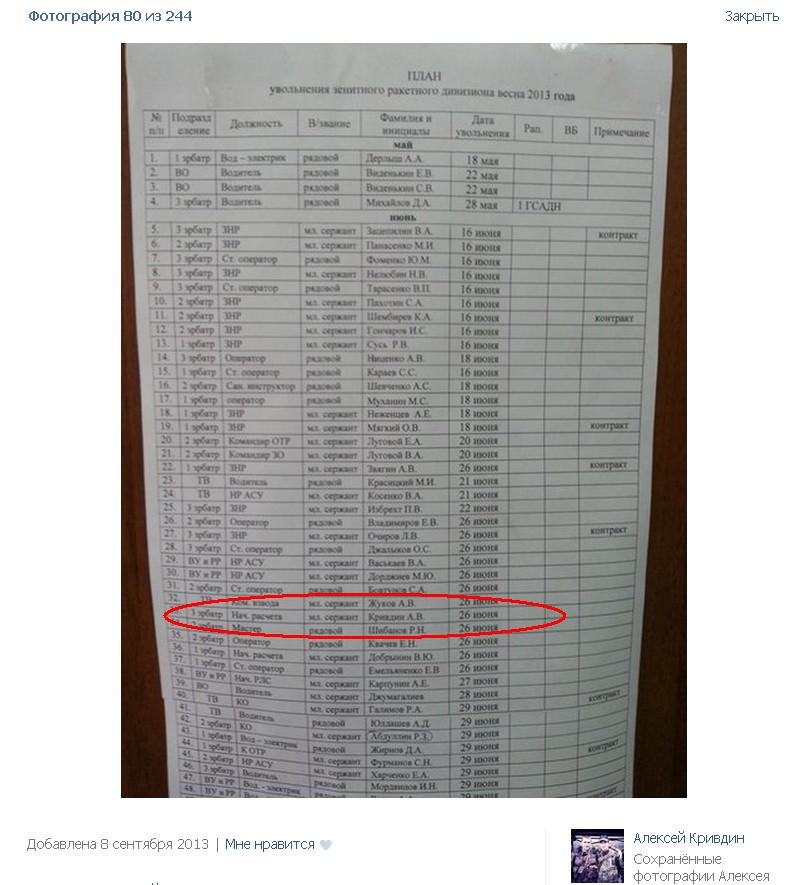 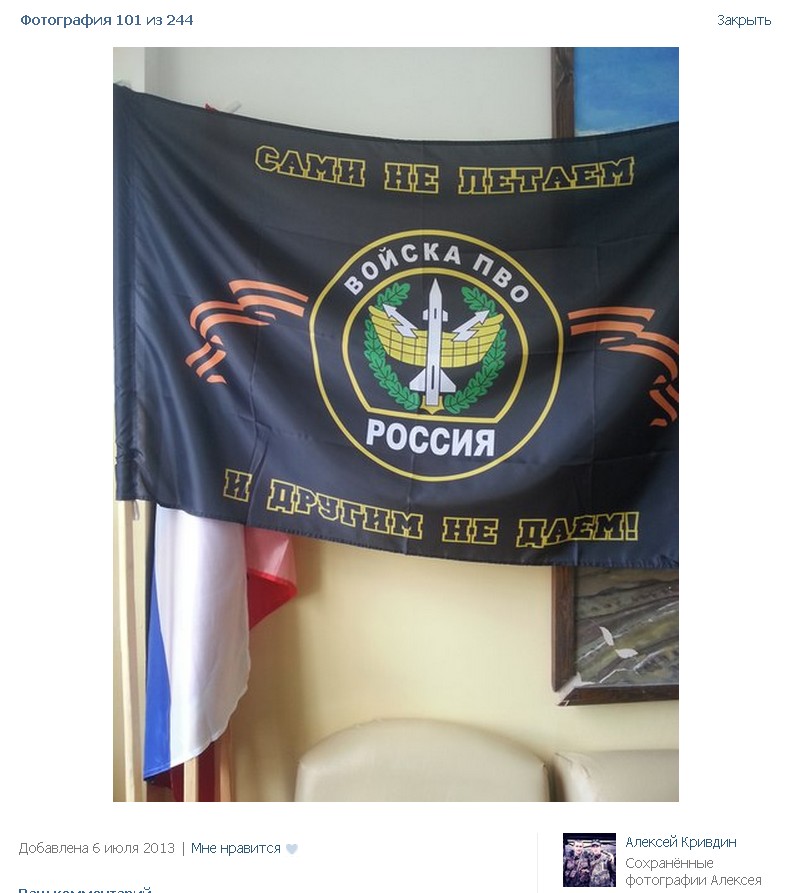 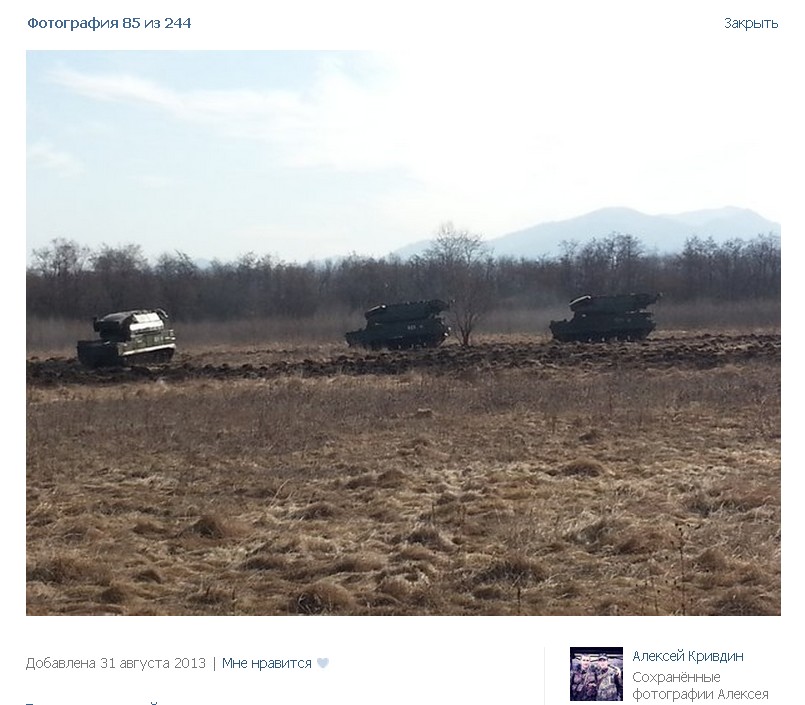 In October of 2014 Krivdin submitted documents for a 3-year contract to the military recruiting office of Volgograd. He applied for a position of a scout in the 291st artillery brigade (military unit No. 64670, Southern Military District, Troitskaya, Republic of Ingushetia, Russia).

As for December 4, 2014, A. Krivdin served as a contract serviceman in Caucasus. 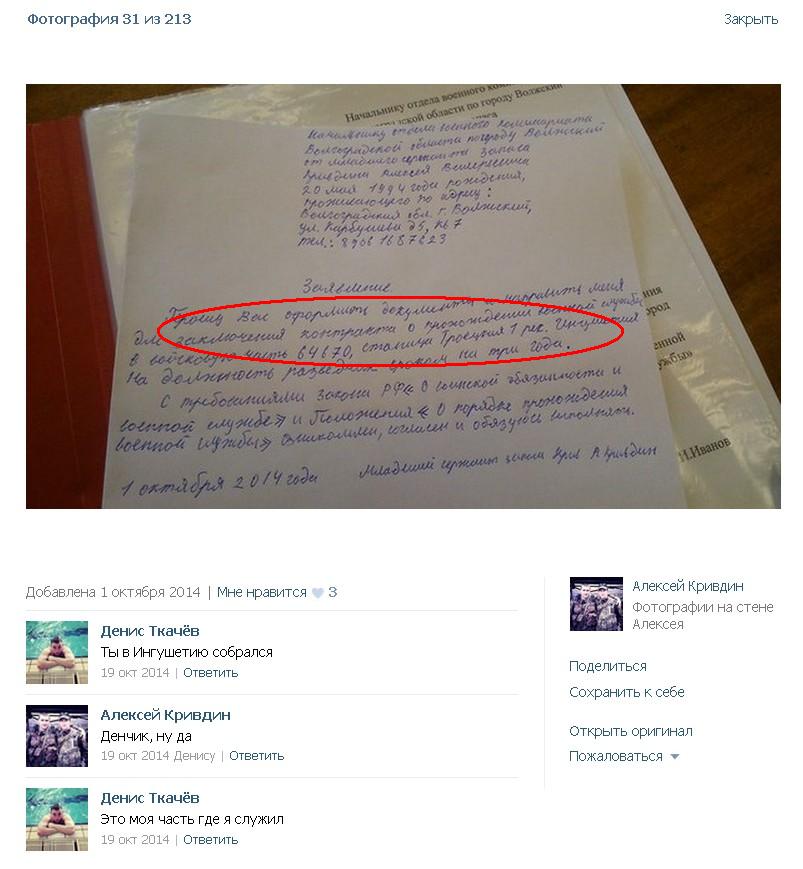 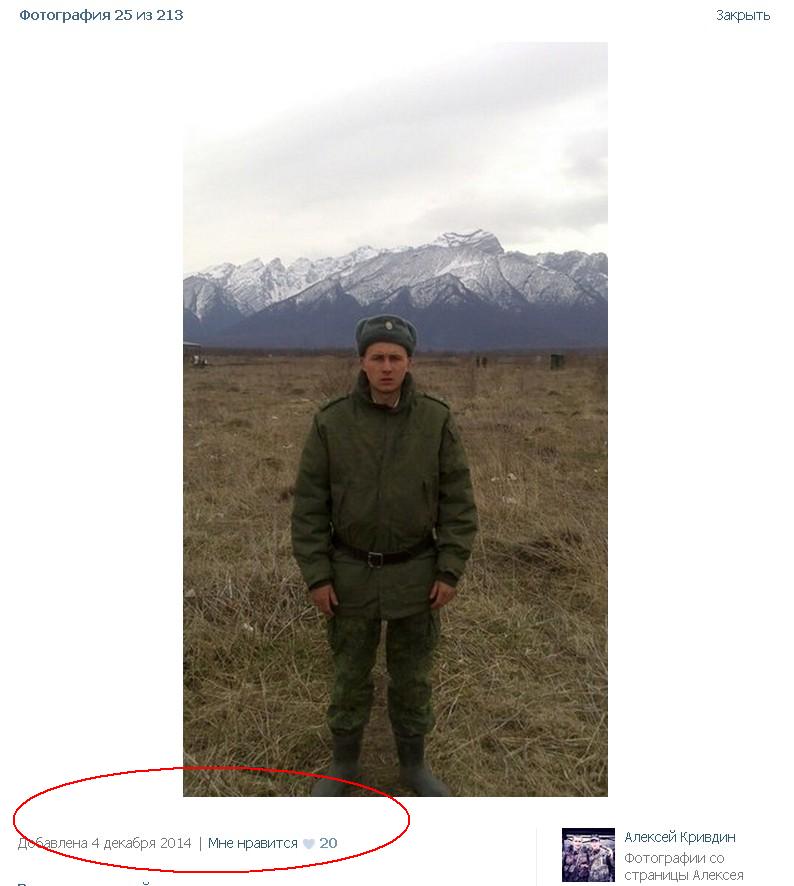 In January of this year, Krivdin was sent to Donbas, to serve in ‘Oplot’, the 4th battalion of ‘DPR’. 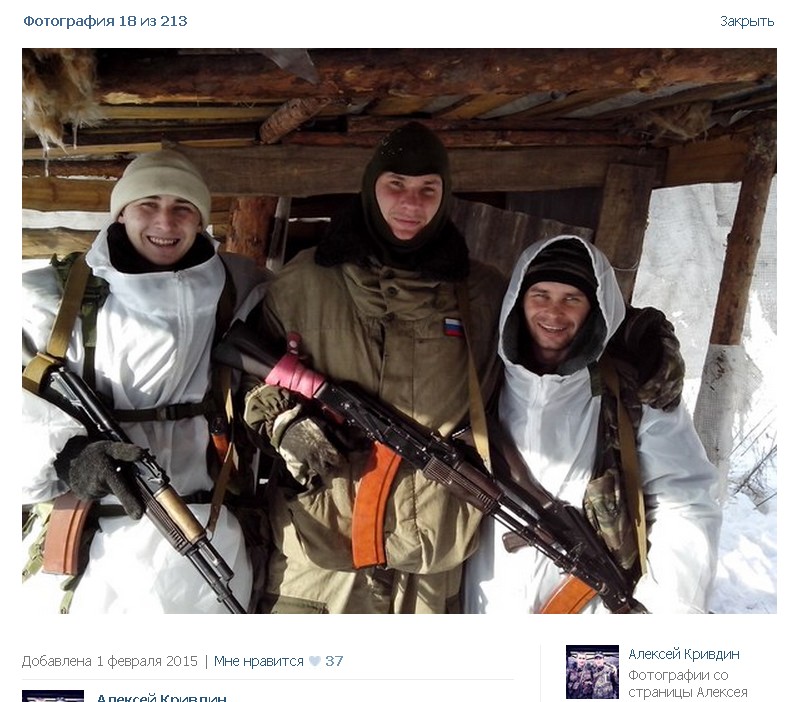 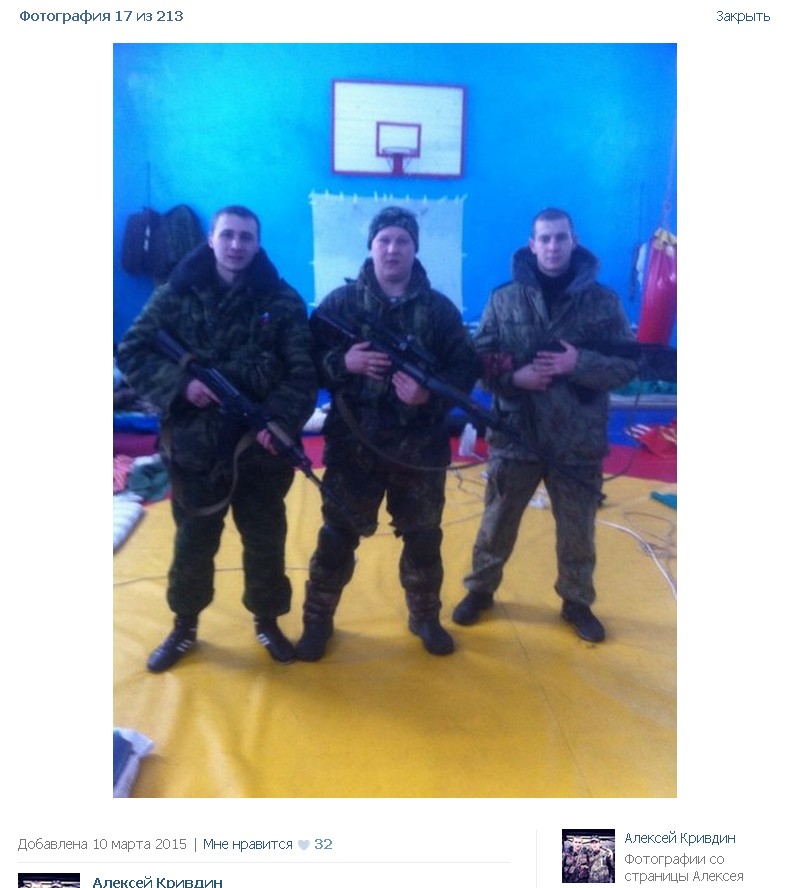 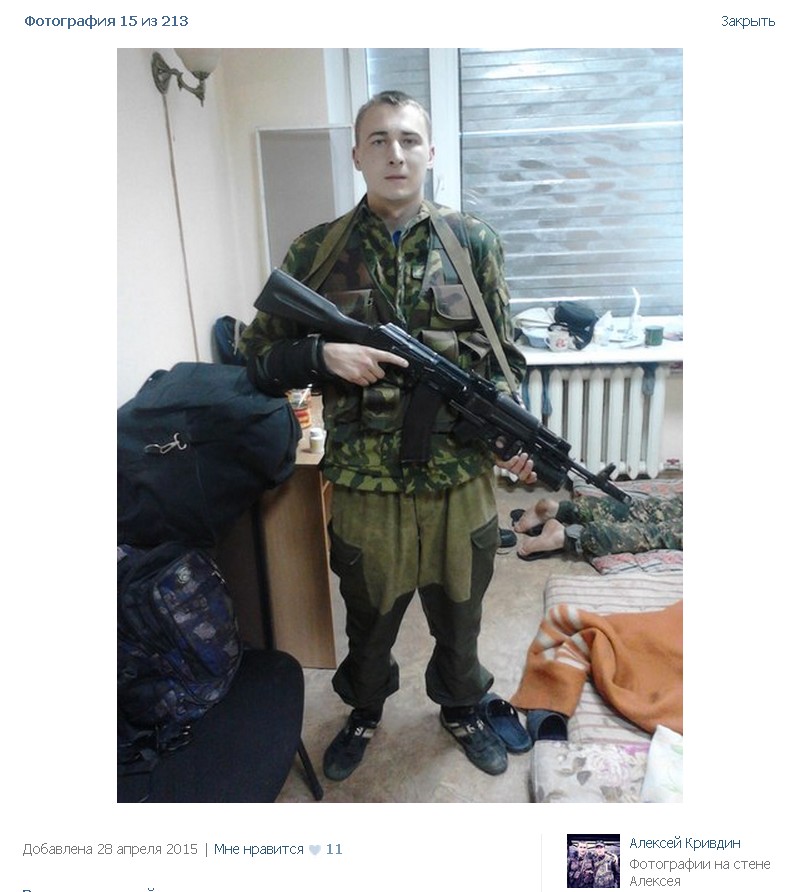 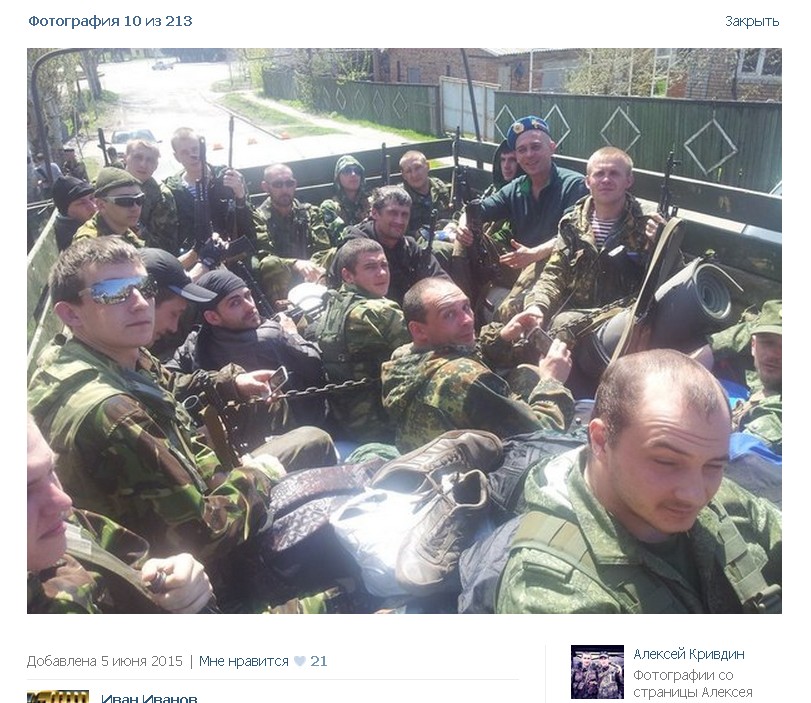 Note: the process of signing a contract with the Russian army consists of several steps. The first and the most important one is to get a so-called ‘reference’ from a certain military unit with specification of the open vacancy. A candidate who has such ‘reference’ visits the local military office and fills in the application form for a 3-year contract in that military unit. Then the military office, based on the ‘reference’ and the candidate’s application, carries out the needed procedures (medical examination, profile filling in, etc) to enroll a soldier. Then contract serviceman is sent to the military unit location.

This is not the first case of mutation of the Russian contract servicemen to militants of ‘Novorossiya’. We have published several articles how the Russian soldiers become ‘DPR/LPR’ militants. One of the last cases was studied in this material – “Russian Contract Soldier from the 7th Base Fights as ‘DPR’ Militant“.

Also we would like to note that the units above – the 19th motorized rifle brigade and the 291st artillery brigade – have been mentioned for several times in the context of the ‘Rostov-Ukraine assignments’:

The information about the Russian occupant A. Krivdin was added to the ‘Myrotvorets‘ database.