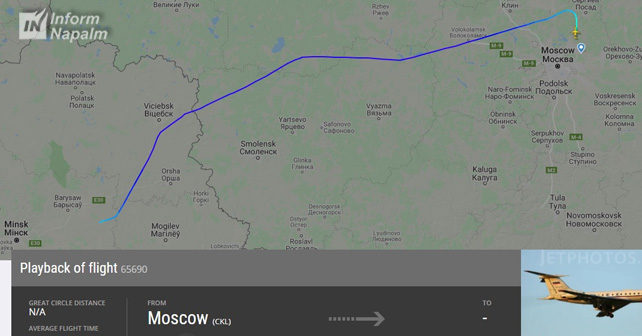 According to the FlightRadar, a special flight of the Russian Aerospace Forces landed in Belarus. Tu-134AK with tail number RA-65690 took off from the Chkalovsky Military Airfield in Moscow Oblast on Wednesday, August 12, at 9:44. Its transponder was then recorded near the Zamok settlement in Minsk Oblast of Belarus. 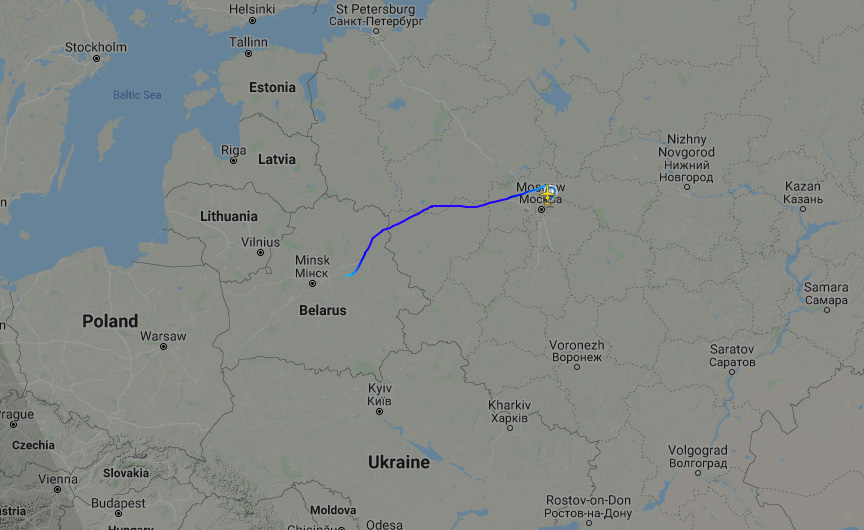 Tu-134AK is configured with a 24-seat comfort cabin and a 13-seat luxury cabin. Aircraft of this type are usually equipped with special communications systems and are intended mainly for government transportation. This VIP version is also distinguished by the second door with a built-in ladder for passengers.

It is known that RA-65690 is an executive VIP-class aircraft of Russian Aerospace Forces. It usually carries Russian military leaders at the level of Deputy Minister of Defense or higher, accompanied by their service staff.

Among other versions circulating on the internet are:

* If you know the purpose of the Russian special aircraft flight to Belarus, please write to us in the comments or in a message on the InformNapalm page in the social network convenient for you