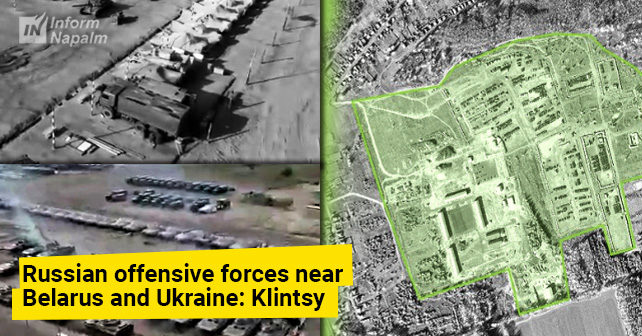 We are publishing a translation of an important investigation made by Dzianis Ivashin, the editor of the Belarusian team of InformNapalm volunteer intelligence community, which first appeared on the Belarusian independent media outlet novychas.by. The investigation is dedicated to the rapid build-up of the Russian offensive forces in the vicinity of the border with Belarus and Ukraine.

After the start of Russian military aggression against Ukraine, the Armed Forces of the Russian Federation started establishing new military units to build up strike potential and create a single offensive front. The new units formed in 2016 at the border with Belarus, their permanent station locations, the terrain, infrastructure and available transport routes indicate high priority of the Belarusian strategic direction for the Russian military and political leadership.

Since 2018, these units have started a substantial build-up of armaments and military equipment at their permanent stations, which by now poses an open threat to Belarus.

In April 2016, volunteers of the InformNapalm international intelligence community were the first to discover and report the plans of the Russian Armed Forces to redeploy units of the 28th Motorized Rifle Brigade (MRB) from Yekaterinburg to the border with Belarus and Ukraine. It is significant that in May of that year, Russian Defense Minister Sergei Shoigu stated that “new divisions will be created to counter the build-up of NATO forces at the Russian borders”. However, Belarus is not a member of the North Atlantic Treaty Organization and has never officially expressed any intention to join. At the same time, it is in a close military alliance with Russia.

Such statements, together with reports circulated by the Russian media about the creation of a “heavy armored fist” near the Belarusian border, were apparently designed to conceal the main objective for the deployment of new military facilities on the border with Belarus, which could become a bridgehead for further eventual escalation of westward aggression from Russia.

In May 2016, the first subunits of the 28th MRB of the Central Military District were transferred from Yekaterinburg to the border areas with Belarus and Ukraine (towns of Yelnya in Smolensk Oblast, and Klintsy in Bryansk Oblast). They gave a start to the deployment of the 144th Motorized Rifle Division (MRD), military unit #61423 (the unit number was inherited from the 28th MRB). According to the new table of organization and equipment, the division makes part of the reorganized 20th Combined Arms Army of the Western Military District of the Armed Forces of the Russian Federation. 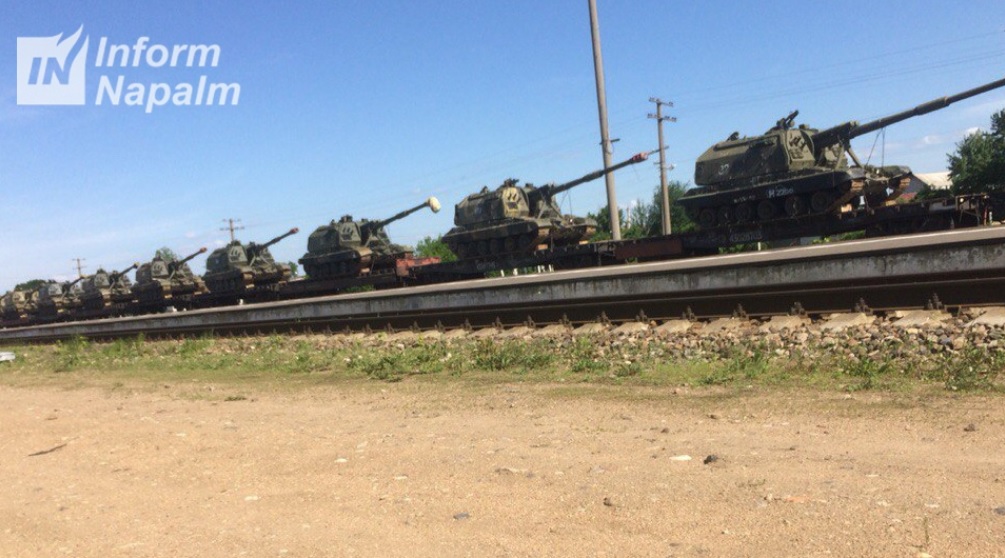 At the moment, the 144th MRD has the following units:

The city of Klintsy, located in the zone with an elevated level of radiation due to the Chernobyl accident, only 34 kilometers from the border with the Mahiliow Voblast of Belarus and 42 kilometers from the Chernihiv Oblast of Ukraine, has become a permanent deployment location for two Russian infantry regiments.

The first unit to be based in Klintsy was the newly formed 488th MRR (military unit #12721). Since 2019, it has been under command of Colonel Vladimir Koralo. 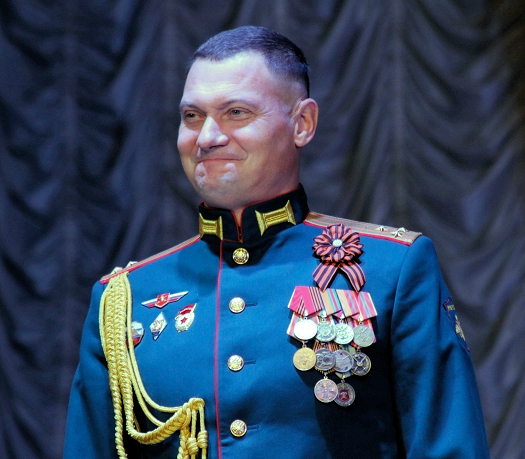 Since May 2016, the units of the 28th MRB freshly redeployed from the Urals were located in the area to the north-west of Klintsy, near the village Filatov Khutor, A field camp for personnel and hardware was set up.

In the late 2016 and early 2017, the personnel was moved to the territory of the restored military town #2 (coordinates of the location: 52°44’49.4″N 32°15’02.3″E). Through open source intelligence we could determine that the personnel was quartered in two reconstructed three-story open-layout barracks designed for 300 soldiers, and in three combined two-story dormitories for 200 military men each. Estimated capacity of the barracks in the garrison is up to 1,200 military men. 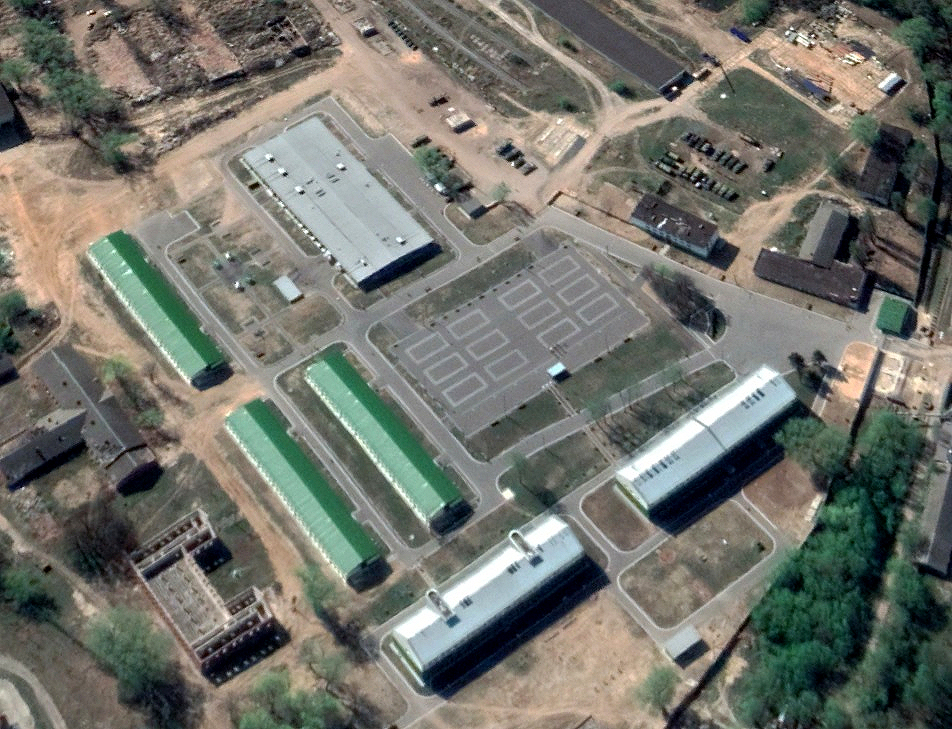 According to the approved master plan, two more dormitories were to be built on the garrison territory and one building was to be reconstructed to accommodate up to 700 more military men. It was also planned to build at least 14 storage facilities for military hardware designed for a total of 470 vehicle parking positions. However, as of October 2019, the list of completed large facilities included five barracks, a reconstructed canteen for 1000 people, reconstructed regimental headquarters and parade ground. 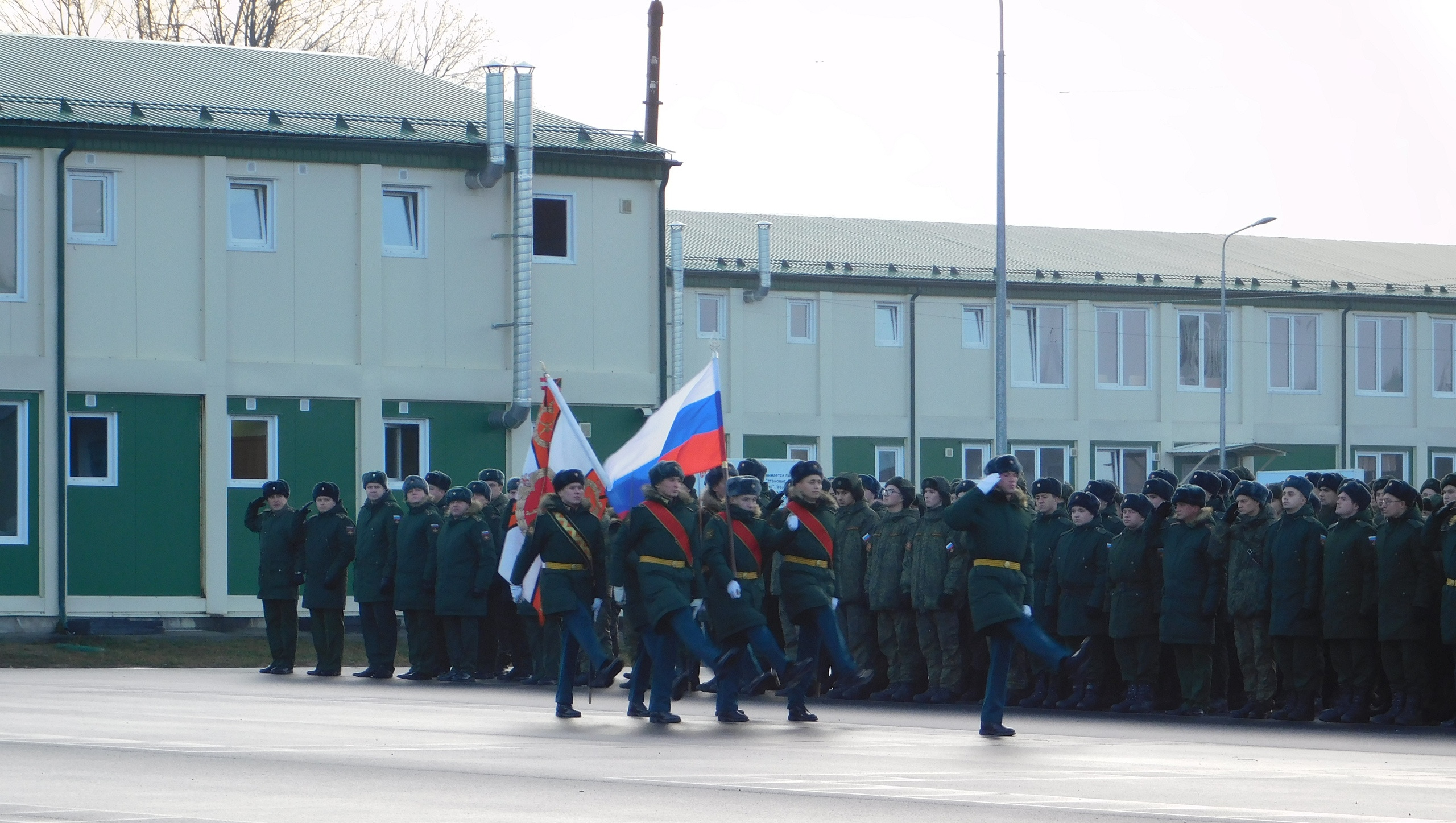 From late 2016 and early 2017, armaments and military equipment began to be moved from the camp site near Filatov Khutor to the village of Zaimishche, an administrative part of Klintsy located in the south of this city. Here, in the period from the end of June to September 2016, they began to build a field storage for armament, military and special-purpose equipment (41 km from the border with Belarus; coordinates of the location: 52°43’02.2″N 32°16’18.0″E). 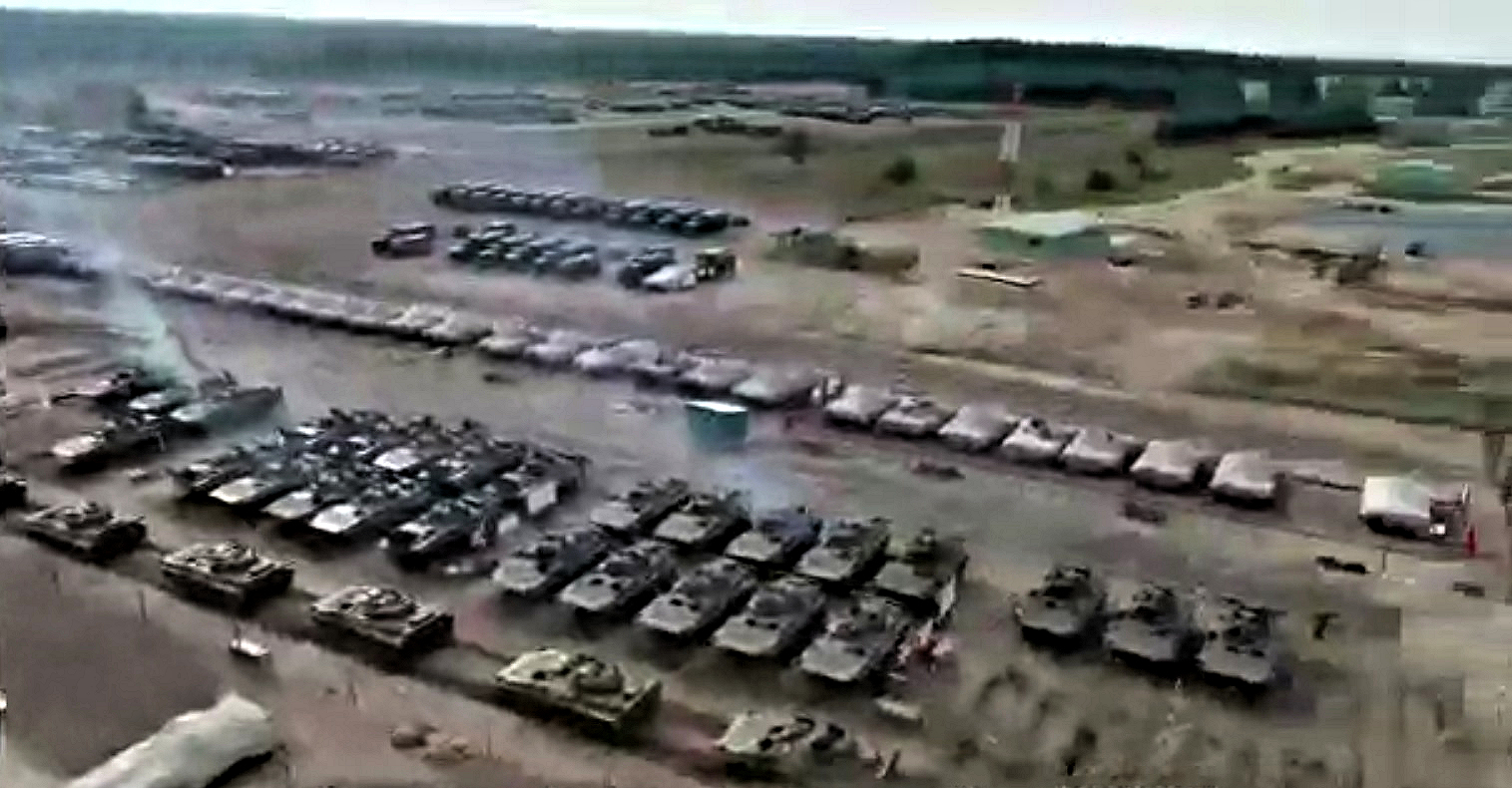 The field storage in Zaimishche is organized on battalion principles. Its layout and equipment provide, above all, the ability to quickly drive out the hardware in case of combat alert. At the same time, the protective features of the terrain are practically not used; the vehicles and armament are not screened or camouflaged. 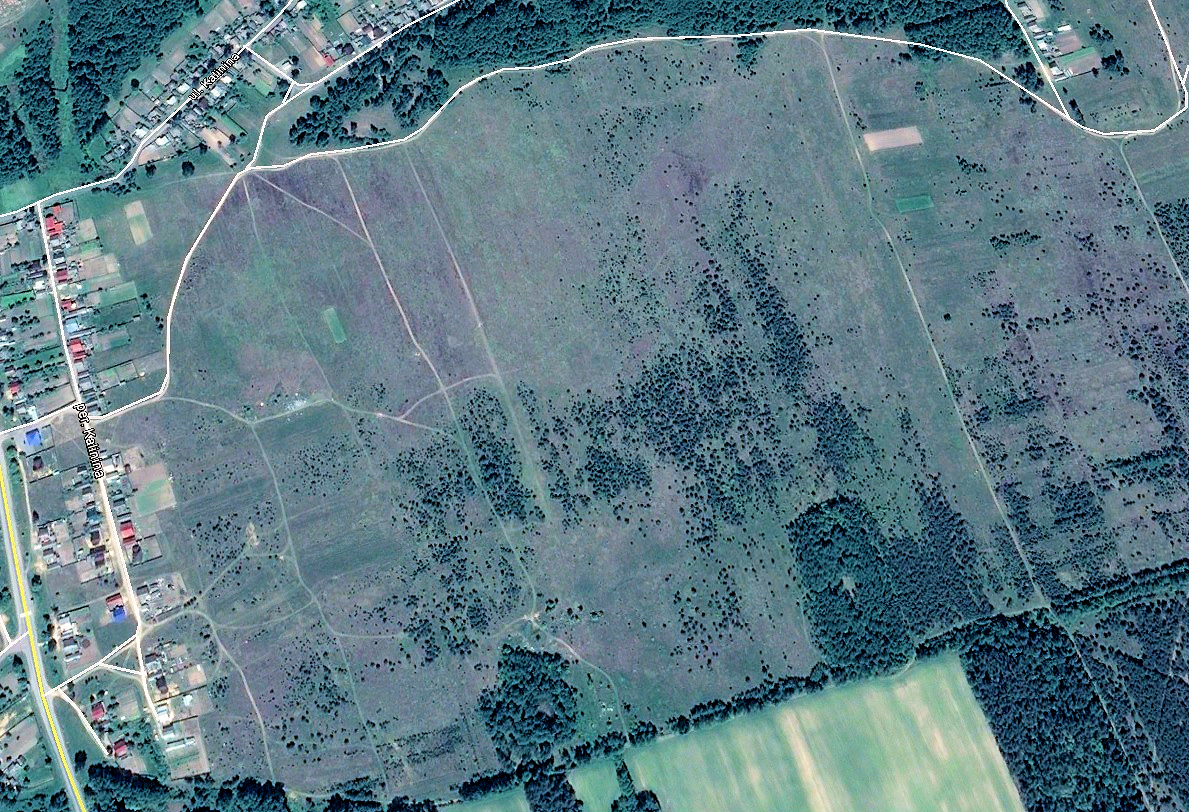 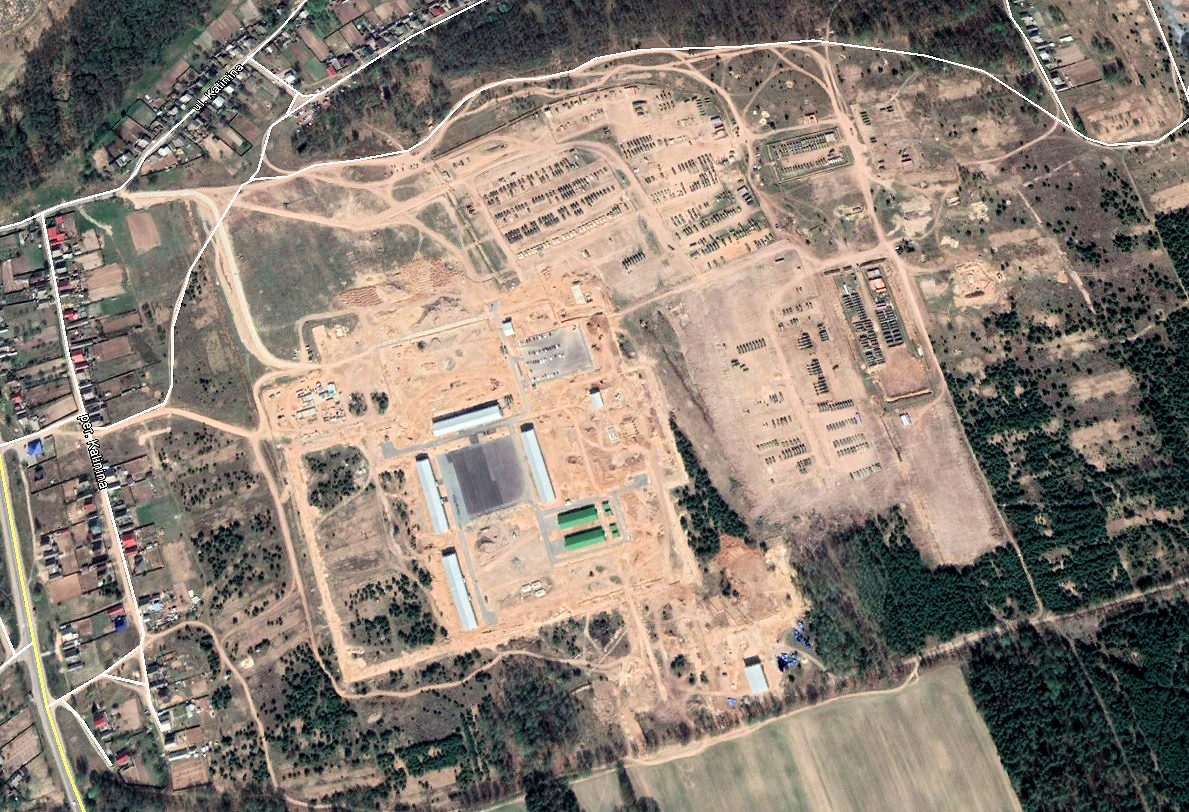 The analysis of satellite images reveals that the 488th MRR consists of three mechanized infantry and one armored battalion, one howitzer and one artillery and missile battalion. 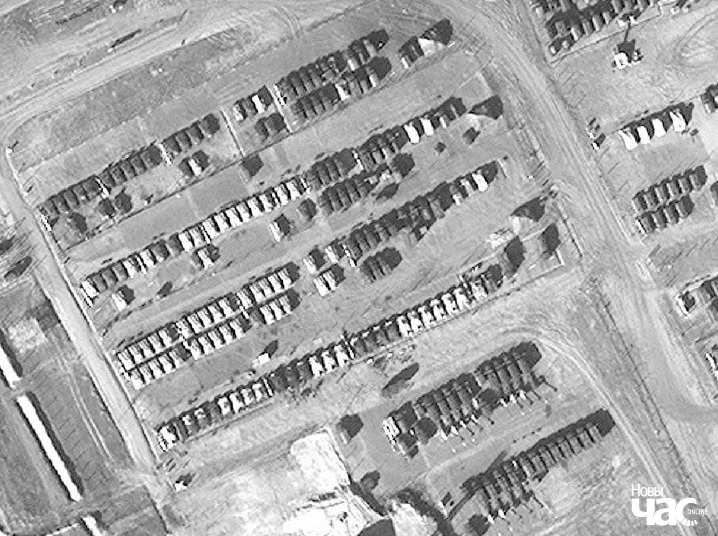 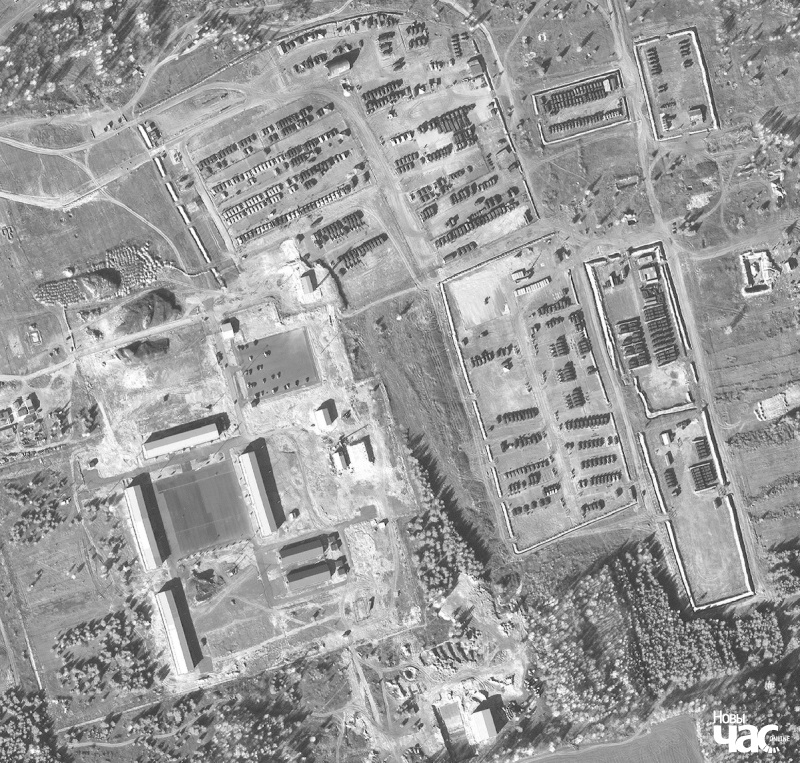 It is significant that the total area of the military base in Zaimishche village in May 2018 was 25 hectares, whereas by October 2019 the plot more than doubled to over 60 hectares. The territory of this military facility is set to further expand while its personnel and equipment is being upgraded and new subunits being formed.

Satellite photos for comparison of the Zaimishche base area, left – May 2018, right – October 2019 / TerraServer, DigitalGlobe

Today, it is not yet a full regiment, but rather a battalion task force in terms of personnel and available hardware. The analysis of satellite photos reveals that it consists of an infantry battalion equipped with up to 40 AFVs (presumably BTR-80 and BTR-82A armored personnel carriers) and reinforced with a tank company (at least 8 main battle tanks, probably T-72BA). In addition, there are several dozens of artillery systems in service, including a battalion of 2A65 Msta-B towed 152-mm howitzers (12 pieces recorded) and several BM-21 Grad multiple rocket launchers. The staffing of this unit to a full regiment is still underway.

In the summer of 2018, the construction of barracks for military personnel began on the territory of the field storage in Zaimishche. For several months, until October 2018, four modular structures were built with a total capacity to quarter at least 800 military men. Most probably, the personnel of the 254th MRR is housed in them. 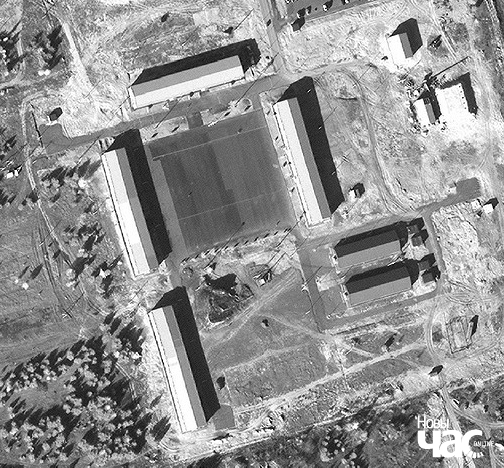 The active redeployment of military hardware from the Russian inland areas to the border with Belarus coincides with the intensification of measures on the part of the Russian Federation to implement the so-called “Union State”. Despite the fact that Belarus is one of the main military allies of Russia, with a joint regional alignment of forces and a joint air defense system, Russian command is deploying a self-sufficient attack front along the Belarusian border with the assets of the 144th MRD. 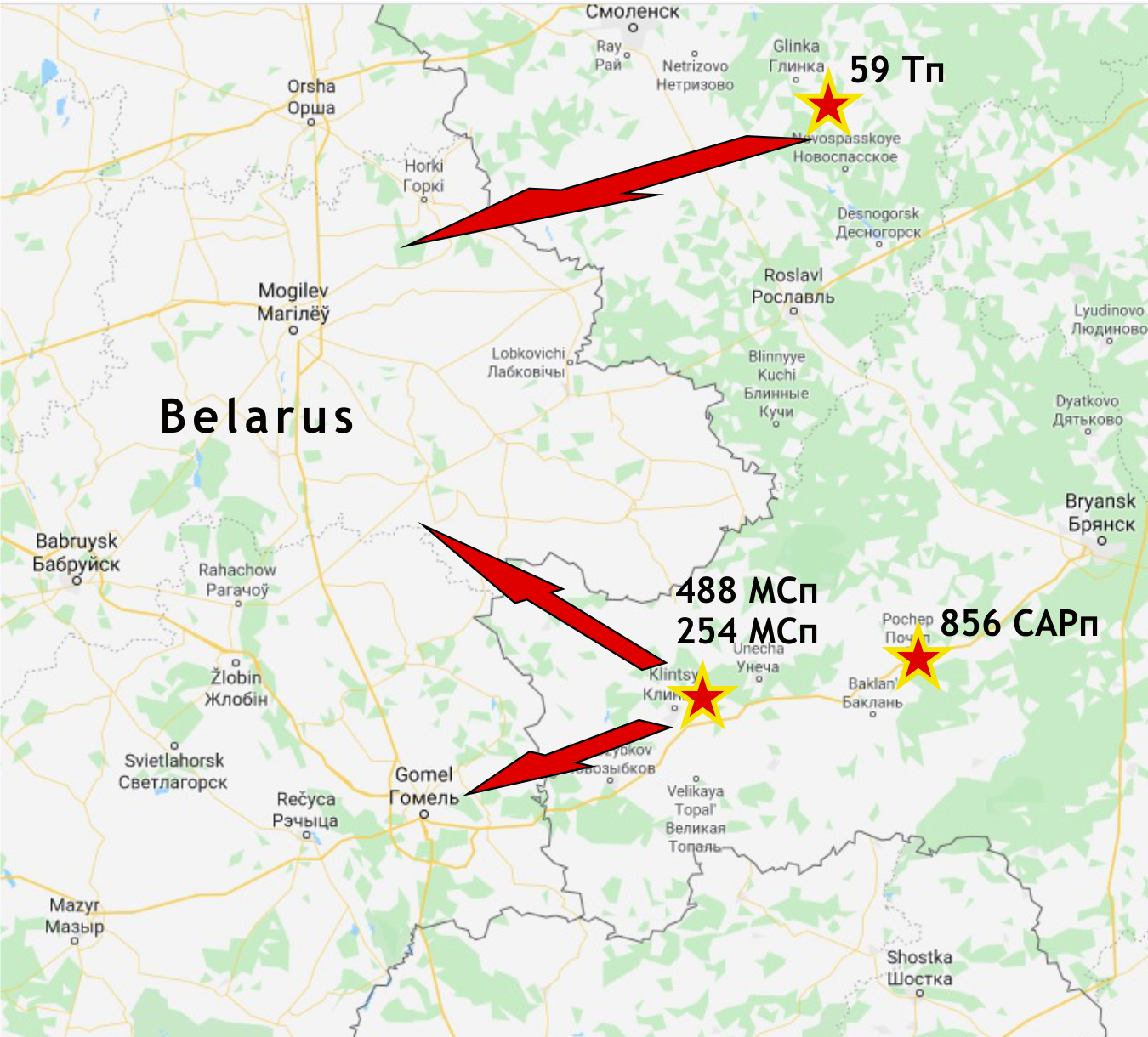 The military base in Klintsy is located only 90 kilometers from Gomel and is connected to the city by rail and a regional highway. It has become the permanent deployment location for the 28th MRB from Yekaterinburg, which gained significant combat experience during the Russian military aggression against Ukraine and Syria. The newly redeployed and reorganized units of the Russian army have significant potential for conventional and hybrid military operations in Eastern Belarus, if other means to force the integration of Belarus with Russia prove ineffective. This is clearly a factor of direct political and military pressure on the leadership of the Republic of Belarus.

The absence of border control from Belarusian side and significant military buildup on the border with Russia in the Mahiliow and Gomel Voblasts significantly increase these threats.

Apart from the Belarusian strategic direction the newly redeployed units of the 144th MRD can be used by the Russian army against Ukraine as well. A full-scale invasion scenario of the Russian Armed Forces into Ukraine provides for the use of the territory of Belarus as a massive bridgehead for a strategic offensive with mechanized infantry reinforced by the 1st Tank Army. Elements of these actions have already been trained during the Zapad-2017 joint strategic military exercises.

No Responses to “Russian offensive forces near Belarus and Ukraine: Klintsy”