History of Ukraine: From Skoropadsky to Petlyura. 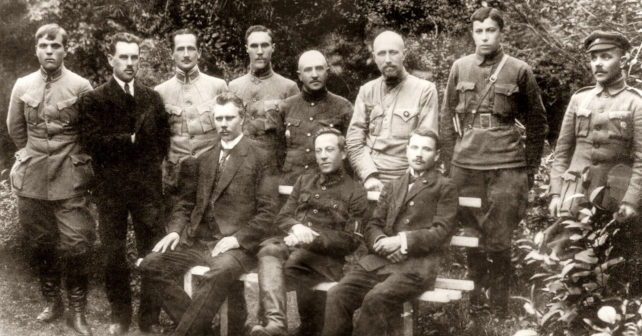 Some trivia about Ukraine on the 29th anniversary of country’s Independence by George V.Pinchuk. From Skoropadsky to Petlyura. Part 7.

From the first days on his new job, Hetman Skoropadsky showed a colossal energy and capability as a statesman. He quickly formed a new Ukrainian government. In the first days of May, F. Lysohub, a millionaire-landowner and a descendant of the old Cossack aristocracy, was appointed Otaman (Prime Minister). Lysohub worked closely with the German military administration with the goal to stop anarchist seizures of property all over rural Ukraine. Of course, in that tumultuous time, the process of stabilization in rural areas did not always go peacefully. Poor peasantry was still frustrated. Much anger was caused by the Hetman’s decision to make landowners legal owners of the 1917 winter crops. By the end of May, peasants in Yelisavethrad district of Central Ukraine revolted, soon to be followed by anarchist elements in Zvenyhorodka and Tarashcha near Kyiv. The revolts were suppressed by Austrian soldiers who executed close to 200 rioting men by fire squads or hanging. (For comparison, in January-February 1918 the Red Guards killed more than 10,000 “counter-revolutionaries” in Petrograd and Astrakhan, Russia, and in July 1918 massacred the entire population of the city of Yaroslavl and burned the city to the ground.)

Skoropadsky was a man of conservative convictions, and yet he disliked extremists. He did not outlaw the leftist parties, such as the SR (the Party of Socialist Revolutionaries); moreover, a member of the SR, D. Doroshenko, was appointed Minister of Foreign Affairs. In its foreign policy, the Hetman tried to be as peaceful as possible. Ukraine made peace treaties with Bolshevik Russia on May 12, and with the Don Cossacks – on August 7, 1918. Importantly, the new Minister of Finanses, Rzepetsky, did a fantastic job creating a sustainable finance system. The industries and trade began to work as never before. Big cities all over Ukraine acquired electric lights. Trains began to work on time. The contemporaries were astonished when they traveled from Russia to Ukraine: in summer and fall 1918, once they left behind the land of the Russian “Military Communism” with its complete economic ruin and disorder, they suddenly would find themselves on a different planet. In Ukraine, they saw electric lights, clean paved streets, stores and markets full of all kinds of goods, restaurants, theaters, cinema, symphony orchestras etc. Two new Universities were founded where subjects were taught in Ukrainian, and hundreds of elementary, middle, and high schools. The first Ukrainian Academy of Sciences was officially inaugurated in November 1918. 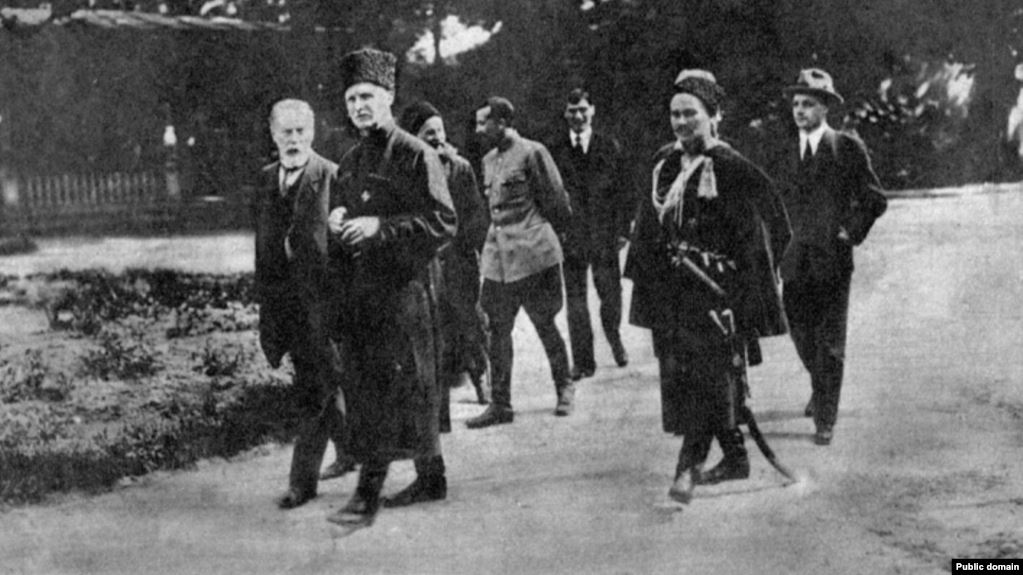 Hetman Pavlo Skoropadsky in front (in a black hat) in the yard of his residence. 1918

Things went south, however, when the two major allies of the Hetman, Germany and Austria, were defeated in WW1. The German occupational army remained in Ukraine till December 1918, but it could no longer patrol the Ukrainian cities and villages as the soldiers were eagerly waiting for the orders to return home. Hetman Skoropadsky began to seek new allies, so he corresponded extensively with the leaders of the Entente and of the Russian White armies. On November 14, 1918, he announced his decision to make the Ukrainian state a member of the Federation with non-Bolshevik Russia, where the leaders on the Russian side would be Gen. Anton Denikin and other luminaries of the anti-Communist resistance. Skoropadsky did not mean that he wanted to abolish the Ukrainian independence, seeing the future federative state as one giving Ukraine as much power and freedom as it would give Russia. Yet, this decision caused a furious reaction of Ukrainian Nationalists, especially in the recently formed organization called Ukrayinsky Natsionalny Soyuz (UNS), chaired by notorious V. Vynnychenko. The UNS became the center of the anti-Hetman uprising with its main headquarters in Bila Tserkva south of Kyiv. Vynnychenko became the head of the so-called Dyrektoria, a small group of leaders with dictatorial prerogatives.

On November 18, 1918, the troops gathered by the Dyrektoria clashed with the troops loyal to Hetman Skoropadsky near Motovylivka railway station in the Vasylkiv district south of Kyiv. Hetman’s troops included his personal bodyguards called the Serdyuks (200 mounted and 700 on foot), and 600 foot soldiers under the command of General-Major Prince O. Svyatopolk-Myrsky (all of them former officers of the Russian imperial army). The Dyrektoria troops consisted of units of the Sichovi Striltsi – superbly trained and disciplined professional military men whom we already mentioned in our description of the Arsenal uprising of January 1918 (see Part 5). The total number of the Striltsi was only slightly bigger than the number of troops loyal to the Hetman. However, the Serdyuks had no military experience to speak of; before that fatal date, they were used mostly for military parades. The battle started at about 9 a.m., and by 3 p.m. the Serdyuks were forced to retreat. Unfortunately for them, they chose the route of retreat that included crossing of the railroad tracks. During the crossing, almost all of them were killed by the machine gun fire from an armored train of the Sichovi Striltsi. Almost all 600 men of the Svyatopolk-Myrsky brigade also perished under the sabers and bayonets of the Sichovi Striltsi. After this tragic event – a massacre of Ukrainians by Ukrainians! – Hetman Skoropadsky had no real military power. On December 14, 1918 he officially resigned and emigrated to Germany. The Dyrektoria became the new rulers of Ukraine. 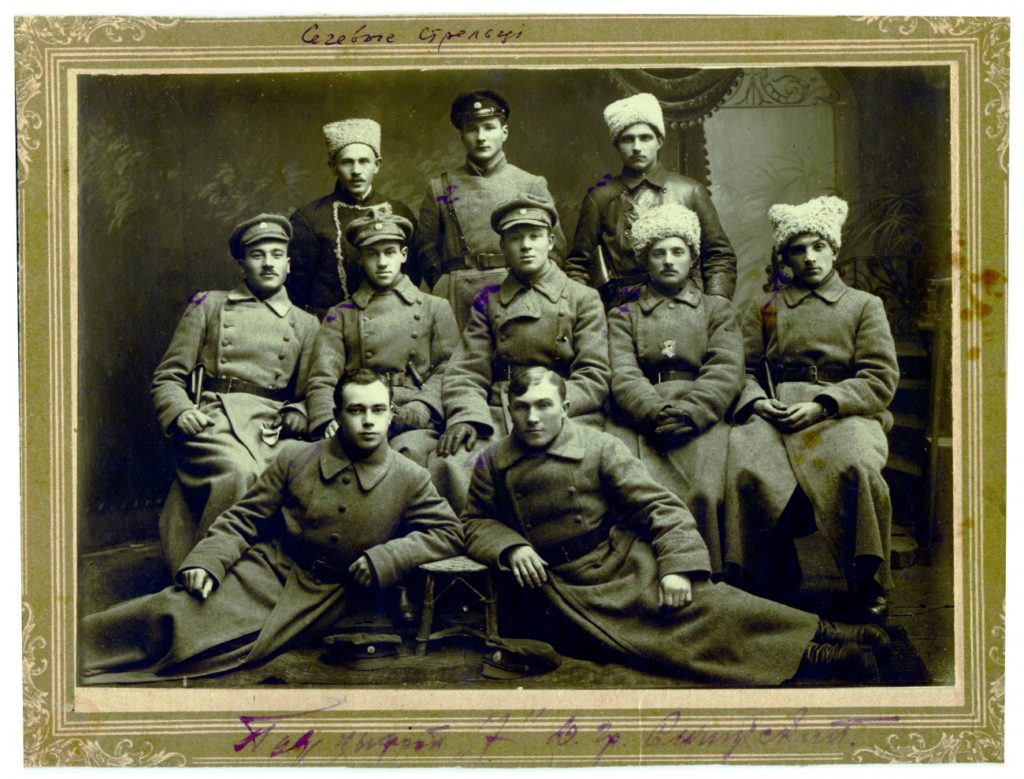 The Dyrectoria formed a new cabinet headed by V. Chekhivsky, a Social Democrat, although Vynnychenko remained most active and influential. Symon Petlyura, himself a member of the Dyrektoria, was appointed the new Defense Minister (officially called the Holovnyy Otaman, i.e. Commander-in-Chief, of the Armies of the Ukrainian People’s Republic). On May 9, 1919 Petlyura was made the Head of the Dyrektoria, thus acquiring all of the prerogatives of a dictator. 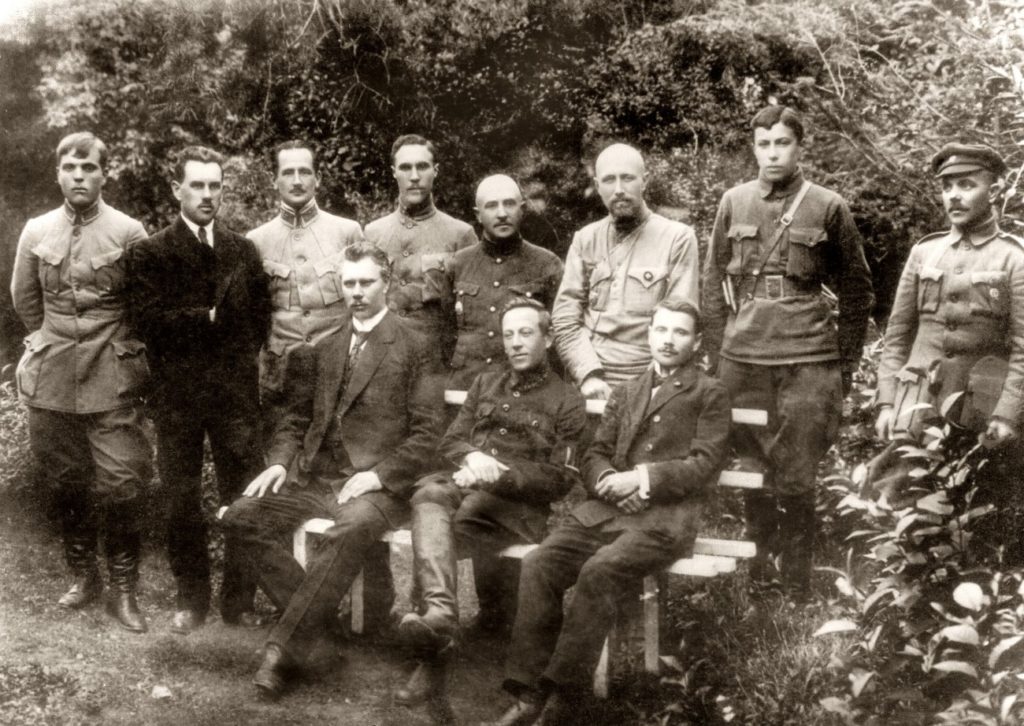 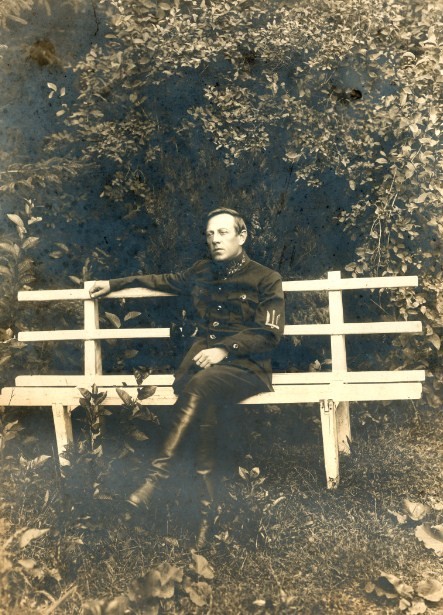 Symon Petlyura’s biography is quite unusual. In a way, being of low birth, he was an antagonist of Hetman Pavlo Skoropadsky. He was born in Poltava, East-Central Ukraine, in 1879. His father, Vasyl Petlyura, was a cabbie, and his mother, Olha Marchenko-Petlyura, was from a long line of rural Orthodox priests. Symon has three brothers and five sisters. He was educated at a parochial school and then at an Orthodox Spiritual Seminary in Poltava. Being a devout Orthodox Christian, Petlyura as a seminarist was also a passionate fan of the Ukrainian literature, especially of Taras Shevchenko. When he was 20 and still a seminary student, he organized a celebration of the great poet’s 86th anniversary. The keynote speaker at that celebration was the famous Nationalist M. Mikhnovsky. Under the influence of Mikhnovsky’s speech, Petlyura joined an underground group called the Revolutionary Ukrainian Party (RUP) and took part in rallies protesting against the national oppression of Ukrainians in Tzarist Russia. In 1902, fearing arrest and exile or prison, he left Poltava for Kuban, a region across the Kerch Straight from Crimea, traditionally populated by descendants of the Ukrainian Kozaks. There, the young man became an enthusiastic collector of folklore, and a correspondent of the editorial board of a literary magazine published in Lviv by Mykhailo Hrushevsky.

In 1904, Petlyura emigrated to the Austro-Hungarian Empire and settled in Lviv. He became close to Hrushevsky and also to Ivan Franko, who noticed Petlyura’s passion and talent of a historian and ethnographer. Next year, he met Volodymyr Vynnychenko at a meeting of the RUP. The two men were ideological allies, and yet they became tough competitors. Petlyura could not accept Vynnychenko’s Bohemian tendencies and doubted the Sci-Fi writer’s Ukrainian patriotism. In 1906, after the amnesty granted to political prisoners as a result of the first Russian revolution, the two rivals returned to the Russian Empire. Petlyura lived in Kyiv, Moscow, and St. Petersburg, where he worked as an accountant (to make a living) and as a correspondent and editor of historical and literary magazines sympathetic to the Ukrainian cause. In 1910, he married Olha Bilska, a teacher at a private boarding school for girls. The couple had one daughter, Lesya Petlyura.

In 1912, Petlyura became Editor of the literary magazine called “Ukrainian Life.” It is interesting that at that time, F. Korsch, one of the most prominent Russian scholars-philologists, wrote about Petlyura that “… people do not really understand who this man is. They think he is a Ukrainian patriot, a researcher, a writer, an outstanding editor – and all that is true. But I tell you, Petlyura is the future leader of the Ukrainian nation. He is just made of the material used to build great leaders, founders of dynasties, heroes. That is his destiny.”

Being a civilian, Petlyura nonetheless became involved in the affairs of ethnic Ukrainians serving in the Russian army during WW1, and, soon after the fall of the Romanov dynasty, was chosen as a delegate to the First Ukrainian Military Congress in Kyiv (May 1917). By the end of May, he became a member of the Central Rada and the Chairperson of the Secretariat of the Military. There, he argued bitterly with Vynnychenko, who was of the opinion that the Ukrainian People’s Republic did not need a standing army but only a “people’s militia.” In December 1917, Vynnychenko made a fiery speech where he accused Petlyura in “Bonapartism.” Petlyura resigned from his Secretary of the Military position and went to his native Poltava, where he became the Head of the Haidamaky Kish (a Kozak-style regiment) of Slobidska Ukrayina (present-day eastern Poltava and Kharkiv regions). It is just amazing how this “ethnographer,” a man with the appearance of a nerd wearing a pince-nez, personally led his Haidamaky to battle against the advancing Bolshevik troops near Hrebinka (in the Poltava region) and then near Kyiv in January and February 1918.

Petlyura reacted very negatively to the enthronement of Hetman Skoropadsky on April 29, 1918. He kept working as a leader of the Ukrainian “Zemstvo” (a committee coordinating the work of local self-governing organs in rural areas), but he actually became one of the leaders of the radical underground preparing a revolt against the Hetman. In July 1918, Petlyura was arrested and kept at the Lukyanivska prison in Kyiv on the charge of treason. However, thanks to his old connections with Social Democratic activists in Europe, he was released in November 1918. Hetman Skoropadsky felt that Petlyura was dangerous to him but yielded to pressure exerted by Social Democratic faction of the German parliament (Reichstag). On the same day he was released from prison, Petlyura went to Bila Tserkva, where he met with the commanding officers of the Sichovi Striltsi. What followed was the above described battle at Motovylivka and the triumphant march of the Dyrektoria troops on Kyiv.

Of course, the main battles were still ahead.

3.History of Ukraine: The Russian Captivity

5. History of Ukraine: The rise of nationalism in 19th century or two Ukrainian nationalisms

No Responses to “History of Ukraine: From Skoropadsky to Petlyura.”