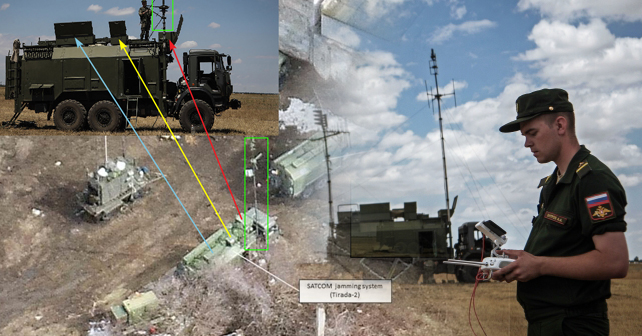 Originally, the information about a Russian modern jamming system Tirada-2 that was observed on March 16, 2019 in the occupied part of the Ukrainian Donbas was presented in the report of the OSCE Special Monitoring Mission to Ukraine. It surprised InformNapalm volunteers because according to open sources, the newest Tirada-2 systems were supposed to enter service in the Russian Central Military District in 2019.

Volunteers of InformNapam international intelligence community analyzed this information and shared it in the media with some additional clarification. The presence of this system in the Donbas indicated that the latest Russian EW system was being tested in combat against the Ukrainian army. Also, we believe that Russians use it to shut down the communication channel between a satellite and the American RQ-4B Global Hawk strategic drone which periodically conducts monitoring along the contact line.

There has been little information about the latest Russian Tirada-2 jamming system in open sources. It was not clear what the system looked like, as search engines provided different photos of various EW systems. Some articles in specialized media provided only illustrative photos, none of which had a specific signature, and contained a whole list of various EW systems which greatly complicated the search. That is why at first we provided a photo of a scale model of one of the modifications of this system, so as not to mislead ourselves and readers. 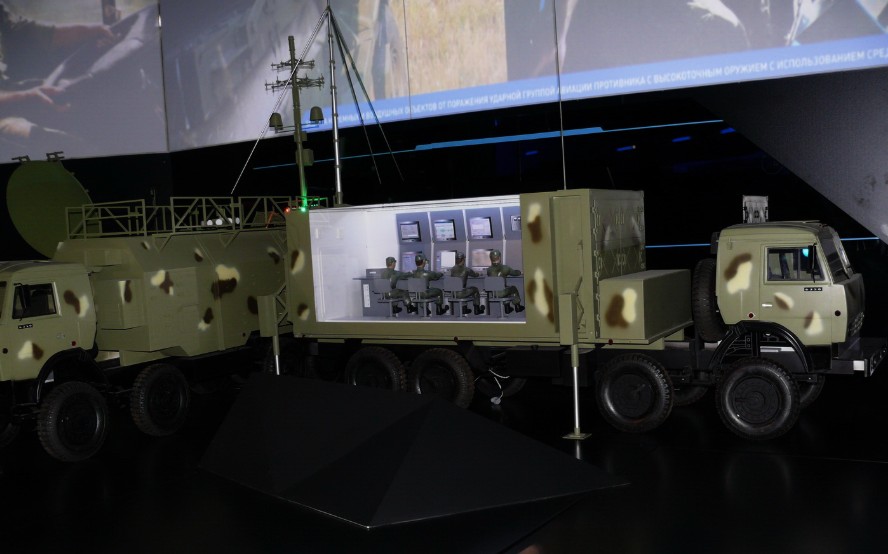 On April 3, 2019, the Twitter account of the Permanent Mission of Ukraine to OSCE & UN in Vienna published a photo of an R-330Zh Zhitel automatic jamming station and a Tirada-2 electronic warfare system that was taken on March 16, 2019, by the OSCE SMM drone near the village of Yuzhna Lomuvatka in the Donbas. 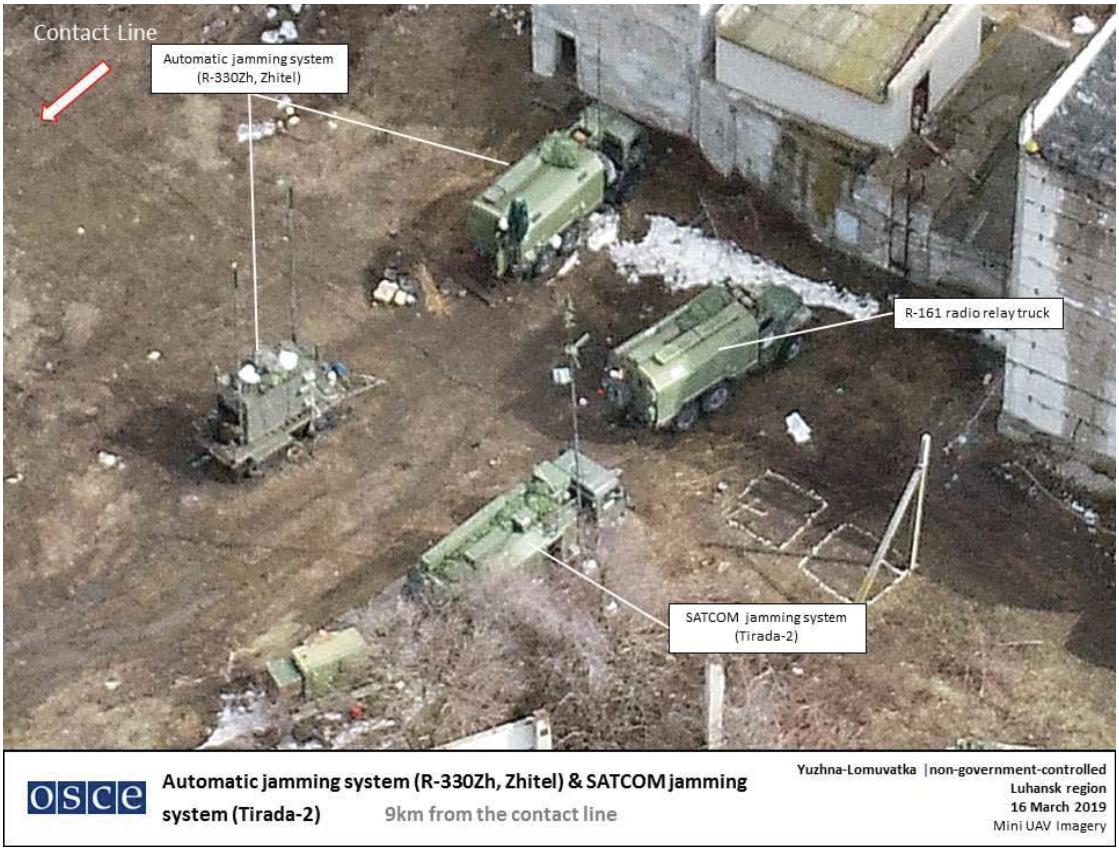 The OSCE photo did not have coordinates, so InformaNapalm volunteers reviewed publicly available satellite images in Google Maps and found the exact location of the place: 48.418126 38.511170. We also noticed that since 2017 military trucks with antennas have been seen in the photos of the area indicating that the EW systems have been permanently stationed in the area.

The photo of a Tirada-2 taken by the OSCE drone helped us in our search for original photographs of this secret complex. Probably the first photograph of it was originally published in this article on the Russian Defence Ministry website. The news was picked up by Russian RIA Novosti. Baltnews reprinted it presenting a photo of an EW system. 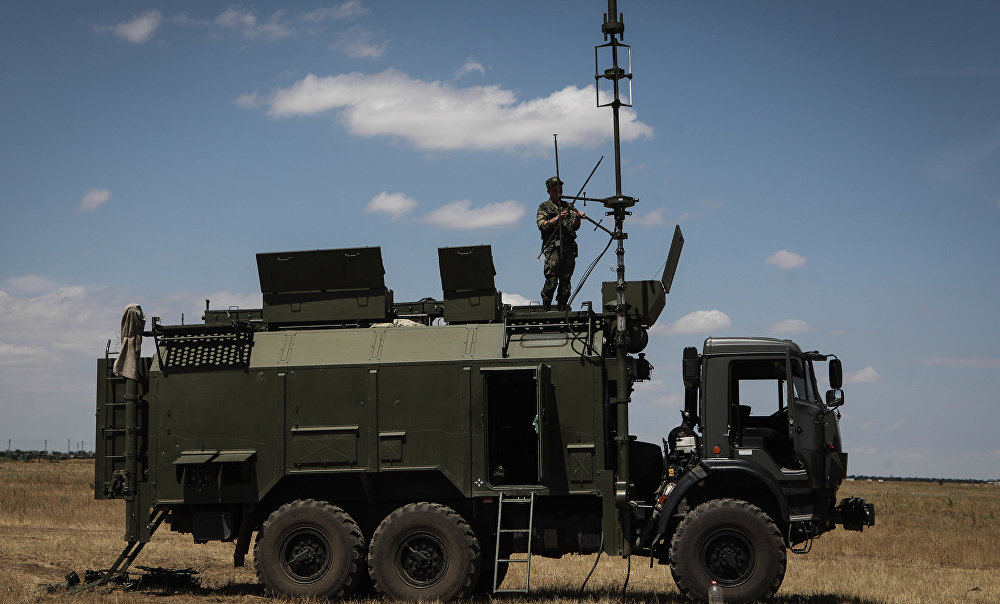 However, this photo did not indicate that it was of a Tirada-2. Only its source was provided: RIA Novosti.

We found another photograph that illustrated an article about the newest Russian EW systems: 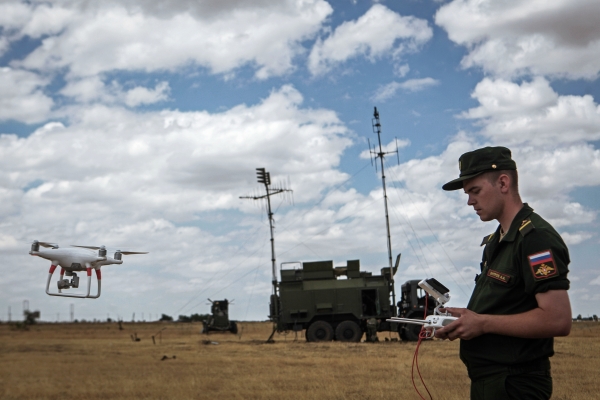 July 18, 2018. A soldier controls a UAV at the district stage of the competition for field training among the units of the electronic warfare of the Southern Military District at Nikolo-Aleksandrovsky training ground in Stavropol Krai. Denis Abramov / RIA Novosti

In the background of the photos, we see the same system, only with the deployed second antenna. The picture caption indicates that it was taken on July 18, 2018 at Nikolo-Aleksandrovsky training ground in Stavropol Krai of Russia.

Here is both photos side-by-side:

InformNapalm volunteers compared the photo taken by the OSCE drone in the Donbas and the photo taken during the competition at the Russian training ground and concluded that this is the same system: Tirada-2. 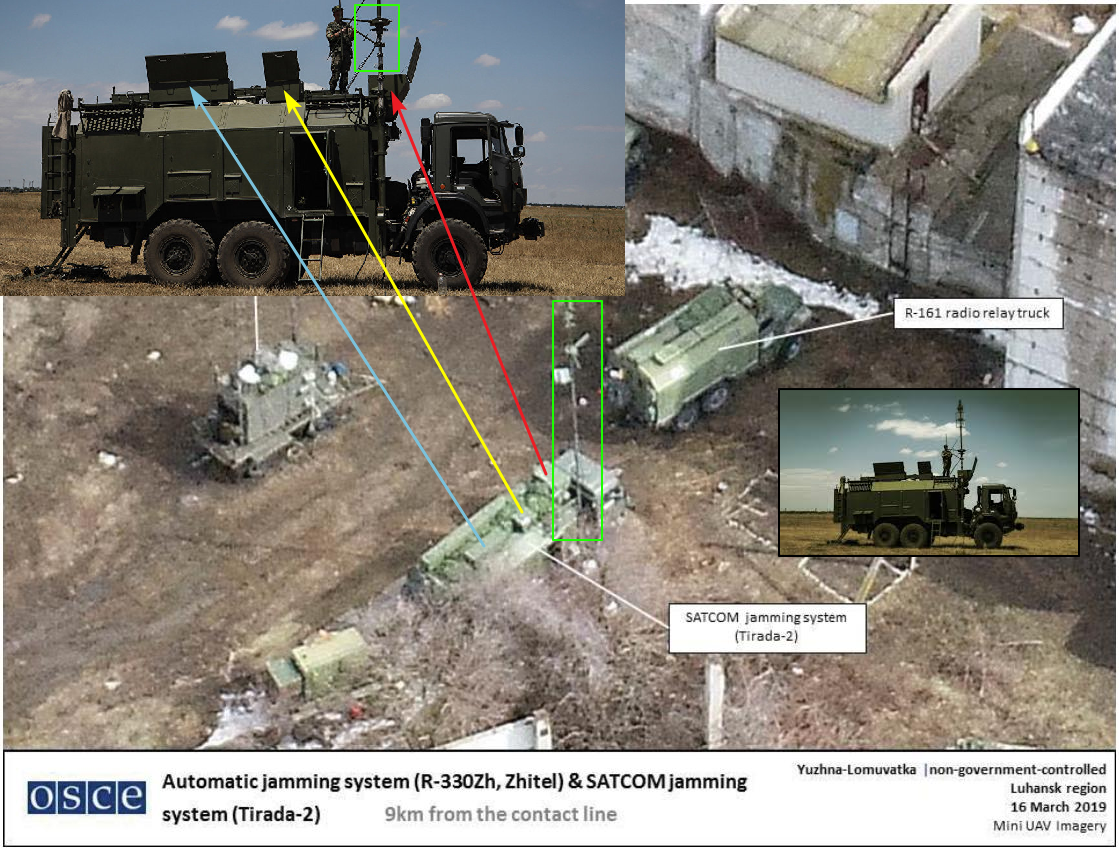 Clear photo record of this system in the Donbas is very important. The Russians tried to prevent leaks of photos of this newest EW system into open media. However, we were able to recognize this system through information from the OSCE CMM report.

We hope this will help pro-Ukrainian inhabitants of the occupied territories to recognize and photograph the latest Russian systems and provide this information to us for further documenting the facts of the Russian military invasion into Ukraine.

The interactive database of InformNapalm community can also be used to recognize the types of weapons and military equipment of the aggressor. Together we will win!

An active link to the authors and our project is obligatory for any reprint or further public use of the material.
(Creative Commons – Attribution 4.0 International – CC BY 4.0)
Repost and share with friends.
Follow InformNapalm on
Facebook / Twitter