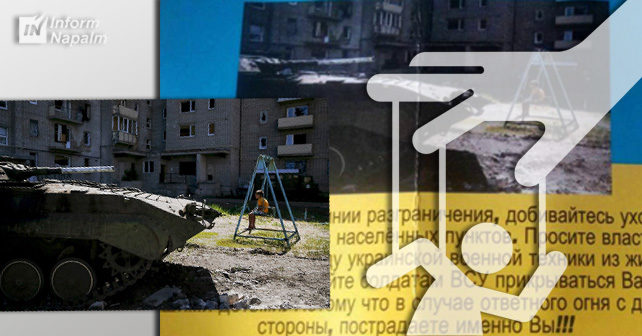 Volunteers of InformNapalm international intelligence community analyzed the leaflets spread by Russian occupation forces in the village of Zolote-4 with the purpose of putting psychological pressure on the local population.

On October 29, 2019, the withdrawal of troops and military weapons at disengagement site No. 2 near the village of Zolote-4 in Luhansk Oblast began. After the withdrawal of Ukrainian forces, this village has repeatedly come into the focus of news. Russian occupation troops repeatedly fired at areas near the withdrawal site using mortars and 122 mm howitzers. Now, after a long period of shelling, Russian invaders resort to tactics of informational and psychological warfare against the local population and distribute leaflets in Zolote-4 in order to incite local residents to actions demanding further withdrawal of Ukrainian troops.

On March 31, readers of InformNapalm sent us a photo of a leaflet that was found in the village of Zolote-4. The text of this leaflet, written in Russian language against the background of blue and yellow colors of the Ukrainian flag, represents a clear example of information and psychological pressure on the local population. Also, there is a photo in the leaflet to enhance psychological impact. 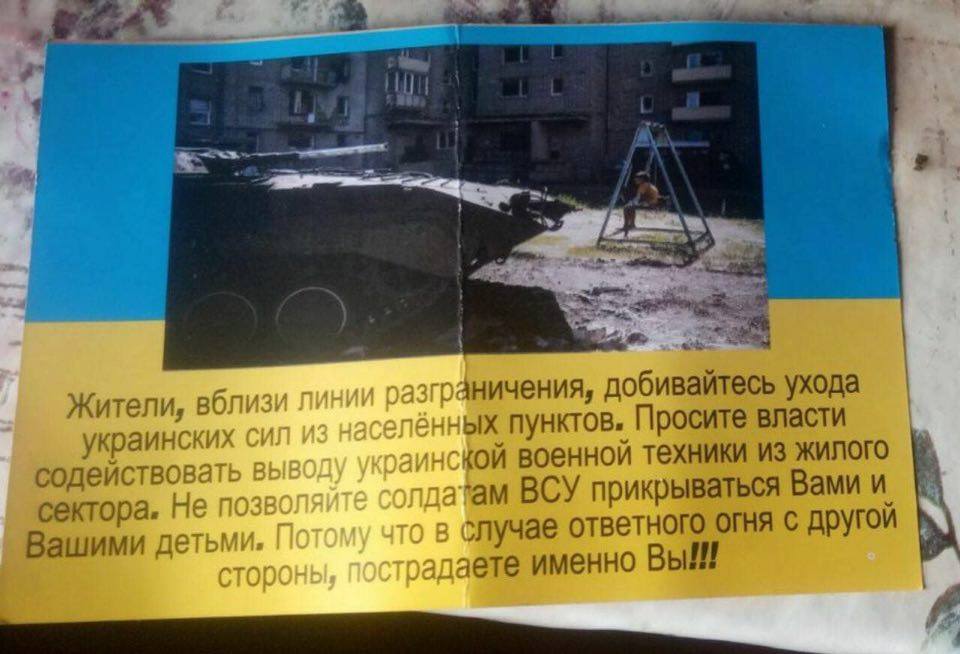 The text of the leaflet is as follows: “People near the disengagement line, demand a withdrawal of Ukrainian forces from the settlements. Ask authorities to assist in the withdrawing of Ukrainian weapons from civilian neighborhoods. Do not let Ukrainian soldiers hide behind you and your children because you will be hurt by retaliatory fire!!!”

What can be learned from the photo

InformNapalm volunteers decided to look for the source of this photo. The search showed that the photo was repeatedly used by Russian propaganda news resources. 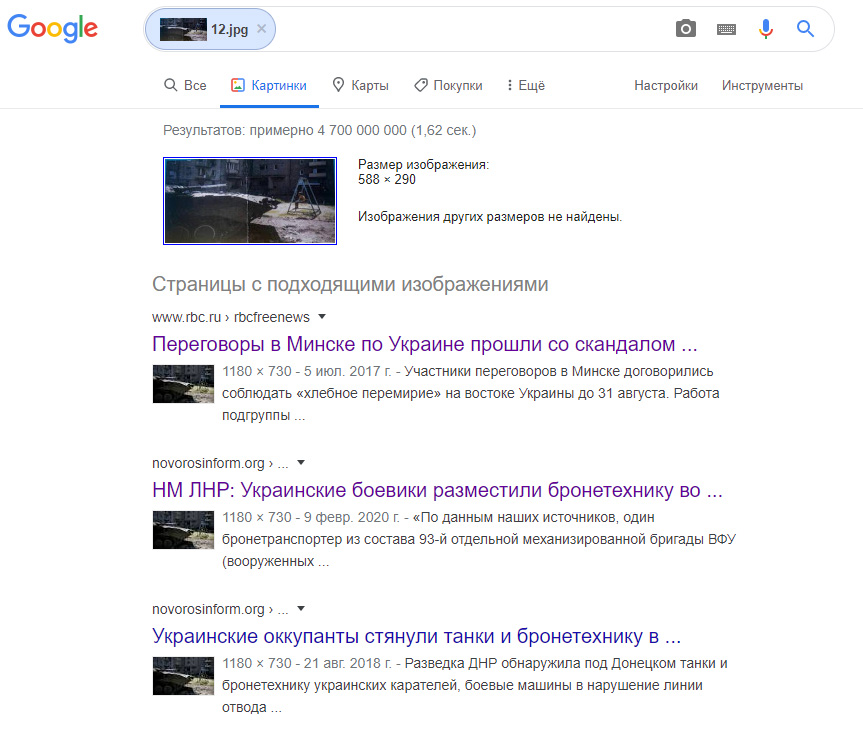 For example, in a February 9, 2020 article on the Novorosinform website, this photo accompanies a fake message about placing Ukrainian armored vehicles in a courtyard next to apartment buildings in Kryakivka, Luhansk Oblast.

On August 21, 2018, the same website used the above photo for another fake message regarding the placement of Ukrainian weaponry among houses in the town of Krasnohorivka, Donetsk Oblast.

However, these locations have nothing to do with the photo above. Another Russian news website RBC.ru also used the above photo to illustrate the July 5, 2017 news  regarding the Minsk talks. The photo in this article was signed: “Avdiivka, Ukraine. June 2015 (Photo: Gleb Garanich / Reuters)”. 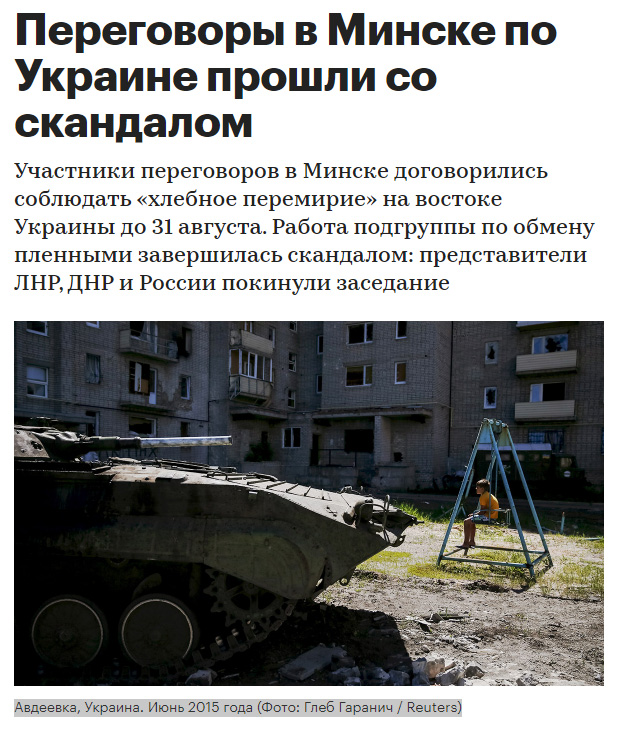 InformNapalm volunteers also determined that the photo was taken near a well-known 9-story apartment building on the eastern outskirts of Avdiivka with the address: 15 Vorobyev Street.

The same photo was used more than once to accompany fake messages on the site Novorosinform.org (which was registered by a private person in Moscow) and printed on leaflets spread to apply informational-psychological pressure on the civilian population in Zolote-4.

It seems that Russian officers responsible for information and psychological operations in the Donbas are fond of this particular photo owned by Reuters. Year after year, it shows in both paper and electronic materials aimed at discrediting Ukrainian troops. The photo was illegally used to create fake material without specifying the source, location or date it was taken.

As a reminder, in addition to printed propaganda leaflets and fake news on Russia-controlled websites, the Russian Armed Forces also actively use the latest electronic warfare tools for sending SMS messages to Ukrainian servicemen and civilians in the Donbas.