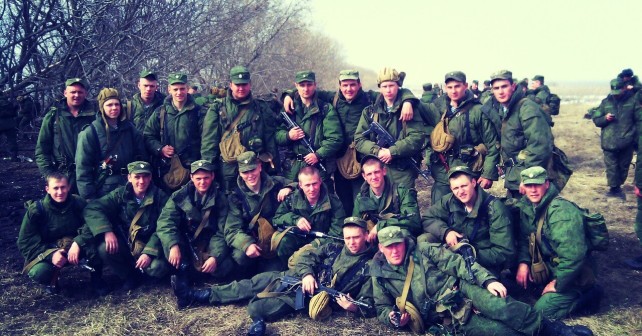 The further from these events, the more details of ‘the Crimean scam’ appear. Remember, Mr. Girkin-Strelkov talking about ‘the referendum’ in Crimea: “Militia was gathering the deputies, to force them into the hall so that they could finally adopt a decision. I was one of the commanders of these militants and saw everything from inside with my own eyes…”

Besides ‘little green men’, there was also a constantly exaggerated theme of local self-defense forces, reinforced by former Ukrainian ‘siloviki’ (i.e. former employees of the police and special units, who fled Ukraine after the collapse of Yanukovych) all together.

But “marching columns” of defectors from the former Ukrainian police in fact consisted entirely from the disguised Russian servicemen. Do you remember a famous Russian paratrooper Nikolay Kozlov, who lost his legs in Donbas?

Nikolay Kozlov with his father. Medal For the Return of Crimea is on Nikolay’s chest.

As Novaya Gazeta reported, based on the data provided by Ozersk Military Commissariat, Nikolay Kolzov, 21 y.o. trained as car repair specialist, served in 31st Separate Airborne Assault Brigade (military unit No. 73612)  until June 2013. Since August 1, 2013 he served in the same brigade on a contract basis. 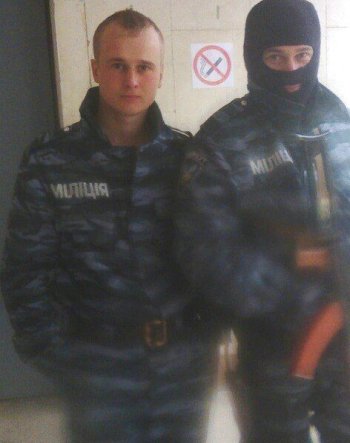 Photo Nikolay (to the left) in the uniform of Ukrainian police. Picture from his father’s VK page, May 2014.

Crimea became a first combat mission of Nikolay Kozlov. First Nikolay was guarding the ‘new government’ in the uniform of ‘young, not-identified and polite people’, later he did the same in Berkut uniform. The picture of Nikolay, posing in the uniform of the now-disbanded Ukrainian special police unit is now widely distributed over the Internet. Many people assumed that Russian paratroopers under the guise of Berkut also participated in the crackdown of Maidan in February. The Kozlov’s uncle is sure that the picture was made in the corridor of the Supreme Soviet, which Nikolay ‘defended’ under the guise of Berkut.

Nikolay returned to Ulyanovsk with the medal for the Return of Crimea. He got married. And in August he turned up in Ukraine again, where he this lime lost his two legs.

The injury of Nikolay provoked quite different response in his family. Already mentioned Sergey Kozlov, Nikolay’s uncle and IT-specialist from Moscow wrote about the injury of his nephew on his Facebook page: “Now he is legless and disabled to the end of his life. But Crimea is ours now…” but his father, Vsevolod Kozlov, appraised the deeds of his son as an act of bravery.

“The youth is silly. They expose their pictures everywhere. And these photos are from Ukraine and from Crimea…” — says Sergey Kozlov in reply. 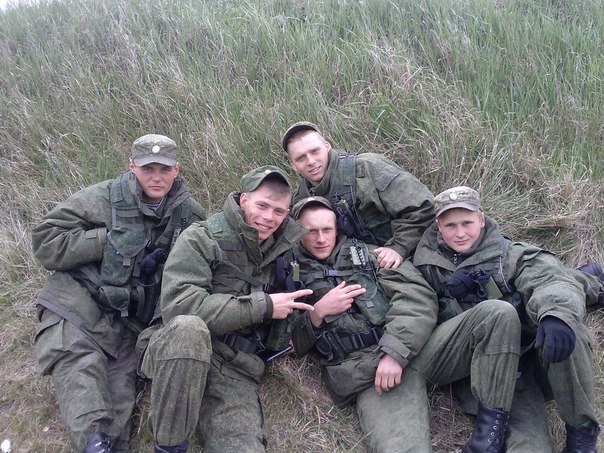 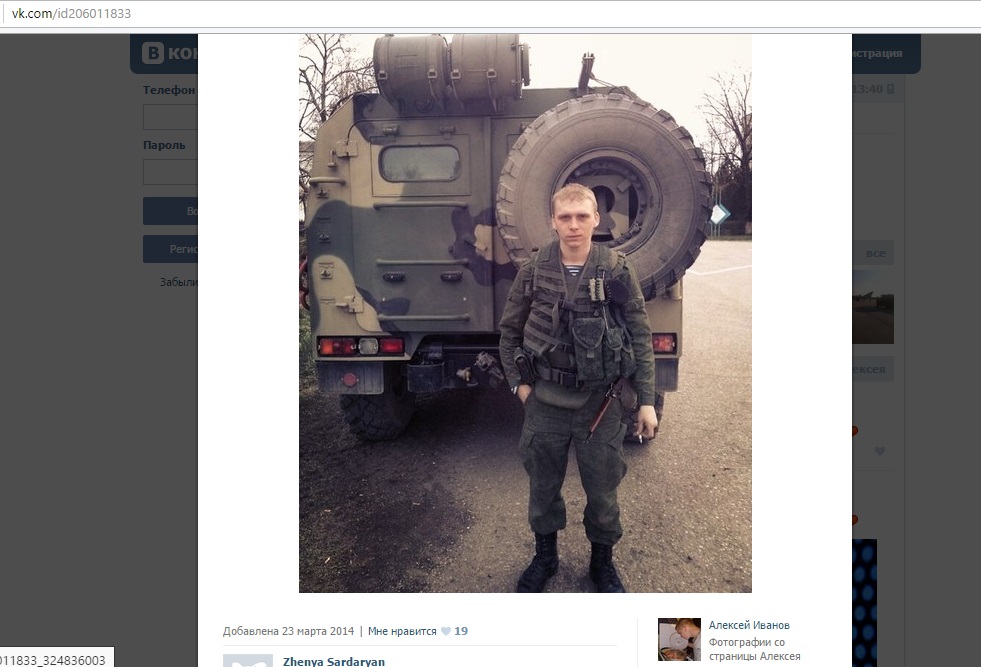 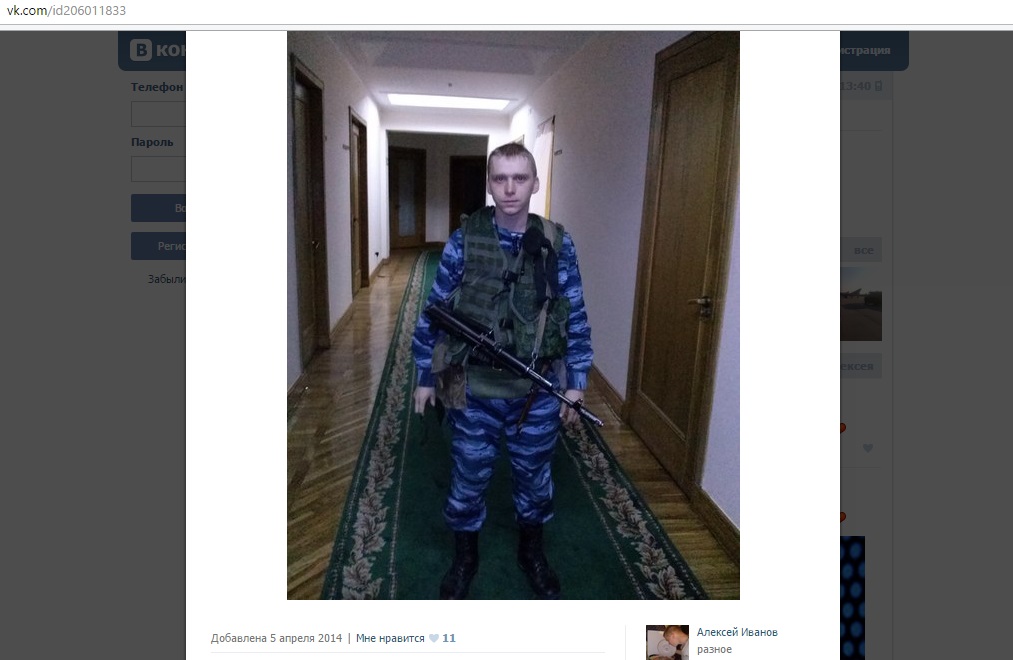 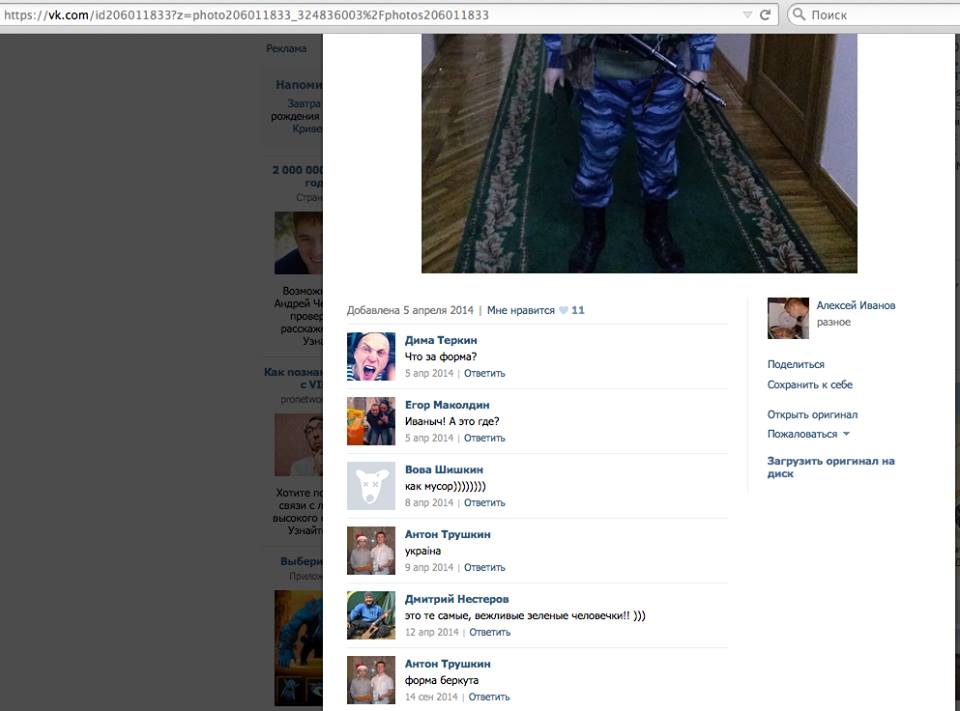 Screenshots of the comments under the photo: https://archive.is/DP98y

Have a closer look at the details. Green rug strip with golden tracery looks pretty familiar. It was featured many times in the news covering the seizure of Crimean parliament and Council of Ministers, as well as in official news about new appointments etc. 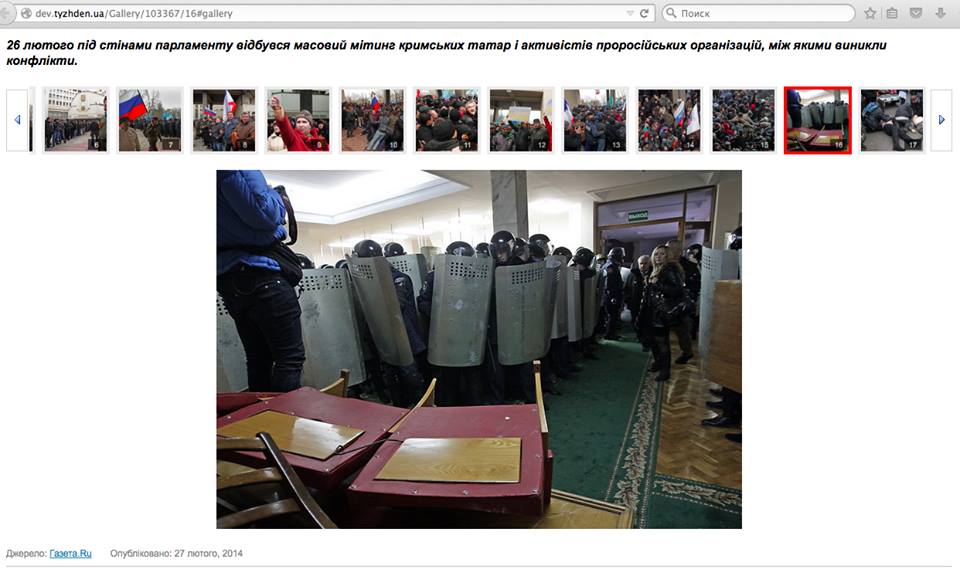 Thus, the masquerade of Russian paratroopers from Ulyanovsk 31st Brigade in Crimea, disguised in Ukrainian uniform, is only part of the scenario to impose the idea of a ‘civil war’ in Ukraine while in fact it is a war organized by the Russian Federation. Now we see a sequel of this scenario in Donbas.