Hybrid warfare – whether is it new. Chapter one 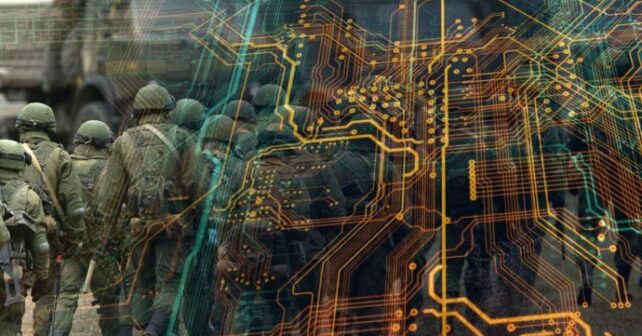 Article prepared by Info Ops Polska Foundation. Info OPS Polska Foundation was established for the implementation of projects aimed at ensuring the safety of the information environment. The project includes support for the development of the capacity to identify information and psychological operations, including conducting analyses of manipulation processes of the Polish-speaking information environment: disinformation, propaganda, social engineering and cyber activities.

The purpose and object of study: non-military tools in Hybrid Warfare.

Title:  Non-military tools of fight in hybrid warfare – upstream activities. How to prevent them and prepare own means of discouraging.

There is no discussion that adversaries, past and present, have developed creative uses of the “full-spectrum” of warfare, including the use of regular and irregular tactics across all dimensions of war.

In the view of many Western analysts it is the non-military tools, such as information, that are seen as the biggest threat in information society today.

Title: Non-military tools of fight in hybrid warfare – upstream activities. How to prevent them and prepare own means of discouraging.

The Introduction of “little green men” is followed by the whole spectrum of the so called “non military activities”. Institutions, influence groups, or single persons concerning pulse survey, infiltration, or inspiring, usually work in accordance with the law of the particular country on the premises of which they act or they make use of legislation/law vacuum. It is dangerous because these activities are hard to prevent and it is even harder to catch somebody red-handed. NATO has been created in order to prevent heavy dangers and so far, they have dealt with an identified opponent using brutal power. Nowadays, we have to learn to identify and prevent hybrid warfare dangers (like information war), which are followed by the use of military warfare. This helps with the reduction the possibility of “little green men” appearance and separating civilians from creating and engagement of paramilitary groups, opting for  the particular side in conflict.

Since the beginning of the history of humankind, as people started to group together, our history is inseparably linked to conflict, war, and violence.

In the history of the world, peace periods are constantly interlaced  with the times of war.

The course of the armed conflict in eastern Ukraine overthrows this classic division and forces us to deliberate over the question of the  time of war and the time of peace. Because how ,in this context, can we determine today the situation in Ukraine when its eastern part is taken over the war and the west lasts in peace?

At present, we are dealing with the changing face of war, its hybridization.

What is a hybrid war? Mythological hybrids are non-existent, imaginary creatures, partly human, partly animals. The best example of this is Chimera – a creature that has the head and front legs of a lion, the head and back legs of a goat, and the head of a snake for a tail. Some media appearances have a three-headed Chimera that often include a dragon head and wings to go with the other parts.

Another most recognizable example of the hybrid is the Egyptian sphinx, with a lion body, human head and occasional bird wings. Hybrids mean interspecific crosses, and the  examples cited can be the premise that  explains the nature of the hybrid war.

Simply speaking, a hybrid war can be defined as a combination of a military strategy that blends conventional warfare and  irregular warfare. It is an armed conflict in which doctrinal and unconventional organizational solutions are used. In this kind of war there follows integration into a whole, as a single organism of unconventional activities, informational struggle, cyberwarfare and asymmetric and terroristic forms.

Hybrid warfare – whether is it new?

To a considerable degree, the American theory of hybrid wars is a synthesis of prior enriched proposals by a crucial thesis of a hybridity of methods of the fight of the opponents of the USA and the West. For the precursor of the term, it is possible to regard the historian from the Chicago University DePaul and the Institute of strategic studies  (ISS) USA of Thomas R. Mockaitis who used it in his works about expeditionary campaigns of Great Britain. Because he recognized that a lot smoothly combined British campaigns and wars of the period of the decolonization to the extreme of fluidity featured  the conventional war about low intensity with the pacification of the resistance movements or fighting against terrorist groups. In  both of Mockaitis works he also underlined „hybrid” character of the British military forces supported by the diplomacy and politics.

„Hybridwarfare” is this notion  often incorrectly translated as a new kind of wars and it means indeed new but methods of the fight.

The differentiation of it introduces a greater clarity and shows that this phenomenon isn’t new. Connecting of these types of methods of the fight is something universal.

So where does  this novelty result from?

it results from the Western tradition of thinking about armed conflicts which is dominated by Clausewitz and his work (on war) which in the main measuring cup  relies on kinetic action, more widely looking at conflicts between countries and regular military forces where thanks to enforcing professional regular armies  as well as certain regulation and the law defining the military action, we can separate the war from the rest of the social life.

At present the international environment of the security is far more complex. More and more we often deal with non-government actors, and it causes, obvious stirring and consternation, because looking at least at the past conflict and the intervention in Afghanistan the Clausewitz theses do not fit. We also marginalize other classics of strategy such as B.H. Liddell Hart who was the author of the work “Strategy. Indirect actions”, issued in 1929. In this book, the author attempts to demonstrate that warheads are defeated by commanders who decide to look outside the battlefield – moving on to fight the opponent’s “indirect action.” Using force is treated as the ultimate solution and it is not necessarily  the most important in the whole competition.

In addition to analyzing British expeditionary campaigns from 1919 to 1960, another great example of how to conduct war by hybrid methods  was very Winston Churchill.

Postponing experiencing from mentioned above wars, of which was a participant created the whole machine for running the hybrid war.

As can be seen we have (we – the Western world, Euro-Atlantic, today’s members of NATO) certain not small tradition and rich base of experiences  related  with using particular elements at of running wars about hybrid character. Paying heed to current conditioning we should more and more often refresh them to effectively combat the threat to the security of the North Atlantic Alliance.

Another  flagship example widely having been commented in the USA was the conflict between Hezbollah and Israel in 2006. Already then it was pointed out that this is the future of an  armed conflict. This is one of examples that proves that the concept of hybrid wars is not a theoretical reflection, but above all the empirical observation of the changing battlefield. The war between Hezbollah and Israel in 2006 is referred to as the “fresh date” prototype of hybrid operations.

During the summer conflict in 2006, the Shiite militants shocked the Israeli public and surprised the international community with the effectiveness of the fight against the Isreali Defense Forces (IDF). In this conflict, Hezbollah showed all the elements of the hybrid war. The simultaneous use of conventional arsenal, irregular forces, guerilla tactics, psychological warfare, terrorism, criminal activity with the support of a multi-dimensional organization capable of integrating very diverse individuals, groups and cells created one large united power.

Additionally, Hezbollah had direct supporting of Iran. The help came in particular from Iranian Guards of the Revolution. This full coordination between Hezbollah and Iran was particularly significant with reference to the training, the equipment and the financial support  to Hezbollah.

Actively  supported groups by Iran of fighters of Hezbollah constituted the hybrid of guerrilla units and soldiers  of the regular army.

Additionally , the Shiite police force used the impressing conventional arsenal including such a weaponry as: the light artillery, armour-piercing rockets and armour-piercing guided missiles.

Above all, they were supported by unmanned aerial vehicles and also against ship’s guided missiles.

Using the wide range of the conventional arsenal forced Israel to call up about 30 000 of soldiers, and cost its life 119 Israeli soldiers and 42 civilians. Hurt over 1200 persons and about 50 Israeli tanks surrendered to permanent damages.

Simultaneously nearly a million of Lebanese citizens  and 300,000-500,000 Israelis had to leave their homes. Many Arabs could not return quickly due to the use of IDF clocks with time fuses.

Hezbollah did not fight only on the physical battlefield. Hezbollah challenged Israel also in the information field with a broad propaganda campaign. With his television and radio stations, he was temporarily able to describe Hezbollah and his leader, Hassan Nasrallah, in many Arab and Muslim societies as a new symbol of resistance against Israel.

Although at the end of the war Israel did not lose the war on a conventional battlefield, the Israelis drew conclusions, and the 2006 war was long overdue for debate. Israel has stepped up its counterterrorism strategy like Hezbollah by combining conventional military measures with anti-terrorism measures. This hybrid strategy combines the virtues of secret, secretive action, and the effectiveness and deterrent effect of the use of regular military force.

An example of the Hezbollah conflict in Israel in 2006 not only illustrates the characteristics of the Middle East war, but also highlights the possibility and need to develop and implement an anti-hybrid strategy.

No Responses to “Hybrid warfare – whether is it new. Chapter one”