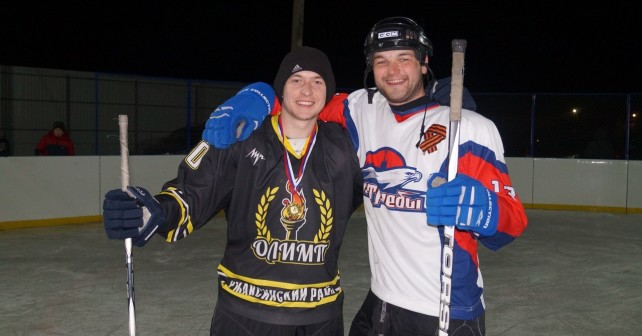 The methods and nature of patriotic education of young people in Russia are increasingly puzzling. A lot of various military-patriotic and military-sports clubs have been established in the Russian regions, where, under the pretext of love to the country, youth is instilled with hate to all non-Russian things. Teachers also play significant role in patriotic education. A recent incident in the Saratov gymnasium No. 3 is a good example – the school principal initiated fundraising for purchasing of a new aircraft for the Russian Armed Forces, but when the information leaked to the media the fundraising was terminated. And these are the actions of a common school principal – what can we expect from the people who one day work with children and the next day go to fight as mercenaries in Donbas? 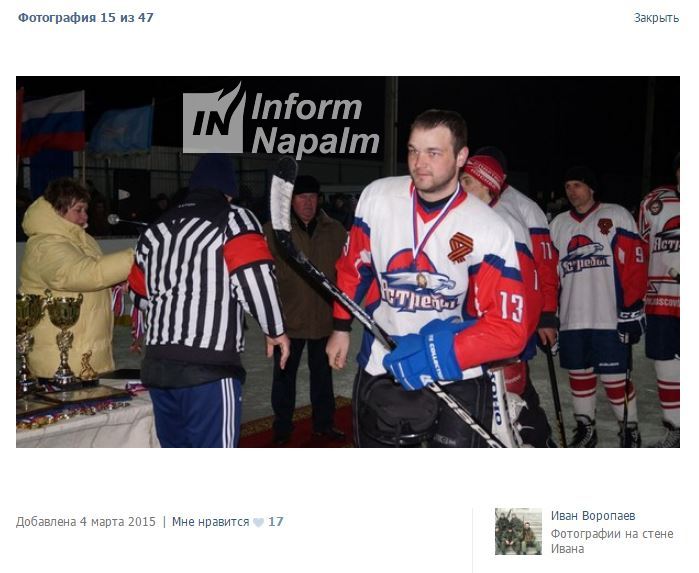 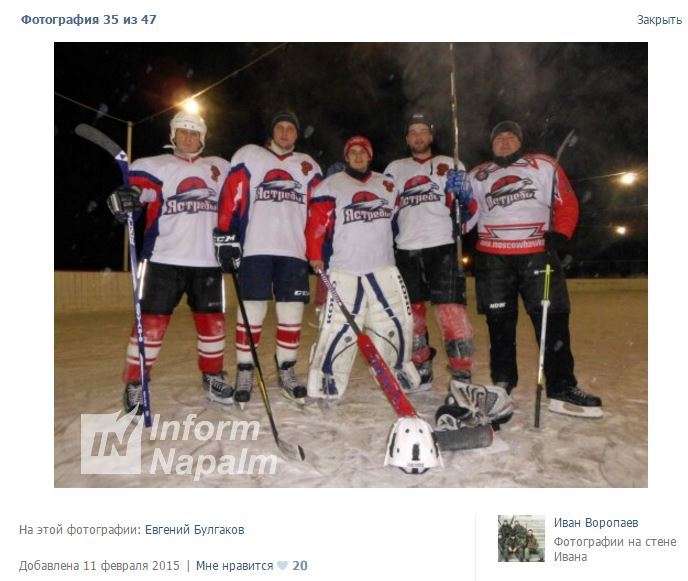 Ivan Voropaev stores in the profile’s albums photos from both ‘DPR’ gangs and hockey trainings of his pupils. The records in the ‘HC-Hawks Youth team’ group confirm that Ivan is the coach – Varapaev sets the dates of the upcoming trainings in the conversation with children. The last message with cancellation of the training session appeared on March 9, 2015. As it turned out later, the reason was the departure of the coach to Donbas. 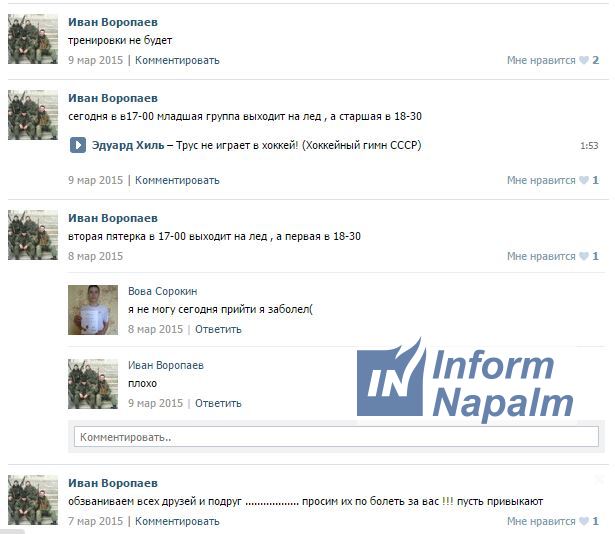 Supposedly, since the summer of 2015 and till now, Voropaev is in the ranks of the 5th brigade of the 1st Army corps of the Russian forces in Donbas. This conclusion comes from the ‘5 in diamond’ tactical sign on the equipment in the background of the photo of the hockey-mercenary. 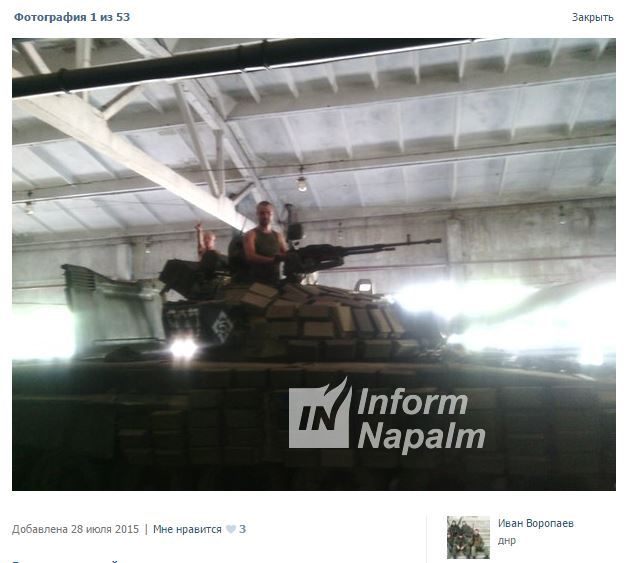 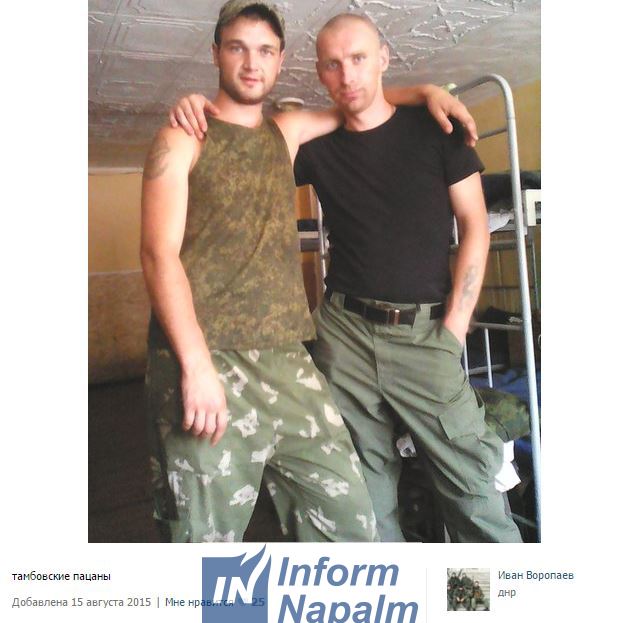 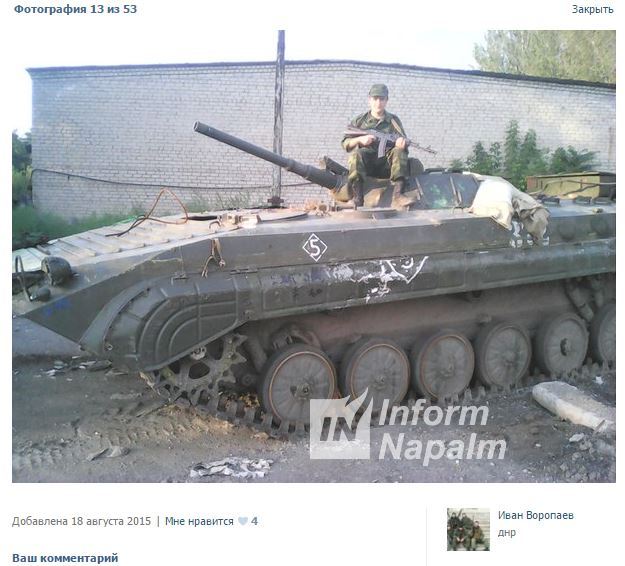 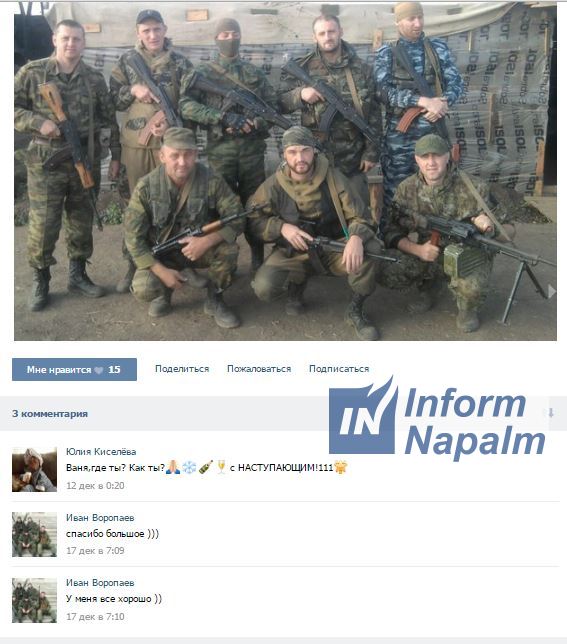 Vanya does not deny his presence in Donetsk in the comments under the photo. 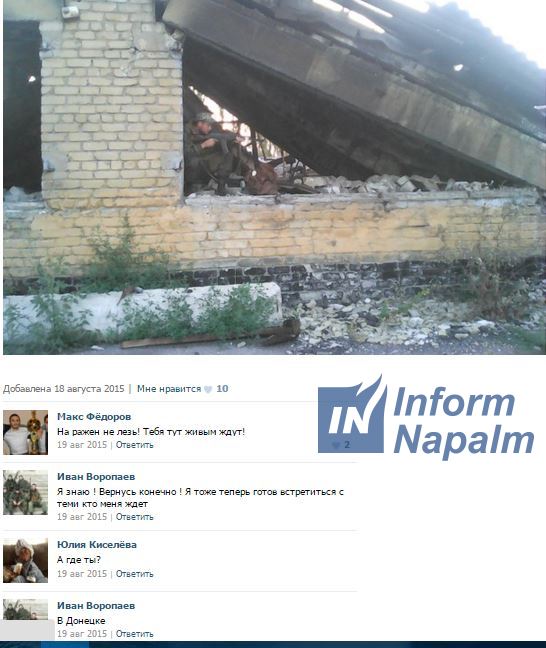 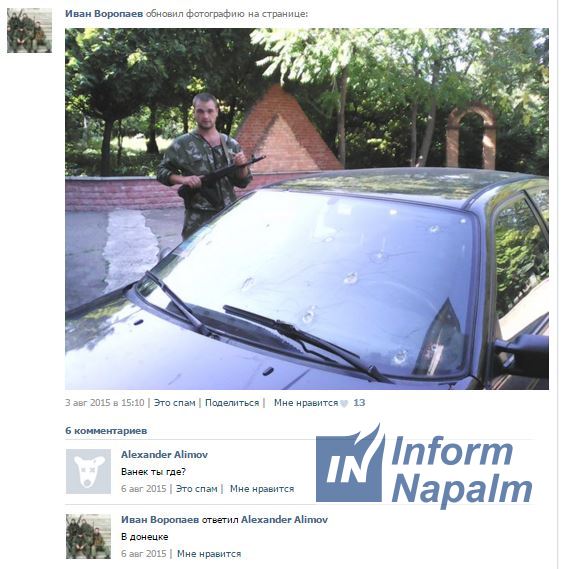 The same fact is proved by the picture made in front of the ‘Zolotoe Koltso’ [Golden Ring] shopping mall in Donetsk. 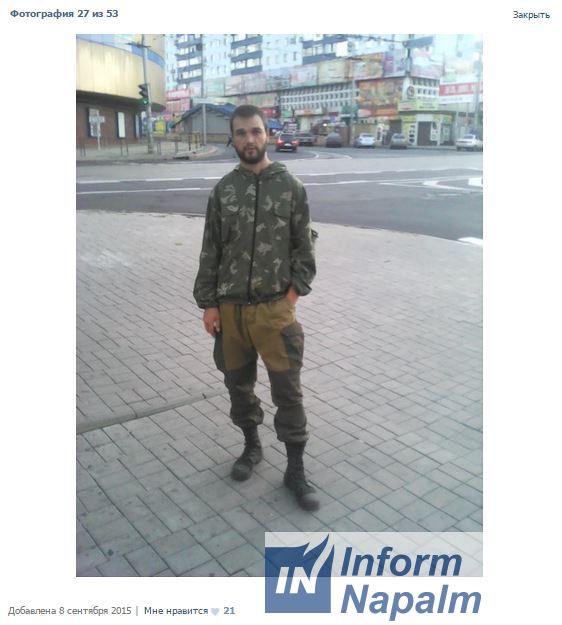 Besides that, there are several buffoonish photos of him (just like the whole so-called elite of that unrecognized state). 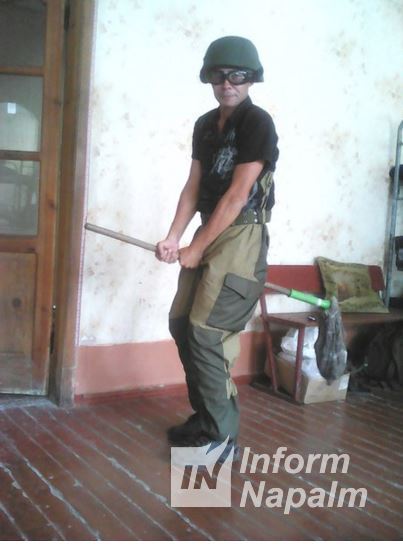 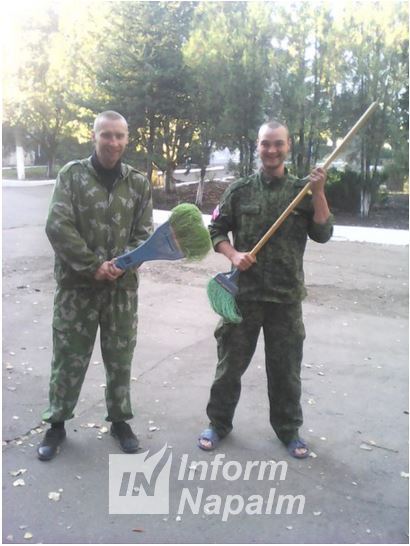 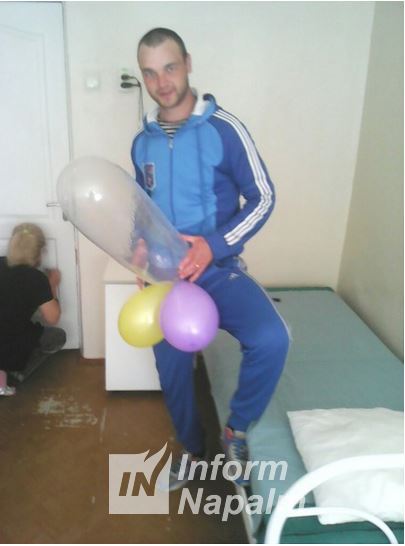 It is hard to say if Voropaev will continue his coach career or come back to native Tambov at all. He may stay in Donbas plains forever, just like Yuri Sikhvardt did, another mercenary and hockey player from Omsk ‘Hawks’ team known as ‘Ditrikh’ – he died on December 1, 2015. 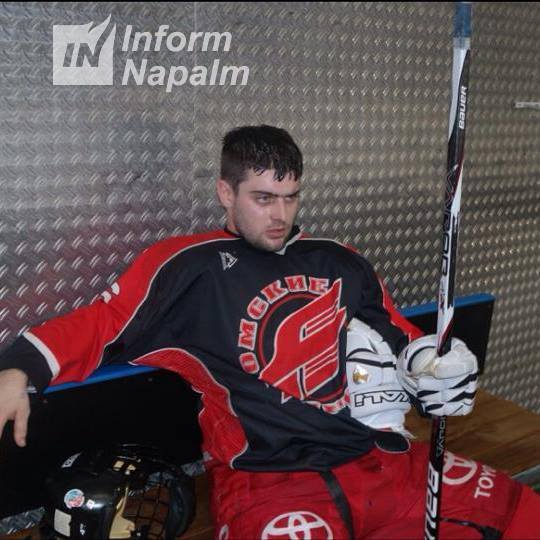 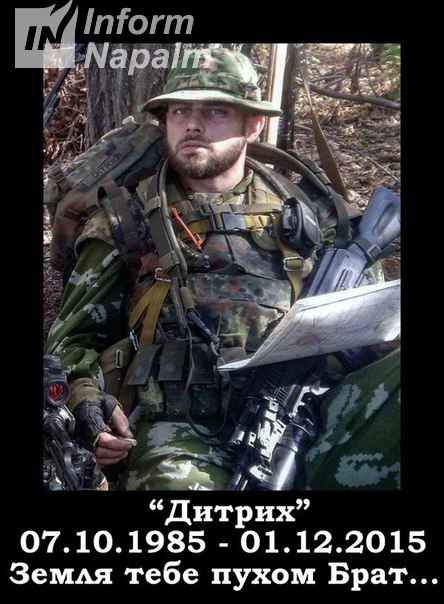