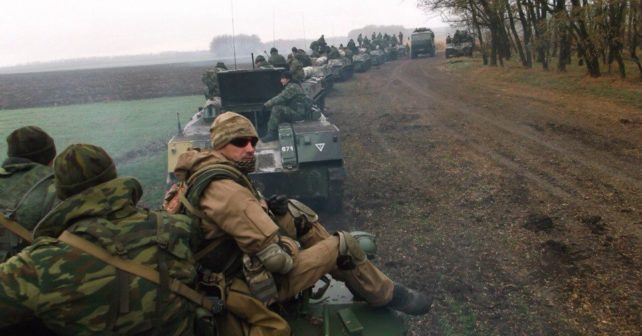 InformNapalm international volunteer community continues to monitor the situation in the border areas and base camps of the Russian troop buildups aimed at Ukraine. The highest concentration is observed in Rostov Oblast, where the latest rotation of forces began in early spring. The main part of the Rostov group of the Russian Armed Forces remains housed in the field camps. Tactical task forces from military units of the Southern Military District are on alert duty near Kuzminsky and Kadamovsky training ranges, whereas, personnel of the Western Military District and of some military units of the Airborne Forces and coastal defense infantry are stationed in the area of Millerovo.

It is not our intention to repeat ourselves in our new investigations into this field, all the more so, as these areas are under intent control of the professional military, both of the Ukrainian Army command and our Western partners. However, we must highlight some interesting points noticed by OSINT investigators of our volunteer community.

Our open source intelligence spotted a new tactical task force of the Russian troops in Rostov Oblast, near Kuzminsky training range. This is a unit of the 56th Air Assault Brigade (AAB), military unit 74507, permanent deployment location: Kamyshin, Volgograd Oblast. It was transferred to Rostov Oblast in early May 2016. According to our estimates, it is a company task force of one of the air assault battalions, strengthened by scouts and snipers, as well as by support units of the same military unit. 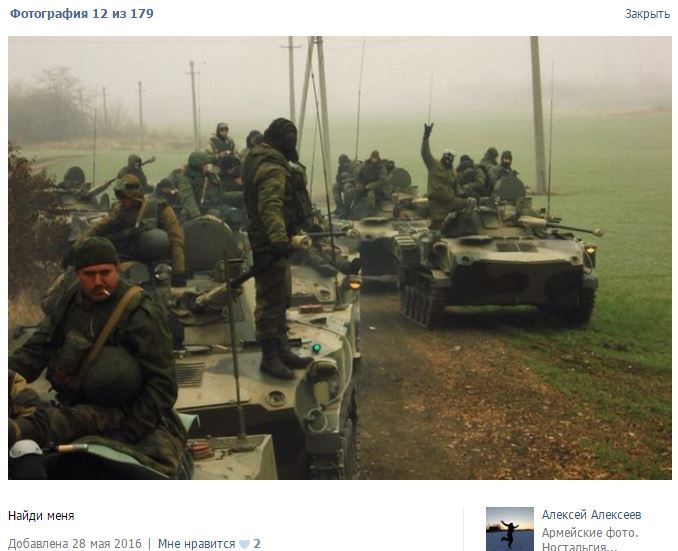 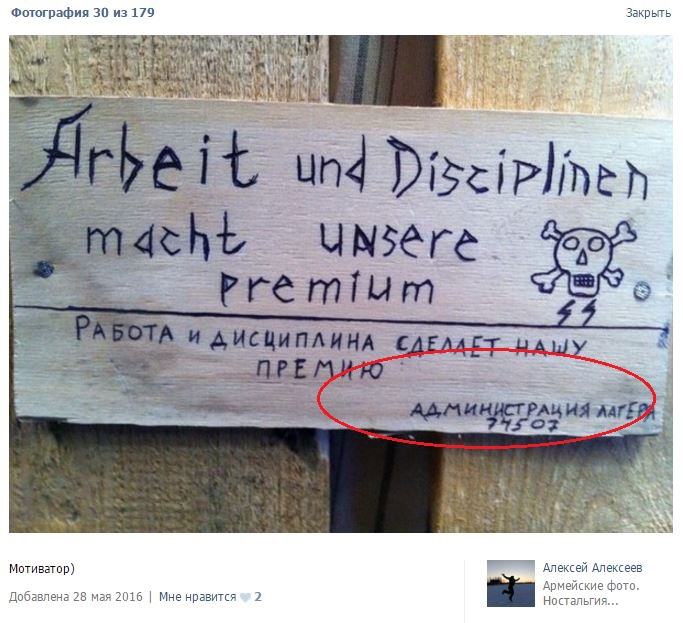 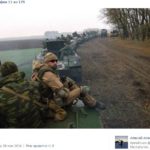 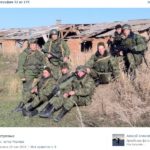 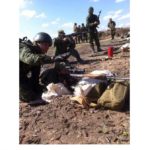 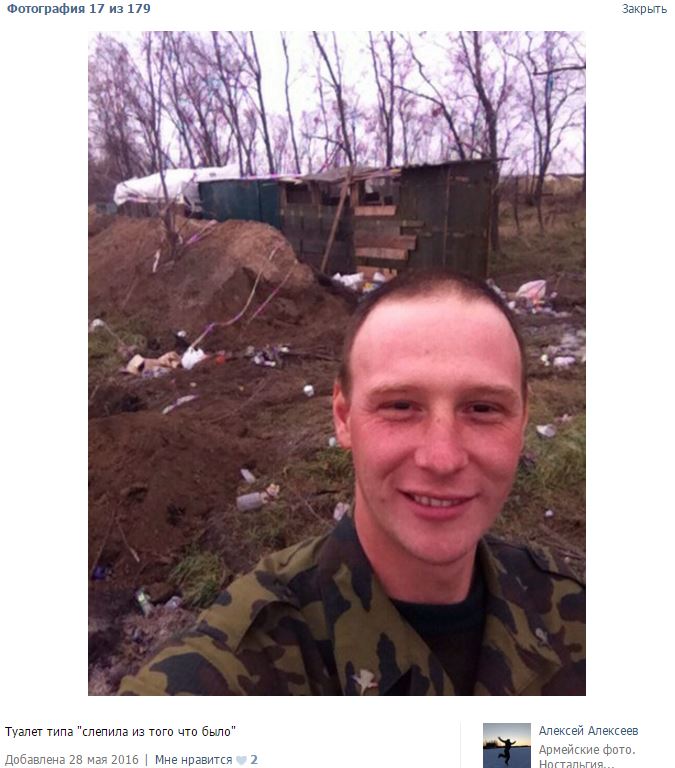 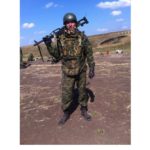 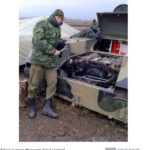 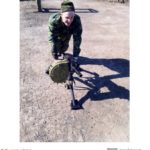 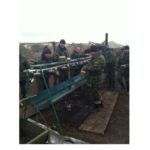 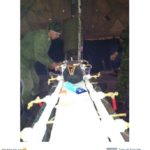 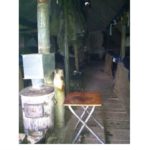 Judging by the photo gallery, the 56th Brigade paratroopers are doing active combat training, including tactics, weapons practice, and column control. Although temporary, their field camp is equipped in accordance with all the standards of field infrastructure and has amenities necessary for the long-term deployment.

It is interesting that the Kamyshin troopers now have airborne infantry fighting vehicles (BMD-2) which, according to our information, had not been in service with the 56th AAB before. A total of 9 fighting vehicles were identified. Judging by the fresh camouflage paint and the Russian serviceman’s comment, the BMDs were handed-over to the unit quite recently, right in the field, with the additional ammunition attached, including anti-tank weapons marked 9M13 (new-generation ‘Metis’ anti-tank guided missile (ATGM) system). 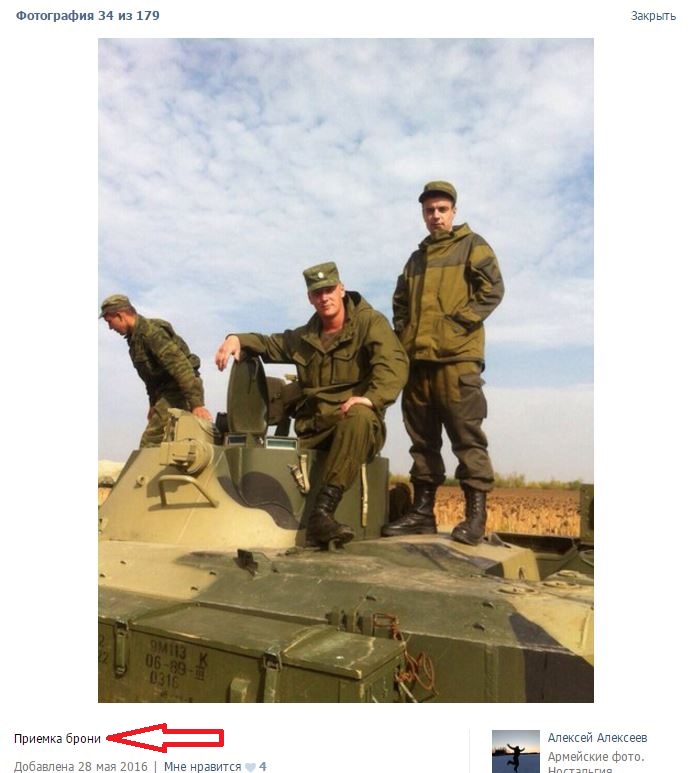 The identification features spotted on the 56th Brigade tactical task force BMDs are worth noting: these are the tactical symbols in the shape of upside triangles with an inscribed figure of 7 (the marking common to the Airborne Forces vehicles), as well as the combat identification markings seen on some machines (the markings used in combat to distinguish between friend and enemy) in the shape of two white circles on the front section and turret door, as well as the side number of one machine, “115”.

Note: These details proved important for identification of the Russian invaders during their deployment to Donbas; owing to such markings, we managed to trace main battle tanks (MBTs) and artillery pieces, as well as other types of weapons and vehicles. 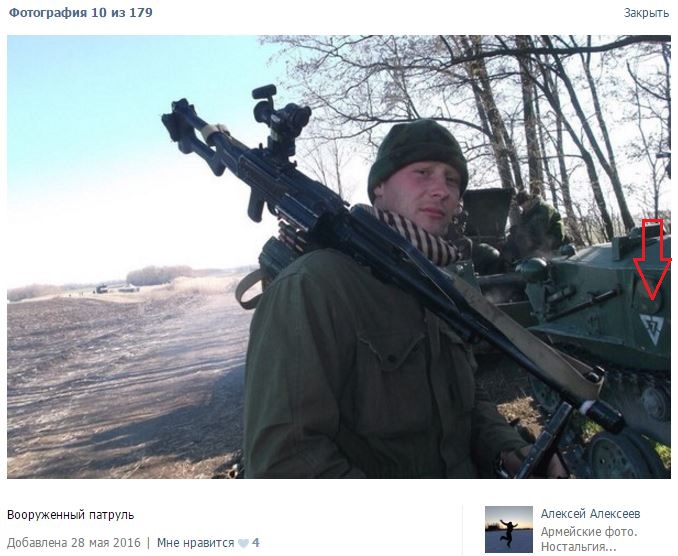 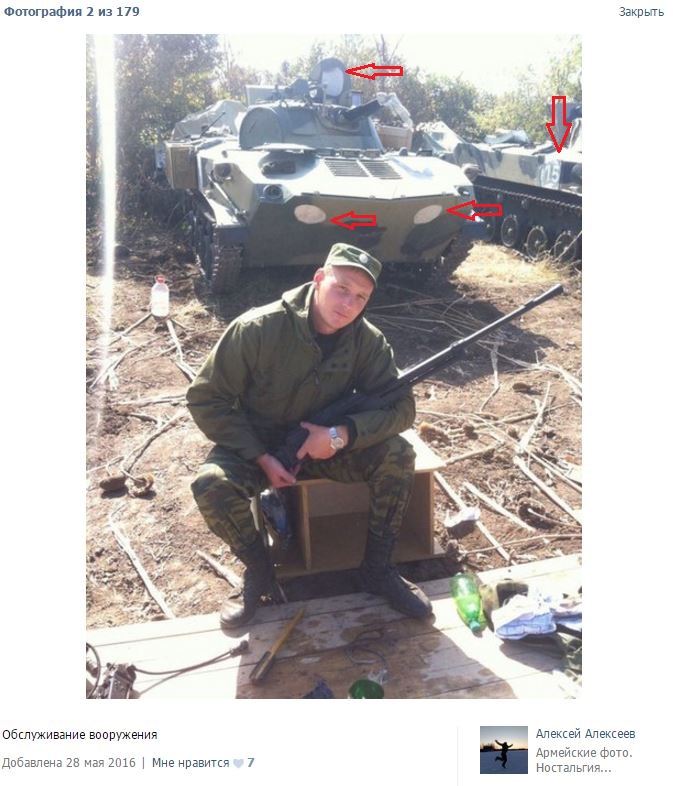 By way of reminder, the above mentioned field camps have been positioned in Rostov Oblast since spring 2014. They serve not only as important stationing bases for the personnel and equipment for the Rostov group forces, but also as a bridgehead and a maintenance base for the Russian troops deployed in the occupied Donbas. These uses have been repeatedly proven in our past investigations, in particular, by evidence from the events at Debaltseve in 2015. A good example to confirm a connection of these camps with the Russian occupying forces in Donbas is an image from our “informer” who acquired a set of protective knee pads, a trophy brought by another Russian serviceman from Donbas. 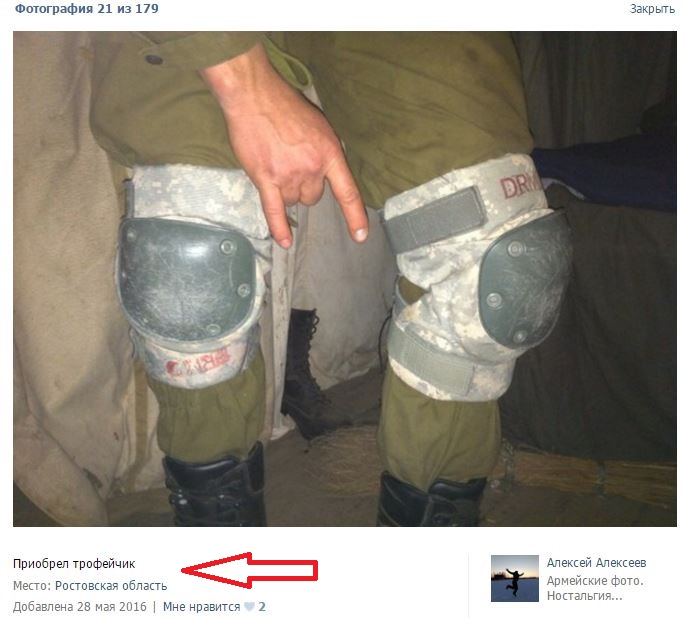 According to military experts advising InformNapalm, the spotted BMDs were most likely provided to the 56th AAB within the framework of the reform and re-equipment campaign of the Russian Airborne Troops, which was announced by their commander Shamanov in May 2015. In particular, the command of this service arm is planning to strengthen the assault forces with heavy armored vehicles, including MBT and self-propelled artillery units. According to the same data, it is planned to equip one of the air assault battalions of the 56th AAB with light armored vehicles, to enhance their combat capability with modernized airborne infantry fighting vehicles BMD-2M, as well as command and maintenance vehicles based on BTR-D. The Airborne Forces command made such a decision due to a number of reasons and new realities, including the combat experience with mixed airborne tactical task forces and MBT units gained by the Russian troops from participation in the undeclared war in Donbas. This subject was brought up in the InformNapalm publications and further studied by other OSINT researchers – see related links:

This publication was prepared on the basis of an OSINT-investigation by the InformNapalm international volunteer group.
Irakli Komakhidze

(CC BY) Information specially prepared for InformNapalm.org, site, an active link to the authors and our project is obligatory for any reprint or further use of the material.