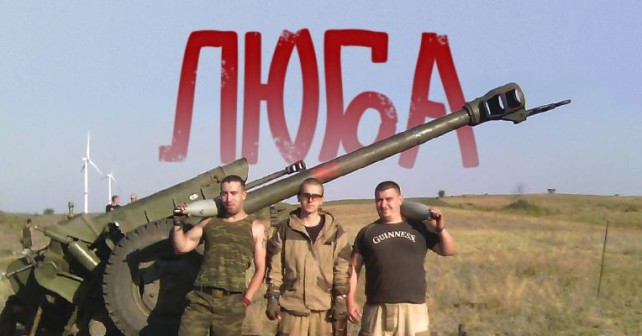 InformNapalm continues to investigate the ‘silk road’ of the Russian ‘military shops’ suppliers, which is used to ship the huge amount of various weaponry and equipment to Donbas. We have already disclosed a lot of cases of tanks, artillery, armored vehicles, etc deployment to the united Russian-terrorist forces. The tactical signs are not the only way to identify the Russian military equipment. Names given to vehicles by the militants also play a great role in this process.

Vagid Shepiev (profile archive, album archive, contacts archive; real name on the nametape is Pavitin V.V.), a Russian serviceman, made a picture of named equipment on a training site near the Ukrainian border in Rostov Oblast in September, 2014. Shepiev-Pavitin served in one of the military units of the Southern Military District, and then signed a contract with the 7th military base (unit No. 09332, Gudauta, occupied Abkhazia, Georgia).

MT-LB with inscription ‘Akhmat-Khadgi’ apparently was named after Kadyrov, the first president of the Republic of Chechnya. 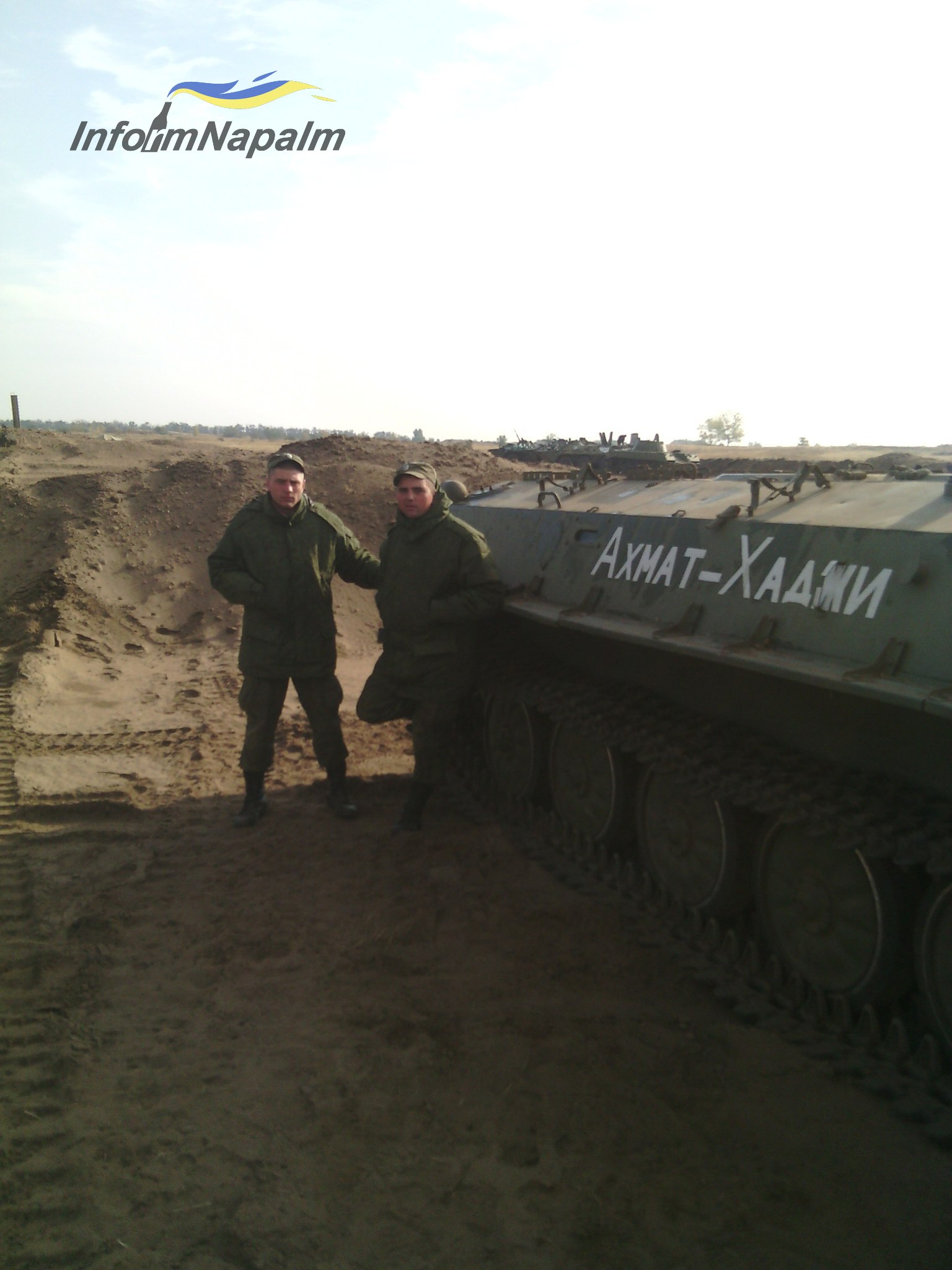 These are two D-30 122mm howitzers with the names written with red paint – ‘Viktoria‘ and ‘Luba‘ [‘Love’ in Russian]. Guns without any inscriptions are present as well. 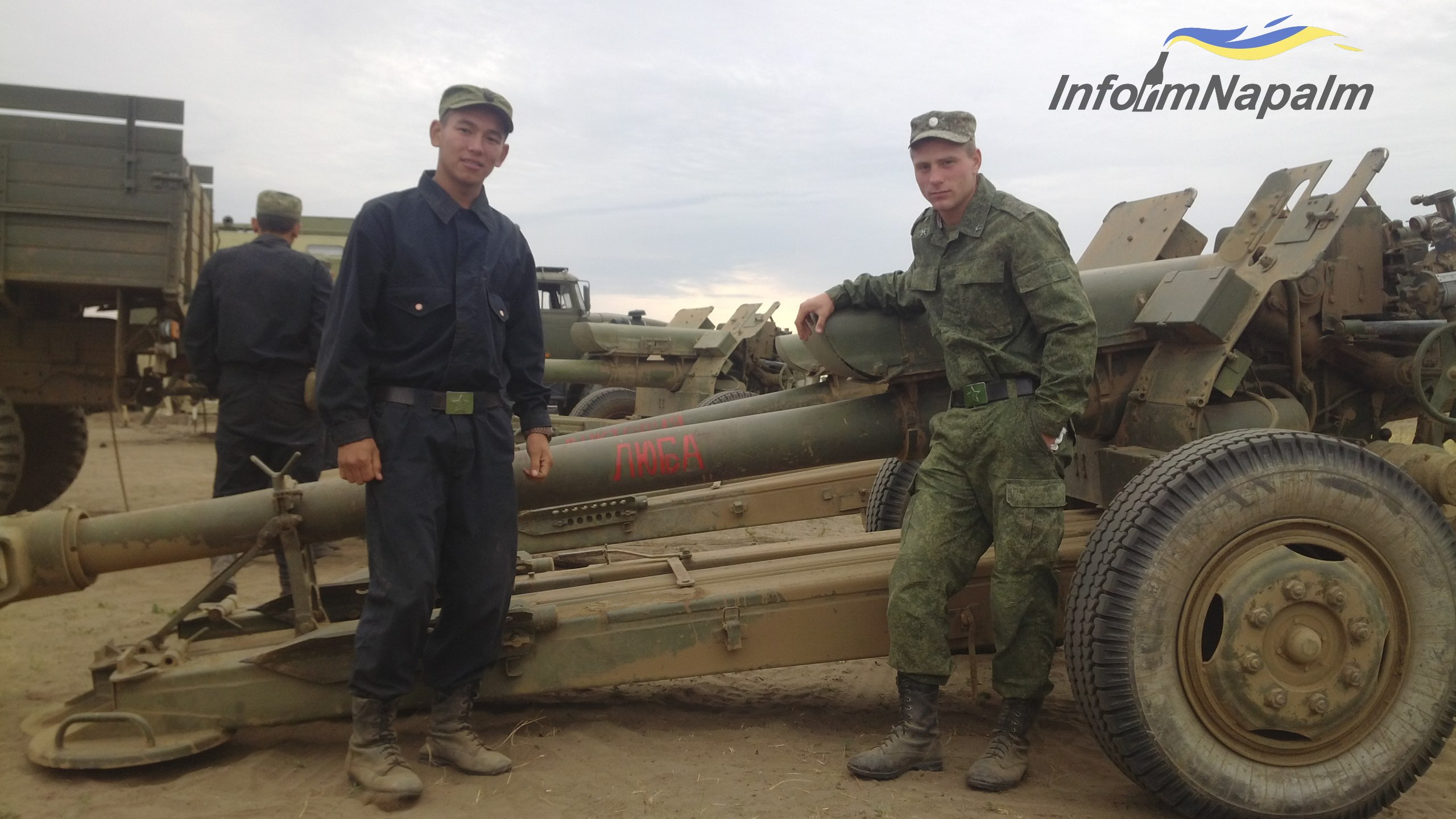 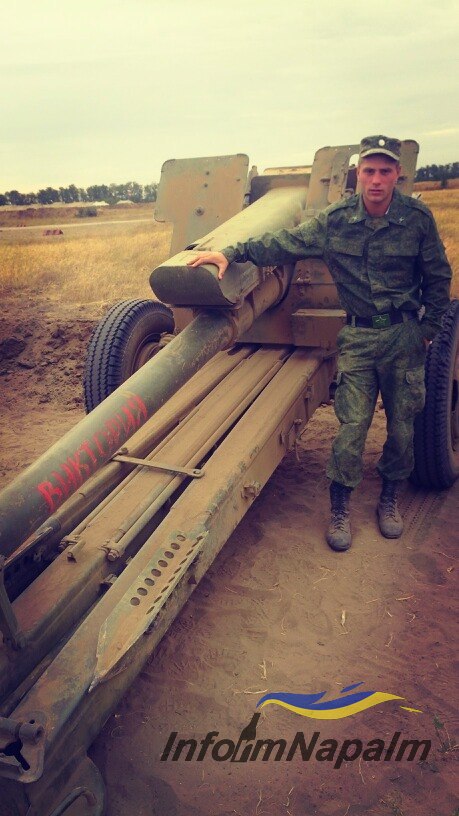 This T-64 tank with ‘T-84′ and ‘For Donbas’ writings is already familiar to you due to our previous publications. It was used by the militants in the fights near Debaltseve. 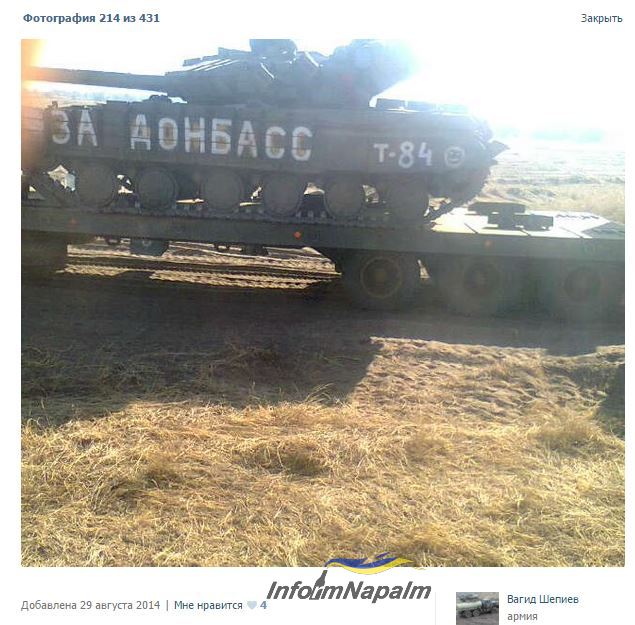 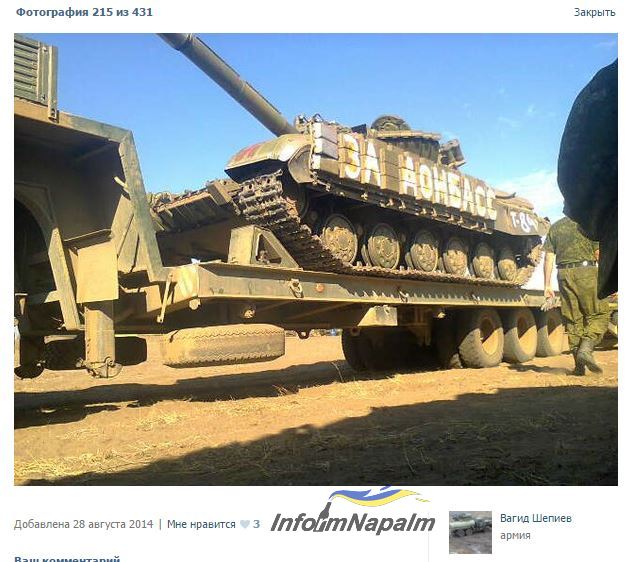 As stated by V.Shepiev-Pavitin, all this equipment has become the militants’ weapons. It might have been traded for cigarettes… right? 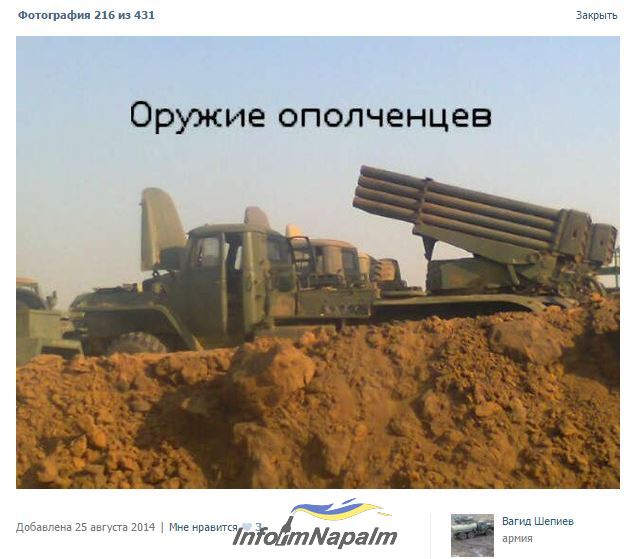 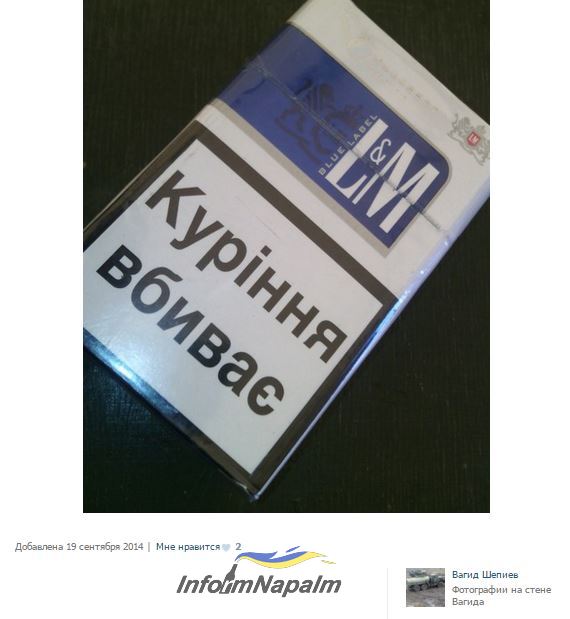 Indeed, after some time all this weaponry and equipment was received by the ‘Novorossiya’ militants.

D-30 howitzers were found in the arsenal of the so-called ‘Great Don Army’ from ‘LPR’. This fact is proved by the photos from the album of Sergei Efremov (profile archive, album archive, contacts archive), one of the militants from Stakhanov town serving in this armed formation. 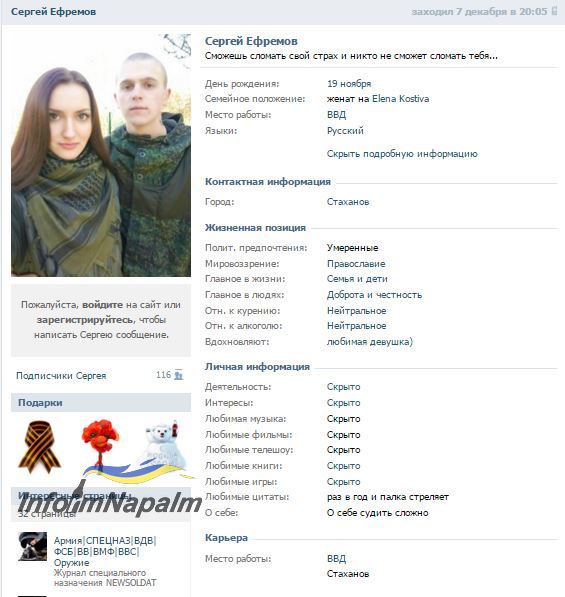 It follows that the terrorists continue to use the territories of the windfarms to cover their positions – this was described in our article about the Novoazovskyi windfarm.

In this case, the weapons of the illegal armed formation is placed in the territory of the Lutuhynskyi windfarm in Lutuhynsky raion of Luhansk Oblast (archives 1, 2, 3). 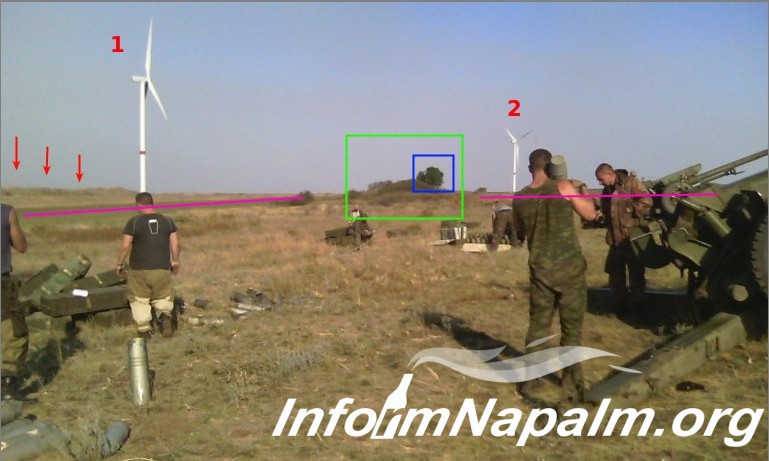 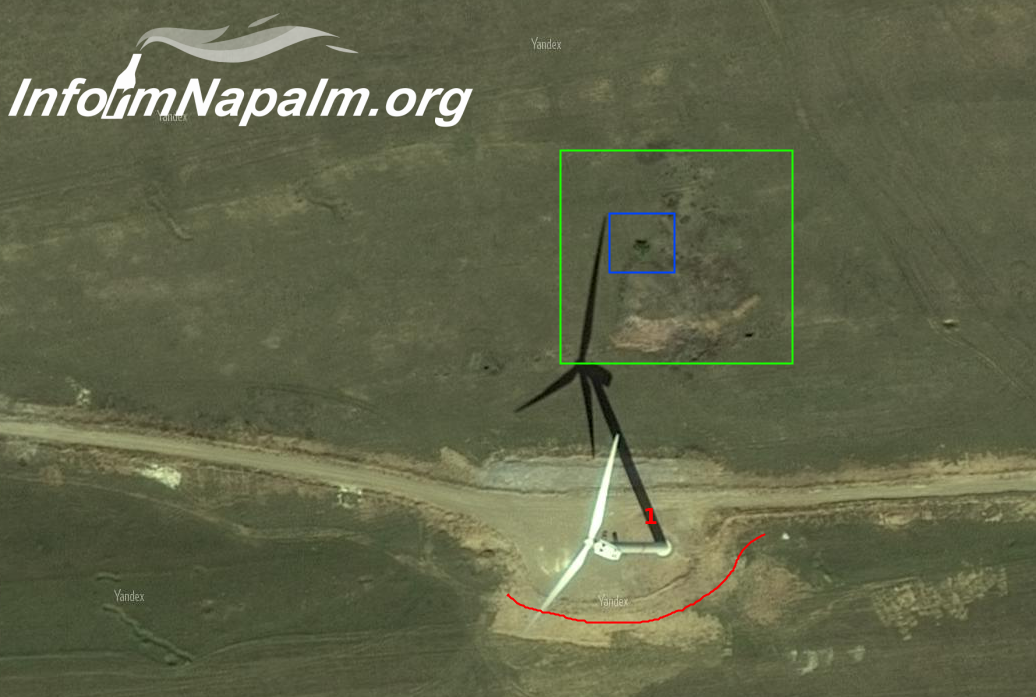 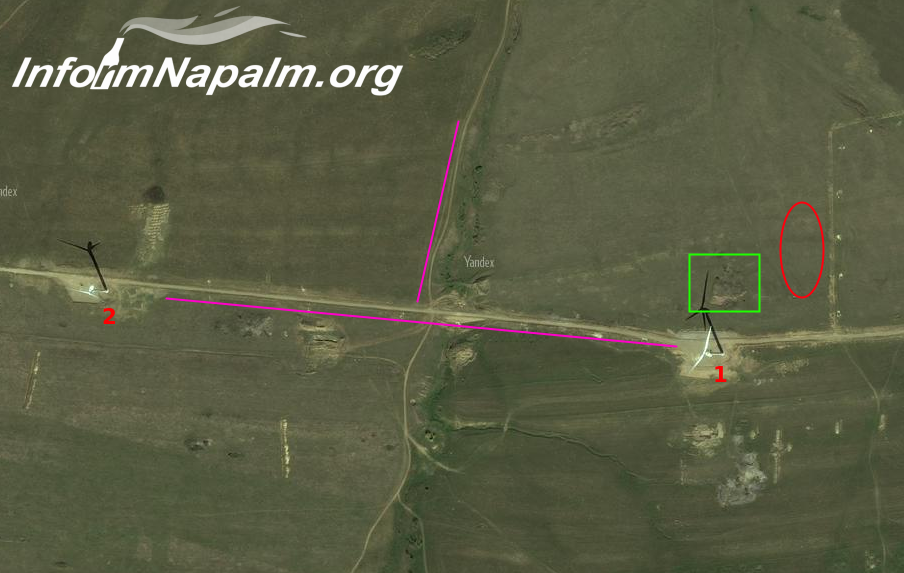 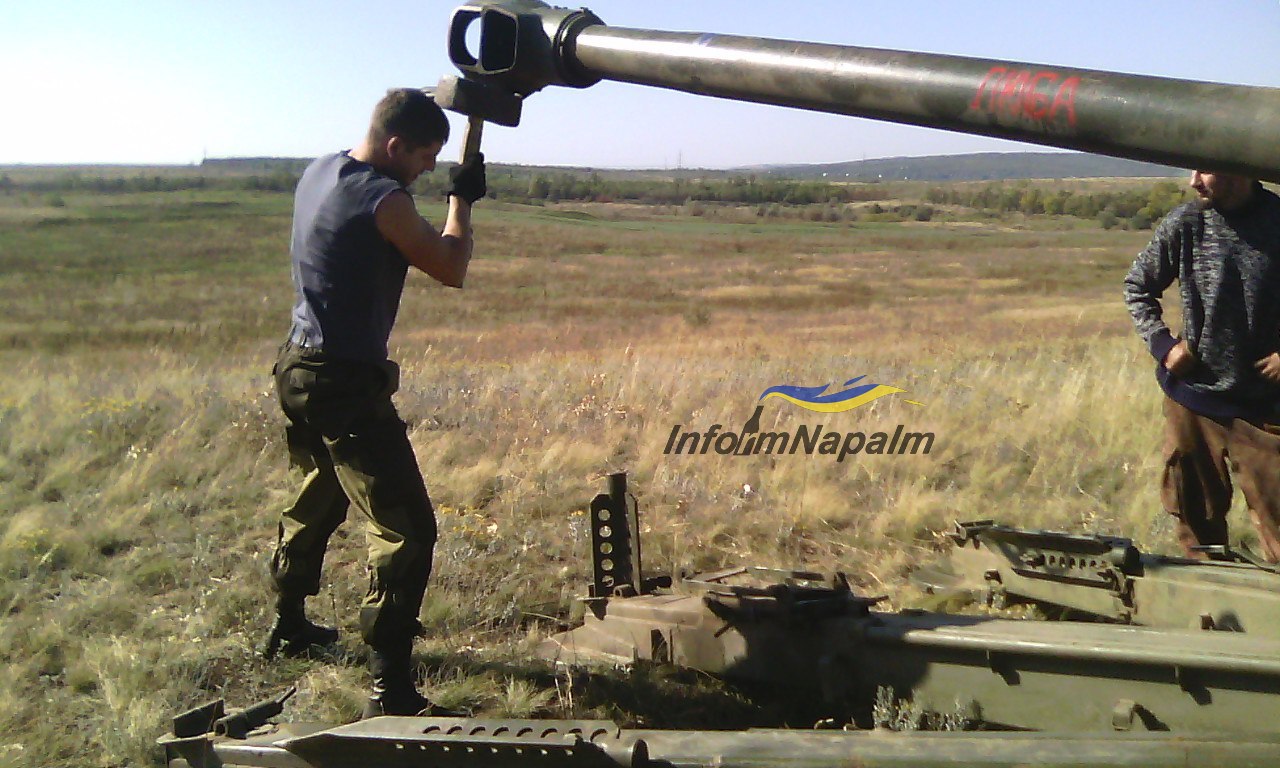 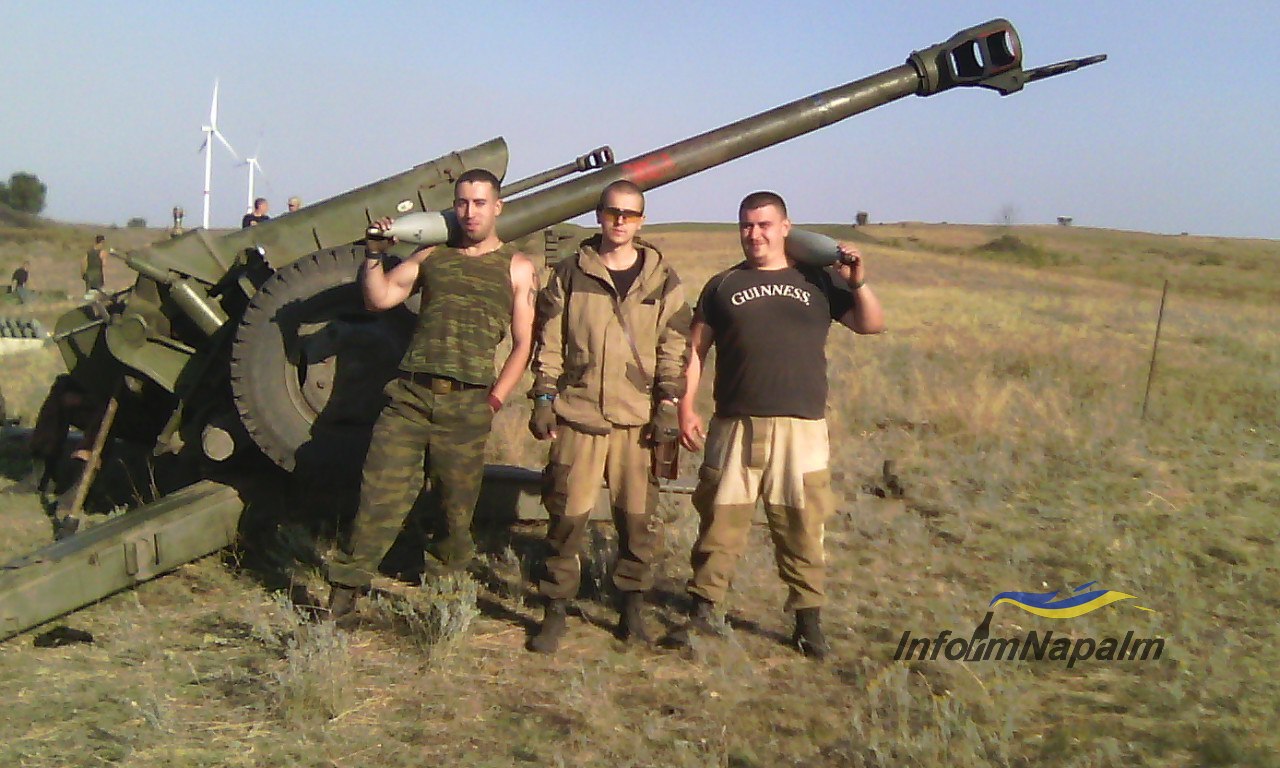 Comparison of the inscriptions from D-30 gun 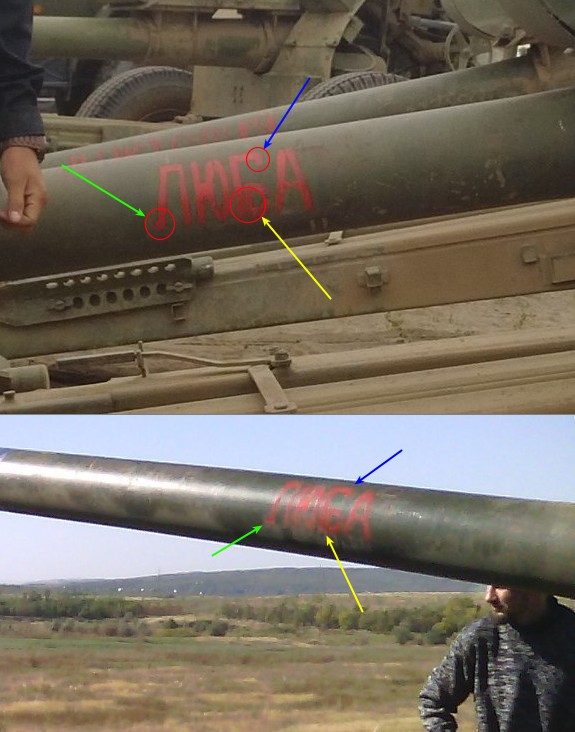 The video with howitzers was made by Vladimir Cherednichenko, Efremov’s brother-in-arms and countryman, who joined the ‘Great Don Army’ in 2015 (according to the ID from the pictures below).

The video shows also guns with ‘For Novorossiya’ and ‘For Donbas’ inscriptions.

Among the photos of the artillerists of ‘Great Don Army’ formation you can find howitzers with ‘Viktoria‘, ‘Valkiria‘ and ‘Vesta‘ names written with white paint.

The fact of the presence of at least one of the same D-30 guns registered earlier in the Russian Federation’s territory bordering Ukraine, demonstrates that this type of weapons was shipped from Russia. Other inscriptions are likely to have been added after the transfer howitzers to the militants’ formations.

Note: We’d like to remind that the Kyiv Court of Appeal decided to compensate ‘Wind Park Lutuhynskyi’ Ltd. the costs for supply of electricity in the period from 02.18.2015 till 25.03.2015 at the amount of 11 121 699.38 hryvnias. There are similar decisions for other wind farms located in the occupied territories under the control of insurgents.

Taking into account the above mentioned facts, it is pretty fun to listen to the statements of the Donbas terrorists.

“The self proclaimed Donetsk People’s Republic does not receive any military aid from the Russian Federation. All weapons used by militias belonged to Ukraine”, – oathed Eduard Basurin, the deputy commander of the ‘DPR’ General Staff.

Please refer to other our articles about the Russian weaponry and equipment deployment to Donbas:

4 Responses to “Love of Artillerists from ‘Great Don Army’”