Official statement of editor of Belarusian service of InformNapalm 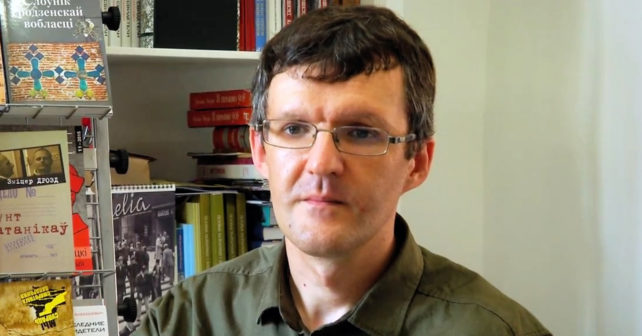 Dzianis Ivashyn, the editor of the Belarusian service of InformNapalm international volunteer community, made the following official statement in connection with the ongoing informational aggression against him by Russian media resources.

“Russian propaganda launched a full-scale information campaign against me with the aim of denigrating and discrediting my name. It has continued non-stop already for a month, starting in mid-April 2019. What is significant that some Belarusian actors are involved in it, which directly indicates that they are controlled by Russian curators. 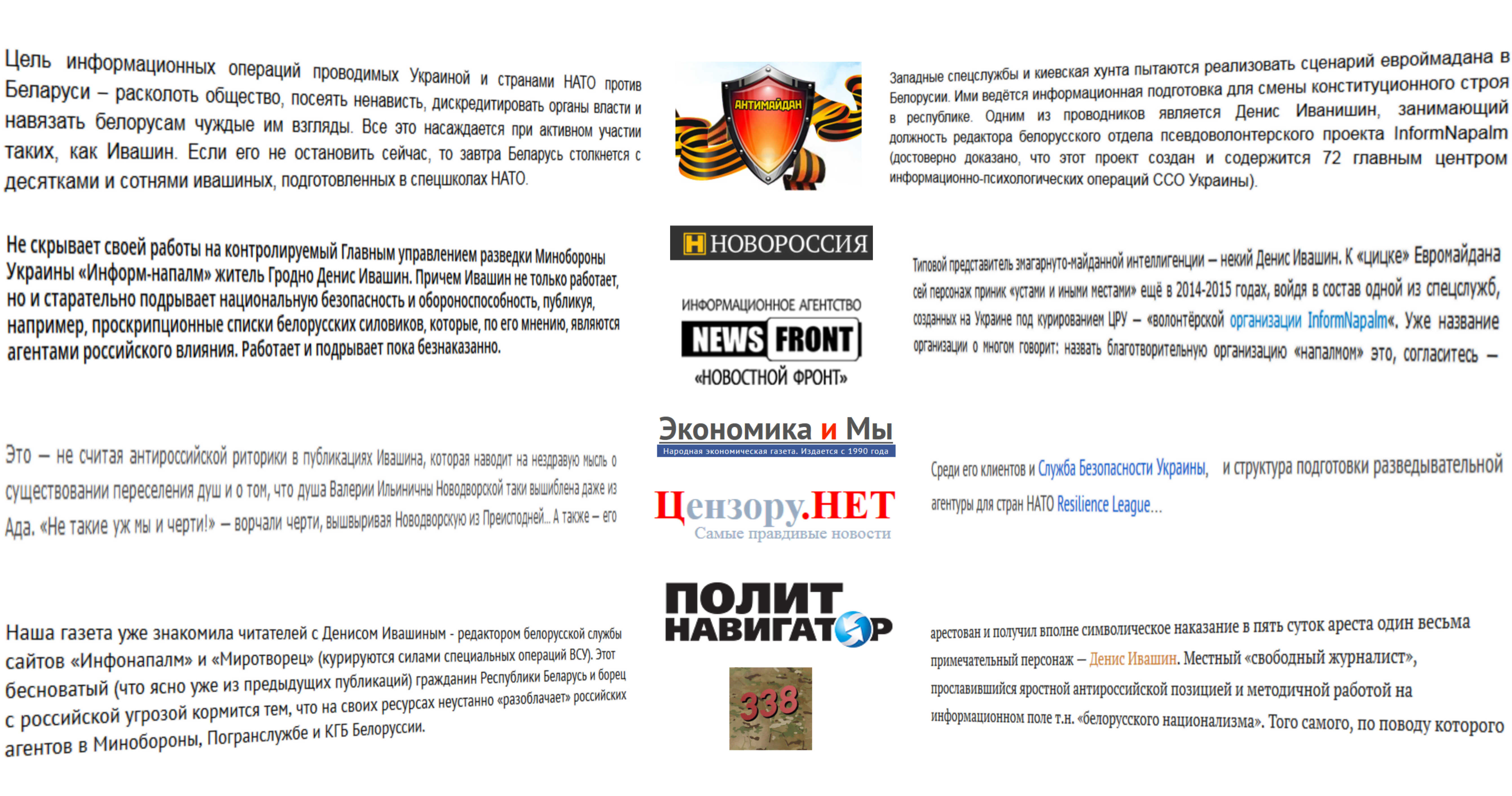 Collage of sources of misinformation and some quotes (clickable)

The nature, presentation methods and distribution channels of misinformation indicate that the security agencies of the Russian Federation are allegedly behind this. It is quite possible that the General Directorate of the General Staff of the Russian Armed Forces (formerly GRU) is involved in it, which is indirectly indicated by the absolute clumsiness and incompetence of this special information and psychological operation.

To reduce the operational space for the “final solution” of my question and the use of possible scenarios for my neutralization, including kidnapping in Belarus and handing over to the Russian security forces or staging a suicide, I declare the following:

The last time I was in Russia in the first half of 2008. After the start of hostilities of the Russian Federation against Ukraine and my direct participation in countering Russian informational aggression, I consider visiting Russia to be deadly. I am convinced that the aggressor state Russian Federation is a direct enemy for me personally and for Belarus.  I do not plan and do not intend to visit the territory of the Russian Federation until the complete elimination of the Putin regime. The only possible for me way I can get there is as a war correspondent in the expeditionary forces of countries of the anti-Putin coalition.

I have no suicidal tendencies. I am physically and mentally healthy. I love and value my life very much, a significant part of which I have dedicated to enhancing the national security of Belarus, I see this as my role as a journalist and my vital mission as a patriot.

The Russian information special operation against me is taking place against the background of a significant aggravation of Russian-Belarusian relations, the recall of Russian