How much is a gram of Telegram, or why you should not get hooked on this messenger 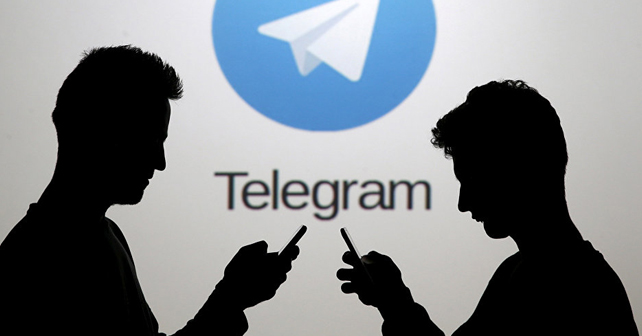 Russia’s state communications regulator Roskomnadzor made a botched attempt to block Telegram messenger sending ripples in mass media and on social networks around the globe.

In the summer of 2017, the management of the Telegram received a demand to hand in the encryption keys to the users’ data to the Federal Security Service (FSB). On August 30, 2017 Telegram officially refused to provide the keys, and therefore Roskomnadzor went to court. On April 13, 2018 Tagansky Court of Moscow granted the request of Roskomnadzor and ruled to limit the access to the messenger in Russia.

Opposition games with the Kremlin

Since April 16, Roskomnadzor started blocking the messenger in Russia, but with little success. On the contrary, the popularity of Telegram only increased. Russian opposition ardently praised the unsinkable messenger, and some opinion leaders even went as far as envisioning Pavel Durov, the founder of Telegram, the next president of Russia. Many Ukrainian social media users and bloggers shared in this enthusiasm. The popularity of Durov and Telegram soared. But is this messenger that secure? And are we certain that Durov is indeed in opposition to the Kremlin?

It is worth looking at the beginnings of Telegram. According to Pavel Durov’s own legend, he had the idea of a secure messenger the day when a Russian special forces group paid a visit to his apartment in 2011. After the search, Durov tried to write to his senior brother Nikolai and realized that they did not have a secure communication channel for such extreme situations. Two years later, Telegram was released on the market. It was based on the cryptographic MTProto protocol developed by Nikolai Durov.

Several years before, the same Nikolai Durov also invested a lot of effort into building VK, the most popular social network in Russia. So the brothers Pavel and Nikolai founded two hugely successful IT projects and earned millions. It looked like the American dream come true. But was there any catch?

Undoubtedly, the Durovs could have been talented enough to develop and launch VK back in the 2006.  However, doing business does not work this way in Russia.   There is a rule of the thumb: as soon as the company starts making any noticeable profits, it appears on the radars. It gets a visit from the Russian Federal Security Service (FSB) or other law enforcement authorities with offers one cannot refuse. The company has to make monthly payoffs to the authorities and is compelled to cooperate with the FSB. Refusal is not an option: either your business stays in Russia and cooperates, or you emigrate in search of fair rules and level playground in some other country. So with all due respect, tales of Pavel Durov about the complete independence of VK and Telegram from the state control cannot be true. Not in Putin’s Russia.

A course in “Propaganda and psychological warfare”

Biography of Durov himself is also not as trivial, as often told by the media. His father is a university professor and doctor of philology. Pavel himself also graduated from St. Petersburg State University with a degree in English Philology and Translation. Programming or applied mathematics would have been more suitable for a founder of successful IT startup, but newer mind, stranger things happen in business. There is a more interesting fact. A year before the graduation, Pavel completed a course at the department of military training, specializing in “Propaganda and psychological warfare”.

And during his graduation year, of Pavel together with his brother Nikolai took VK to the market. Nobody interfered with their business. The Durovs rented an office in the state-owned Singer House building on Nevsky Prospekt in Saint Petersburg for years. VK under their leadership grew into the largest social network on Runet. VK is registered as a limited liability company in Russia, not abroad, which is typical for the Russian IT companies. Most of them prefer to be protected from the tyranny of the domestic law enforcers and to have a safety net or an escape route. But the Durovs looked effectively untouchable. A true miracle! Success is the second name of the Durovs.

Investors into VK are also some very remarkable people. Michael Mirilashvili, known for ties to Lukoil, the gambling business and the mafia and his partner Lev Leviev.

Pure luck or the hand of the Kremlin?

Let us indeed watch the hands. In 2013 the luck of the Durovs suddenly ran dry. The Mirilashvili family and Leviev sold their shares in VK (48%) to United Capital Partners. In January 2014, Pavel Durov himself sold his 12% stake to Ivan Tavrin, the general director of MegaFon controlled by oligarch Alisher Usmanov. It is worth recalling that in 2017, Alisher Usmanov was the fifth among the richest businessmen of Russia and recently he got into the “Kremlin report” of the US Treasury as a person close to Putin.

Tavrin quickly sold his share to Mail.ru which also belongs to Usmanov and consequently Mail.ru received a controlling stake of 52%.

On April 1st 2014, Pavel Durov officially resigned. However, already in two days he declared that it had been an April Fool’s joke. However on April 21st, the board dismisses Durov, referring to the fact that he never withdrew his resignation. After that, Durov begins to publicly associate his dismissal with the refusal to hand over to the FSB the personal data of the Euromaidan group members. Pavel says that VK has been hijacked by the closest associates of Putin. Then he buys the citizenship of the island state of Saint Kitts and Nevis with a $250 thousand investment and emigrates.

On September 16th, 2014 Mail.ru Group buys 48% of VK shares from United Capital Partners and becomes the sole owner of the social network.

And now we finally go back to Telegram, which was launched by Durov in 2013, just eight months before leaving VK. During his semi-voluntary exile, Durov has been successfully exploiting the sympathy of the users. Now he is regarded as a “persecuted oppositionist”, a victim of Putin, a young, intelligent and progressive businessman who was obstructed in Russia, and who was forced to live in misery in exile.

The scandals only boost the app’s rating. Telegram becomes one of the communication platforms and a social network with the fastest growth rates. Critical analysis of the details related to the company is not cool anymore. “Who can defend the privacy better than a man who is forced to defend himself? Durov is pressed by the Kremlin, therefore he is a hero and stands for our values.”

But is that true?

In fact, Telegram has recently attracted $1.7 billion of investments, while the entire list of stakeholders is unknown. On the website of the US Securities and Exchange Commission there are two official securities offering forms filled by the Durovs, each worth $850 million (first form, second form). The forms contain information about two companies: TON Issuer Inc. and Telegram Group Inc. (both registered on the Virgin Islands). Both forms were filled in connection with “the development of TON Blockchain, the development and support of the Telegram messenger.” One of them contains information about 81, the second – about 94 investors who agreed to buy token shares. Since only the number of investors is disclosed in the forms, but not their names, it is likely that all donors are accredited investors, that is, those who have earned more than $ 200,000 per year over the past two years or worth more than $ 1 million (the value of the housing deduced).

Experts say that the Gram tokens (blockchain platform of Telegram Open Network) are only for the chosen ones, namely those who are ready to make an entry investment of at least half a million dollars.

However, not all Durov’s investors seek to remain incognito. For example, it is known that businessmen such as Sergey Solonin (co-founder of Qiwi), David Yakobashvili (co-founder of Wimm-Bill-Dann), as well as well-known Russian tycoon Roman Abramovich, who was the first invited to fund the project, invested in Telegram.

We will discuss the profile of Roman Abramovich specifically, because readers might have forgotten some curious facts of his biography. For example, that this Russian billionaire was the Governor of Chukotka from 2000 to 2008, and from the end of 2008 to 2013 – Chairman of the legislature of the Chukotka Autonomous Okrug.

However, the public positions of Abramovich are trivial compared to his informal connections. Roman Abramovic had very close ties to President Yeltsin, and it was Abramovich who first recommended to Yeltsin to select Putin as the successor to the presidency. In 1999, when Yeltsin had already installed Putin in the prime minister’s office, it was again Abramovich who personally interviewed every candidate for the posts in Putin’s government. When in 2007, Putin was looking for somebody to temporarily hold the presidency, it was Abramovich again who advised him to choose Medvedev. It is not surprising that Roman Abramovich has been and still remains a trusted person for Putin. Moreover, Abramovich has been recently included on the “Kremlin report” of the US Treasury.

A rebel without a cause. Not on the hit list

Despite his high-profile standing, the “oppositionist” Durov does not fear for his life at all. His door knobs are not smeared with Novichok, he gets no invitations to tea with polonium, he does not share the fate of Berezovsky or Lesin. Durov is on friendly terms with Abramovich, one of Putin’s chief moneymen. He cheerfully smiles into the cameras. And assures everyone that the FSB does not have the keys to Telegram.

And another interesting fact… During the mass protests in Iran this winter, Telegram became the main tool for coordination of the protesters. However, the moderators of the messenger blocked the protesters’ channels, citing alleged calls for violent actions against the Iranian regime.

So what is Telegram? Durov’s protected messenger for the world’s rebels or another poisoned Russian candy gift-wrapped for the West?

Make them yourself. But while Russia wages the information and cyber war with the civilized world, it would be prudent to stay away from any software products developed by Russians. Just to be on the safe side.

One Response to “How much is a gram of Telegram, or why you should not get hooked on this messenger”