We keep disclosing the facts of the Russia’s participation in the war in Donbas. This time we would like to present you with a couple of indirect evidences of that.

As you remember we published the “The Russian 8th Brigade’s Servicemen Return From Donbas as Cargo ‘200’ or Disabled” story on September, 11. It revealed the facts of the Russian servicemen partaking in combat actions in Donbas. Those soldiers were massively dissolved within the illegal armed formations. In the result of supplementary check of the ‘contract’-militants’ friend lists – the local separatists were found. In particular, some Artem Maslov has several interesting photos in his album: 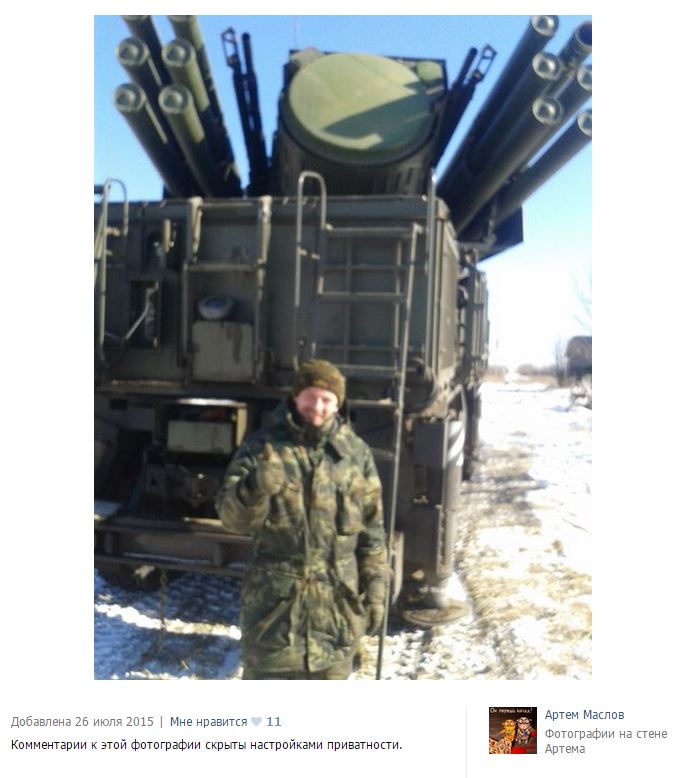 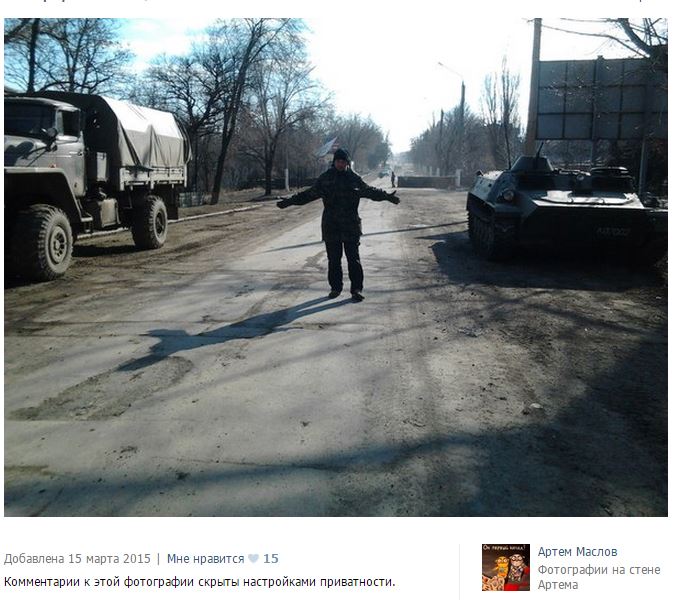 The fact that A.Maslov is not a serviceman of the Russian army and is just a local Donbas separatist in the ranks of ‘Novorossiya’ gang is proved by the pictures of his private photo album. It means that he could make a picture in front of Russian ‘Pantsir’ and ‘Ural’ only in Donbas.