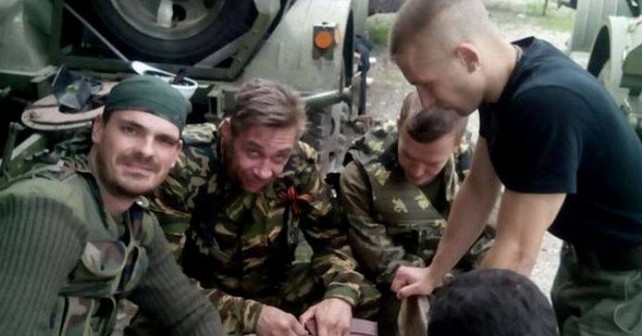 We continue the ‘Facts of Invasion‘ publication series about the Russian Federation’s regular army participation in the war in Donbas. The articles are based on the data gathered in OSINT investigations. Our new story describes the ‘Ukrainian assignment’ details of the servicemen of the 8th separate mountain motorized rifle brigade (military unit No. 16544, South Military District, Borzoi, Republic of Chechnya, Russia). This article is justified by the photo proofs and written comments of the Russian servicemen and their relatives.

The participation of the 8th brigade in the combats in the territory of Ukraine has been already mentioned. A tactical group made from units of this brigade from Chechnya was disclosed in 2014, in the peak of summer fights in Donbas. Having left traces in Ukraine, the Russian command resorted to a new tactic of its forces usage. The Russian generals started to blend their people into the informal armed formations of ‘Novorossiya’ instead of using tactical groups of regular units. But it was not possible to hold back the truth, no matter how hard the Russians tried. Despite the attempts of the Russian war criminals to conceal the facts of their belonging to the Russian army (by changing names, creating new online profiles or editing the old ones, deleting all the information about their service) – it is still not too complicated to find them. The triplet of ‘Novorossiya’ militants (the 8th brigade’s contract servicemen in fact) was recognized and identified by several parameters, including a group photo in front of the barracks in Borzoi village (the distinctive feature – one-storey Soviet-style barracks with concrete and brick masonry work of the former 291st motorized rifle regiment). 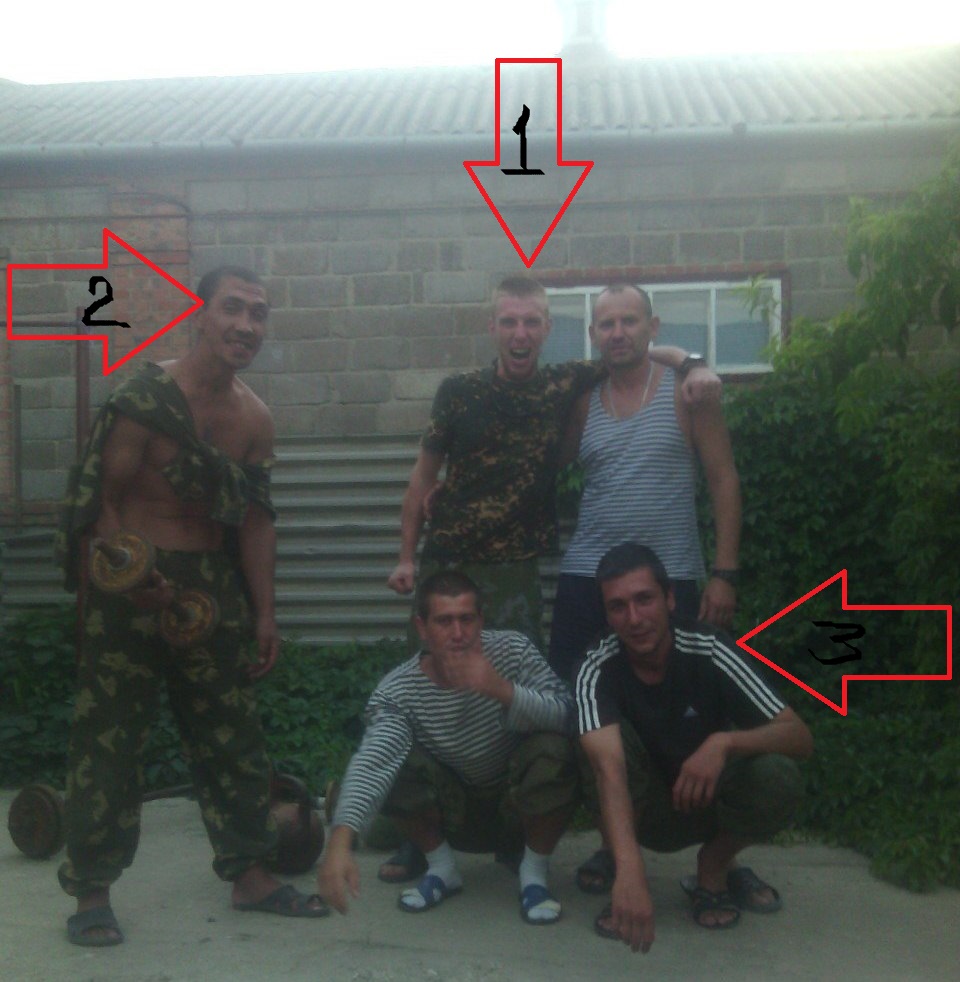 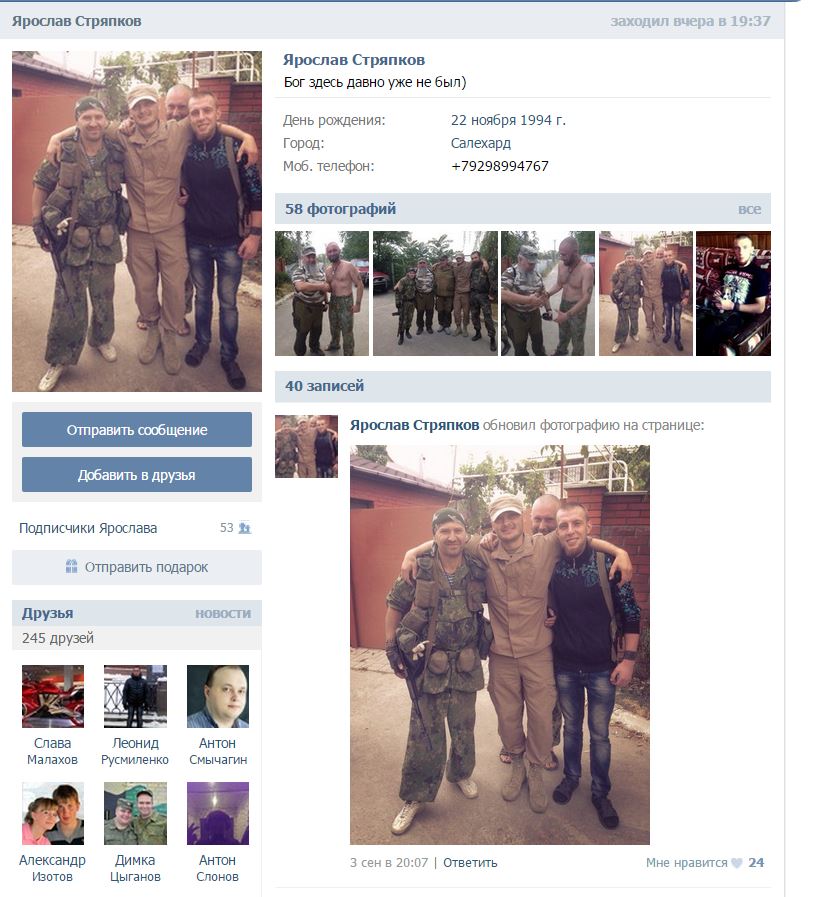 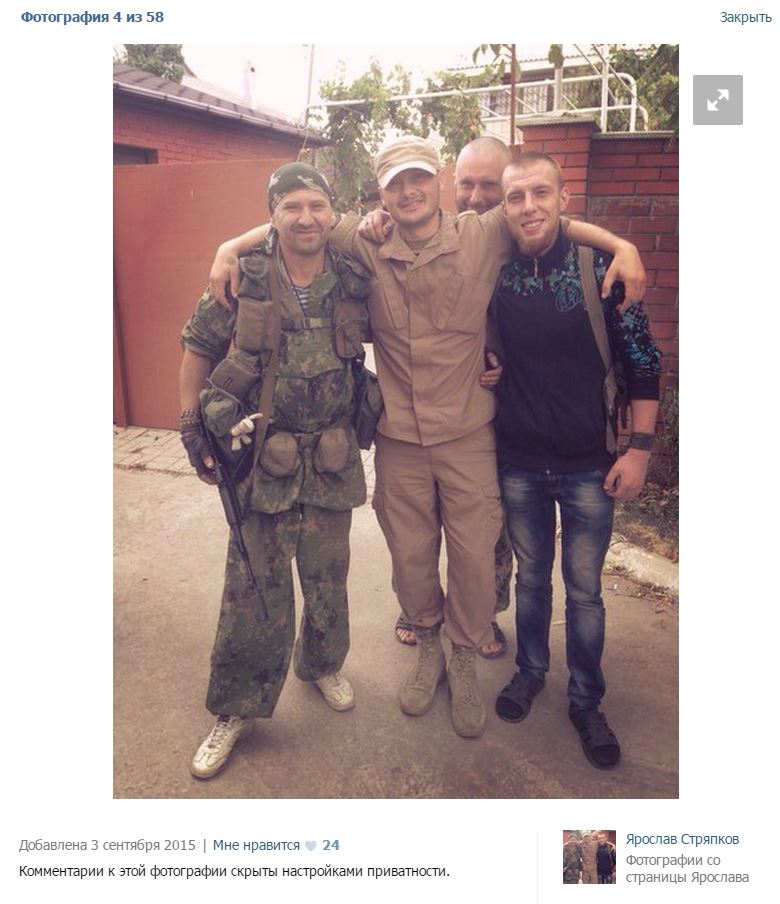 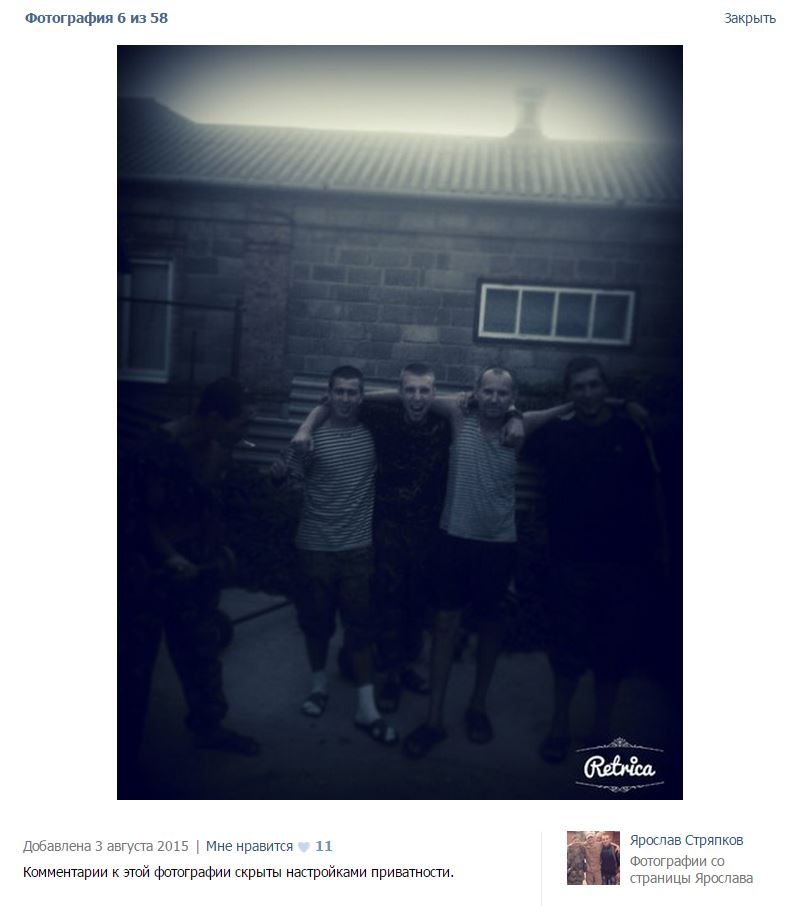 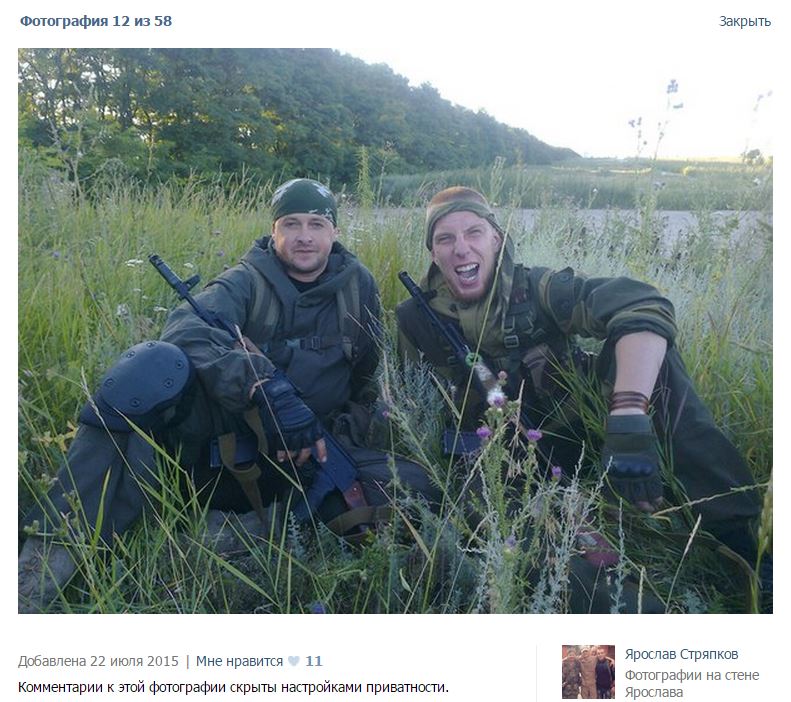 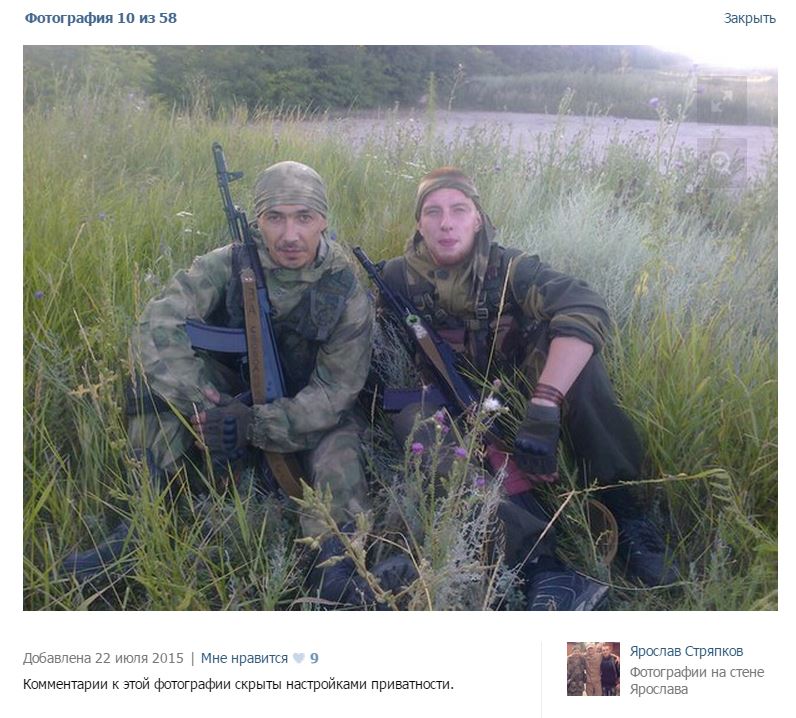 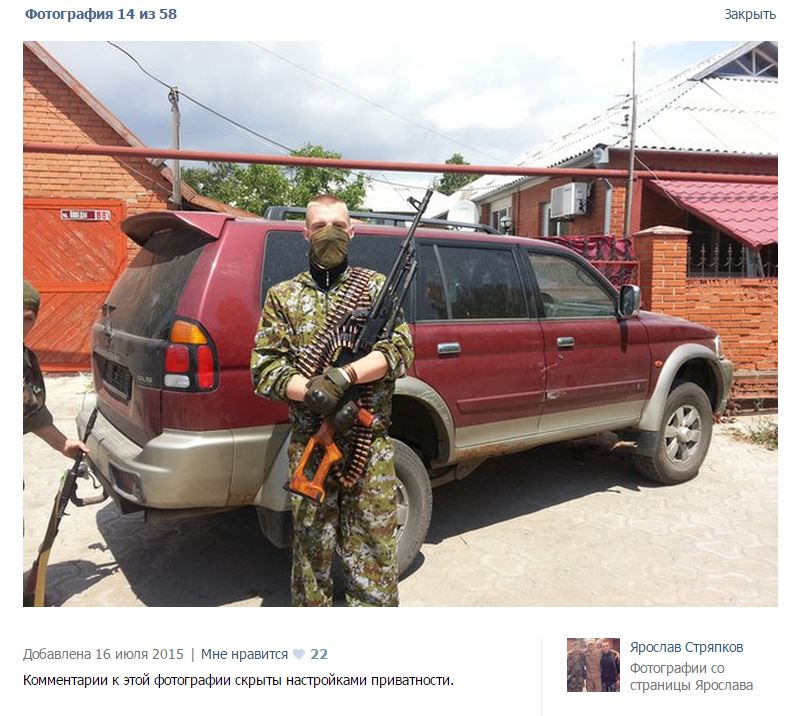 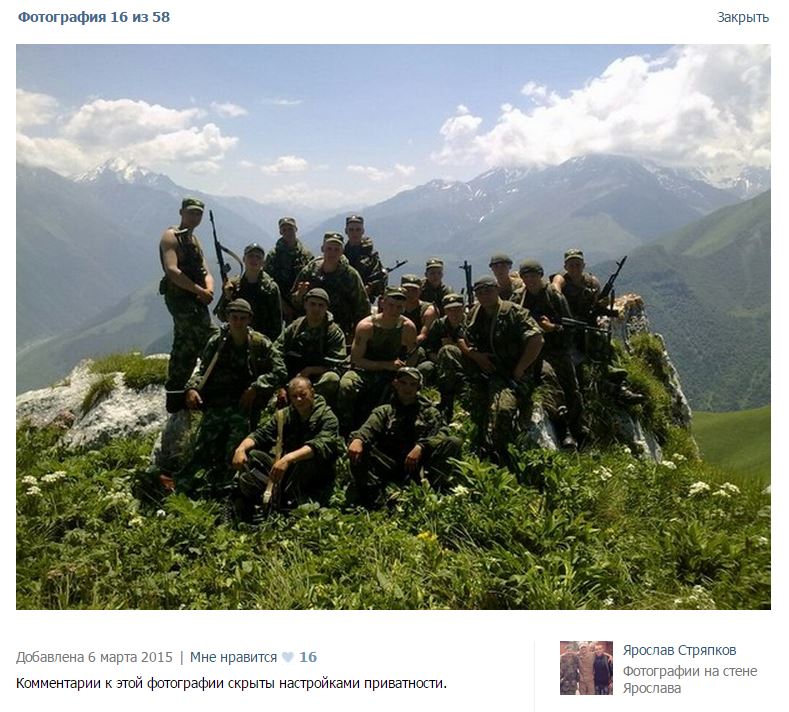 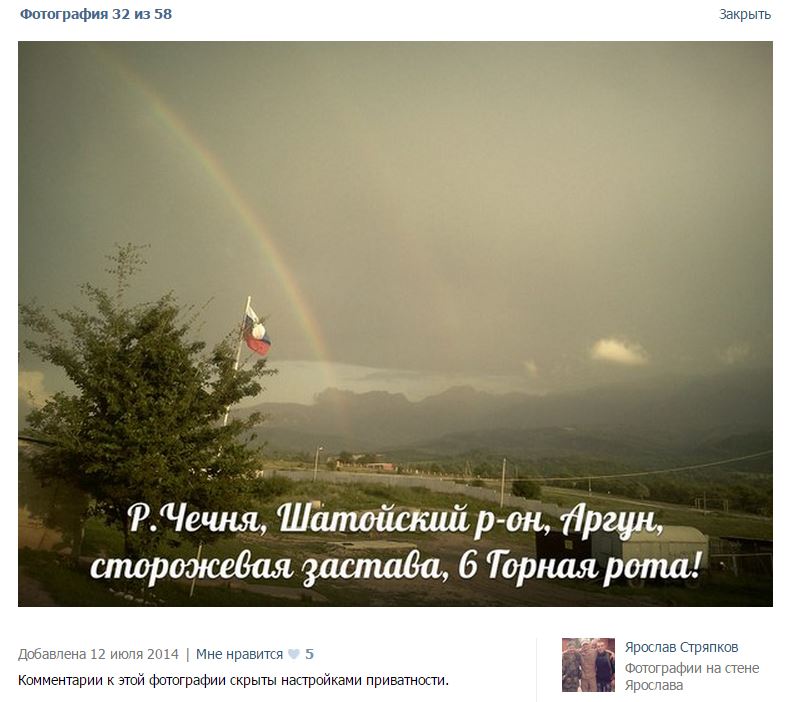 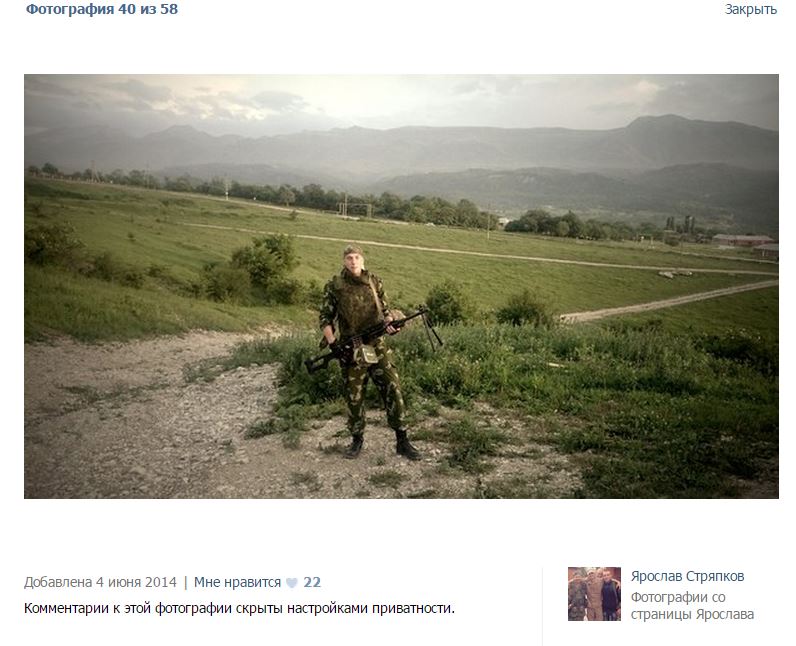 2. Rustam Kurmukov (profile archive, album archive, friend list archive) – a contract serviceman of the 8th mountain brigade. The Kurmukov’s profile and photo album seems to be cleaned up: it contains pictures from his ‘Novorossiya’ life, pictures of his colleagues from the 8th brigade and his new friends from ‘Novorossiya’. But you can also see a photo of the Chechnya barracks and a shot of his military specialty from his military ID – VUS 100 915 A (100 – VUS code for riflemen, 915 – position code for rifleman, A – ground forces of Russia). 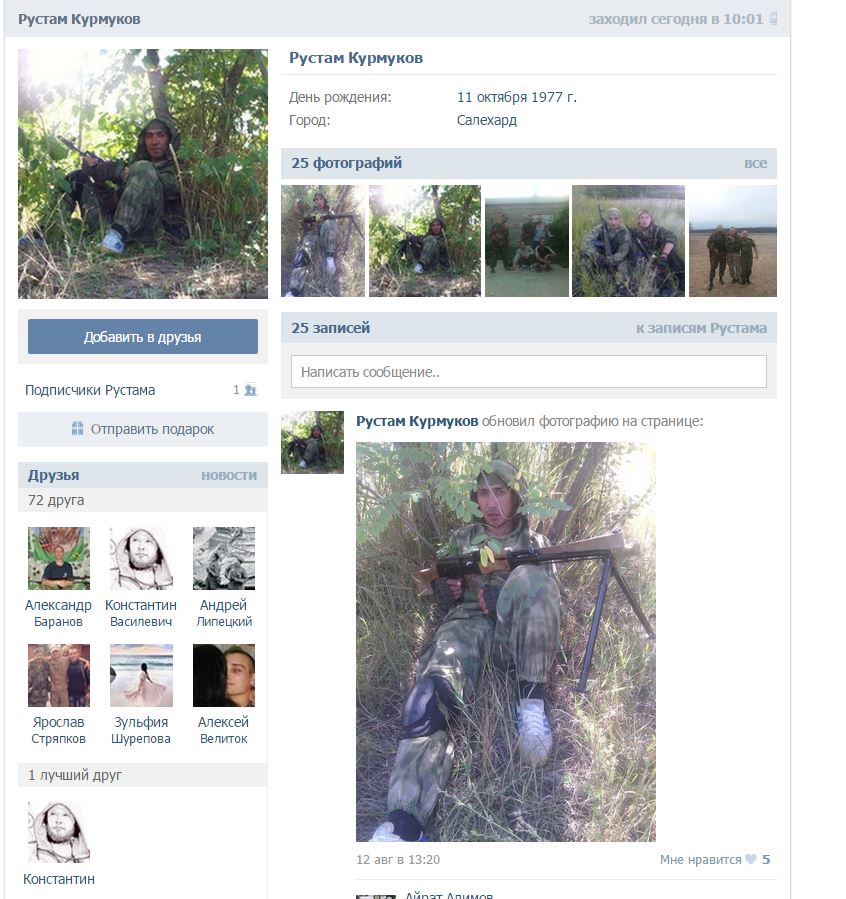 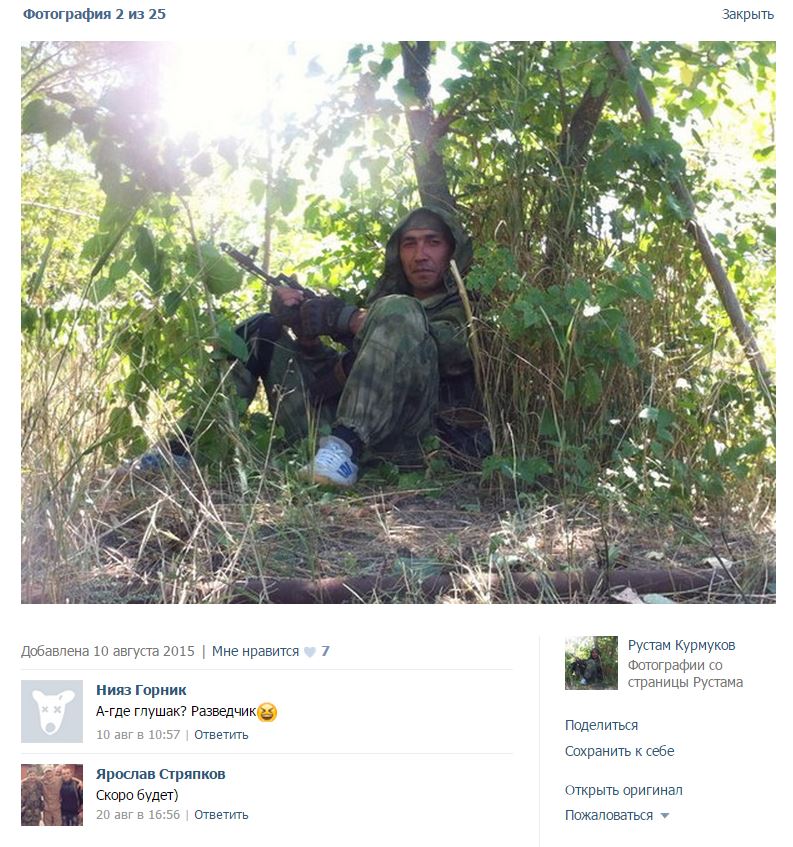 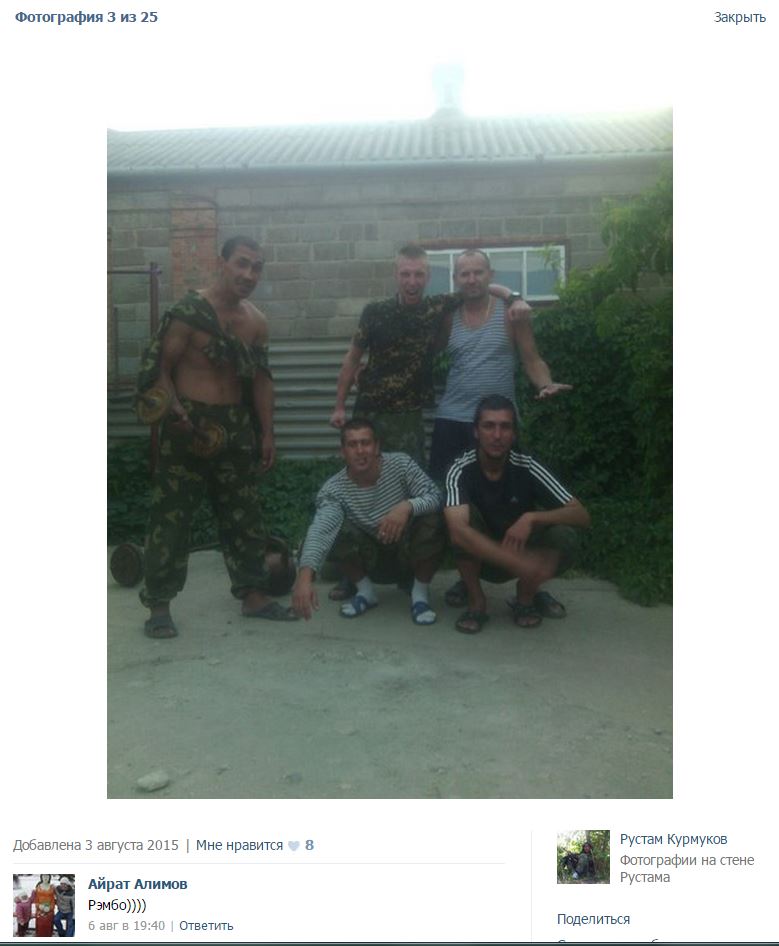 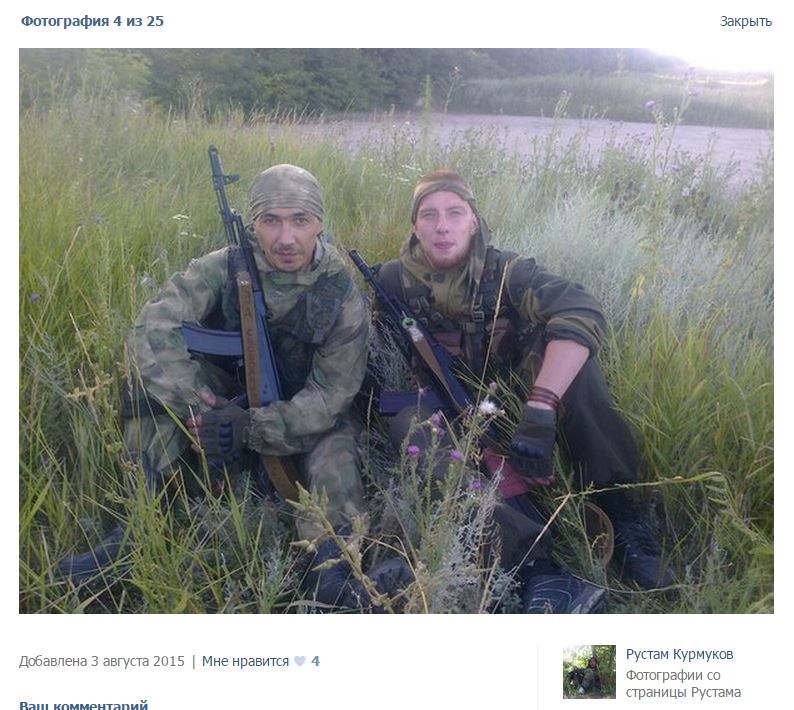 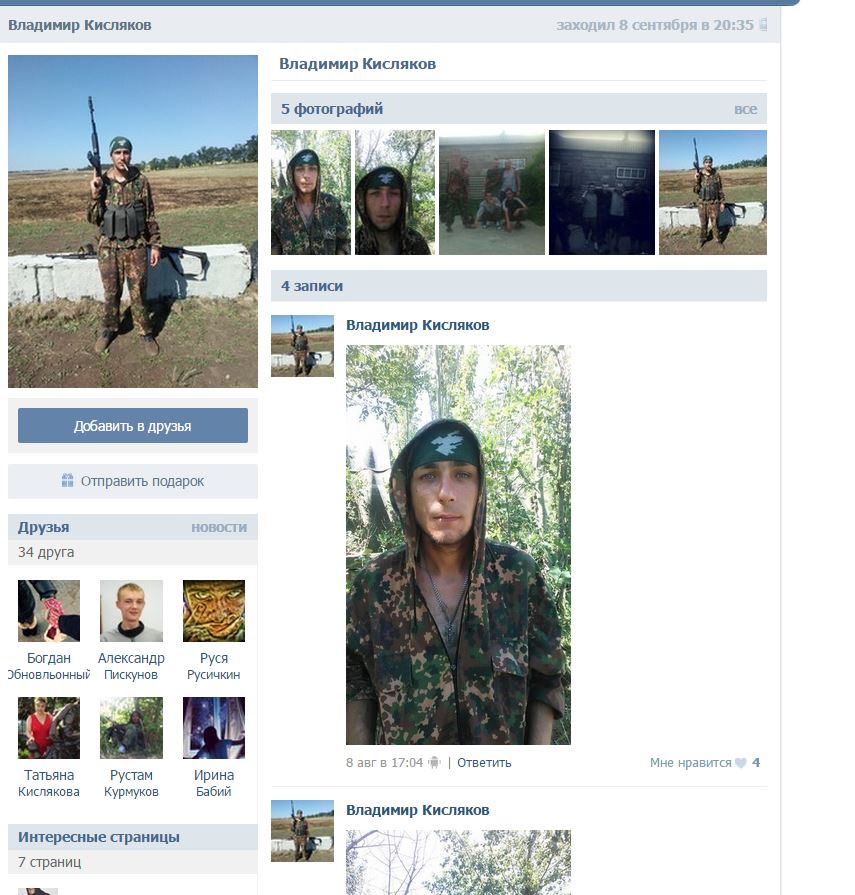 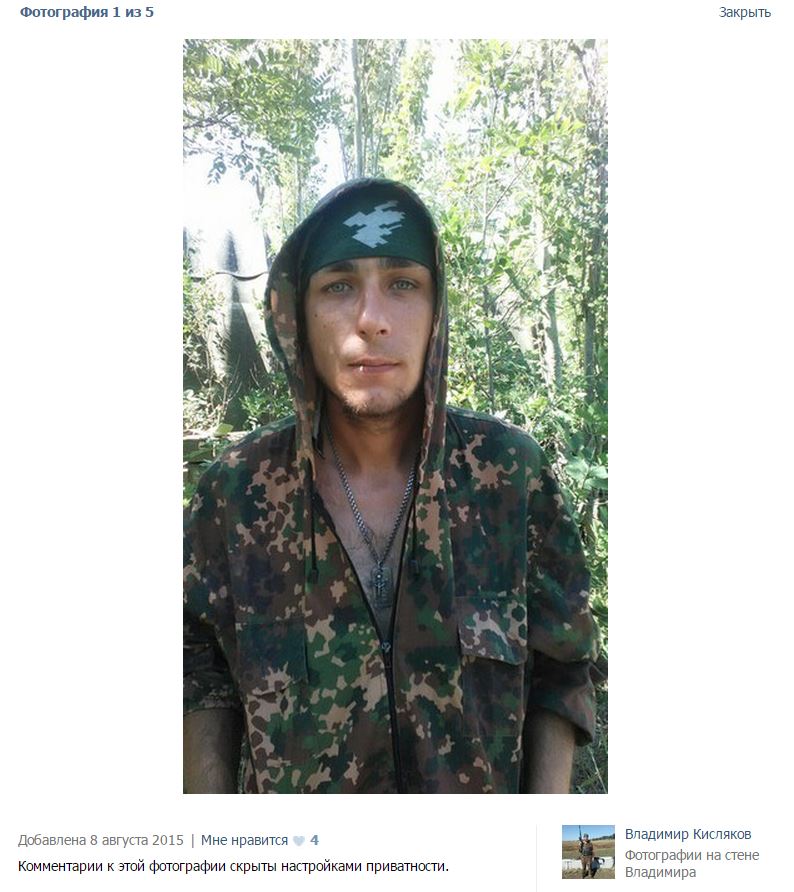 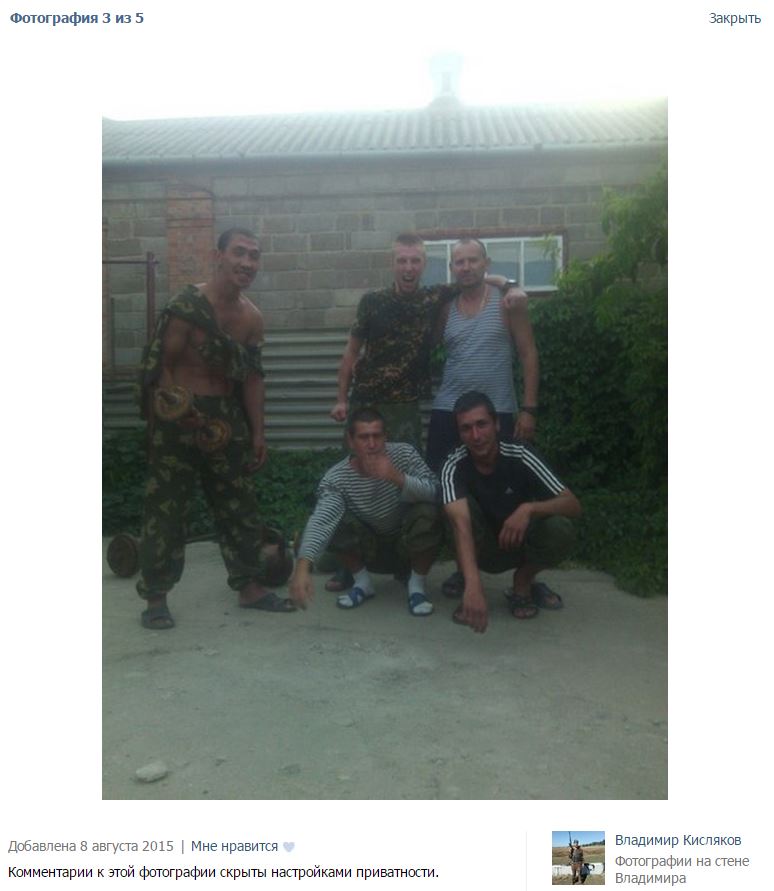 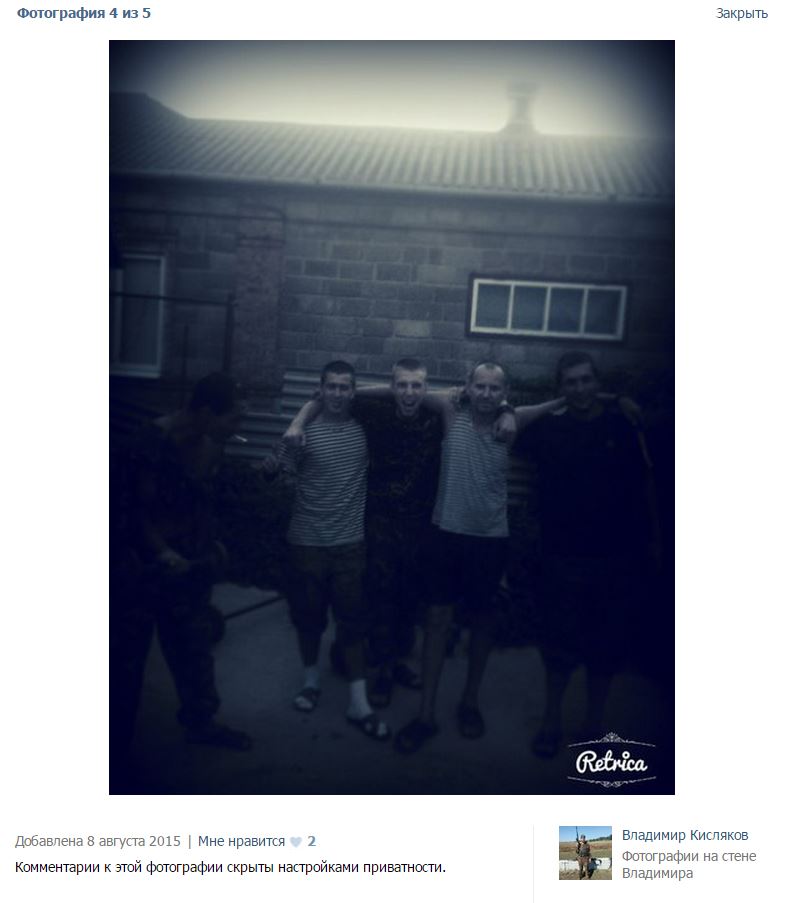 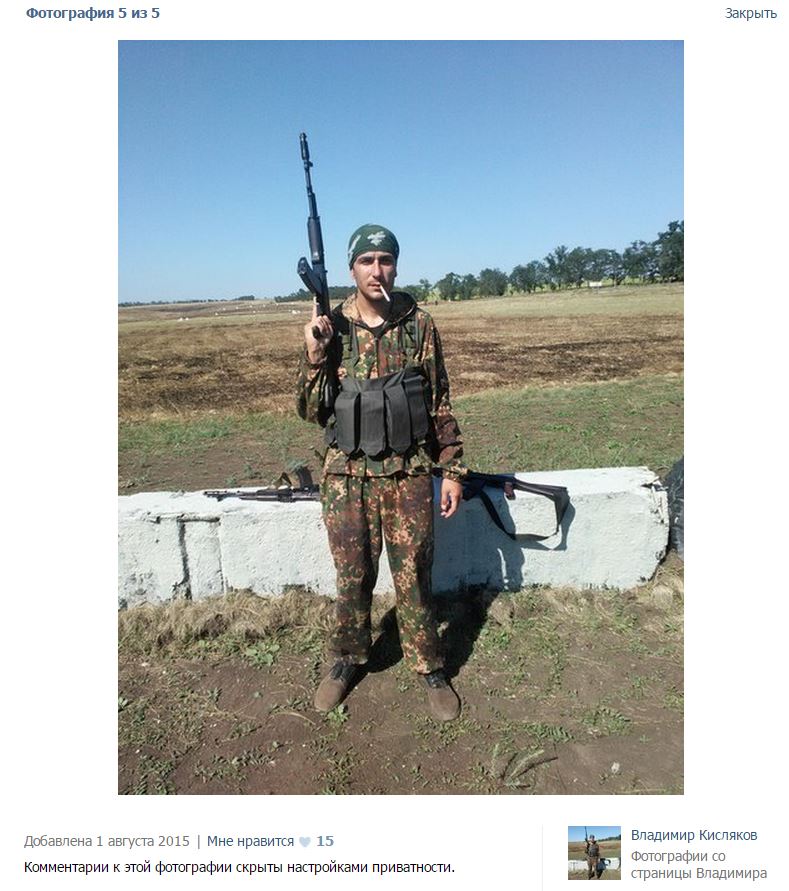 The contact lists of our figurants give us also other Russian servicemen who mask as ‘volunteer’-militants – their identification is in progress.

In addition to the information above we represent you with a set of screenshots of VKontakte group BORZOI, 291st regiment, 8th brigade, unit 44822 and 16544: 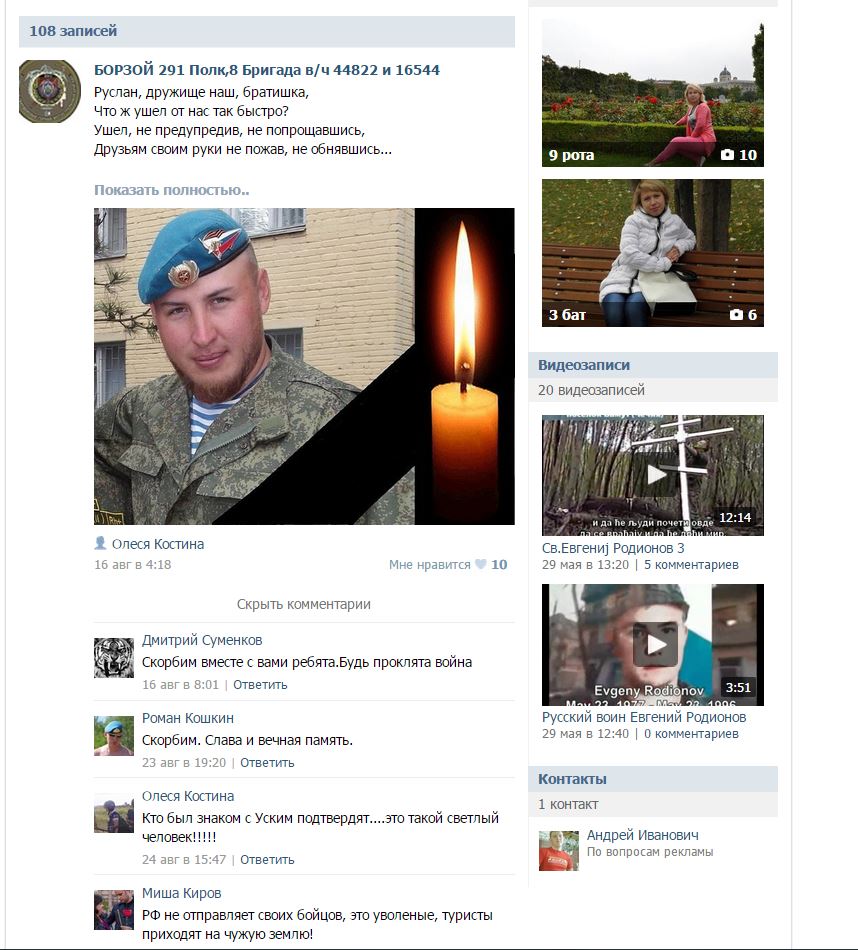 The other topics of this group are informative not less than the previous one. 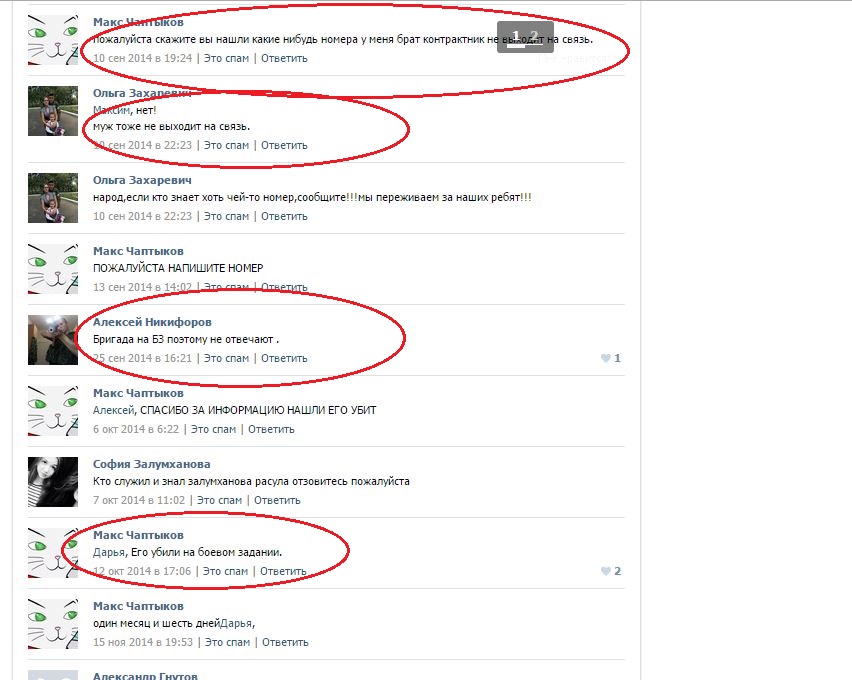 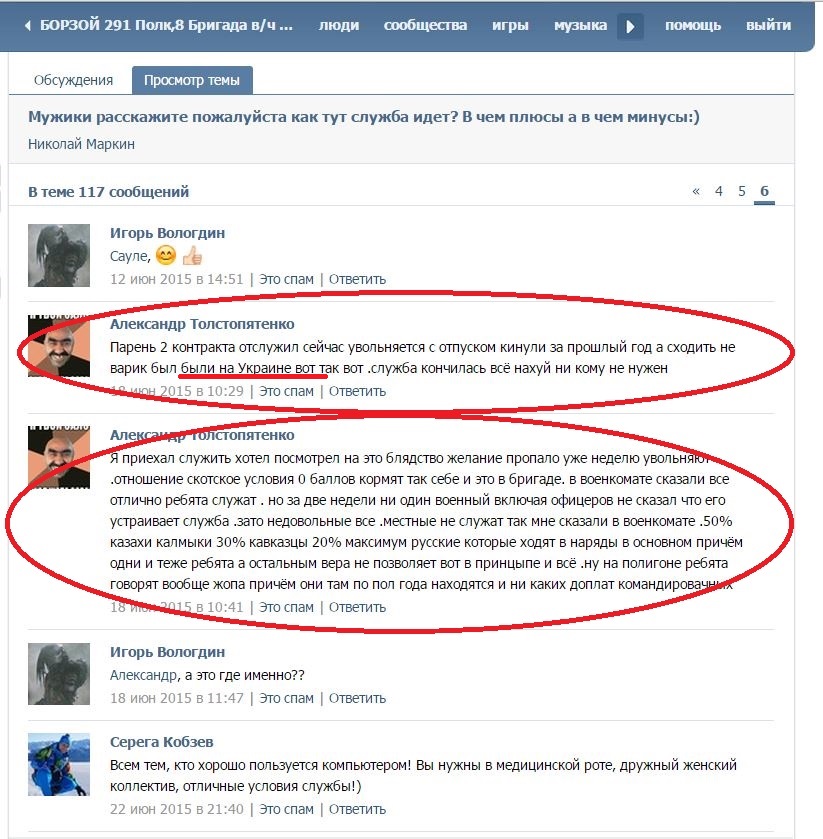 The “needed info” topic in the “Discussions” section stores a conversation between some Andruha Samoilenko (who wants to sign the contract with the 8th brigade) and recently invalided out contract soldier Anatoliy Osipov-‘Bezrukov’ (known as the Medal for Bravery holder) on August 24-26, 2015:

Andruha Samoilenko: “I do not know the exact unit. But they promise triple salary. Can you give me your phone number to talk about the service?”

Anatoliy Osipov: “The triple salary is confirmed. I am not in brigade right now – resigned a week ago due to disability!”

Andruha Samoilenko: “Are there any combat actions?”

Anatoliy Osipov: “Yeap, I lost my arm there!”

Andruha Samoilenko: “F*ck… have you lost a lot of guys?”

Anatoliy Osipov: “That took place. Bro, I do not know what to advise you, but frankly speaking I wish you to serve in Russia, not in Caucasus!” 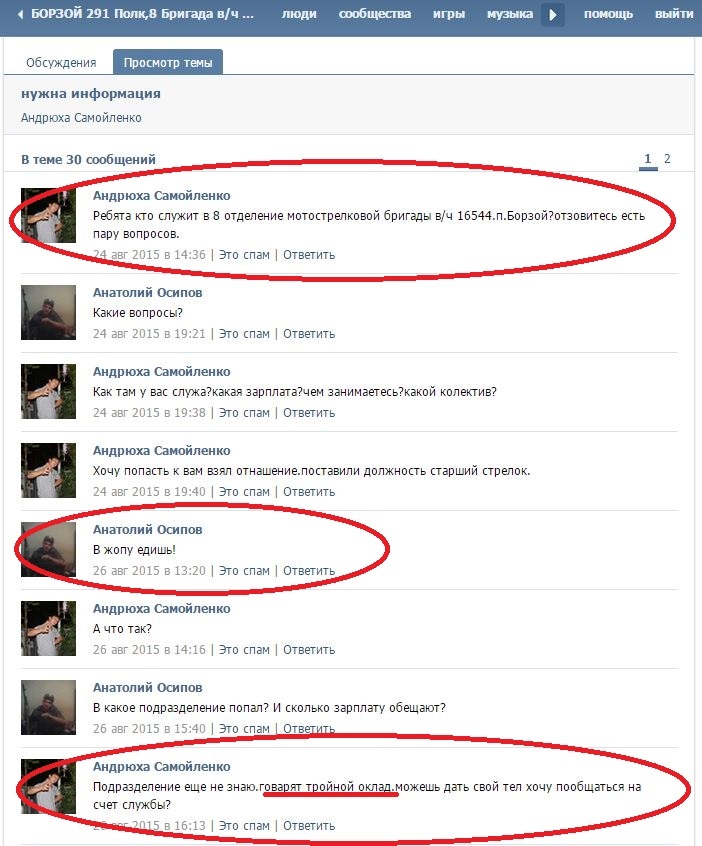 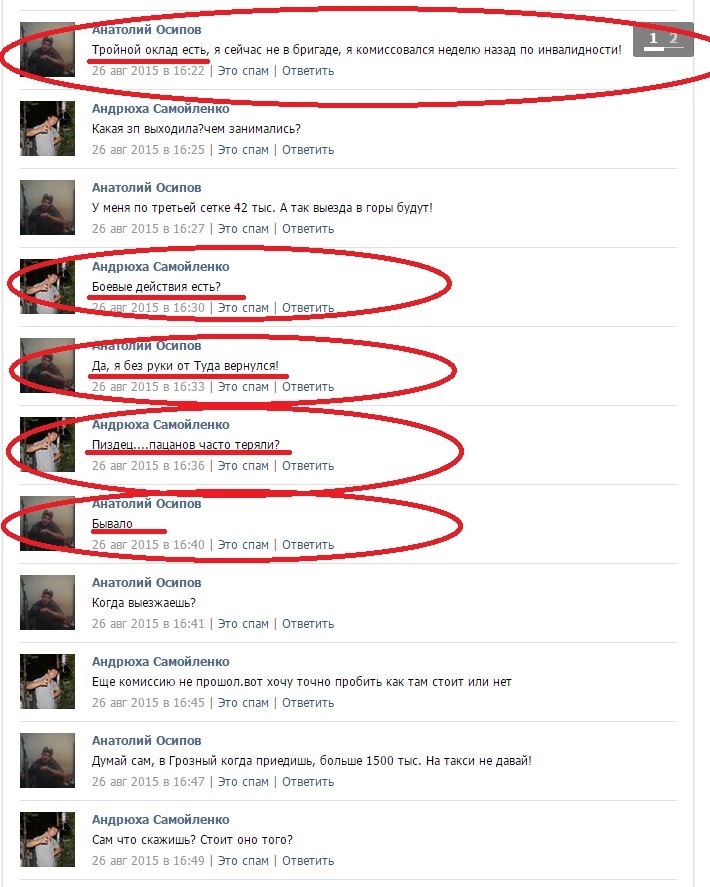 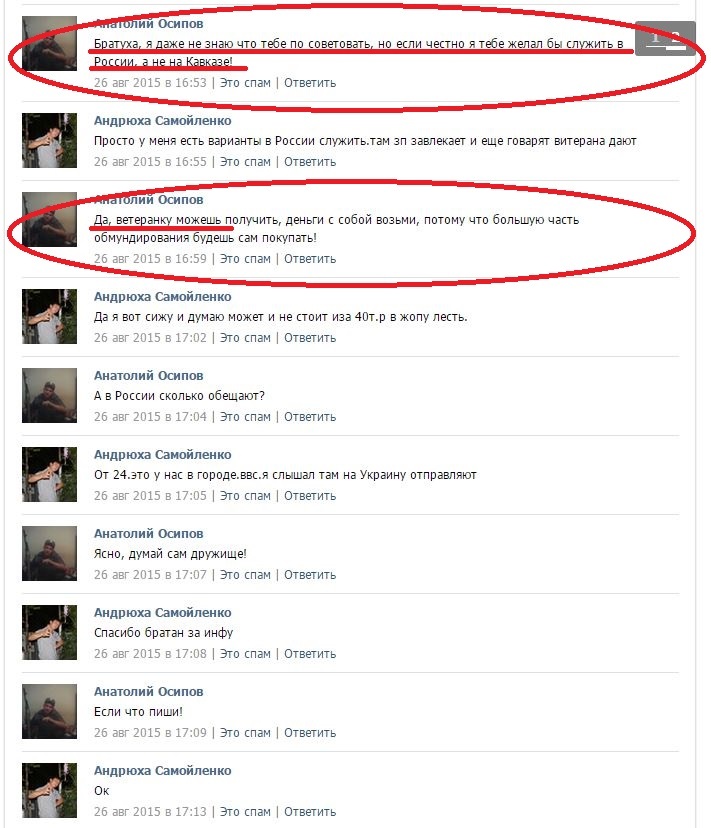 P.S: It seems to be an irony of the fate, but the introduction to the “Do not feel pity for us…” from the video clip published on the 8th brigade’s page is pretty realistic about the destiny of the disabled Osipov and his killed brothers-in-arms who obeyed the criminal orders of the Russian command. You should not be sorry about them because they were not sorry about anyone. The servicemen of the 8th mountain brigade have fought, but have not tasted the victory. All the Russian occupants, no matter in Ukraine or Georgia, await the fate to die in oblivion or to live with disability without a possibility to boast with a medal from the war which never happened.

InformNapalm thanks the friends and colleagues from the ‘Mirotvorets‘ [Peacemaker] center for the provided information about the 3 persons above.

Let us remind you that the 8th brigade has been mentioned a lot in our articles: