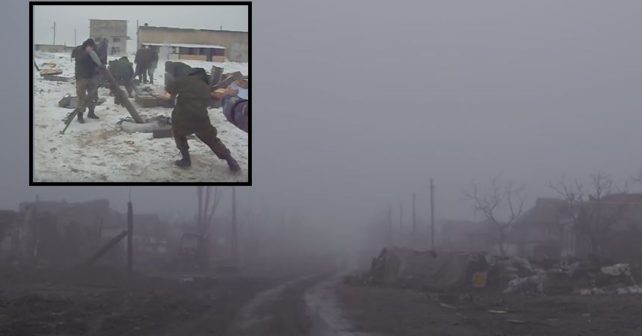 International volunteer community InformNapalm continues to publish its investigations on the basis of information provided to us exclusively by the Ukrainian cyber alliance. In early June, the alliance of Ukrainian hacker groups FalconsFlame, Trinity and Ruh8 provided our volunteer investigators with a vast array of data extracted from hacked mail boxes and cloud storages of Russian journalists and propagandists.

The new investigation examines videos stored in the oblako@mail.ru  cloud storage (in a folder titled “Industrial area near Debaltseve… Retaliation fire”) of Sergey Zenin, a propagandist in the service of state-owned Channel One of the Russian Federation. We have 25 videos of a mortar battery (operated by terrorists of the so-called Donetsk People’s Republic (DPR)) shelling Nikishyne in Donetsk Region of Ukraine. We have compiled the most informative videos into one file and uploaded it to Youtube. The original videos will be submitted to the Military Prosecutor’s Office and SBU (the Ukrainian Security Service). The videos were made with a photo camera (MotionJPEG; image resolution: 640*480) The videos were probably shot in January 2015. We can see a three-piece 120mm mortar battery operated by non-professional combatants of various ages wearing mismatched military outﬁts. They are commanded by a militant in a winter camouflage suit and rubber overshoes, nicknamed “Alabay”. There are no communication or battery fire control devices in sight (and none in the shelter, either; only a crumpled map). There are virtually no target adjustment or fire correction orders given, it looks like they are indiscriminately targeting large areas.

Establishing the location and the direction of fire

The battery was deployed in an industrial area located to the east of Kumshatske, a rural settlement in Donetsk Region. Exact coordinates and the direction of fire were identified by analyzing the geotagging of a number of videoframes (geotagging courtesy of 5urpher). 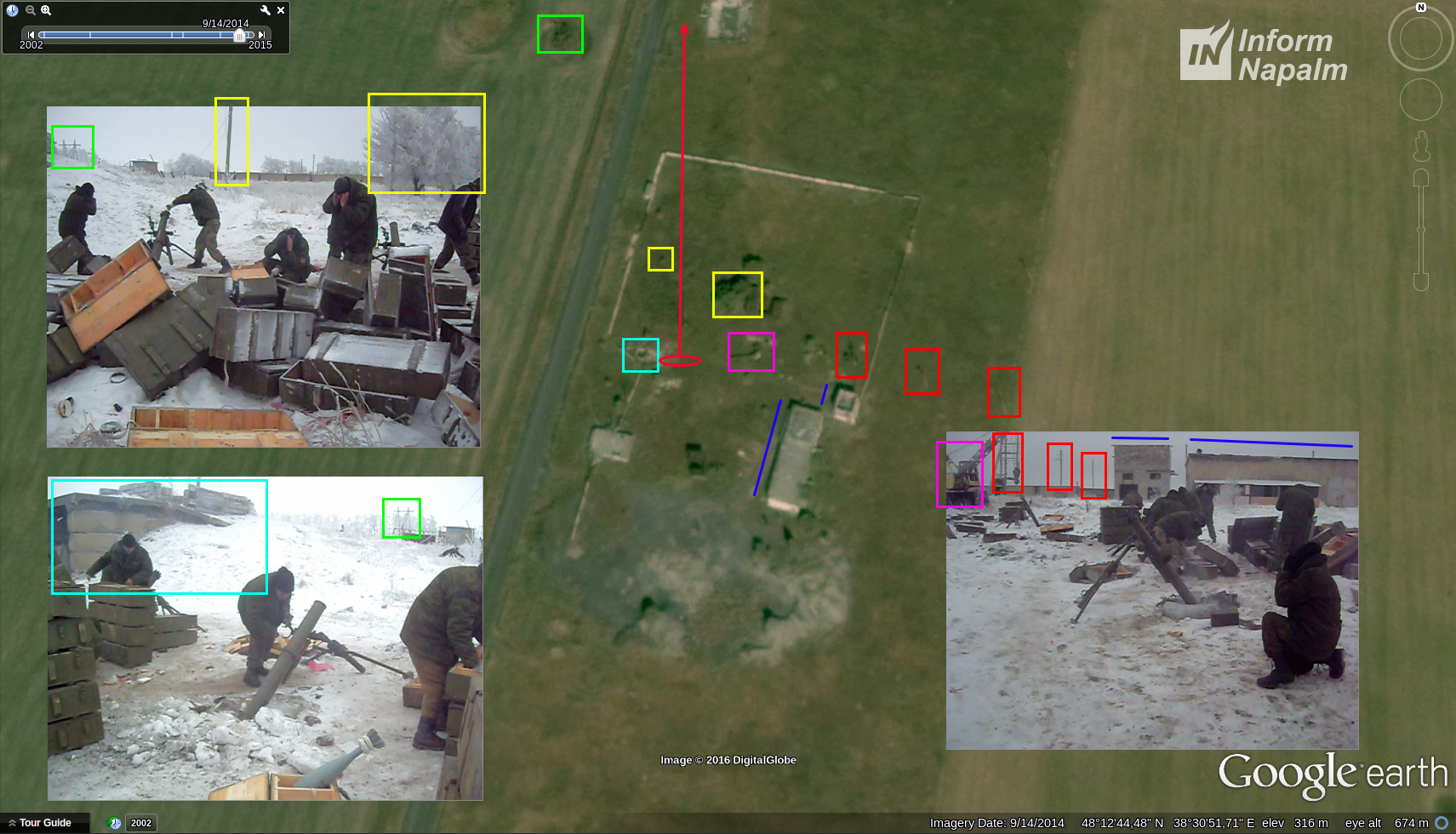 The red arrow indicates the probable direction of mortar fire, pointing to the direction of Nikishyne, a village located three kilometers from the industrial area.

Below is the aforementioned compilation of the 25 videos showing the shelling of Nikishyne by the terrorists’ mortar battery.

1:17 to 1:40: two militants attach supplementary charges onto mortar shells: four charges are installed; one of the militants reaches for the fifth one. This means that they use mortar shells with five supplementary charges. 02:00: the battery commander orders to adjust sight setting to 6-45. 02:20–02:35: the cameraman pans his camera around showing a heap of crates and says: “A railroad car-load, the usual day’s work”. So, here’s what we know: the exact position of the mortar battery, the direction of fire, the number of charges and the elevation angle. Let us now determine the firing range using 120mm regimental mortar firing tables. The mortar rounds seen in the video are probably OF-843A 120mm high-explosive fragmentation shells. Given the five supplementary charges and the elevation setting of 6-45, the approximate firing range would be 3,450 meters. At temperatures below zero Celsius, firing range may be shorter. 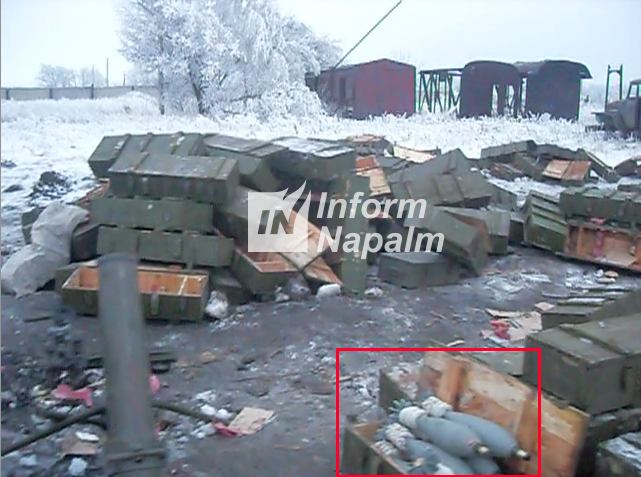 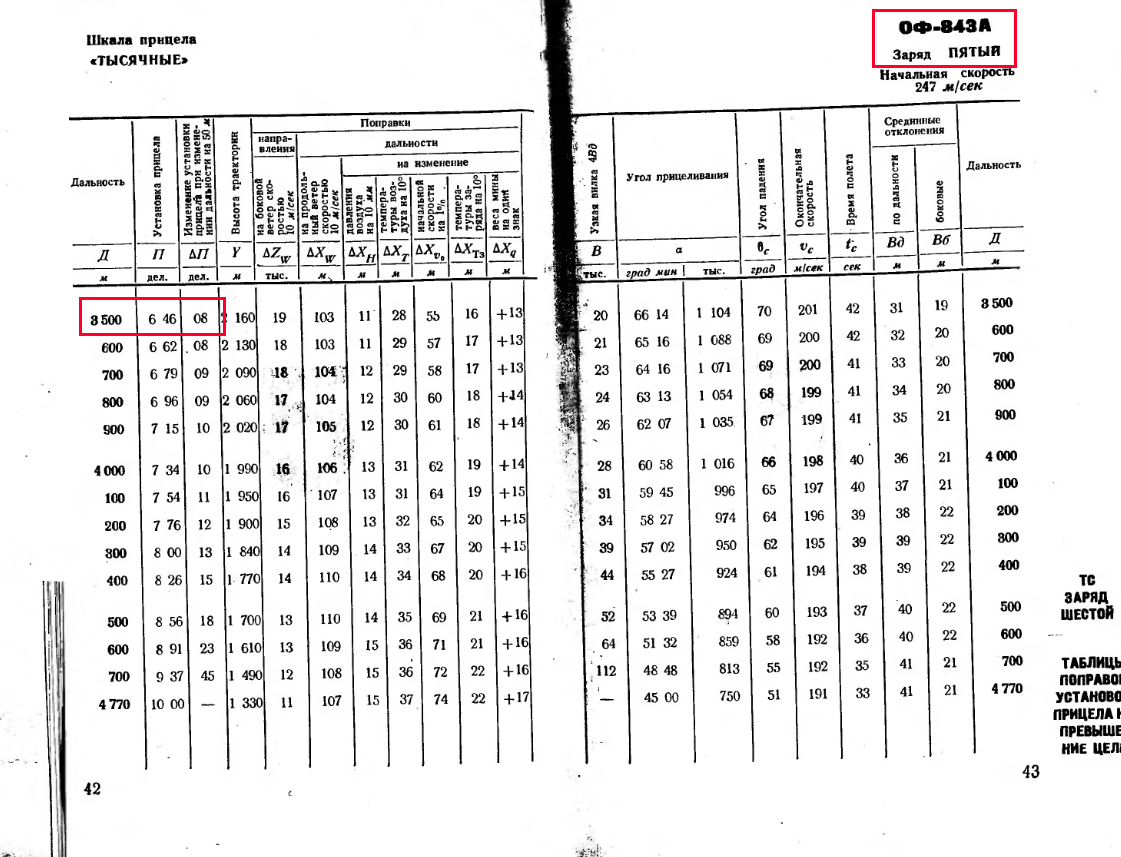 Let us now measure out 3,450 meters from the location of the mortar battery in the direction of shelling. Look at two Google Earth shots: one was taken on May 26, 2015, that is, after the events taking place in the video; the other was taken earlier, on October 30, 2014. Look at the condition of the houses in the green rectangles located in close proximity to the firing line and within the calculated firing range (click on the images to enlarge). For your information: Nikishyne was captured by Russian terrorist troops on January 31, 2015. 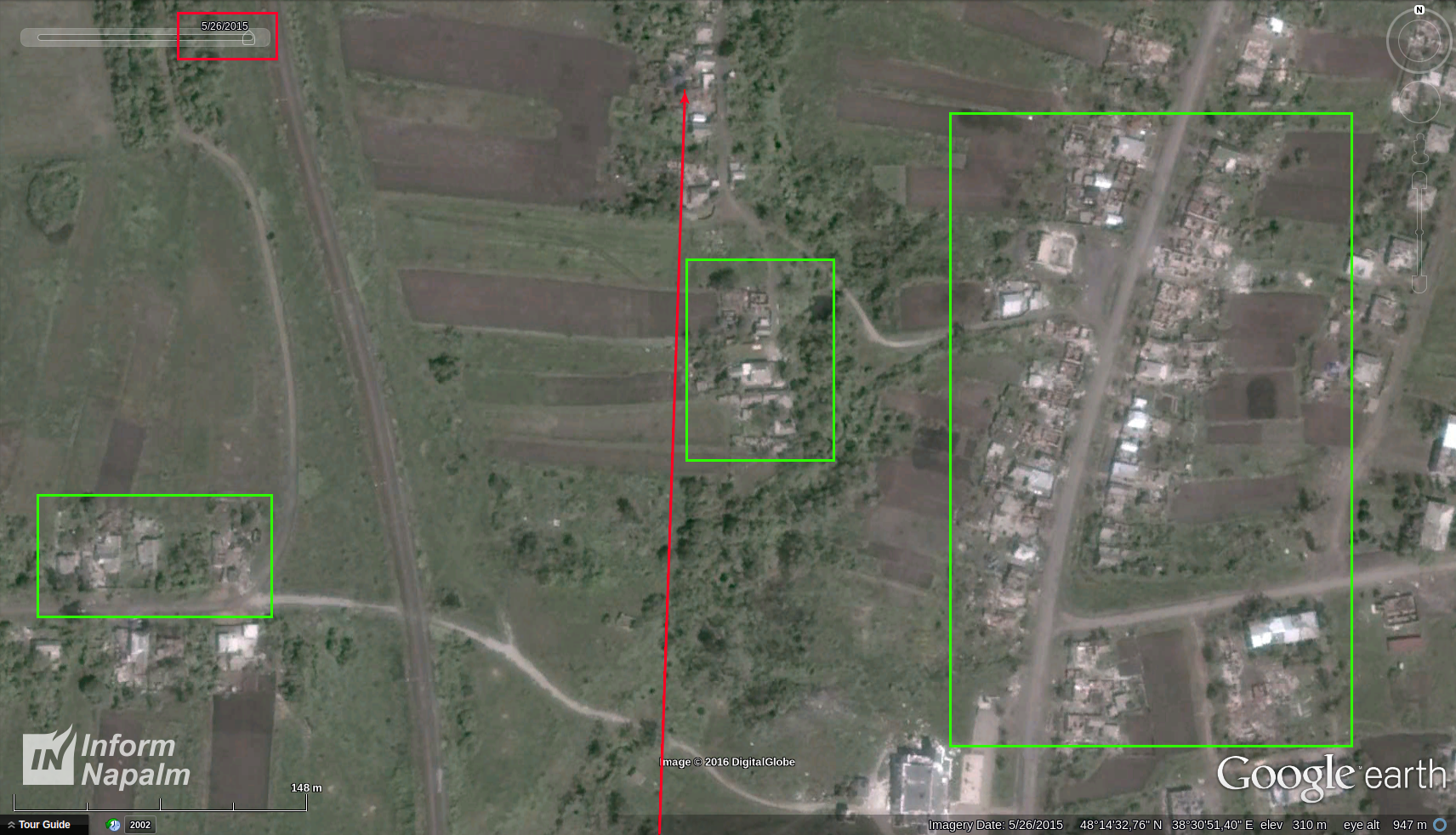 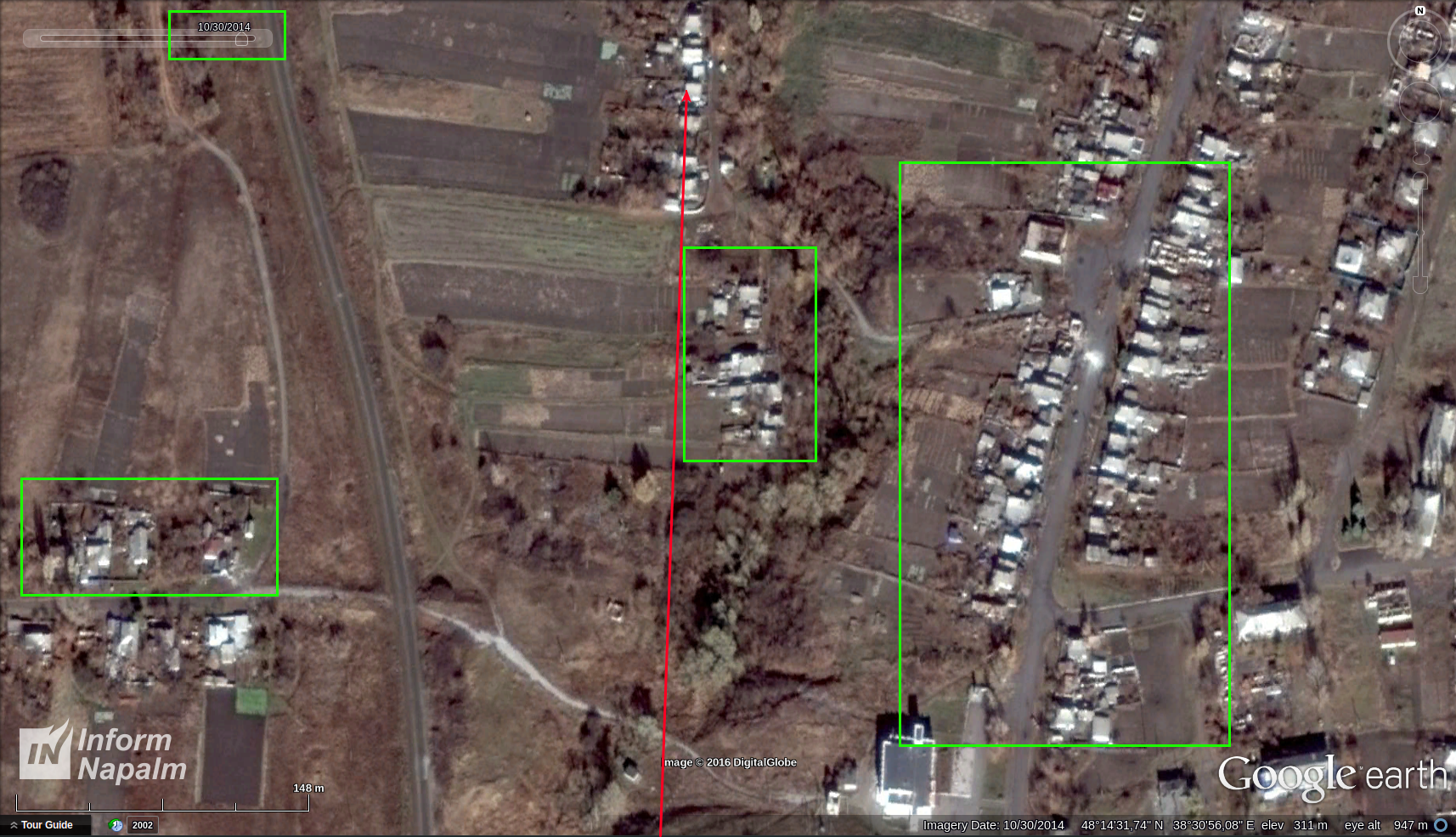 There is every reason to believe that this mortar battery was indiscriminately shelling the residential part of Nikishyne which qualifies as a terrorist attack against civilians. A video report called “Nikishyne Ruins” made in early March 2015 is a sad summary of what happens when the “Russian world” comes.

Terrorist attacks of the Russian hybrid army are backed up by information warfare. (see archive: Russian propaganda outlets attributing such attacks to the Ukrainian army). 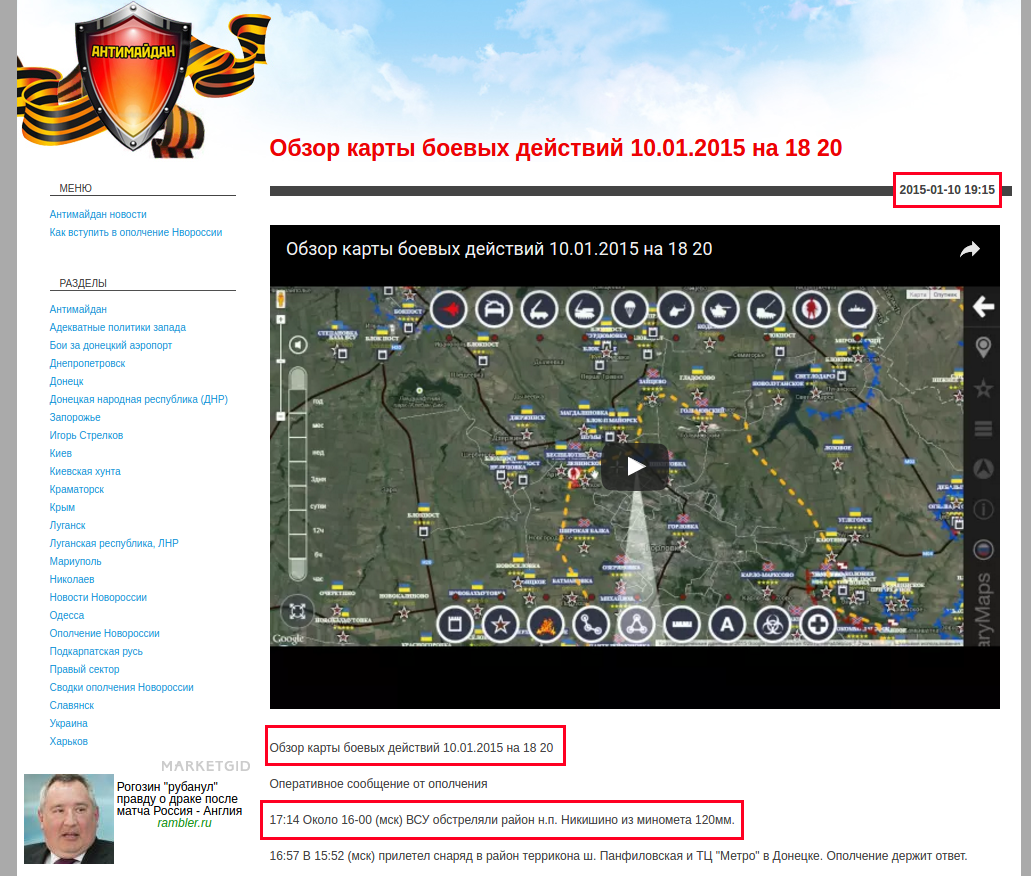 Some of the terrorists caught on camera 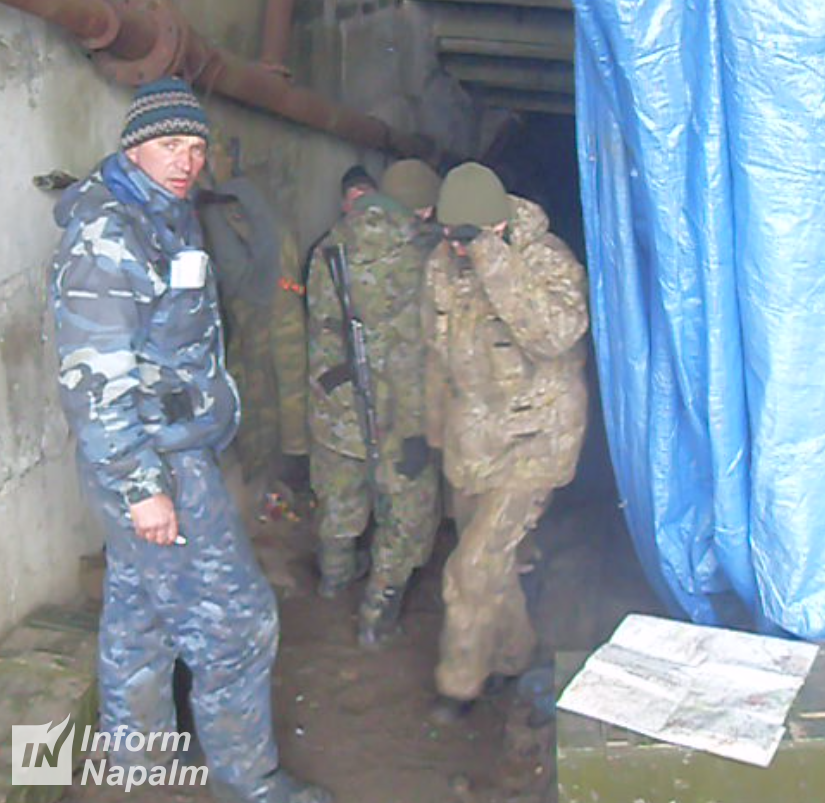 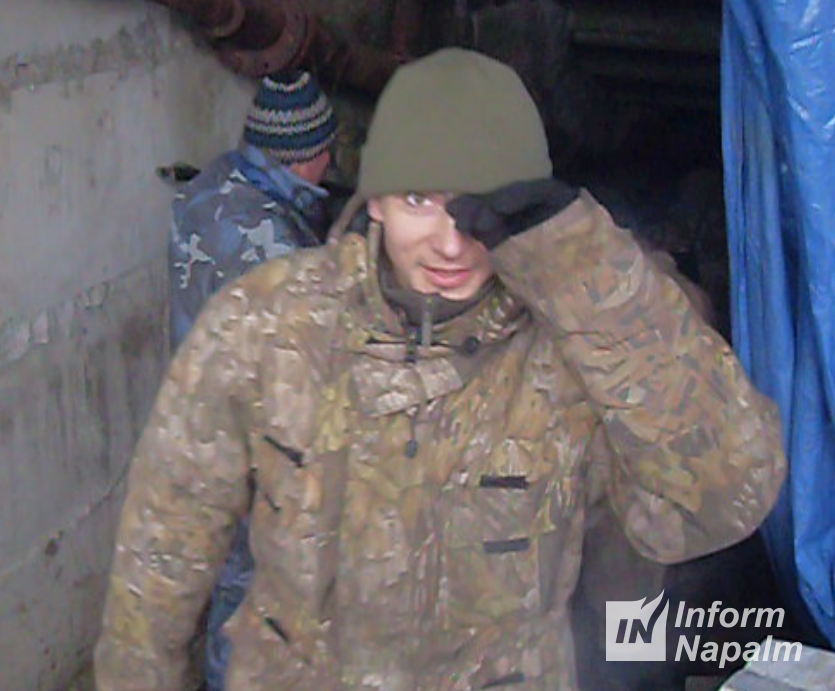 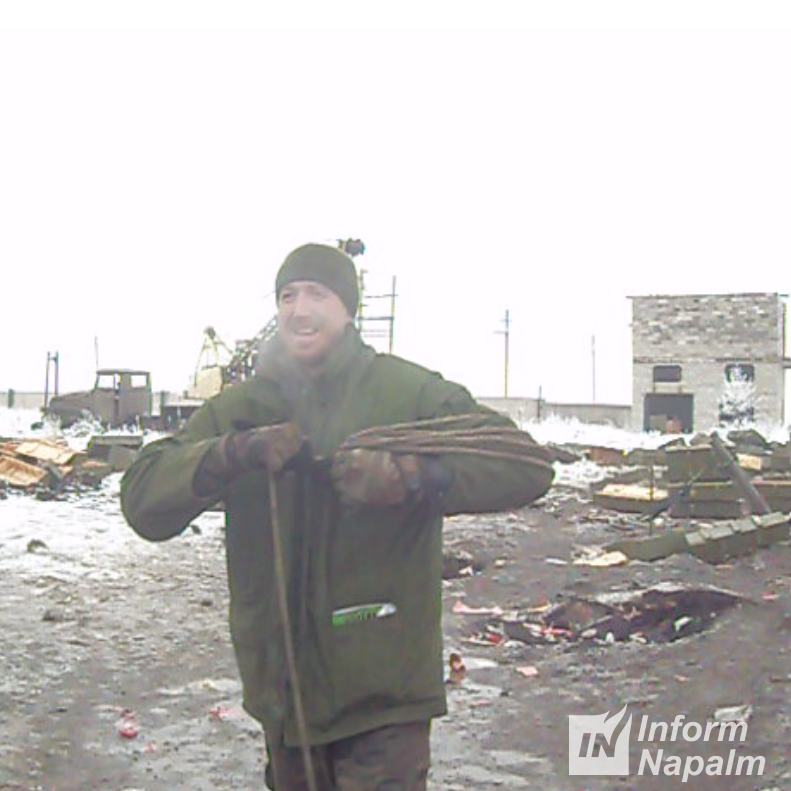 It is unclear why Zenin decided to keep the videos that would never be shown on Russian television. Most likely, they were provided to Zenin by the man who had taked photos on the captured Savur-Mohyla earlier. (For your information: these photos were found in Zenin’s hacked correspondence). 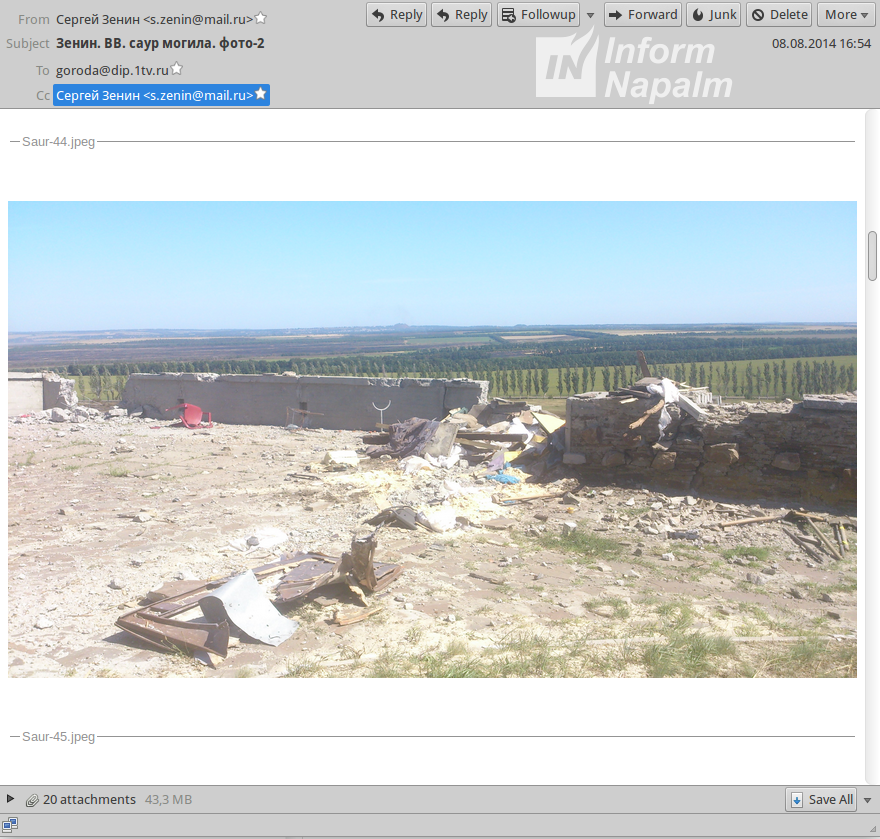 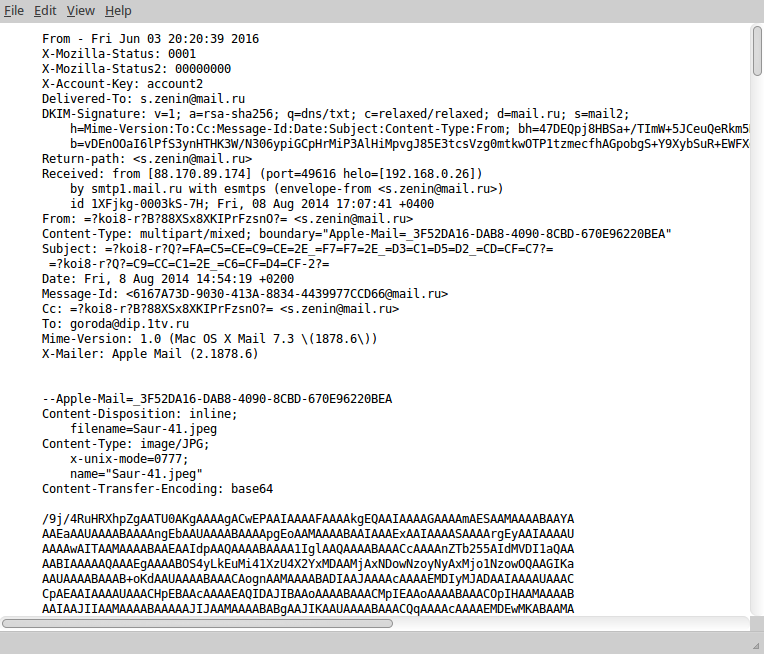 By way of reminder, Sergey Zenin, a journalist and propagandist of state-owned Channel One (Russian TV channel), has already been featured in our publications; links to the relevant materials are given below:

This publication was prepared by the volunteers of the InformNapalm international community.

(CC BY) Information specially prepared for InformNapalm.orgwebsite, an active link to the authors and our project is obligatory for any reprint or further use of the material.

One Response to “Russian Propagandists Hacked. Part 3. The Shelling of Nikishyne”