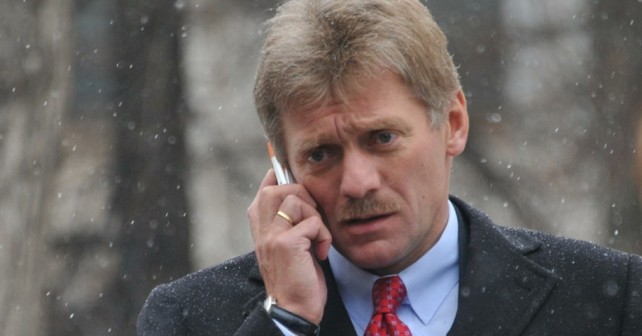 InformNapalm.org international volunteer community continues the cycle of articles related to publishing the data on the Russian air force’s pilots executing the criminal orders to conduct rocket and bomb strikes on the civil Syrians and moderate opposition. A couple of days ago the Russian media exploded because of our actions, and also we made Dmitry Peskov, the press spokesman for the President of Russia, make clumsy statements about secret services that ensure the pilots’ security. Besides that, the Russian segment of the Internet was frightened by the appearance of the Arabic translation of our materials.

Here is the essence of our ultimatum – stop the crimes of the Kremlin-terrorist forces in Ukraine and abroad. And the publication of the data on each individual pilot is associated with a ceasefire violation by the Russian terrorists in Donbas.

Follow this link to find all the stories related to the ultimatum and conflict in Syria.

On October 17 and 18, the Russian-terrorist forces carried out a series of provocative attacks near the village of Peski (Donetsk Oblast, Ukraine) as a result of which a Ukrainian serviceman was wounded. In response to this violation, we publish the data on the navigator of Su-24M bomber (side number ‘white 16’) of the 6980th guards airbase.
‘White 16’ aircraft was seen in the RT’s reportage about the punitive operations against the Syrian people. 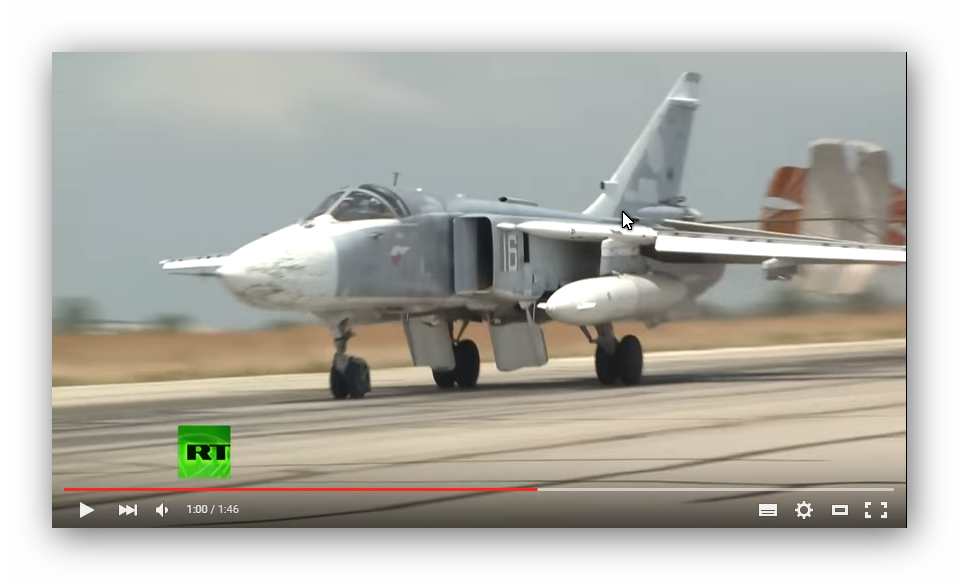 The video about the trainings of the 6980th airbase’s pilots shown on Zvezda [Star] TV channel helped us to find the information on the aircraft’s crew. 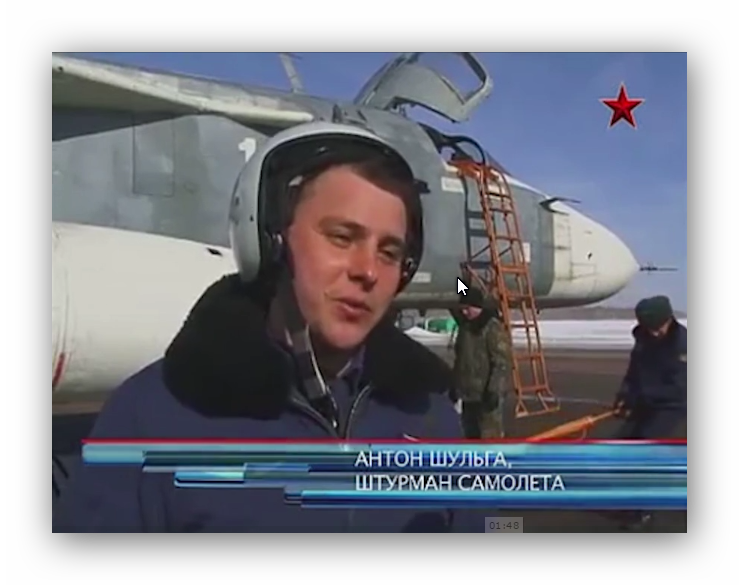 In this video, navigator Anton Shulga (who was born on February 18, 1989, finished school No. 16 in Chelyabinsk and graduated from the Chelyabinsk Red Banner Military Aviation Institute of Navigators in 2011) gives an interview to a reporter standing in front of a Su-24 aircraft with side number ‘1x’ (10, 16 or 18). The volunteers of the ‘Myrotvorets‘ center (special thanks to the center’s staff known as ‘Shurf’) helped us to establish that Anton Shulga took part in the punitive operations in Syria and to indirectly prove he was the navigator of the ‘white 16’ aircraft.

In the course of gathering the evidence it became known that Shulga cleaned up all his personal information in the Internet before leaving to Syria. However, he was let down by his own wife. She did her best, of course, but these slapdash actions were noticed by the analysts. It is thanks to her efforts we received basic information about her husband – a war criminal. We had no Anton’s pictures from Syria, only from Shagol airfield near Chelyabinsk. But Anastasia Shulga dispelled all our doubts. She deleted all her photos with the husband in the end of September – exactly at the moment when the Russian warplanes deployment to Syria started (the first screenshot shows the pictures in her photo album on September 17, the 2nd screenshot is from October 17; the deleted pictures are marked with red color). But it seemed not enough, so she changed the last name in the blog. Thus, we got her maiden surname and, thanks to that, the previous place of residence in Belarus and the date of birth. Also it was a sign that disappearance of the pictures with the husband had a reason. The wedding pictures carefully collected by Anastasia also gave us a lot of information about her husband and his relatives.

The reasons why we think Shulga is the navigator of the ‘white 16’ aircraft:

Also we provide you with an example of how the Russian Ministry of Defense tells lies that the conducted strikes were against the militants of ISIS and not against the opposition.

Having analyzed a video from the Russia 24 channel, we found out some interesting information (seen at 01:27) – the map of the Su-24M airstrikes near Al-Latamna, Tel-Bis and Er-Rastan was shown. The same video shows the 6980th airbase’s warplanes with side numbers ‘white 05’ and ‘white 26’ carrying out the night strikes. As you can recall, the data on these crews was found in our previous articles. 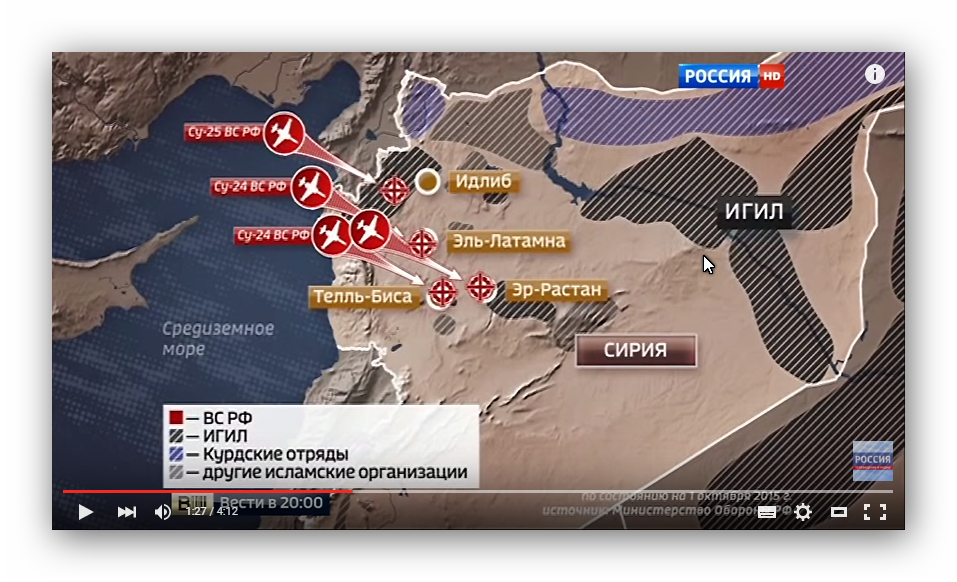 After that we compared the location of the airstrikes with the Syrian Civil War interactive map (the governmental forces are marked with red, the moderate opposition is in green). As you can see the Su-24M striked the cities controlled by the Syrian opposition. 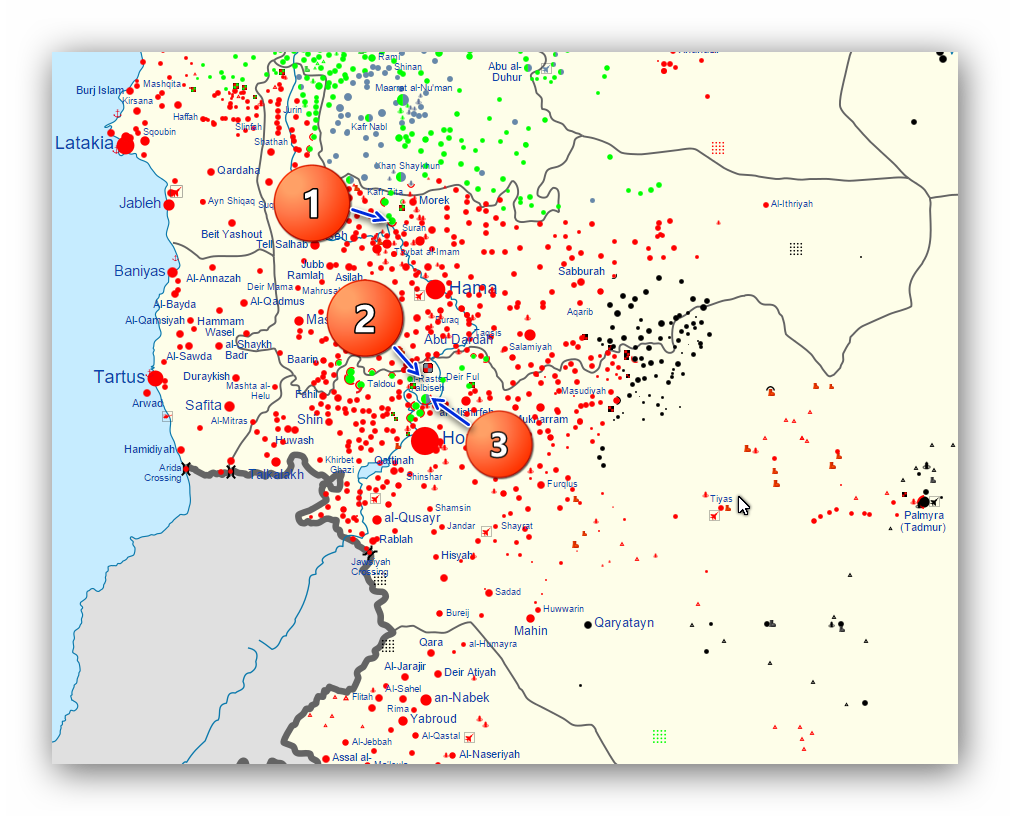 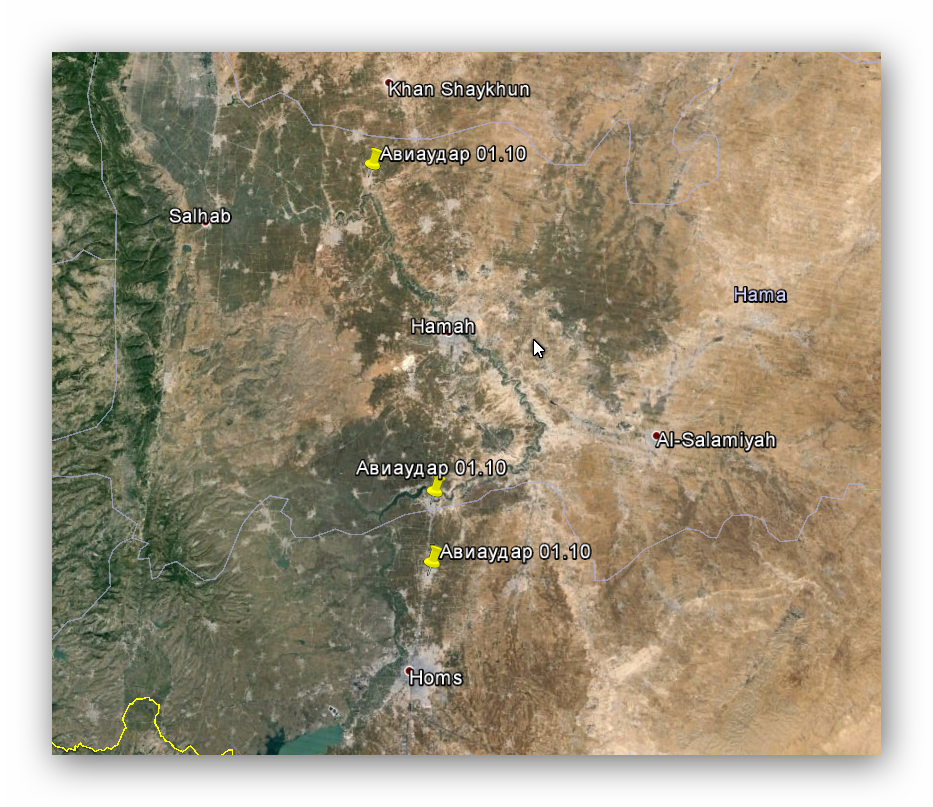 Now let’s take a video by VGTRK channel which shows the night airstrikes on October 1. We can see ‘white 16’ aircraft that carried out the punitive air attack on Al-Latamna, Tel-Bis and Er-Rastan. 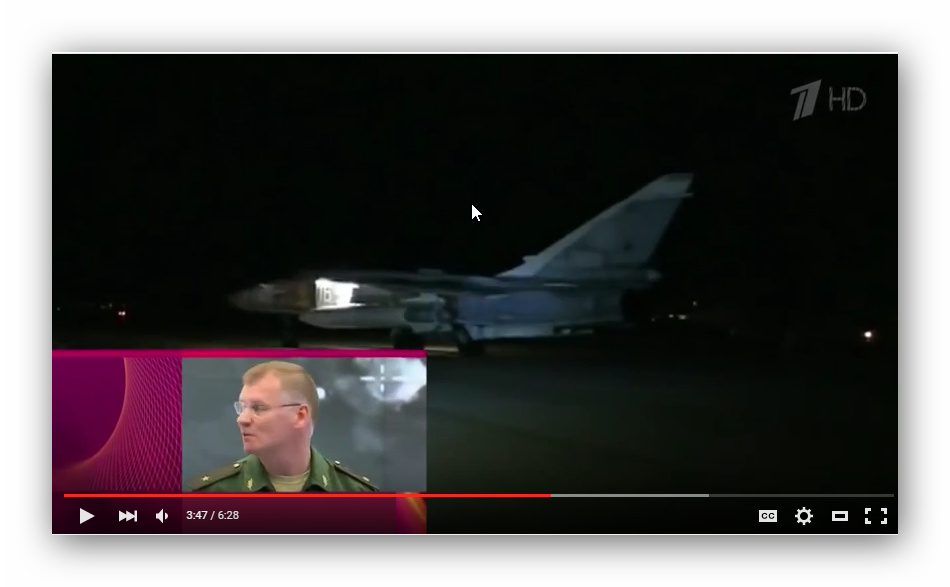 Thus, it is confirmed that the crew of the ‘white 16’ aircraft is involved in bombing the peaceful Syrian citizens and the moderate opposition, and its pilots are war criminals.

We would like to remind the Russian military authorities that each crime in both Syria and Donbas will be accompanied by an asymmetric response from our international volunteer group.

The article is prepared by the InformNapalm  international volunteer group and is distributed under the Creative Commons license. Please specify the source if re-printed.