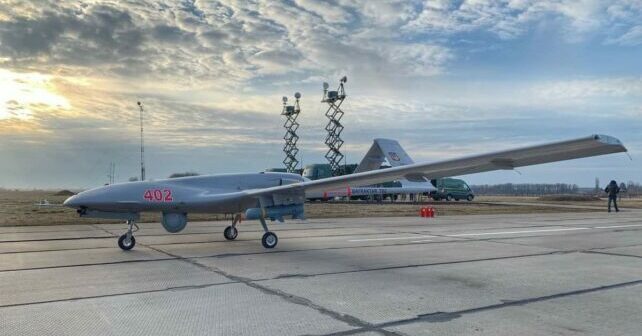 Polish Minister of Defense Mariusz Błaszczak announced the acquisition of 24 Bayraktar TB2 drones from Turkey. The deal was signed by President Andrzej Duda during an official visit to Turkey on May 23, 2021.

Contract includes the purchase of drones themselves, logistics, training and service. First 6 drones will reach Polish army in 2022. Poland will be the second NATO member to have in armament Bayraktar TB2. 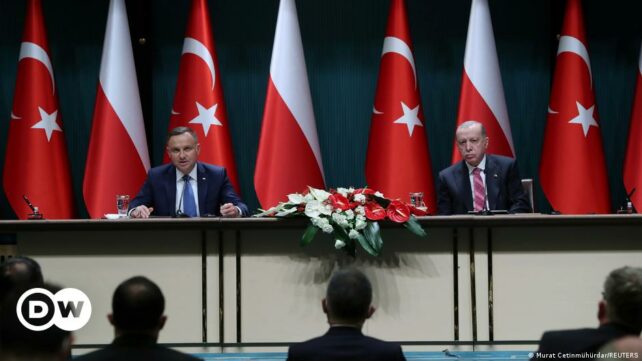 Besides Turkey these drones are already are being used by Azerbaijan, Libya, Morocco, Qatar and Ukraine. Ukraine acquired first 6 drones in 2020, and another 42 will produce by itself under a license agreement with Bayraktar factory. The very first reconnaissance flight of Ukrainian Air Force Bayraktar TB2 drone over the Donbass region has already taken place on April 9, 2021. InformNapalm already wrote about it – Ukraine armed with Bayraktar TB2 is a better deterrent than “deep concern”.

Official video of the Bayraktar TB2 attacks by the Ministry of Defense of Azerbaijan.

Bayraktar TB2 is a Turkish medium altitude long endurance (MALE) unmanned combat aerial vehicle (UCAV) capable of remotely controlled or autonomous flight operations. The aircraft’s MTOW is 650 kg, and its wingspan is 12 meters. Its operational ceiling is defined as 6,750 meters, with an operational range of 150 km from the control station. The drone’s cruise speed is 130 kph. Top speed is said to exceed 220 kph. The UCAV is powered by a single 100 HP Rotax 912 engine. Main armamant of the drone are 37.5 kg long range air-to-surface anti-tank missiles UMTAS ATGMs and 22.5 kg MAM-L loitering munitions. Bayraktar means “ensign” or “standard-bearer” in Turkish.