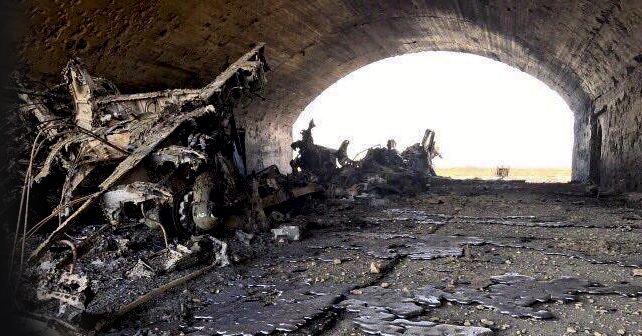 On April 7, 2017 the US warships fired 59 Tomahawk missiles at the Shayrat Air Base located in the province of Homs in western Syria. This strike was delivered in response to the recent attack on civilians with the use of sarin, lethal chemical weapon. On April 4, 2017 the Air Force of Bashar al-Assad and his ally, the Russian Federation, made an air raid on Khan Shaykhun city in central Syria culminating in a chemical attack which killed more than 100 and poisoned over 500 civilians.

A few hours after the chemical attack the UN Security Council met in New York upon the initiative of France. Russia announced its intention to block any resolution on the chemical attack in Syria at the consideration stage, paralyzing the UNSC with its right to veto. The U.S. Ambassador to the UN Nikki Haley warned that the U.S. administration could take unilateral action against chemical attacks in Syria that bear all signs of President Bashar al-Assad’s government involvement, if the UN Security Council fails to respond to this act of violence. Haley also accused Russia of blocking the UN actions.

Indeed, the US missile strike did not raze to the ground the buildings and facilities, which is considered as a weak action by the Russian standards. In October 2016, Russian airplanes were literally wiping out civilian areas and residential neighborhoods in the Syrian city of Aleppo. So the strike on Shayrat must look like a joke to the Russians. Yet, on a closer examination of the impact and the destruction caused, it is clear that the strike was carried out efficiently, without unnecessary victims.

On the frame from the video posted on Instagram by Evgeniy Poddubny, a journalist of Russia 24 TV channel, small holes are visible in the bunker roofs. These are the traces of missiles that were accurately hitting the targets and burning the equipment inside. 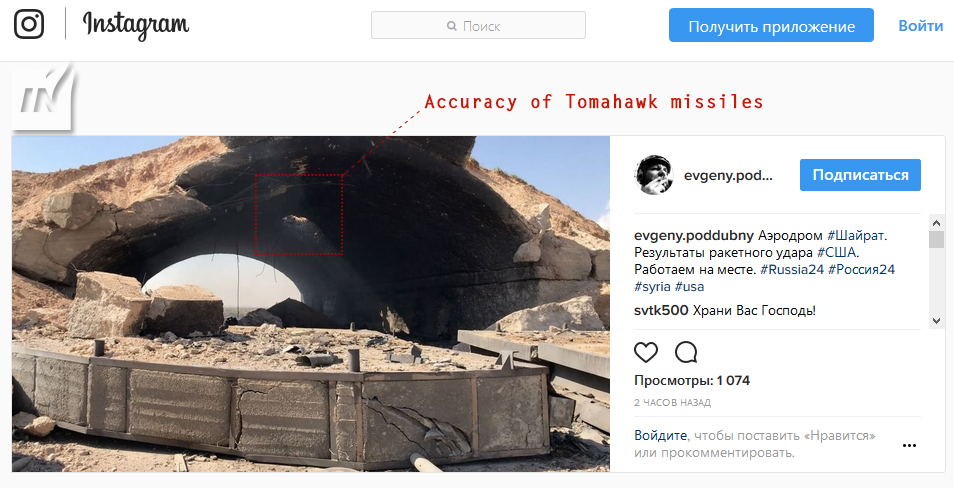 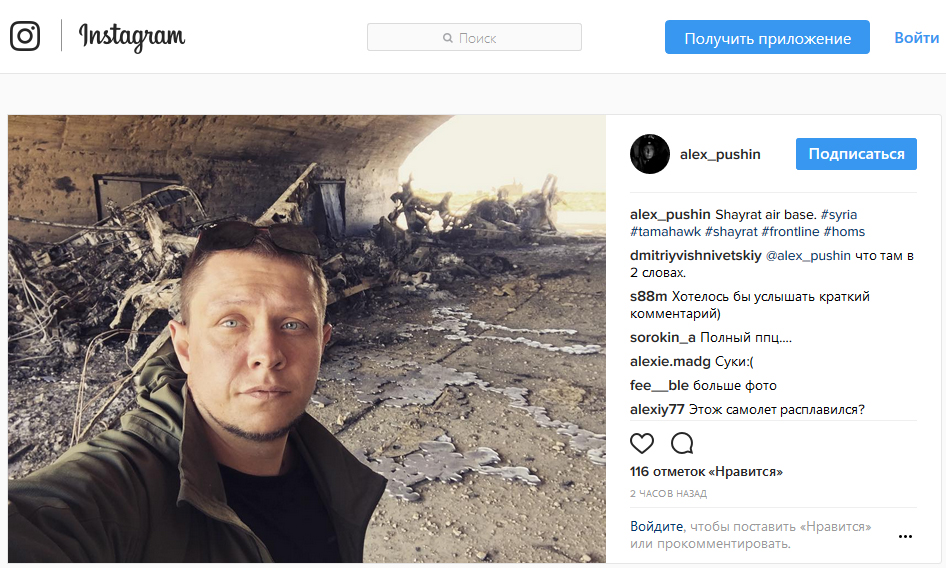 The Russian journalist also points out that American Tomahawks did not finish the job: “Not all airplanes have been destroyed. By preliminary estimates, 9 planes in shelters burned out”. 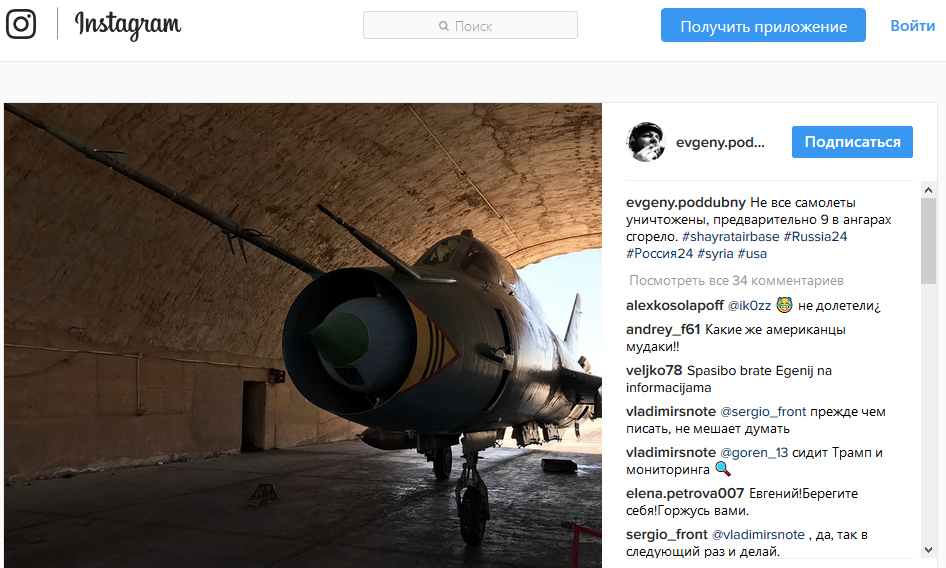 According to our sources, the equipment was literally scorched inside the hardened aircraft shelters and bunkers. The strike destroyed more than 10 shelters with planes inside, the fuel depot and the air defense system. 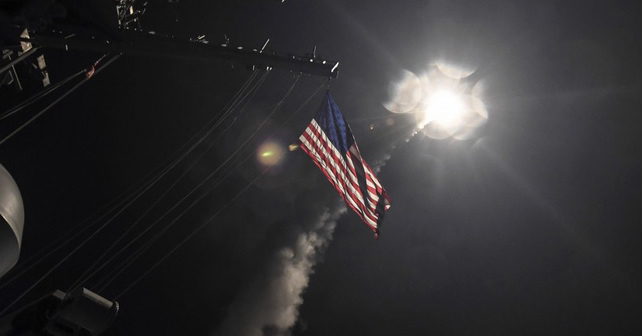 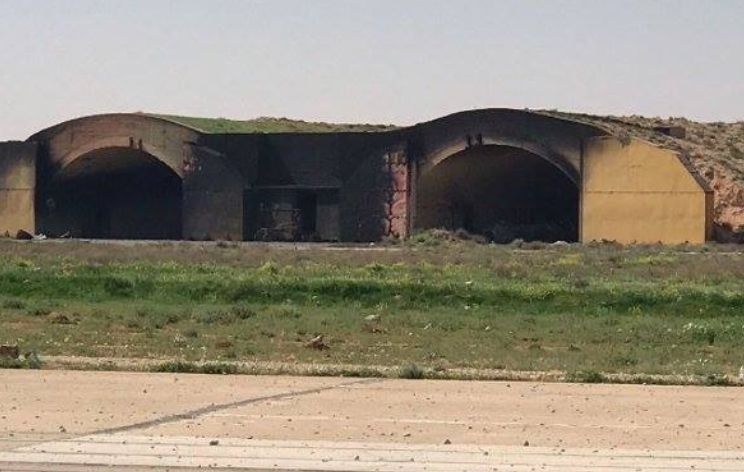 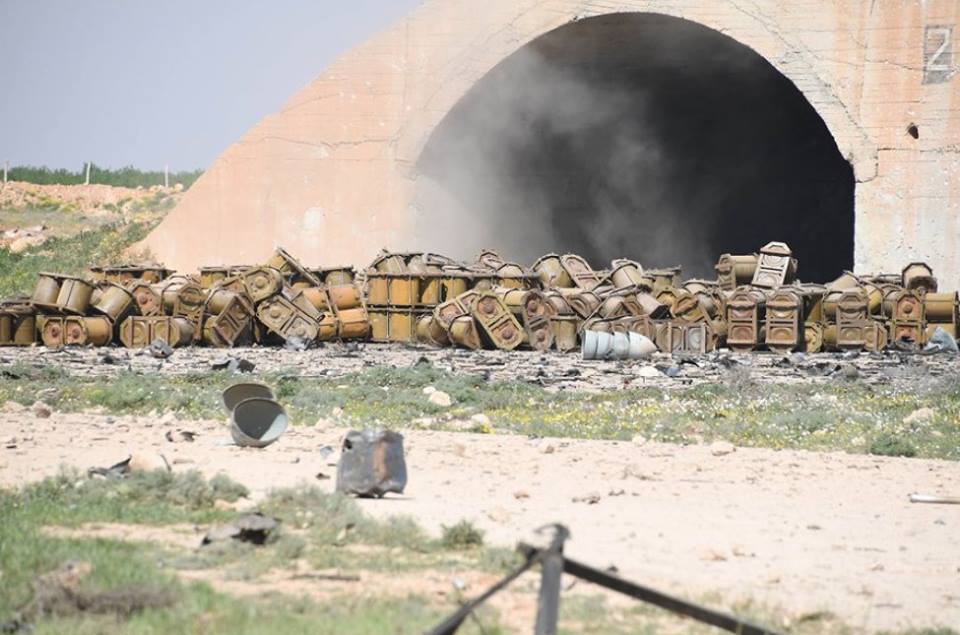 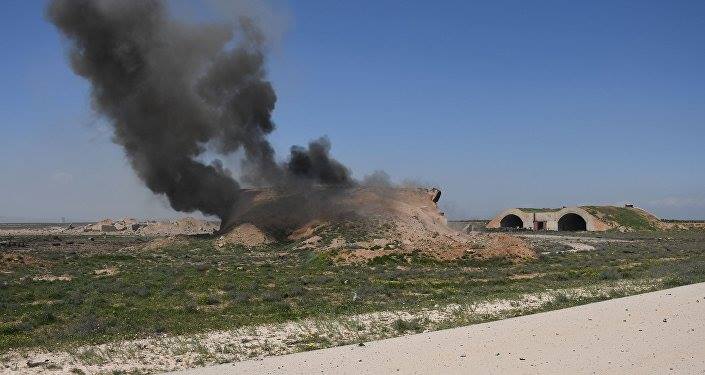 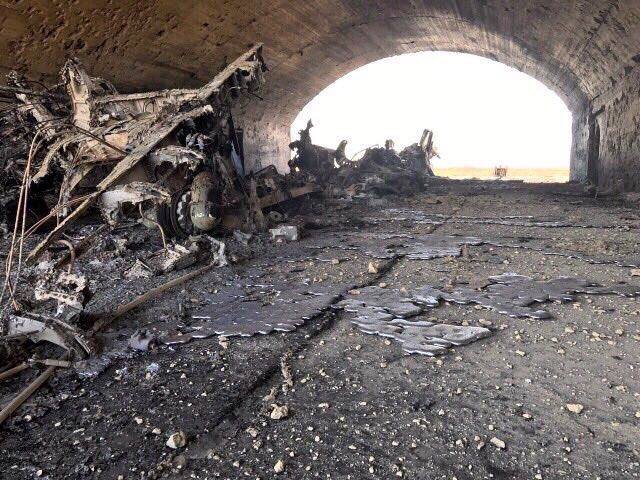 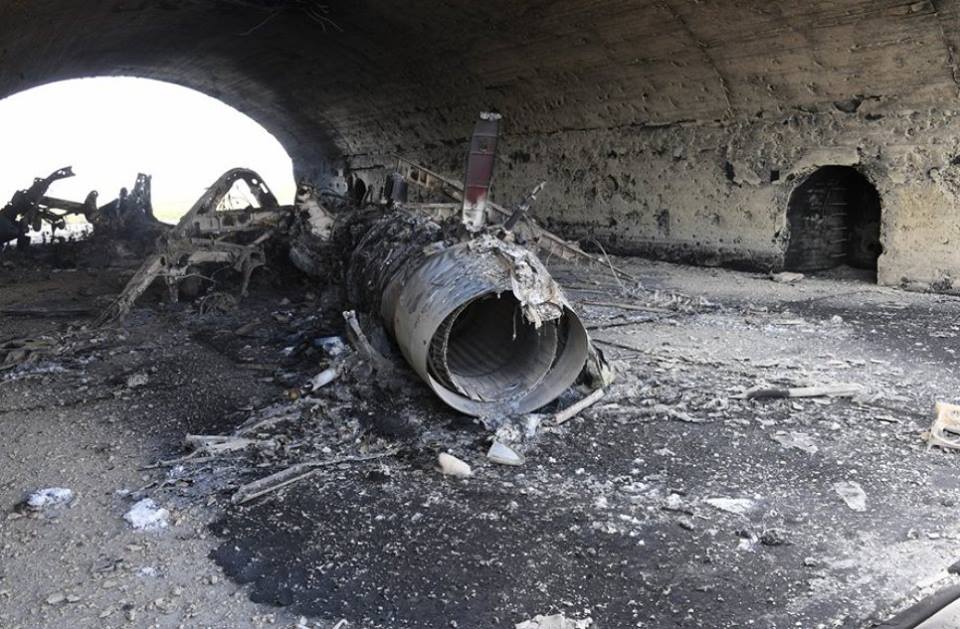 ABC News reported, citing an eyewitness, that prior to the U.S. strike on the Shayrat Air Base, Syrian military in Homs had evacuated the base personnel. This means that to minimize the casualties people were warned about the attack in advance. The main target of the attack was the equipment and weapons, which is more than humane, taking into the account the barbaric chemical attack on civilians in Khan Shaykhun. The sources at the Syrian opposition reported that the strike had killed four Syrian military servicemen, including one general.

In its turn, Russia urgently called on the UN Security Council to hold an emergency meeting because of the U.S. strike in Syria. Putin called the U.S. action “an act of aggression under false pretenses”. This claim is especially cynical, given that Russia is, in fact, the aggressor that grossly violates the international law across the world – from Ukraine to Syria and still appeals to the Security Council, whose decisions it vetoes on a regular basis.
Russia’s hysterical reaction is understandable. Obviously, this operation demonstrated to the Russian leaders that two U.S. Navy destroyers can wipe out the entire Russian Air Force group at the Khmeimim air base if bombardments of civilians and military crimes occur in the future.

At the same time, the Russian political leadership continues the escalation of hostilities in Donbas, ignoring the vocal demands of the world community to withdraw its troops and weapons from the occupied regions of Donetsk and Luhansk Oblasts, as well as de-occupy Ukrainian Crimea. It looks like only the provision of precision weapons to Ukraine can deter the Kremlin under such circumstances.

We call on our readers to share our publications on social networks. Grounded investigations need to have more impact on public opinion. In the world swamped with fake news the truth should prevail.
Follow us on Facebook and Twitter to read new investigations.