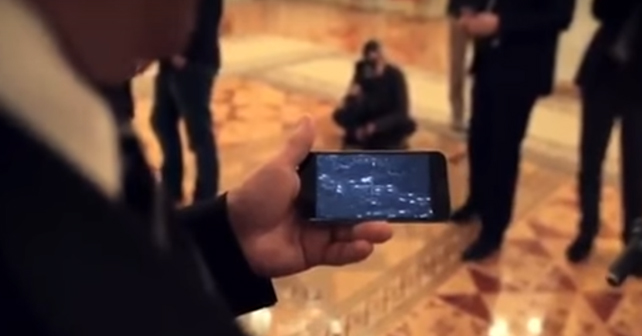 In Oliver Stone’s latest film, there is a moment in which Putin on his iPhone shows a video to the famed US director and says: “This is the work of our aviation.”

In fact, this is a video from 2012, in which a U.S. helicopter AH-64 Apache attacks Taliban militants in Afghanistan. In the video shown by Putin, the original footage is voiced-over with the sound of radio traffic of a Ukrainian Mi-24 helicopter military pilots, who successfully engaged Russian terrorists (Iskra and Vostok illegal armed groups) in one of the first battles of the Russian-Ukrainian war that took place at the Donetsk airport in 2014.

The original video from Afghanistan:

Radio traffic of the Ukrainian pilots flying a combat mission on Mi-24 helicopters on May 26, 2014 near Donetsk:

Let us summarize: using an American iPhone, Putin showed the “progressive American director” the image of an American military operation with the sound of chatter of Ukrainian pilots who destroyed Russian terrorists in Ukraine!