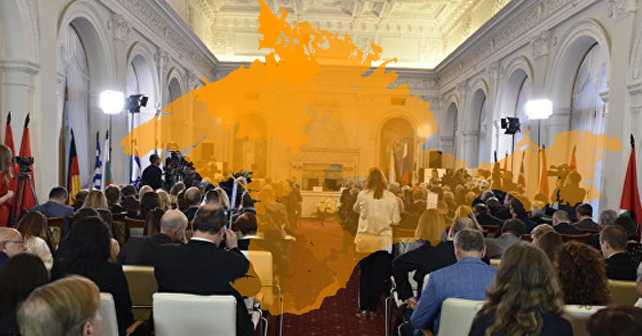 A conference titled Crimea in the Modern International Context – The Friends of Crimea Forum took place in the occupied Autonomous Republic of Crimea on November 6-8, 2017. The event was held in the Livadia Palace and was moderated by Georgiy Muradov, so-called Representative of the Republic of Crimea to the President of Russia.

The conference was aimed at the creeping legalization of the annexation of the Crimea by influencing politicians of foreign parties and officials of foreign-based organizations.

At 6.00pm on November 7, 2017, InformNapalm volunteer intelligence community received a message from the hacktivists of the CyberHunta project with a full list of international invitees to the conference in Crimea. There are names and positions of 110 foreign representatives and officials from the UK, the USA, India, Italy, Latvia, the PRC, the Netherlands, Moldova, Kyrgyzstan, Cuba, Serbia, Slovenia, Turkey, France, Czechia, Japan, Austria, Bulgaria, Brazil, Germany, Hungary, Greece, Denmark, Israel, Palestine, Syria, Ukraine, Switzerland, Estonia, and other countries.

Earlier, Russia’s Vesti.ru portal announced that the forum had been attended by about 90 foreign guests from more than 20 countries.

It is likely that not all of the listed invitees came to Crimea in violation of the Ukrainian laws. Currently, the invitees are being checked for the actual participation in the forum. For this reason, we refrained from publishing the original document until it has been analyzed in full.

However, we managed to confirm through open-source intelligence (OSINT) that at least three of the listed invitees had attended the forum. These are Jean Pierre Thomas, former member of the National Assembly of France and advisor to the former President of France Nicholas Sarkozy, Yusuf Ahmed, member of the regional leadership of the Arab Socialist Ba’ath Party, head of the Russian-Syrian Friendship Community, and He Zhili, head of the community of exchange and cooperation of Russia, Eastern Europe, and Central Asia with the People’s Republic of China. No representatives of the Russian Federation have been included in the list.

According to our volunteers in Italy, at least 4 of the invitees did not attend the event in the Crimea.

Using open-source intelligence, the volunteers of InformNapalm’s Bulgarian editorial team managed to confirm the participation of several citizens of Bulgaria in the event: 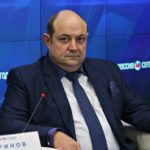 Hristo Marinov is the head of the administrative staff of Attack party known for its pro-Russian stance. Marinov already visited the occupied Crimea in February 2015 as a member of Attack’s delegation. Attack took part in the latest parliamentary election as a part of the United Patriots coalition that won 9.31% of the national vote and was given 27 seats in the National Assembly of Bulgaria. Hristo Marinov also chairs the National Unity Foundation (Bulgaria), which cooperates very closely with Russia’s National Unity Foundation chaired by Aleksandr Rappoport and the International Russia’s Peace Foundation chaired by Leonid Slutskiy, Chair of the Russian Duma International Affairs Committee representing the United Russia party (earlier, the Peace Foundation was chaired by Anatoly Karpov, one of Putin’s promoters of the Russian World ideology). Marinov is closely cooperating with Viktor Rodin, a former member of the Duma and advisor to Vladimir Putin, currently a representative Russia’s National Unification Foundation. Marinov paid numerous visits to Crimea and Moscow and implemented various propaganda projects in Bulgaria under Rodin’s guidance.

There were several publications quoting Hristo Marinov’s speech at the press conference of the Bulgarian delegation in the Russian media where he claimed he would support the initiative to call for a reversal the 1954 Act of Transfer of Crimea to the Ukrainian Soviet Socialist Republic tabled by Konstantin Zatulin. In his interview, Marinov also made some other ridiculous claims, namely that conference participants should petition their ministers of foreign affairs to issue visas to residents of the occupied Crimea so that they “could feel as regular Russians and travel around the world” and that the Crimean children should be invited to Bulgaria “to see the response of the country’s minister of foreign affairs”.

Svetlozar Lazarov This is another Bulgarian conference participant who is a coordinator of Attack party at the moment. He is not listed on CyberHunta’s list. Svetlozar Lazarov is the former Chief Secretary of the Ministry of Home Affairs of Bulgaria (from June 7, 2013, till March 6, 2015) in Plamen Oresharski’s government. This government resigned after the mass protests by Bulgarians. Protests lasted for almost a year and swept all over the country. Before his appointment as the chief secretary, Lazarov made a meteoric career in the Interior Ministry. He was the chief of the Specialized Anti-terrorist Squad; in 2002, he was appointed to the National Investigation Service where he climbed the career ladder from the staff intelligence officer to the section head; in 2008, he was appointed a department head in the National Security Agency. The information about his becoming Attack’s national coordinator was made public inadvertently in early June 2017 when the party’s newspaper published Lazarov’s photo taken together with Volen Siderov, Attack’s leader, during their visit to Moscow. Lazarov is the son in law of Kamen Penkov, the former deputy minister of interior in Stanishev’s cabinet. He left the position together with his boss Rumen Petkov. Today, he owns Scorpio security company that has been implicated in a number of scandals. Russian media actively spread Lazarov’s claim, which he made during a press conference in the Crimean office of RIA Novosti, claiming that Bulgaria should be a party to the development of Crimea. The media controlled by the Attack party spread his statement, made after a working meeting with the so-called PM of the Republic of Crimea Sergey Aksyonov, in which Lazarov noted that during its presidency in the European Union in the first half of 2018 Bulgaria should actively work to lift sanctions imposed on Russia. 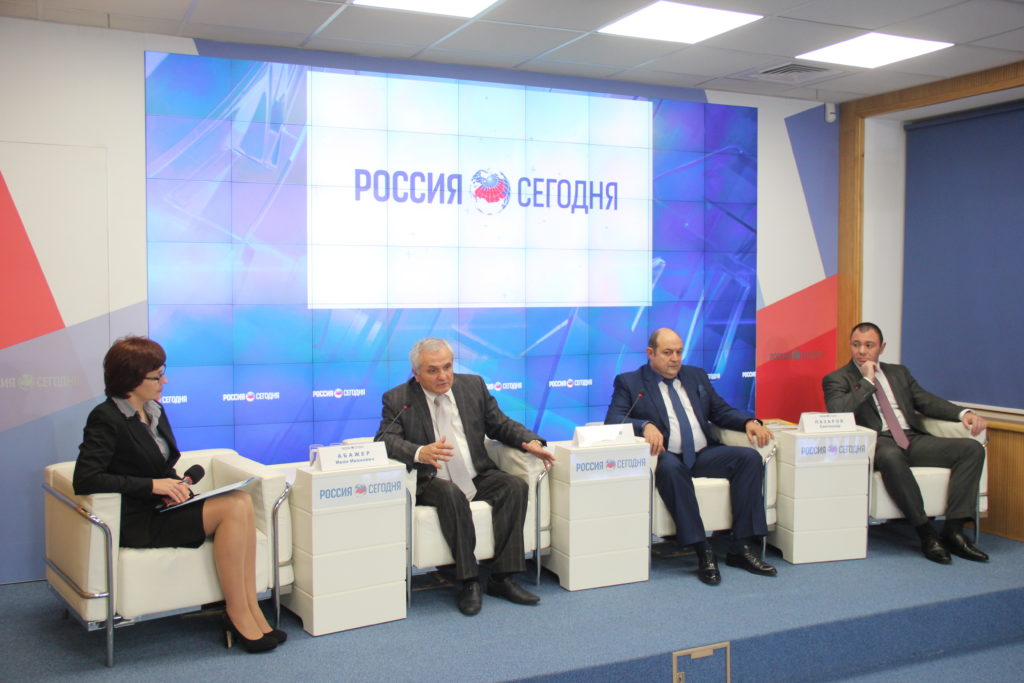 Marinov and Lazarov at the press conference Photo: RIA Novosti

Publications before the conference quoted Hristo Marinov claiming that “representatives of the largest Bulgarian engineering company in the field of energy supply, a Top 3 in the world, with Rosatom and Gazprom cooperation experience, which has engaged in risk engineering for most nuclear power plants in the world would join the Bulgarian delegation”. So far, we have not found any confirmation of this promise in open sources and have not encountered a name of this “world-renowned company” mentioned by Lazarov.

The Friends of Crimea international association was set up at the conference to support the international recognition of the Crimean annexation according to Sergey Aksyonov, self-styled leader of the Republic of Crimea.

It should be borne in mind that the official stance of the Republic of Bulgaria is the same as that of the rest of the EU, recognizing that Crimea had been annexed by Russia and that the referendum on the secession of Crimea from Ukraine had been unlawful. Bulgarians who visited Crimea through the territory of Russia violated the laws and borders of Ukraine while doing so. 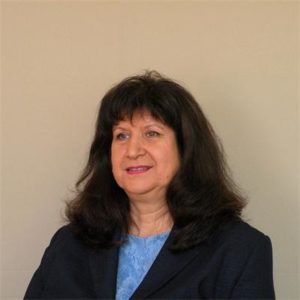 Penka Dimitrova Doikova, mayor of Hisarya municipality, also visited Crimea as a member of the Bulgarian delegation. With her signature, she “opened up the relations of brotherhood and cooperation with Yalta”. The agreement was signed by engineer Penka Doikova and Halyna Myroshnychenko, self-styled “head of Saky Raion of the Republic of Crimea” within the scope of the international forum of the Friends of Crimea. A publication about this event can be found on Hisarya municipality’s FB page.

Boris Anzov, a journalist of the Bulgarian provenance residing in Moscow, acted as a cameraman at the event. He had already been featured in our publications about the Russian information campaigns—staged bombardments in Syria—(2) and (1).

Svetlana Sharenkova, a citizen of Bulgaria, was recognized in photographs from the Forum although she was not included in the list of invitees. She must have taken part as the conference organizer.

Svetlana Sharenkova: A graduate of the Moscow State University, she styles herself as the “muse of the Bulgaro-Russian Friendship.” She was married to Vladimir Tutberidze, an ethnic Georgian, who was appointed to the position of the psychologist of the Forensics and Criminology Research Institute of the Ministry of Home Affairs of Bulgaria; in 2001, he was deported from Bulgaria as a threat to the national security; Sharenkova chairs the Bulgaria-Russia Forum; she is a founder and director of the Bulgarian-Russian Pool LLC, a founder and publisher of the bilingual Rusia Dnes / Rossiya Segodnia magazine (1997).

Representatives of the Russian Federation were not listed in the preliminary list of invitees. 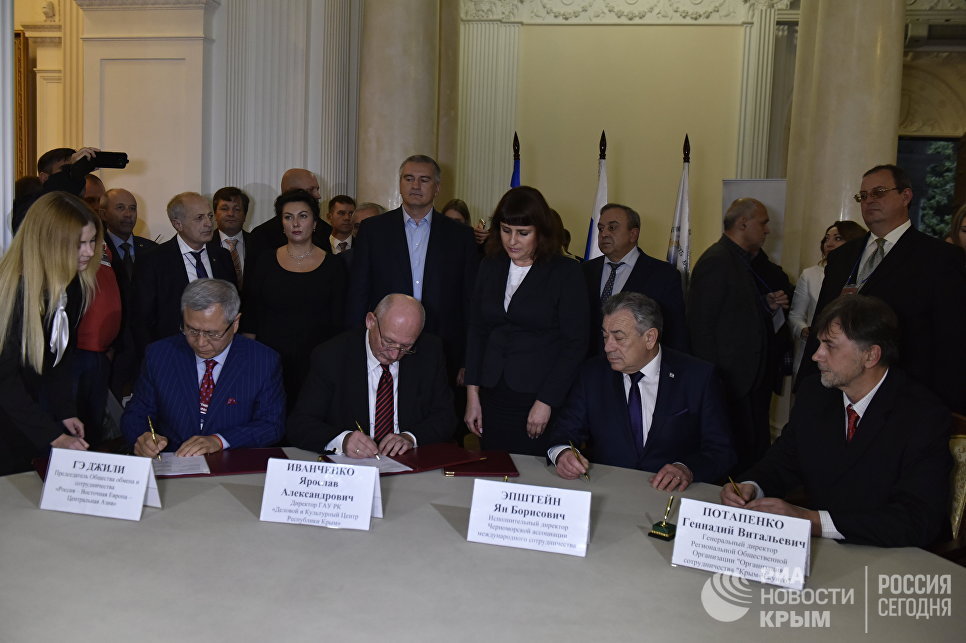 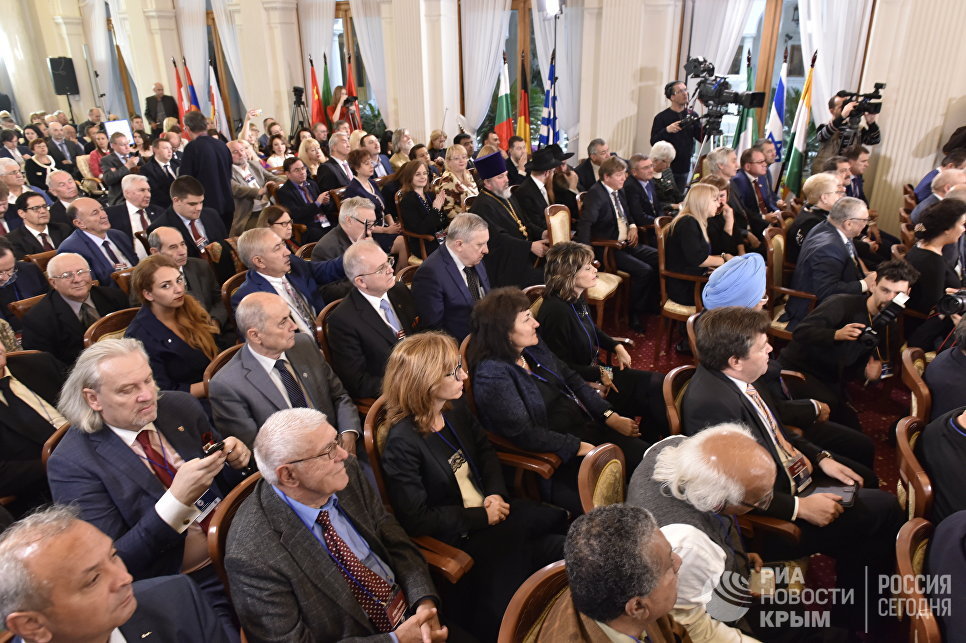 Prepared for publication by Roman Burko especially for InformNapalm.

A link to the authors and our project is obligatory for any reprint or further public use of the material.
(Creative Commons — Attribution 4.0 International — CC BY 4.0)