Russia Mired in the Ground Operation in Syria. Russian Servicemen Are in Hama Province 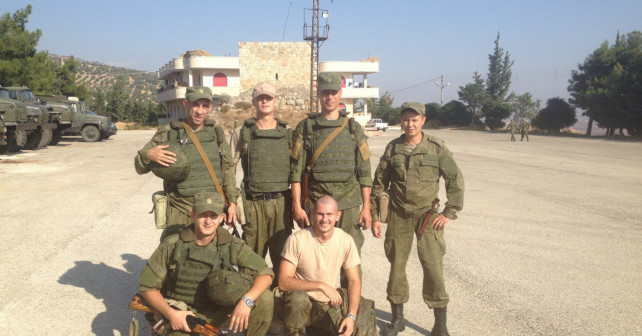 It seems that Russia gets involved in the ground operation in Syria. Yesterday we had an article about the 28th brigade from Yekaterinburg, and now the Middle East meets new guests, this time from Novosibirsk.

Thus, based on the OSINT investigation of the social profile of Evgeny Luzanov (another ‘soldier on vacation’ from distant Novosibirsk) we have found out several interesting facts.

1. A fresh group photo with the Syrian landscape and buildings in background made on November 10 immediately draws our attention. The same kind of picture was made by the servicemen from Yekaterinburg.

This is the area of the Hama province near the cities of Deir Shamil and Dimo. Russians deployed a mini-base or stronghold in this some kind of a detached villa or a house on the hill. Here are the coordinates and the binding to the terrain: 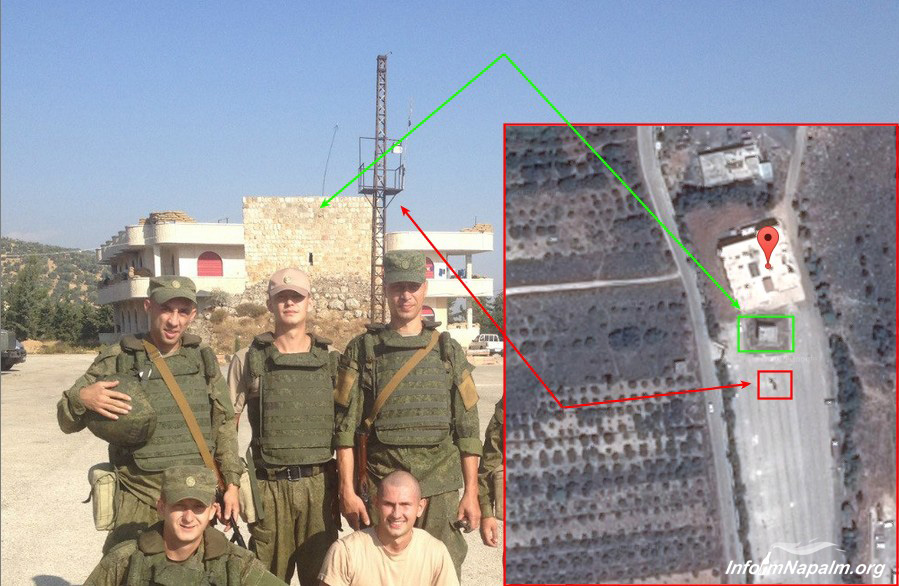 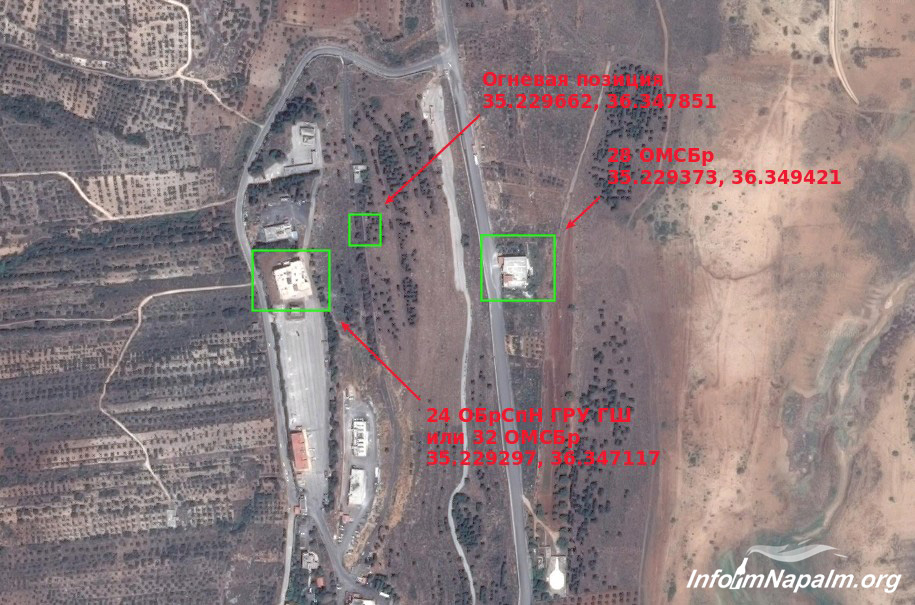 ‘GAZ’ and ‘Ural’ trucks can be clearly seen in the left. It is also striking that these are new faces, the fighters are older. We can not exclude the possibility that these soldiers have come to replace the ones from Yekaterinburg.

2. Besides that, Evgeny has a fresh photo from Hmeimim airbase area (based on the geotag attached), from which they moved to Hama province. 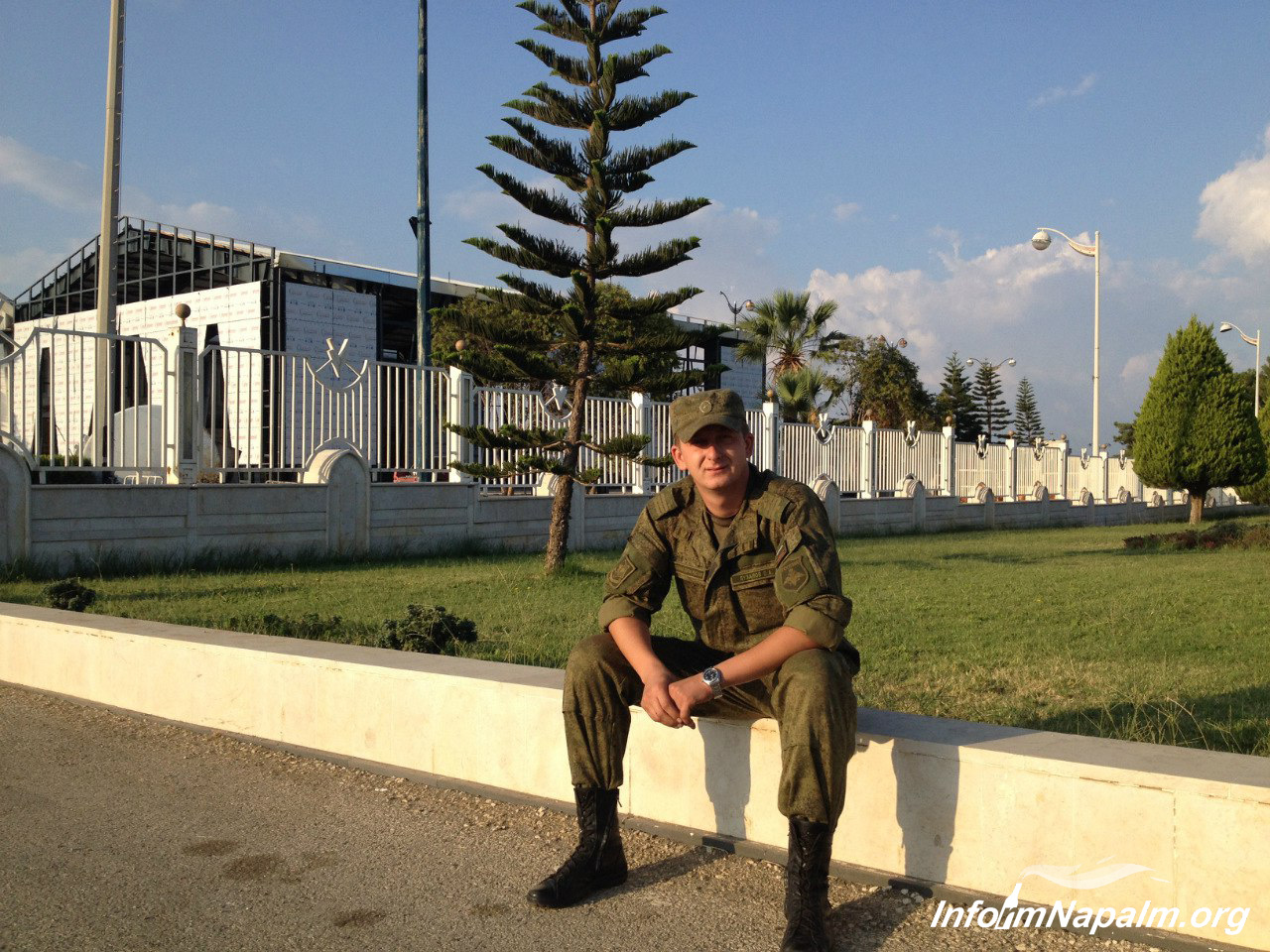 3. Another picture with a brother-in-arms is just a new confirmation of the Russian military presence in Hama (Dimo district). 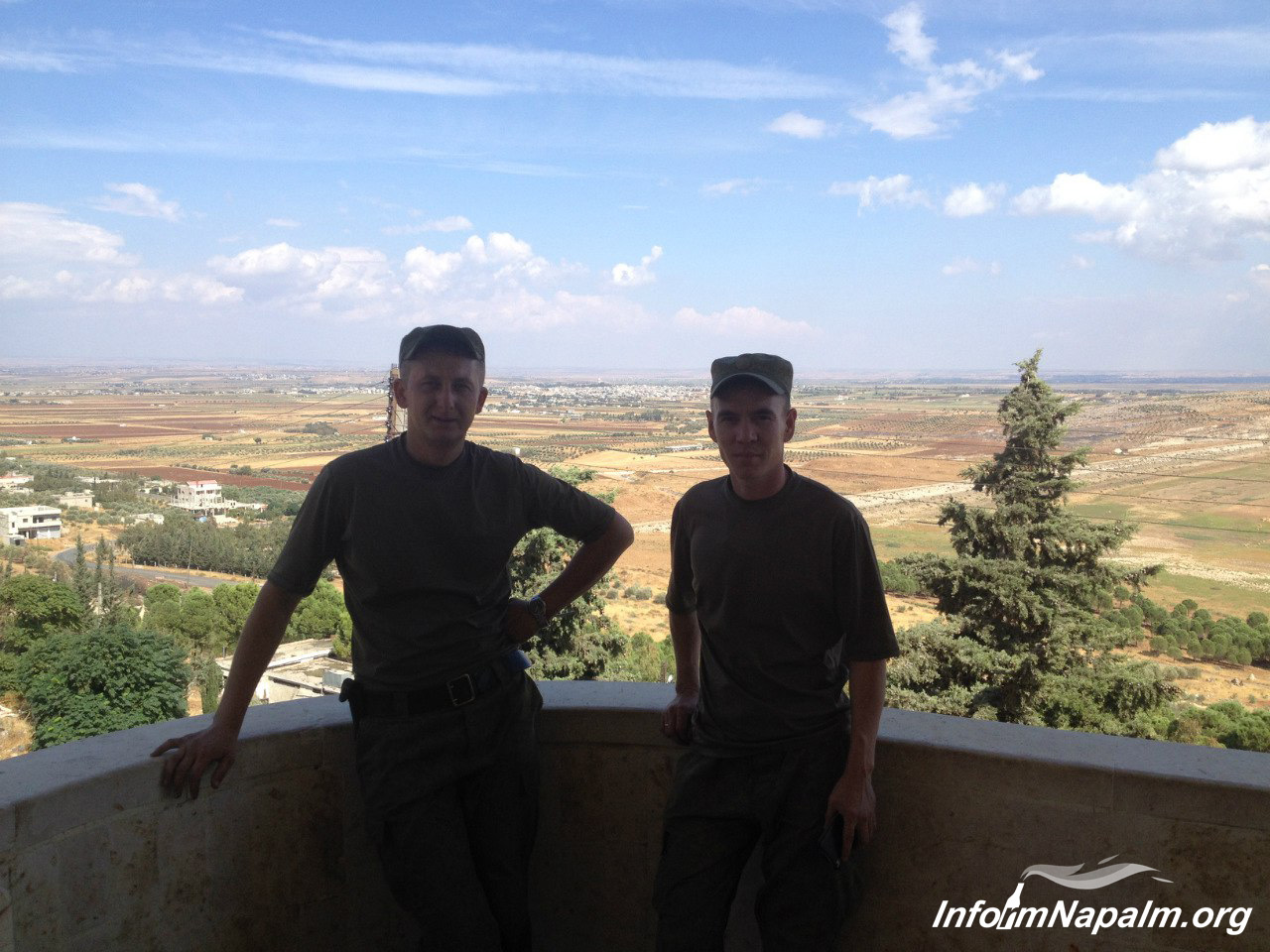 4. And here is the answer on ‘Who is Mr. Luzanov?’ question. Evgeny Luzanov served in the military unit No. 93855 in 2010-2011. He signed a contract in 2011 and acted as an army truck driver. The clip-on insignia indicate the branch of troops: photo 1 or photo 2. This is the Central Military District (check out the badge on the right arm):

Luzanov has a lot of pictures with geolocation binding to the 17th military town in Novosibirsk. This is a limited by several streets area in the middle of the city: photo 1, photo 2 or photo 3 (a distinctive ‘monument’ to an old tank).

It is worth to note that Evgeny had a ‘intriguing vacation’ in Rostov Oblast in March, 2015. These are the photos of him made in Millerovo area, right at the Ukrainian border: photo 1, photo 2 and photo 3.

4 Responses to “Russia Mired in the Ground Operation in Syria. Russian Servicemen Are in Hama Province”