Russian Air Defense in Donbas: Barnaul-T and Tor-M1 in the hands of Russian terrorists 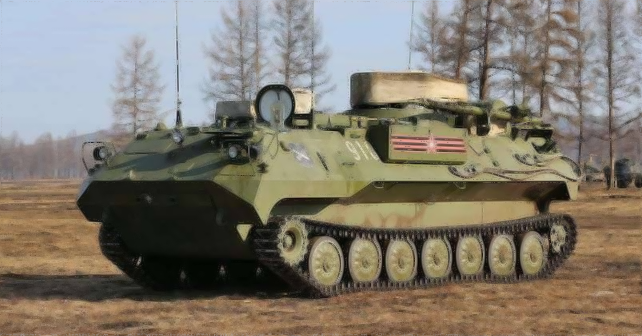 Yet another type of the latest Russian military equipment was spotted in Donbas. An air defense automatic command and control system Barnaul-T which entered service with the Russian Armed Forces in 2009 appeared in the occupied Donbas in 2015. InformNapalm volunteer intelligence community has found new evidence of the supply of Barnaul-T and Tor-M1 systems to the Donetsk People’s Republic (DPR) illegal armed groups (IAG) which are run by the Russian military personnel. The supply of modern Russian weaponry to the terrorists, including air defense systems, have already caused more than one large-scale tragedy in the Donbas. Flight MH17 is a sad example of the Russian terror on an international scale.

Dmitry Blinov, call sign Chaika (archived photo album), born April 4, 1988 From 2006 to 2008, Blinov did his conscript service in the military unit #16662 of the Russian Federal Guard Service (FGS) forces, as an electrician/driver of a mobile generator vehicle. From 2011 to 2014 he served as a section commander in the Fire Department #76, in Vereshchagino in the Perm Oblast. From 2014 to 2016 he took part in Donbas hostilities in the Russian occupation corps as a crewman of the Zu-23-2 anti-aircraft artillery battery of the so-called commandant regiment 1st DPR Army Corps (military unit 08816). In 2016 he returned to Russia and continued his service at the Fire Department of Vereshchagino. 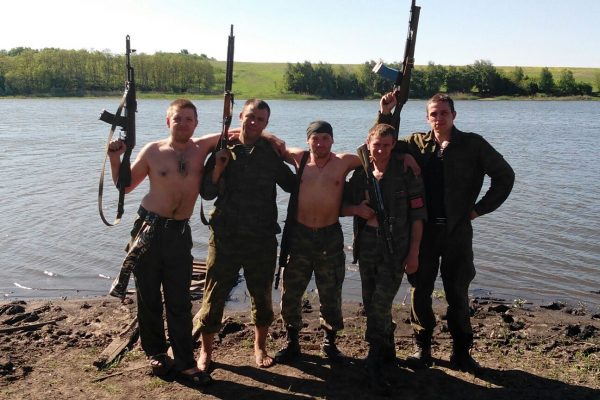 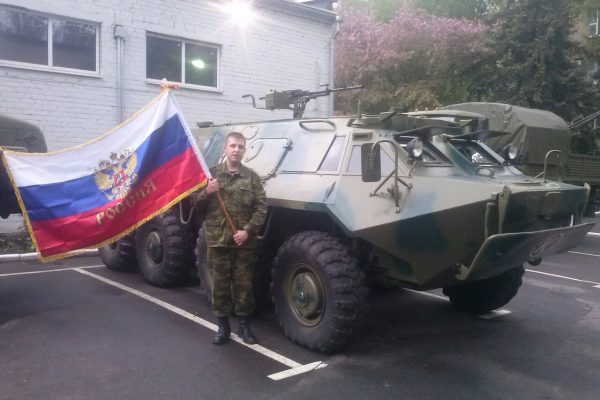 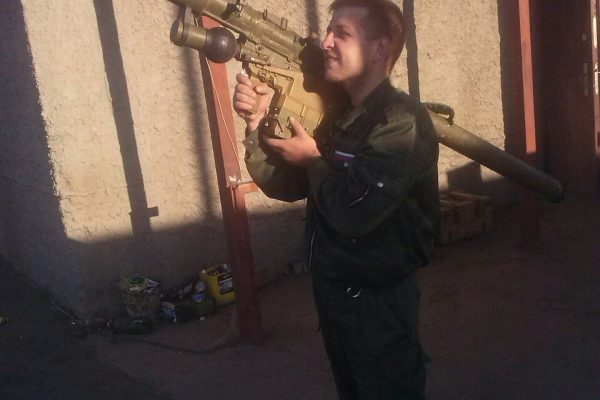 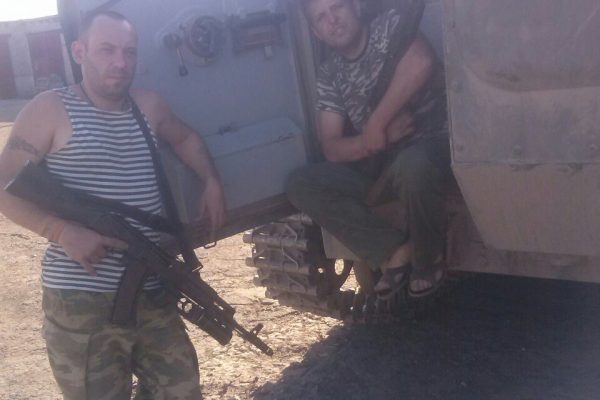 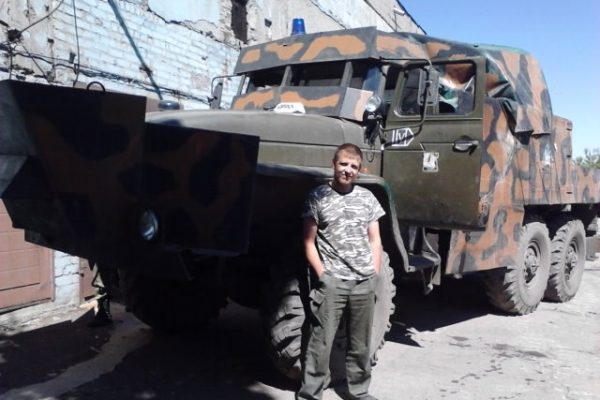 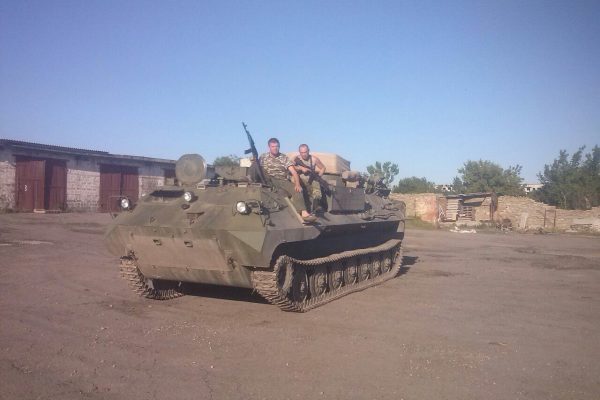 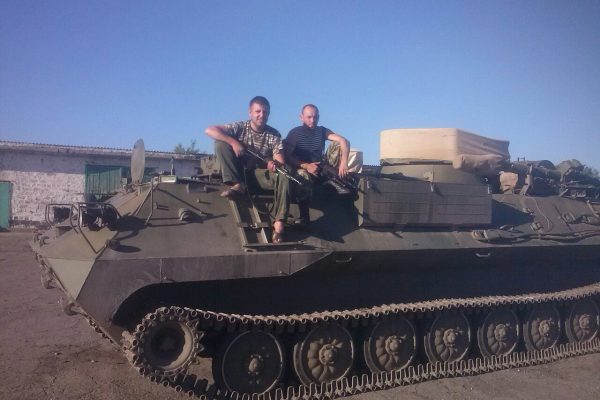 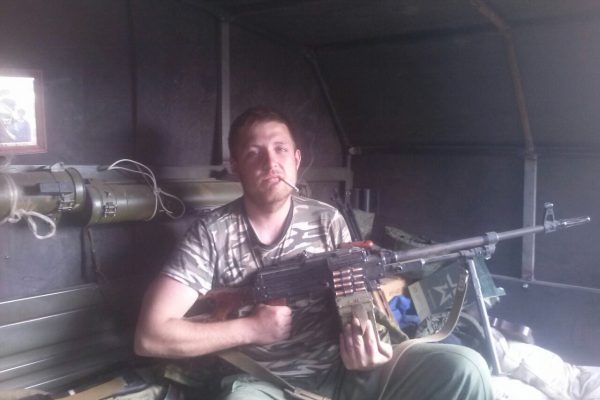 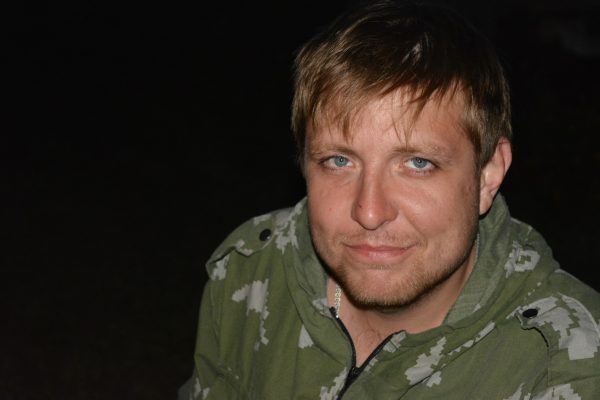 On May 22, 2015 Blinov uploaded to his photo album the images [1], [2] of the 9S932-1 signals intelligence (SIGINT) and control module on a tracked chassis MT-LBU, which makes part of the Barnaul-T system.

Composition of the system:

The 9S932-1 SIGINT and control module on the tracked chassis of the Barnaul-T system is designed to equip the battery command post of the tactical air defense units with modern means of automation, communication and data exchange for the effective control of antiaircraft combat operations, coordination of their actions, increasing mobility and survivability under any combat conditions. 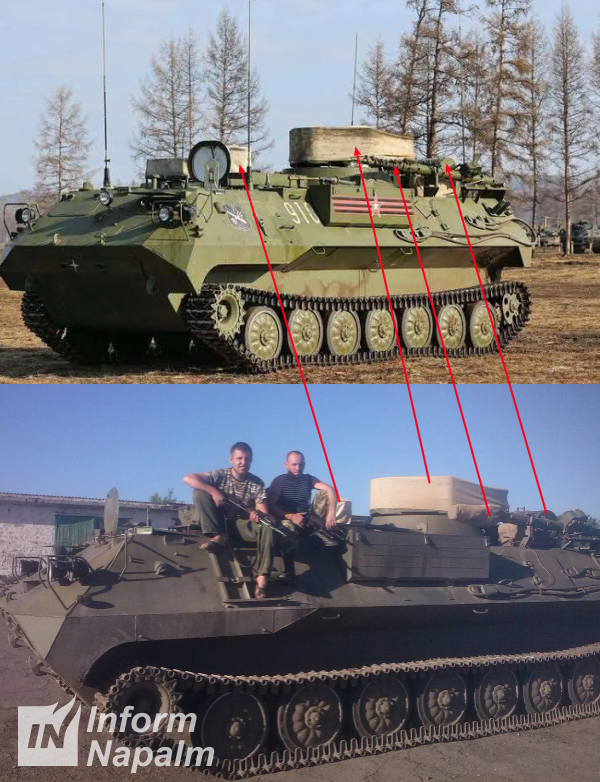 Judging by photo reports of the Russian military media, this SIGINT module is actively used together with Tor anti-aircraft missile systems. This was confirmed by the photos [1], [2], [3] of Blinov’s colleague, Igor Lastovkin (profile, photos). 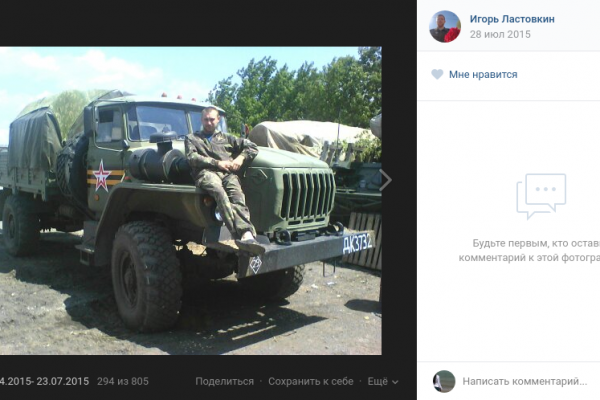 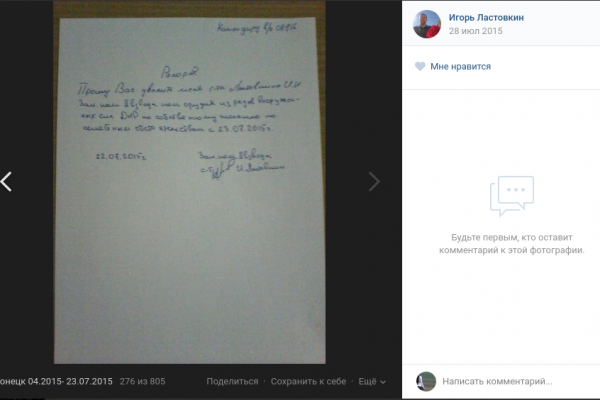 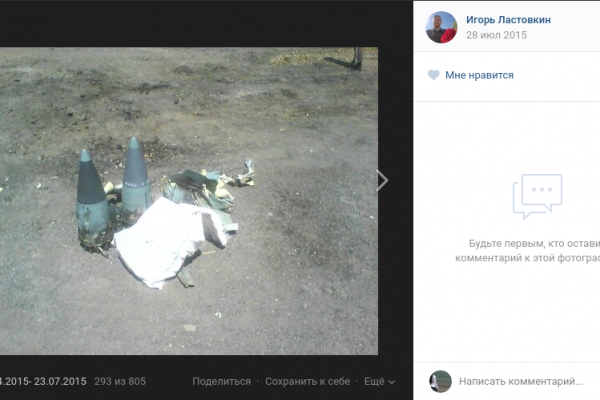 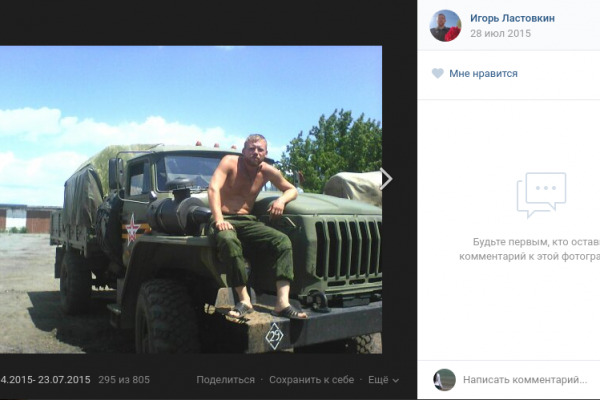 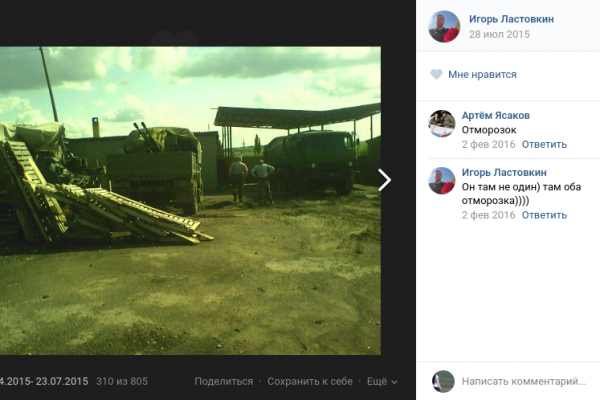 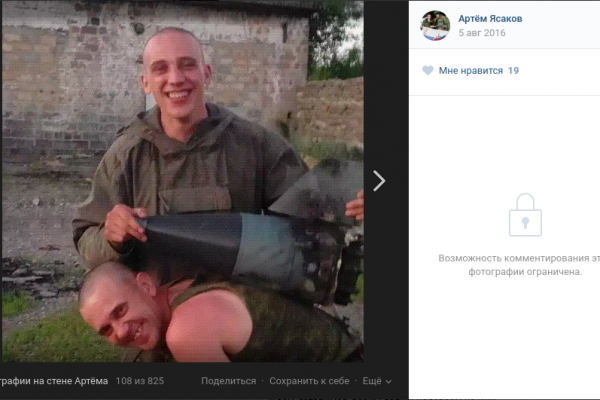 In the same location, where the snapshot of the SIGINT module was taken, InformNapalm volunteers identified two disguised combat vehicles of the Tor anti-aircraft missile system (presumably 9A331-1 or Tor-M1) and tubes of spent anti-aircraft missiles. For the first time the Russian Tor system was spotted in the occupied Donbas on January 20, 2015, in the city of Shakhtarsk, Donetsk Oblast. Note that the Tor-M1 missile system was phased out from service with the Ukrainian Armed Forces in 2001 due to maintenance issues. Therefore, these systems could not have been captured in fighting in Donbas. This is yet another instance of anti-aircraft missile weapons operated by Russian military personnel with the IAGs in Donbas. 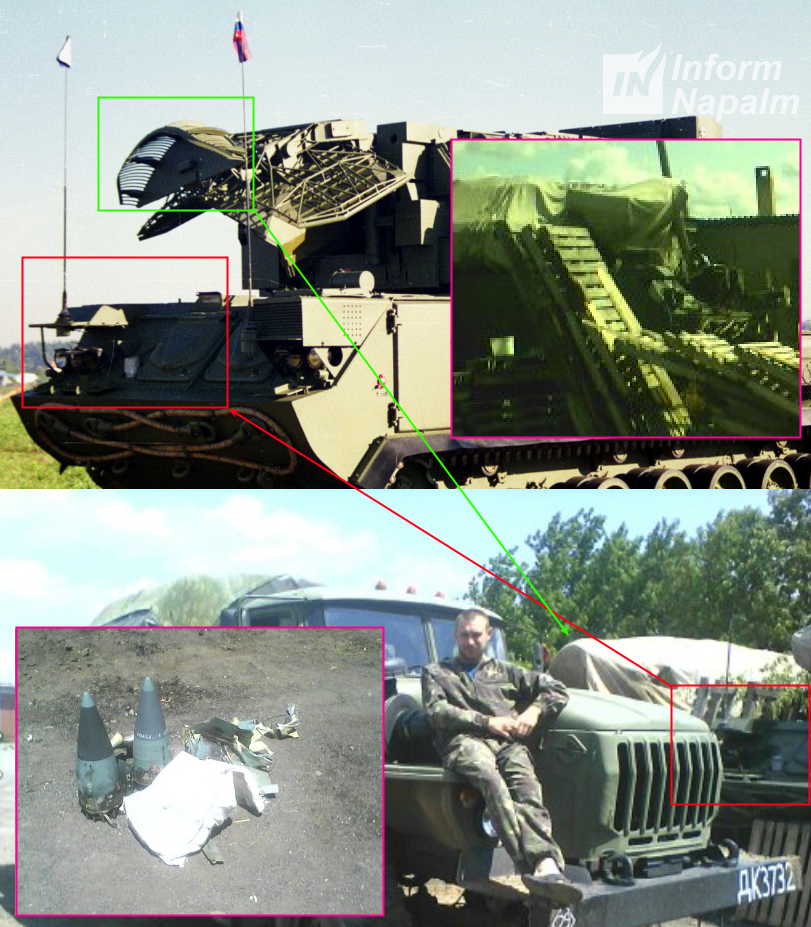 The exact coordinates of the image have not yet been established. However, there are garages visible in the background with red and green gates, which featured in our investigation Russian Spetsnaz Serviceman from 346th Brigade of GRU Fights for ‘DPR’. We have grounds to believe that these buildings are in the vicinity of Donetsk, since in summer 2015 the personnel of the commandant’s regiment was quartered in the dorm of the Donetsk National University (DonNU). 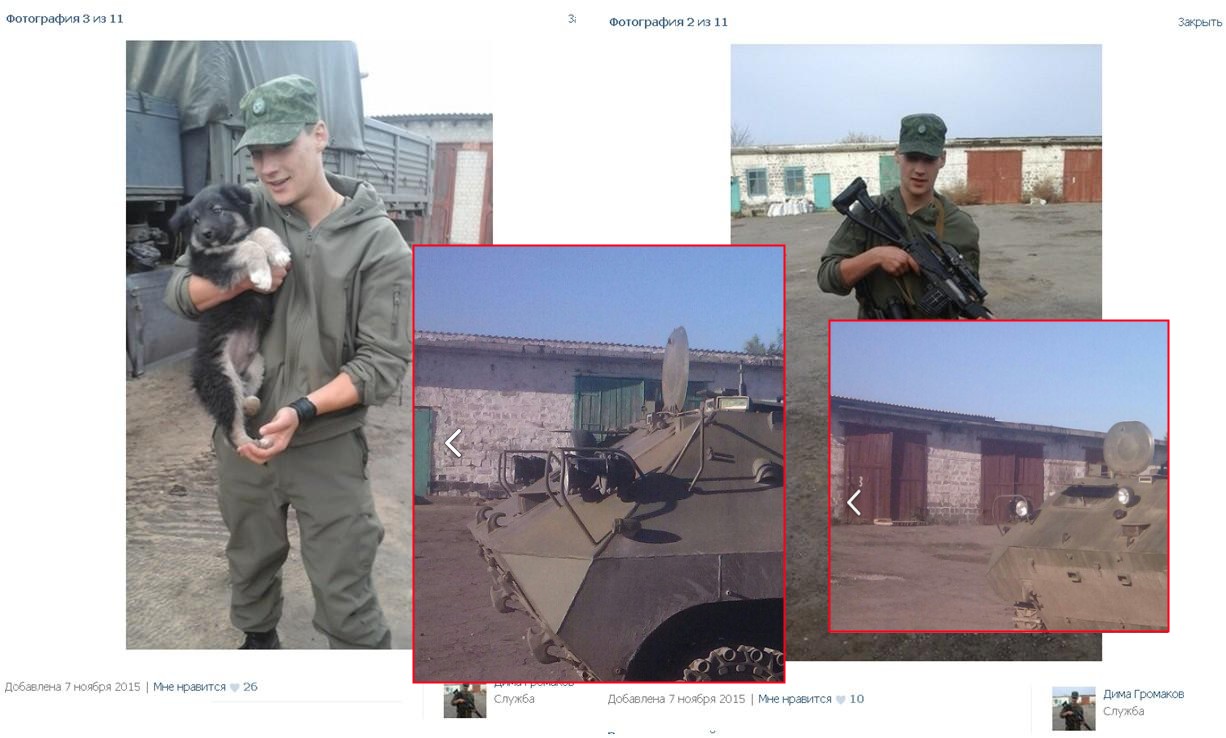 UPD: An OSINT researcher nicknamed surpher helped us establish the geolocation of the images. They were made at the motor depot in the town of Korsun, near Yenakiyeve, Donetsk Oblast. 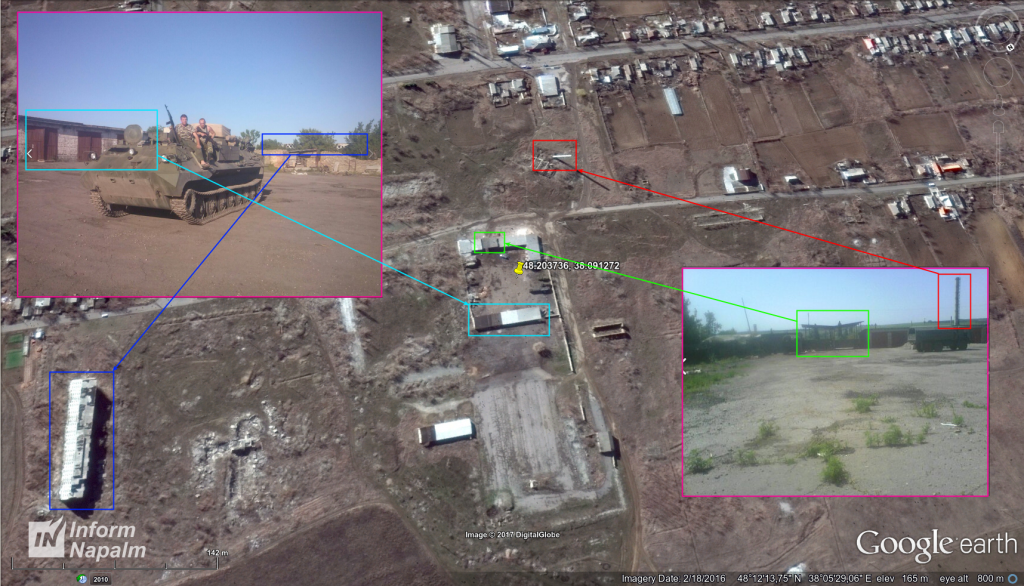 We also invite our readers to study the detailed identification database and videos of over 40 types of weapons and special equipment of the Russian Armed Forces in Donbas. [Interactive database on silk]

This publication was prepared by Al Gri, Mikhail Kuznetsov and Victory Krm specially for InformNapalm.

No Responses to “Russian Air Defense in Donbas: Barnaul-T and Tor-M1 in the hands of Russian terrorists”