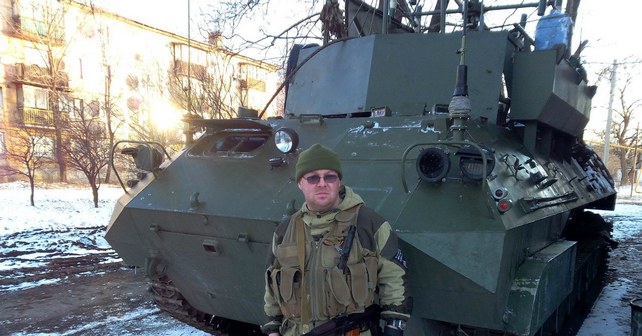 The international voluntary organization “InformNapalm” has determined the precise location of the Russian R-381T2 UHF signal intelligence station included in the R-381T “Taran” complex, employed by Russian militants during the Debaltsevo battles in the winter of 2015.

Back on October 21, 2015 the photo of an R-381T2 with a geotag in Zorinsk situated 15 km from Debaltsevo was published in a Russian militant’s profile known as “Igor Petrovichev“. For some reason, the photo remained virtually ignored by the public, although this piece of equipment was identified by us and mentioned in the article “Donetsk. Russian ‘Torn’ And ‘Taran’ Radio Intelligence Systems at ‘Sparta’ Base“. 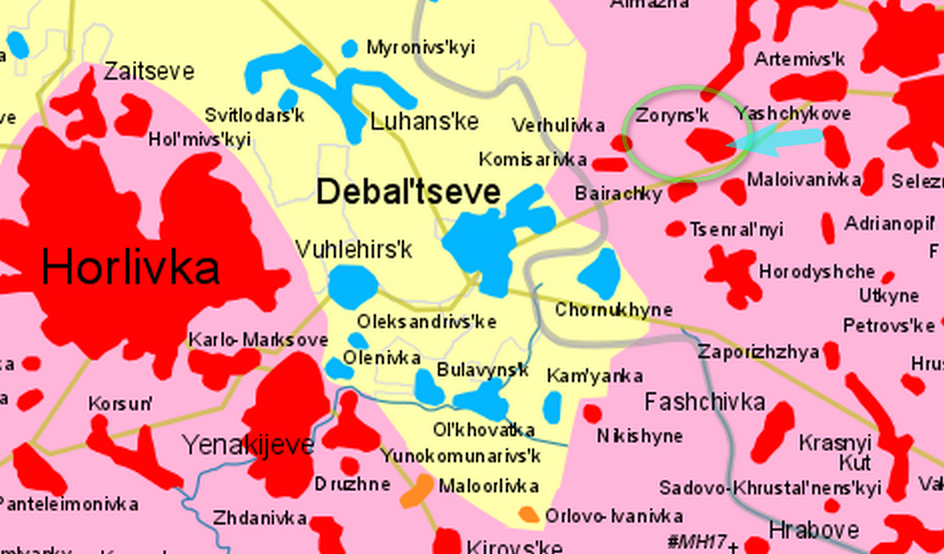 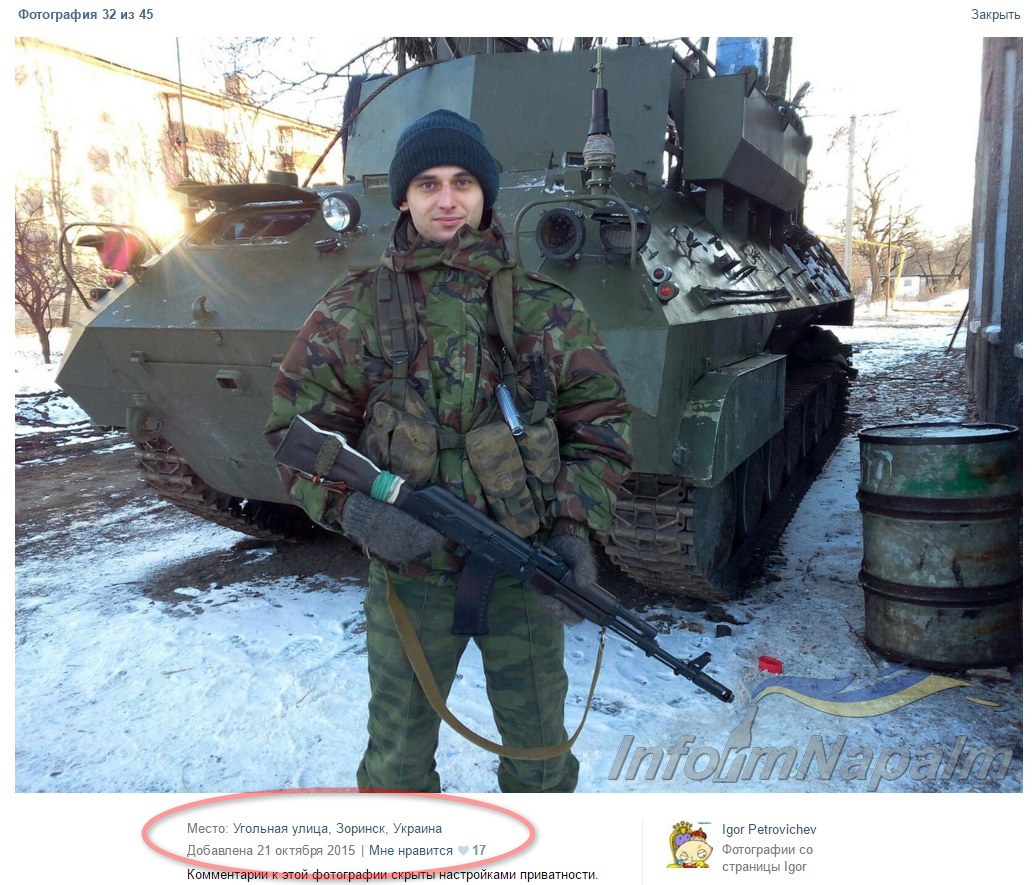 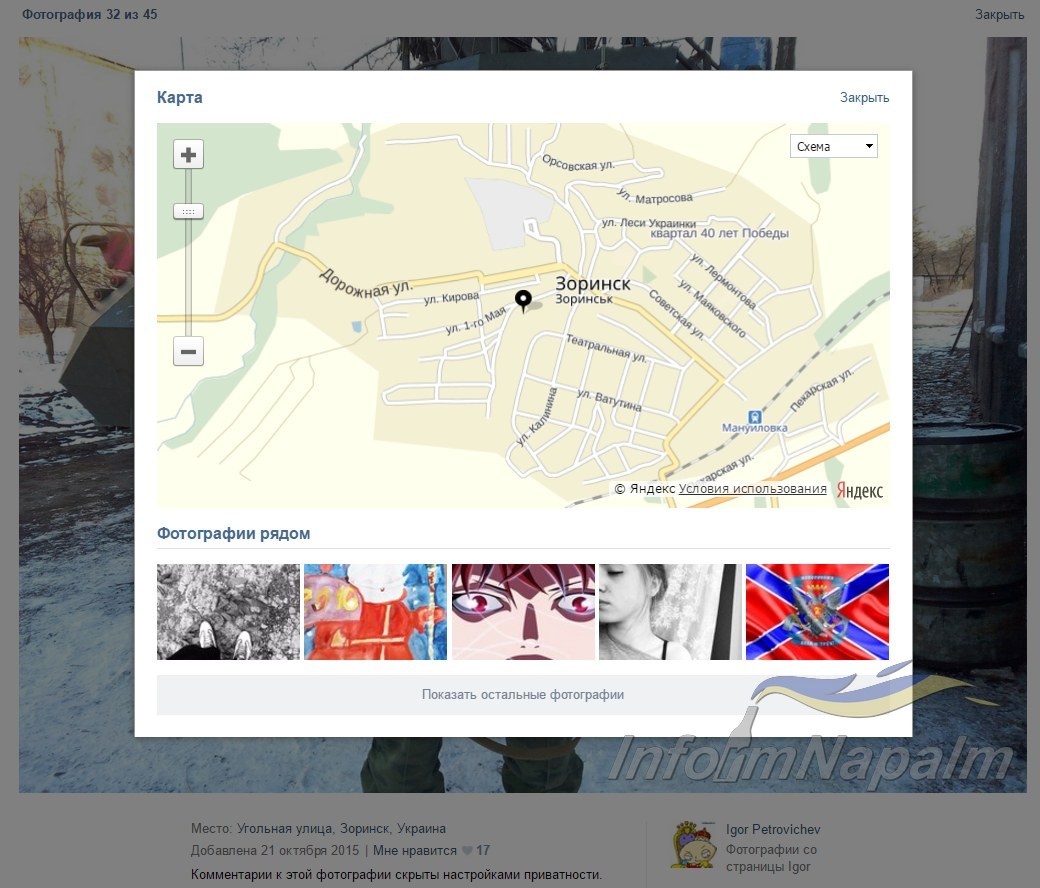 R-381T “Taran” is an automatic signals intelligence complex operating between 1.5MHz and 1000 MHz, usually utilized at the tactical as well as the operational and tactical level. In its basic variant, the complex consists of seven vehicles, however it is possible to employ it in a reduced mode of five vehicles, or use individual systems independently. The coverage radius is up to 40 km, or up to 100 km as an anti-aircraft system. For more details, you can refer to the article referenced above.

Recently, new photos (1, 2) of the same item in the same place were published. These photos were provided by Alexey Zhuravlev, an Uzbekistan native, born on April, 19 1970. His social profile lists Tolyatti, Russia as the current city of residence. 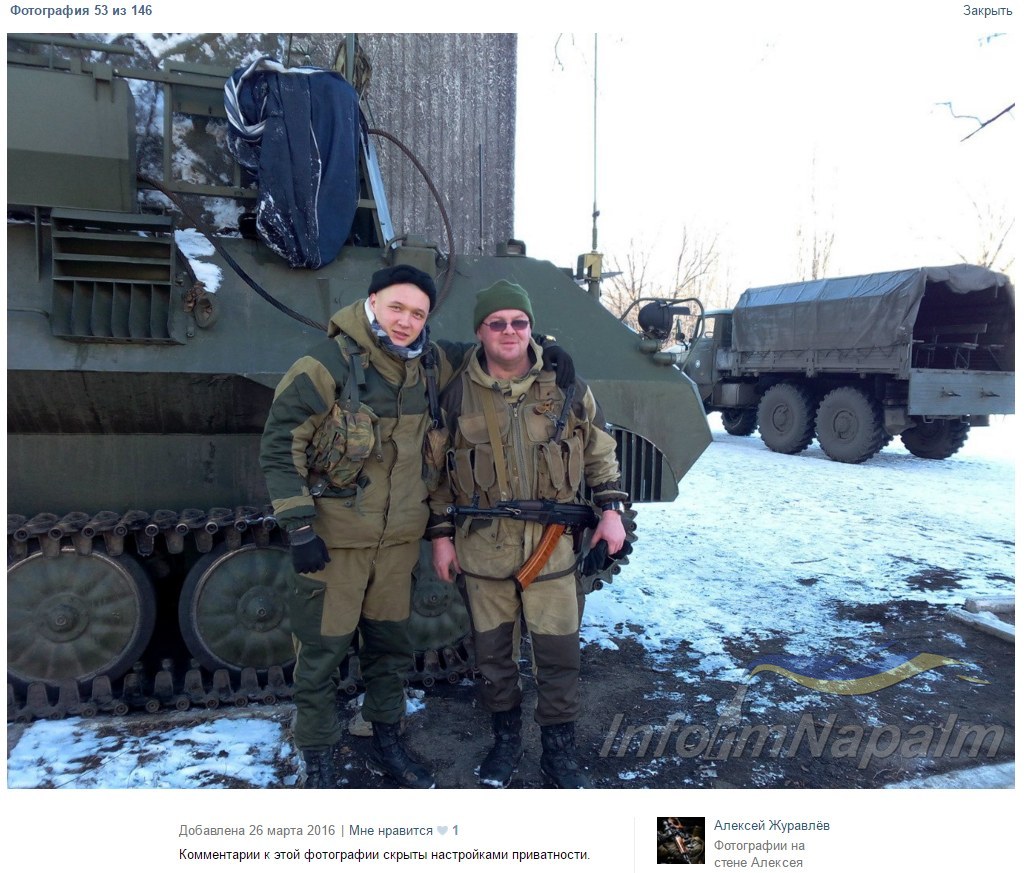 The positive identification of the location was made possible thanks to the photo of Krasnodon Young Guards (Soviet resistance organization in WW2) monument in Zorinsk. 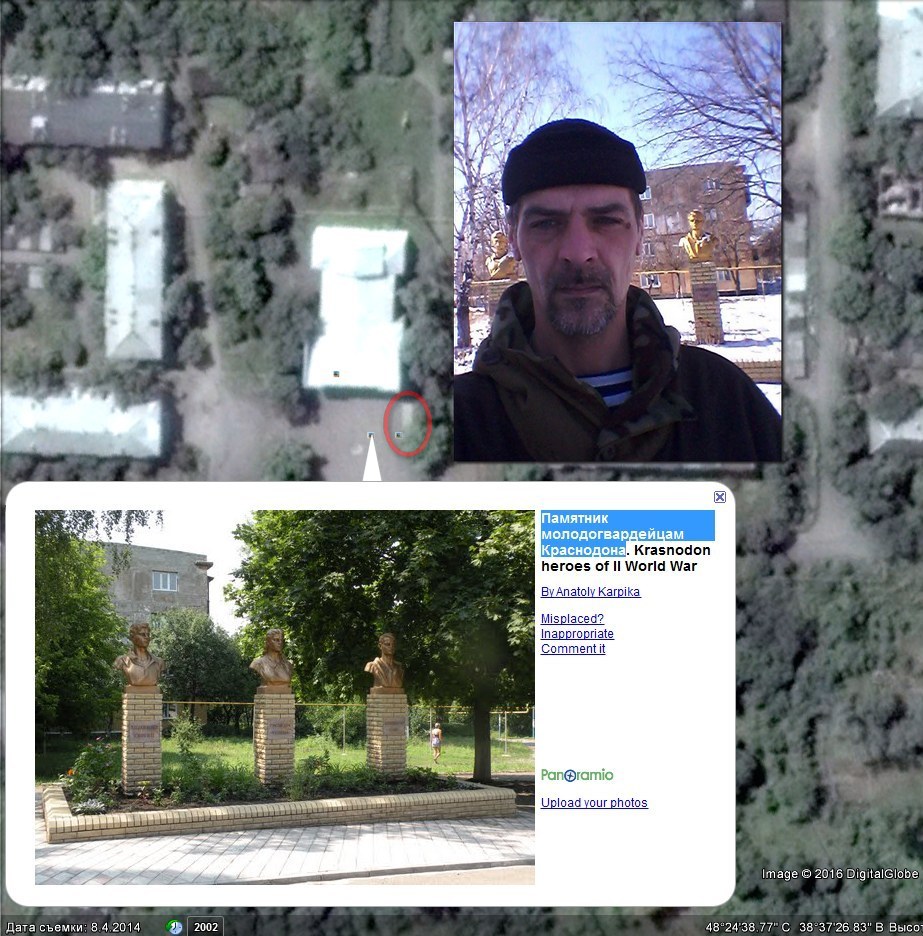 For better identification and depiction of the most prominent objects at the location, two similar photos were superimposed on each other, and then the resulting image was superimposed on a map. For precise geolocation the unique objects were marked by colored marks. The curved part of gas pipe is marked by blue. 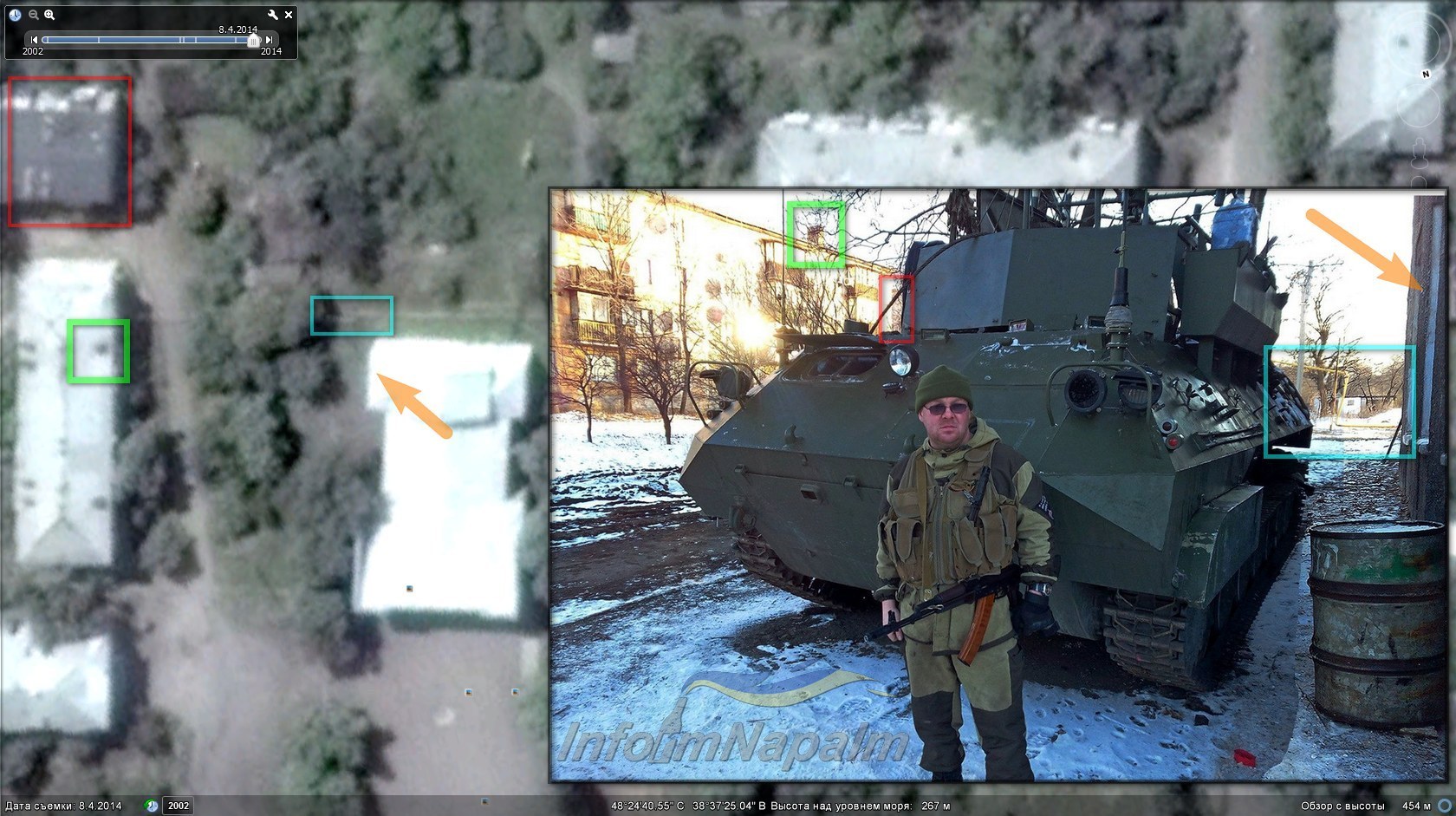 The militants in the photos

Below is a recent photo with his wife. 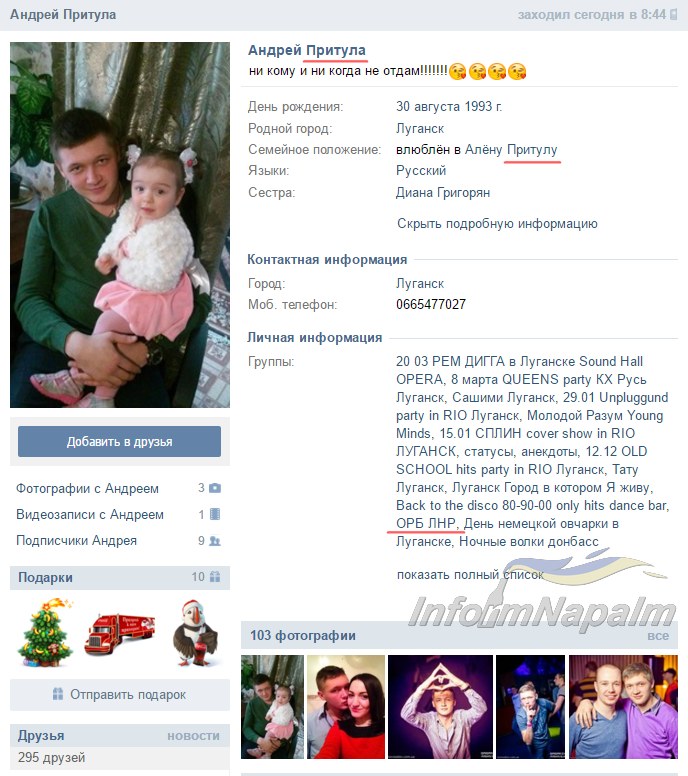 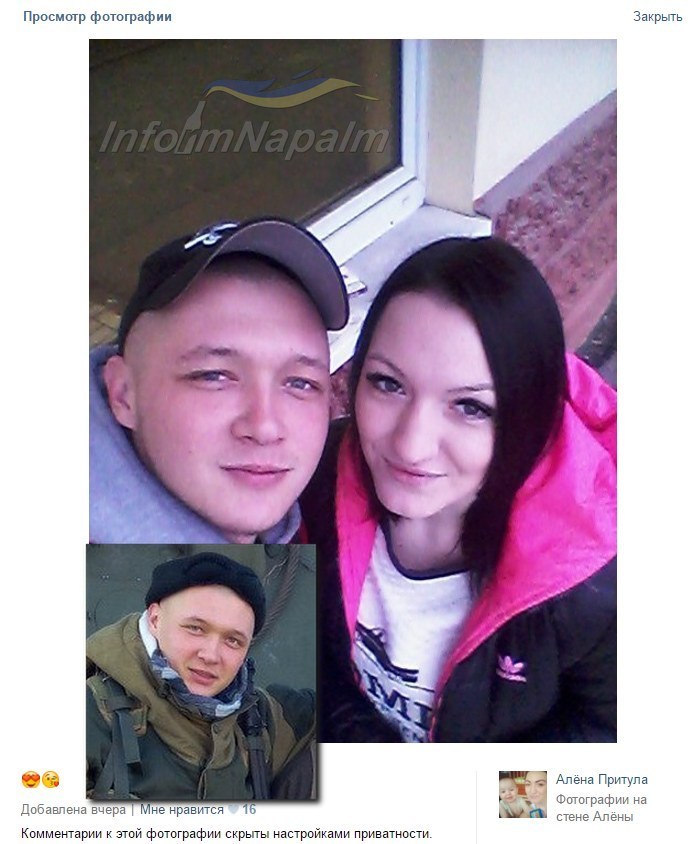 We can only wonder if he had to travel with his wife into the peaceful government controlled territory of Ukraine to arrange social benefits for the children? It would be interesting to find that out… 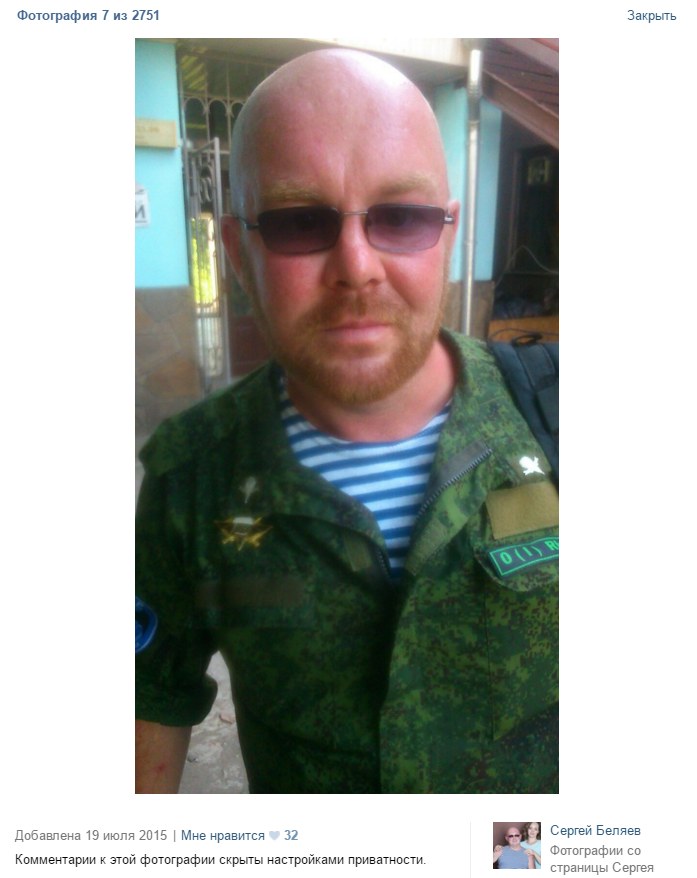 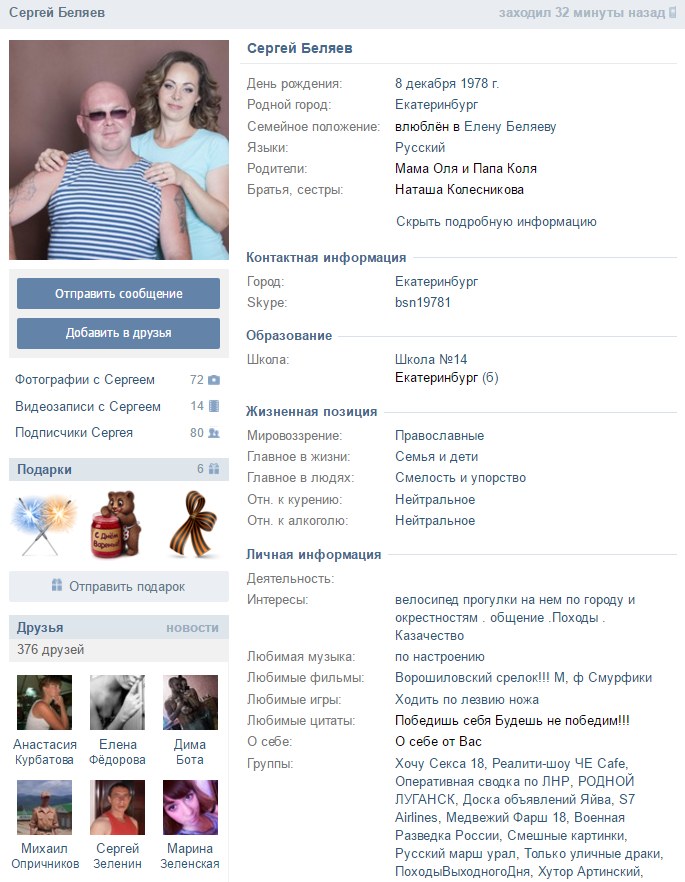 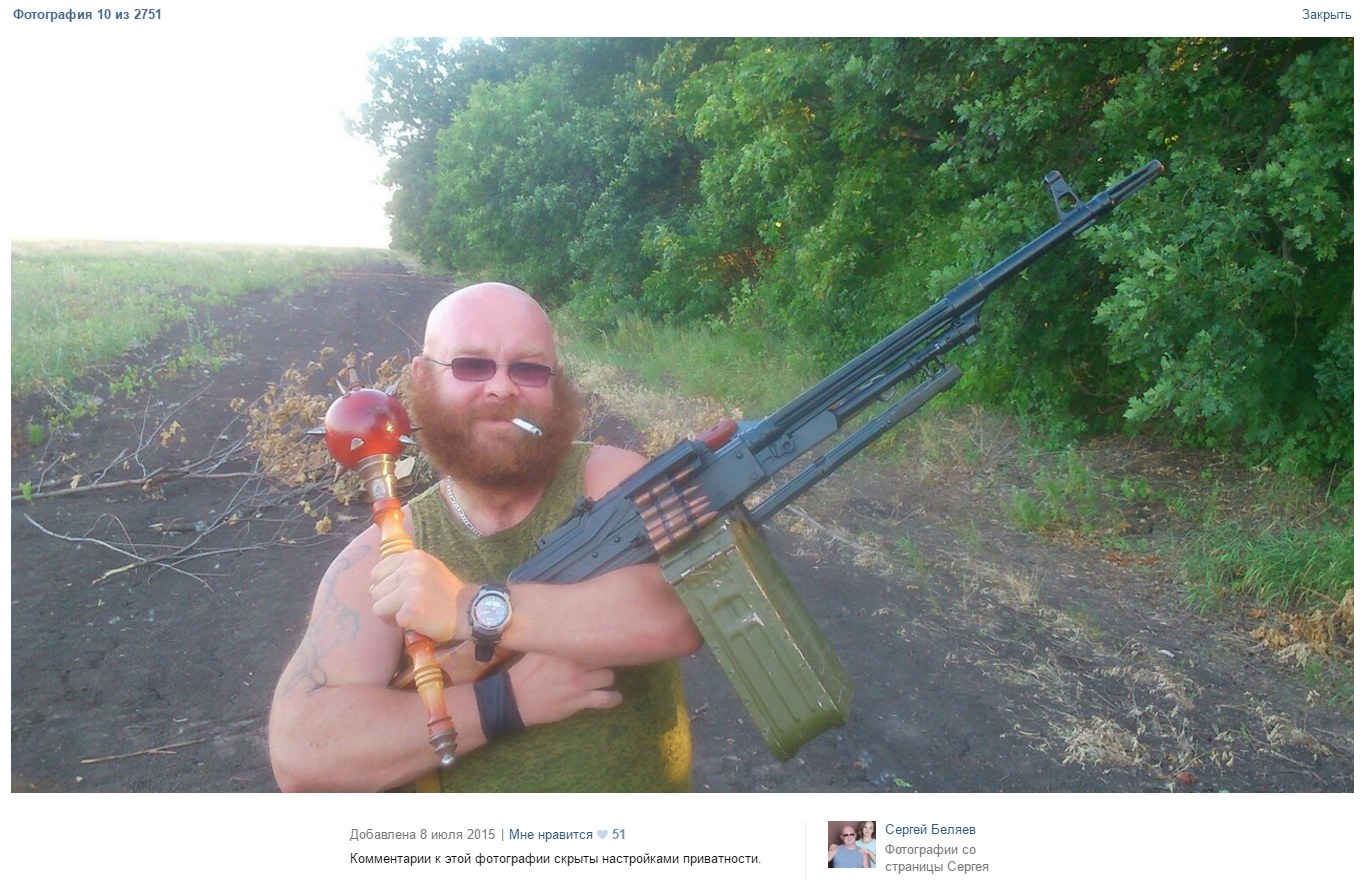 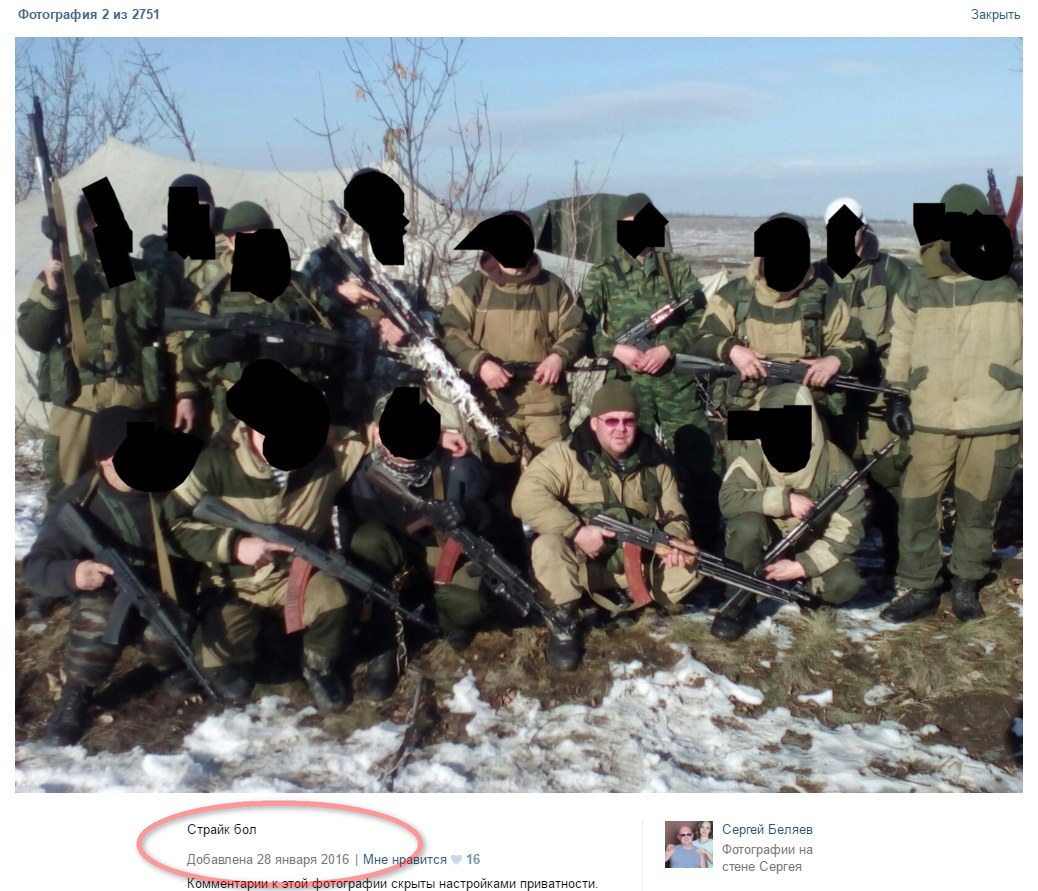 Russian humor: according to the comment under this photo, these are not “militants” at all, but rather ordinary airsoft players in the steppe of the occupied Donbas. Maybe Mr. Putin should use the same name for his hybrid army?

Alexey Zhuravlev has already been discussed above. 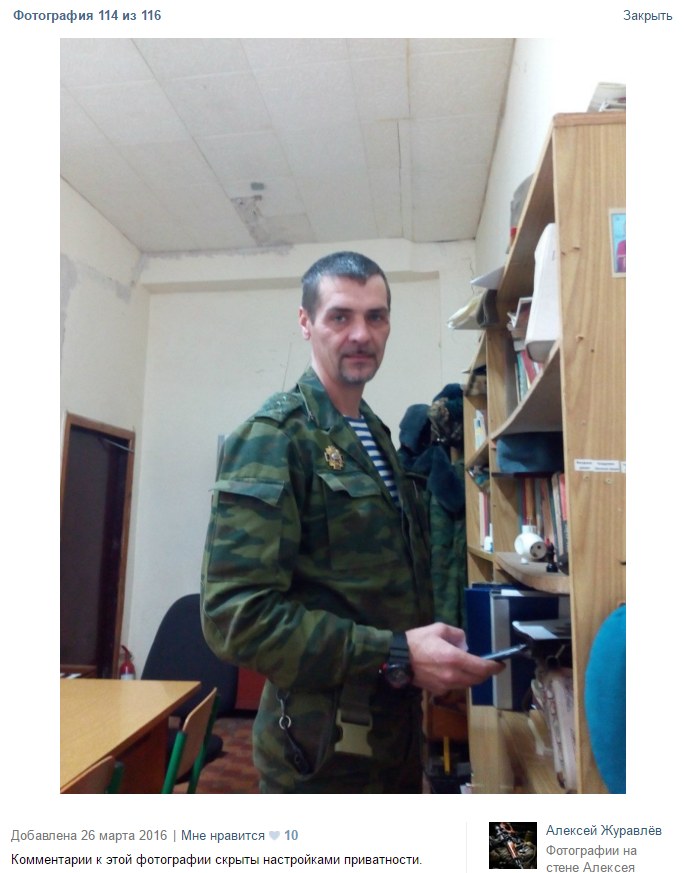 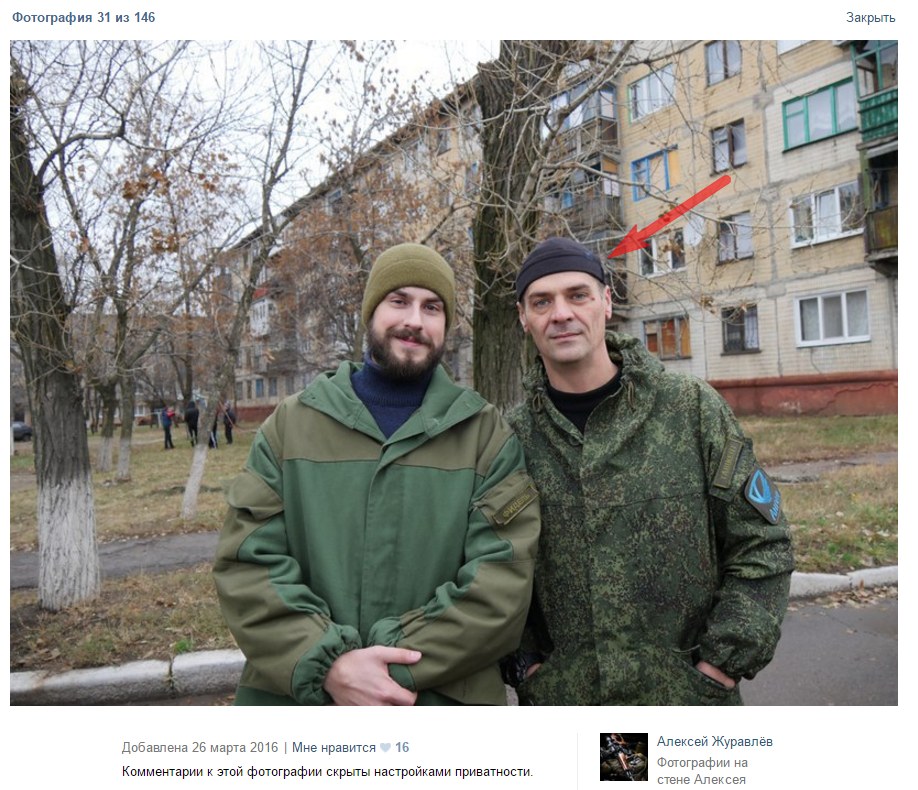 For the final note, we want to point out an interesting conversation under one of these photos signed as “The South-East (Ukraine). My brother fights for a just cause and I’m proud of him!!!”. It was posted by Andrey’s brother, Mikhail Zhuravlev-Zhdanov, living in Tashkent, Uzbekistan. This photo is also present in Alexey Zhuravlev’s profile.

In Mikhail’s words the echo of Russian propaganda is heard clearly: when people have no opinion of their own, they repeat everything they hear on TV. It is hard to understand whether this is a thoughtful opinion of a Russian woman or Dmitriy Kiselev’s suggestion, when the Tolyatti citizen asks: “In Uzbekistan, do they condone Poroshenko’s punitive actions against the South-East of Ukraine?“. And the brother of the militant, who himself also wants to kill Ukrainians in Donbas, replies, “Inessa, I don’t give a damn; Karimov (the president of Uzbekistan – ed. note) doesn’t approve of the actions of the Ukrainian army, so it’s all okeydokey 😉“. 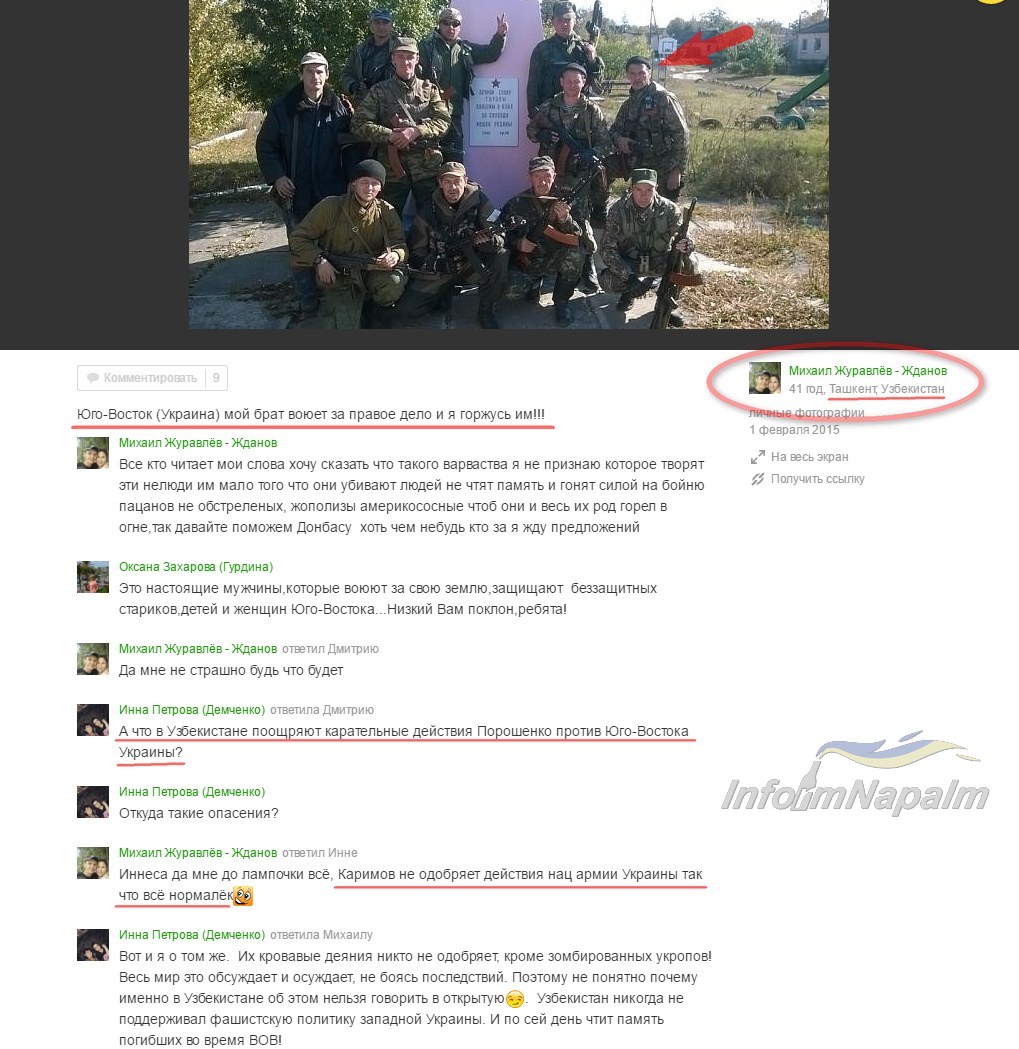 CC BY 4.0 – Original article written by Vidal Sorokin, translated by Dmitry Teploukhov. Upon reuse of the material, an active link to the author and our project is desirable.