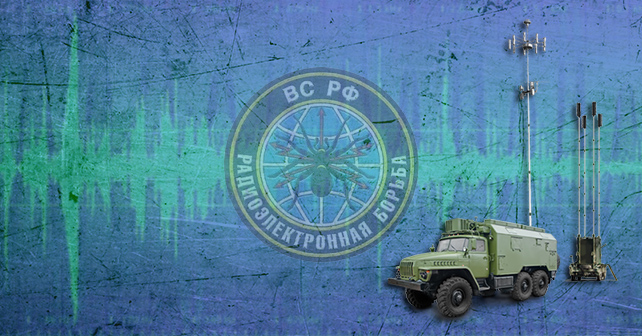 A few days after publication of the InformNapalm analysis of screenshots from a workstation of  R-330Zh Zhitel automated jamming station (AJS), that were taken by a Russian serviceman at Horlivka fire station in January, 2015, our readers provided us with interesting recordings of radio traffic intercepts. These recordings were made in winter 2015 in the outskirts of Luhansk. They contain communication sessions of a mobile signals intelligence (SIGINT) and electronic warfare (EW) station as a part of a combined interfaced SIGINT/EW system, also containing a command post. The system was deployed in the occupied territories of Ukraine. The information transferred during the radio traffic sessions included the SIGINT results, i.e. detected frequencies, transmitter power ratings, bearings of radio emitting sources, as well as the types of data transmission. The radio traffic recording was made within the frequency range of 410–430 MHz.

Based on the analysis of operation of this mobile SIGINT/EW system, it may be concluded that stations continuously change their locations, and the operating time in one place does not exceed 5–7 days. The traffic messages mention the use of radio-link communications, and a call sign “934 Dalniy” (934 Remote) which may imply the use of a modern Russian R-934UM AJS.

Background information: R-934UM AJS is equipped with radio relay station (one of its operation modes is in the frequency range of 390–430 MHz, which also indirectly confirms our assumptions) and operates in an interfaced pair under control of R-330KMA command post type. I means that the R-330Zh Zhitel AJS’s detected by us previously near Horlivka and Makiivka, and this R-934UM AJS were parts of the same network under an R-330KMA command post. It is worth reminding, that R-330Zh Zhitel, R-934UM and R-330KMA are in service exclusively with the Russian army and could not have been captured from the Ukrainian army in Donbas as trophies.

While using Open-Source Intelligence techniques, a photo album from 2011, showing a setup procedure of an R-934UM station in wintertime, was also found. (album, album archive).

Below are the recordings of communication sessions between the SIGINT station, the call sign “934 Dalniy”, and a so-called “operations desk”. Format and content of the transmitted SIGINT data are: time, frequency, bearing, power rating of radio signal source, type of radio broadcast.

Recording 2: The connection with the SIGINT station is missing.

Recording 3: The command performs a preventive berating for the poor connection with the SIGINT station. In reply the berated man tries to justify himself saying that there is nothing on air, but the command asks the question: “Why do they have it at another station, and you don’t?”. It means that at least two SIGINT stations are used. There are also other interesting phrases in this traffic session, like “Comrade Colonel, Alexander Sergeevich” , “Junior Sergeant Mikobin(bit)”.

Recording 4: Report on the identified frequencies.

Recording 6: ‘Private Ovchinnikov’, looking for the documentation for a piece of equipment (probably, power station) which goes in the complete set of the station. Intelligence reports are already prepared and ready for sending, do not have time to send.

We also recommend the materials of the InformNapalm international volunteer community that are related to the identification of modern Russian electronic warfare equipment used by the Russian armed forces  against Ukraine:

This publication was prepared by Mikhail Kuznetsov, a volunteer of InformNapalm international volunteer community based on the data obtained from the radio amateurs who were in the right place at the right time.

No Responses to “Russian R-934UM EW System is in Donbas: Voice Intercept”