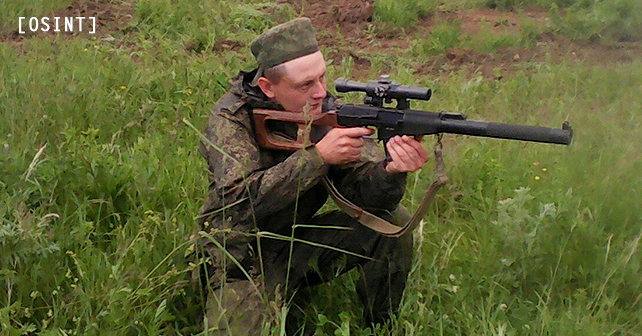 Volunteers of InformNapalm international intelligence community identified a serviceman of the Russian 137th Separate Reconnaissance Battalion who served in the “DPR” illegal armed forces and stayed in occupied Donetsk.

Since the beginning of the occupation of Crimea a cult of the Russian soldier was introduced in Russia. But all the heroism of the “polite people”, that overflows propaganda videos, evaporates immediately when evidence of their war crimes and illegal stay in another country appears on the Internet. Like the roaches scattering from the daylight, Russian soldiers suddenly feel “ashamed” of their presence in Ukraine, deleting social media accounts with photos and videos of their war crimes.

Such an example we described in the article Battle Cry of the Russian 66th Signal Brigade: “I’m Not a Coward… But I’m Scared!”. By the way, we returned to the deleted profile of a Russian serviceman from the Russian 66th Signal Brigade and have identified another place of its stay, namely in the building of the Commercial Court in the occupied Ukrainian city of Donetsk. 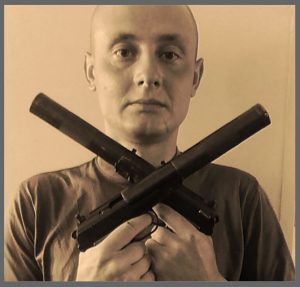 In the new OSINT investigation we introduce Ivan Skorobogatov, a serviceman of the 137th Separate Reconnaissance Battalion of the Russian Armed Forces from Naro-Fominsk (military unit 54919). Date of birth: 02.12.1990, place of residence: Orenburg. Personal data were confirmed by information from a dating site where Skorobogatov hides under the pseudonym Enokenty.

The Travel atlas of the dating website noted Skorobogatov’s presence in Ukraine on 05.04.2015. 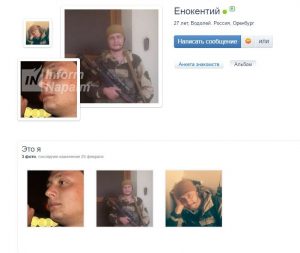 Unfortunately, Ivan quickly deleted his account on VK, but we’ll present screenshots of its pages, as well as shared photographs with other militants, which we were able to save. 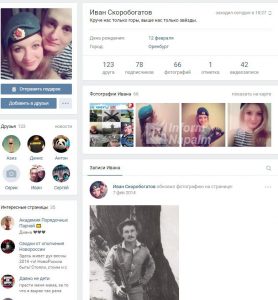 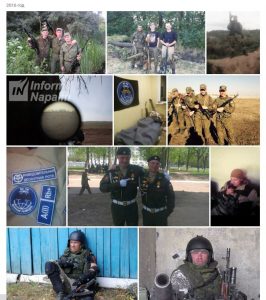 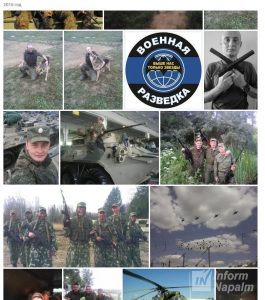 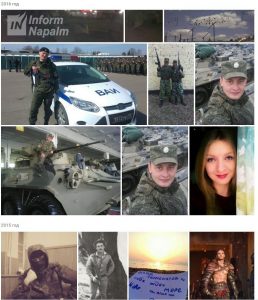 Skorobogatov’s service in the 137th Battalion is confirmed by pictures (1, 2) where he is photographed with his comrades-in-arms in Naro-Fominsk wearing a uniform with insignia of this unit. 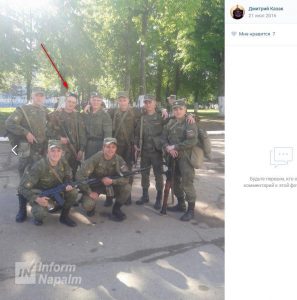 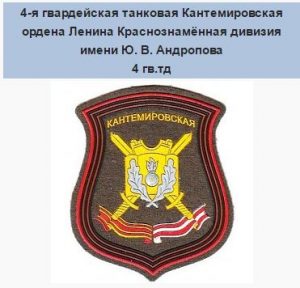 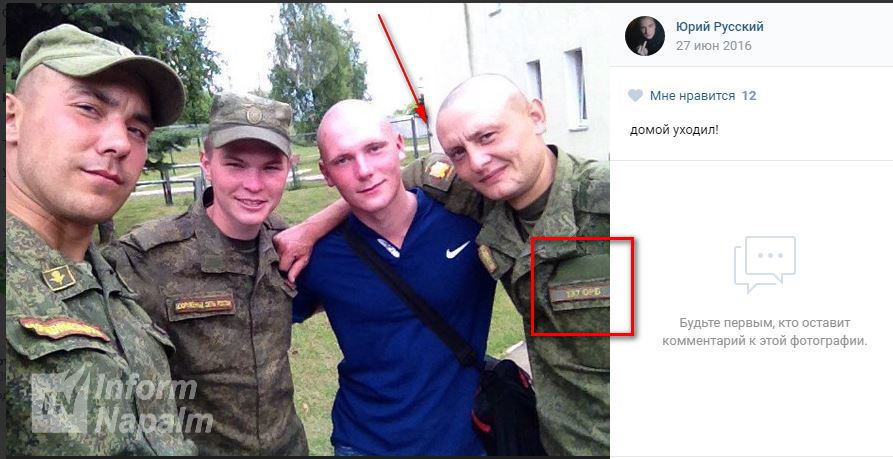 The 137th Reconnaissance Battalion is a detachment of the 4th Guards Kantemirovskaya Tank Division.

At the beginning of 2016 this division became a part of the newly formed 1st Guards Tank Army. Our previous investigations have reported deployment of units from the 4th Tank Division on the border with Ukraine (link 1, link 2).

So in 215, Skorobogatov was staying in the Donbas. Based on the list of his contacts we determined that he served in a “DPR” reconnaissance detachment. This information was confirmed by the photo from 10.14.2015, which Ivan removed from his album, but it was also posted by his colleague-militant. 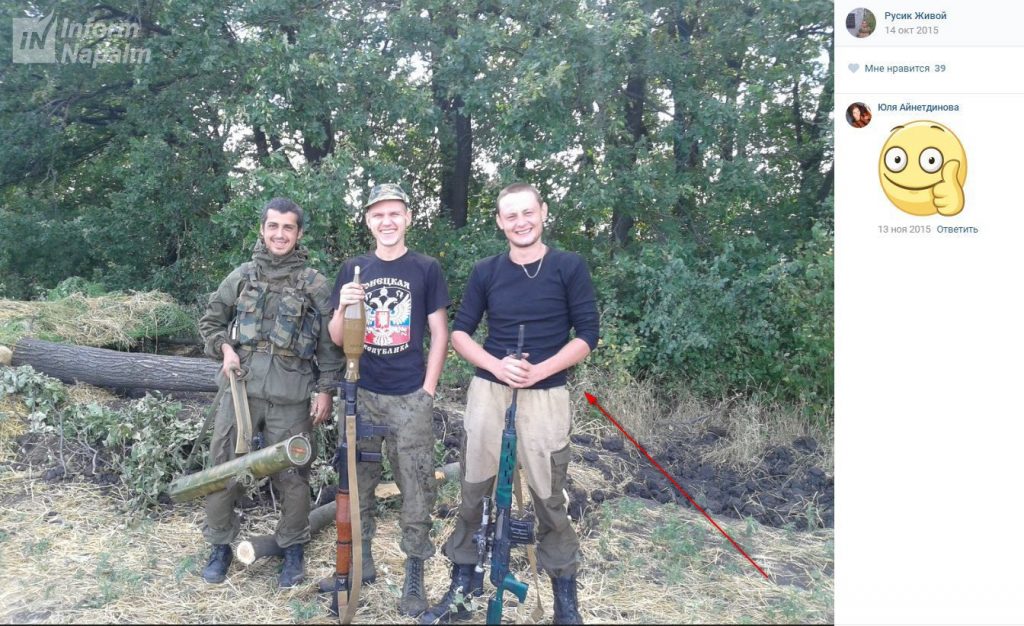 Skorobogatov named Shcherbakov’s park as his favorite place, responding to a question on the web site спрашивай.ру. Our regular readers know that this park is in Donetsk. Trying to start a dialogue, we asked Ivan what he did in Ukraine. Apparently, this question prompted the “hero” to delete his account. 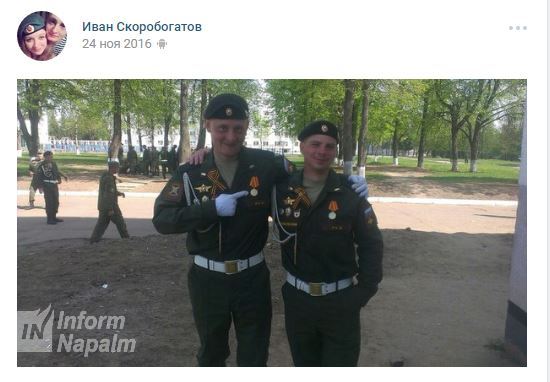 Not a big deal, but apparently Skorobogatov and his family were pleased. His girlfriend, Svetlana Efremova is very proud of the beloved – perhaps she does not know about his involvement in fighting in the Donbas. 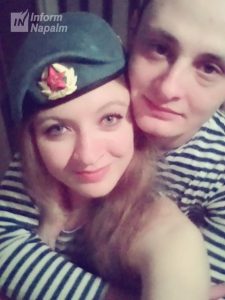 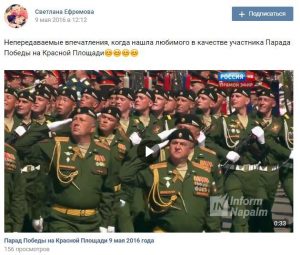 Thus, we have attempted to collect all traces left by the Russian serviceman Skorobogatov in the Donbas. Despite his attempt to destroy the evidence, our site has made them available to the public, and they will be requested for further review in regards to international war crimes of the Russian Federation. That’s what he is, a “Russian cockroach” which hurry-scurry evades the flame of the facts – he’s trying to hide in cracks but still remains in everyone’s sight.