Russian military aircraft crash: who were its passengers? 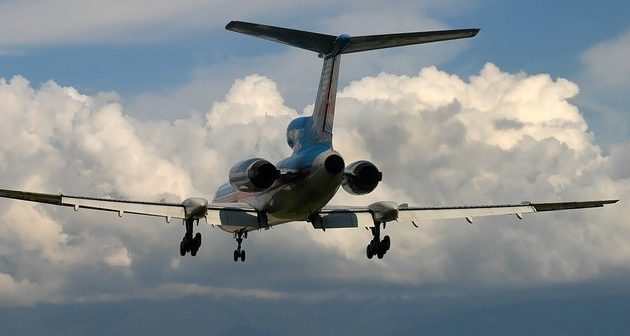 The crash of the Tu-154 airplane of the Russian Defense Ministry near Sochi made the world news. There were 92 people on board; the plane was en route to Syria. It disappeared from radars two minutes after takeoff from Sochi to Latakia. Everybody on board died in the crash.

It would be natural to feel with the pain of the people who lost their loved ones in this disaster. However, there was marked lack of compassion in Ukraine and Syria. Why so?

Ukrainians and Syrians have been suffering from the consequences of the Kremlin’s foreign policies for years, so their reaction is in fact easy to understand, given the owner of the airplane, the purpose of its passengers’ flight to Syria, and their status…

One should be aware that the passengers of this machine were heading to Khmeimim, the Russian air base in Syria. They intended to visit the city of Aleppo, destroyed by the Assadites and Russians to boost morale of the Russian military in Syria and engage in propaganda. They were flying to sing and dance for the army group, which has been systemically exterminating Syrian civilians for over a year. Figuratively speaking, these people were going to sing and dance on the bones of Russia’s victims in Aleppo… Who exactly were the participants of this cynical trip?

Most part of the passengers were members of Alexandrov Ensemble, the official choir of the Russian armed forces. All of them were officers of the Russian army. Anton Gubankov, a member of the choir and the head of the Cultural Department of the Russian Ministry of Defense, in 2014 wrote the song Polite People, praising the annexation of Crimea and the “green men” who invaded the peninsula. Evgeniy Bulochnikov the soloist, who sang this song, was also on board.

It is often said that the Crimean annexation was “bloodless”. But the term “bloodless homecoming” is a just a trick of the Russian propaganda. A very well coined term, by the way. Because of it, the idea is firmly planted in the minds of many people around the world. However, we must not forget the victims among the Ukrainian military personnel. Ukrainian warrant officer Sergei Kokurin was killed on March 18, 2014 during the storming of a Ukrainian military unit in Simferopol. He was the first officially recorded victim of the Russian soldiery, shot directly through the heart. There were others. We also need to remember the persecution of Crimean Tatars in the occupied Crimea. Several Tatars were kidnapped and turned up dead during the “bloodless” land grab operation. Nobody investigates anymore the whereabouts of hundreds of other people missing in Crimea since March 2014. The ensuing war in Donbas unleashed by Russia with its thousands of victims overshadowed their fate. Hundreds of thousands of people had to flee from Crimea to the Ukrainian mainland.

Also, there were crews of Russian TV propagandists on board, namely of Zvezda, the official media company of the Russian army and of the Russian Channel On. Both media outlets have little to do with true journalism. They are rather Russian weapons in the information warfare, which the Kremlin wages against the civilized world. For example, Pavel Obukhov and Mikhail Luzhetskiy, who were among the passengers, had covered the activity of the Russian hybrid forces in the occupied Slavyansk in spring 2014. Luzhetskiy was even awarded the Order For Merit to the Fatherland for his coverage of the Crimea invasion. Another passenger, Alexander Suranov from Zvezda channel, loved to do gory footage from Donbas with plenty of blood and corpses.

It is important to understand that Kremlin does not treat Russian TV channels as the means of informing people about current events. They are rather used to justify and support its policies in the world by creating a very logical manipulative virtual reality. The information war is a part of Kremlin’s Gerasimov doctrine, (https://inmoscowsshadows.wordpress.com/2014/07/06/the-gerasimov-doctrine-and-russian-non-linear-war/) where the modern warfare is explained as: “The information space opens wide asymmetrical possibilities for reducing the fighting potential of the enemy. In north Africa, we witnessed the use of technologies for influencing state structures and the population with the help of information networks. It is necessary to perfect activities in the information space…”

By the way, the perception of the victims of this plane crush in Russia is exactly that – they are regarded as soldiers. Joseph Kobzon, Kremlin’s court singer confirmed this by saying on the day if the crash: “They flew on a combat mission…” 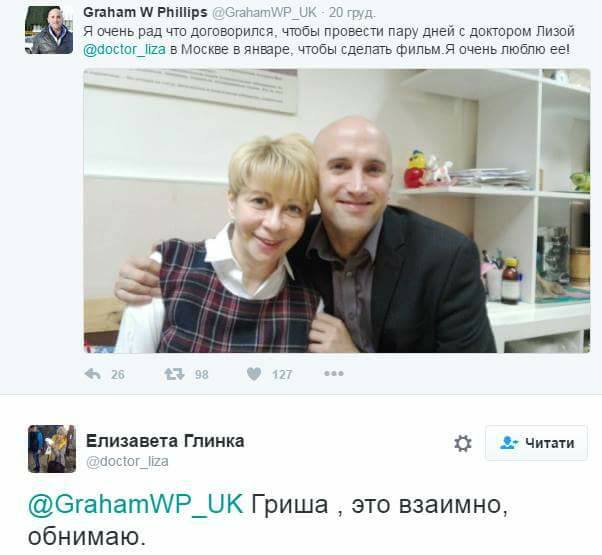 The famous TV celebrity humanitarian worker Elizaveta Glinka aka. Doctor Liza was also on board. According to the unofficial information she illegally brought out to Russia 420 Ukrainian children from Donbas. She also claimed that she had not seen any Russian soldiers there. For that she was recently awarded the medal For the Protection of Human Rights from the hands of Vladimir Putin. She was supposed to be on camera with propaganda reports from Syria. We would have probably seen again Doctor Liza healing an injured child, Syrian this time. The question is whether there would have been so many orphaned, dead and wounded Syrian children without Russian bombing… Another big question if there is any hospital or a single ward left in Aleppo after the Russian air strikes usable for this kind of footage… It is also clear that Doctor Liza was not going to Syria to “to help Syrian children”. The sole purpose of her presence was some propaganda footage with the Syrian children who are still alive despite what Russia did there…

Finally, there were high-ranking Russian military officers on board. Altogether there were eight of them. For example, the head of military police of the Russian Ministry of Defense, Lieutenant General Vladimir Ivanovskiy and the Lieutenant General Valeriy Khalilov, art director of the Alexandrov Ensemble were among the passengers. See the full list of passengers here. However, some names of Russian military personnel are kept secret and we will still need to find out who else was there. Also, the crew of the aircraft was not a civilian one.

All these people were “on combat mission”, as the Russian top officials like to describe them. The head of the Moscow’s Department of Culture Alexander Kibovsky even called the military choir a “singing weapon of the Kremlin“.

All the passengers on this flight worked for the Russian Ministry of Defense in some way and were instruments of Russian hybrid warfare. The aim of their trip to Syria was disgusting and cynical. They were supposed to paint an image of “good Russia” for the domestic Russian audience. For this purpose they were planning to use Syrian children whom Russia has injured and orphaned. They were supposed to perform in a place, razed to the ground by the Russian Air Force to entertain those who did it. They were going to dance on the bones of Russia’s victims in Aleppo and praise the Russian soldiers…

That is the reason of the lack of sympathy of Ukrainians and Syrians. They see the war every day live. It is a war against them, lead for years by Russian Federation. The Russian audience sees it “live” on TV… Russians do not have to bury their children, as the Syrians do. Neither do they have to look into the eyes to the soldiers returning from the front in the Donbas maimed, who live through the death of their comrades again and again in their nightmares.

Vladimir Zhirinovsky, the Kremlin’s court jester is known for saying out loud things that are too outrageous for the top Russian officials to utter, although that could be well on their minds. On this recent talk show he very well sums up the logic of the Russian presence in Syria: “For us, this situation is favorable. Since there is chaos, we were called in. We have to value the status quo. So we must maintain the chaos, because if there is order again, we’ll be shown the door… And our weapons we sell them, it all goes also into our budget for the needs of our economy, of our people”:

One Response to “Russian military aircraft crash: who were its passengers?”