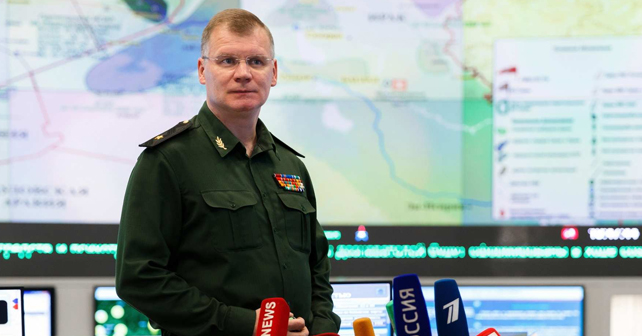 The attempt to deny the report by the Security Service of Ukraine (SBU) regarding the deployment of PMC “Wagner” mercenaries on “Varyag” guided missile cruiser to Syria by the official representative of the Ministry of Defense of the Russian Federation Major-General Igor Konashenkov was a public lie.

This is the conclusion made by the volunteers of the InformNapalm international intelligence community, who analyzed Konashenkov’s statement published by Russian media and compared his arguments with the data published in the interrogation and the information on combat deployments of “Varyag” that previously appeared in open sources. 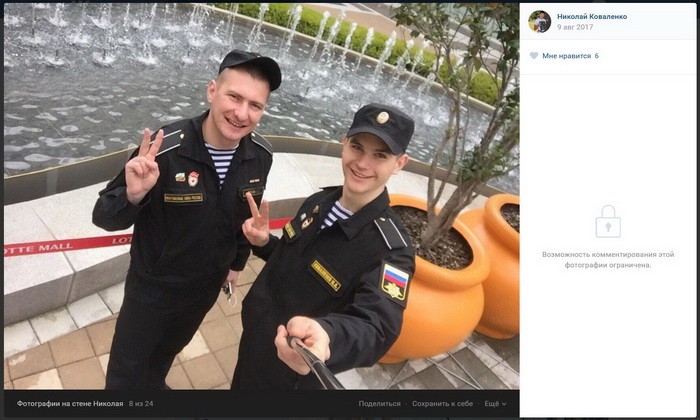 To refute the statements by a former contract sailor Nikolay Kovalenko, who served on “Varyag” in 2015-2017, and released by SBU on April 18, the official representative of the Russian Defense Ministry tried to distort the sailor’s words. “”Varyag” guided missile cruiser has never called to Syria’s Tartus, as there are no suitable docking facilities for the port call and mooring of warships of such tonnage”, said Konashenkov.

However, in the interrogation video, the sailor did not say that the cruiser had entered the port of Tartus. At 01:48, he says this about PMC Wagner mercenaries: “In the vicinity of the port of Tartus, boats came at night, people unloaded with their cargo and nobody saw them anymore.”

The video of the interrogation from the website of the Security service of Ukraine.

Going back to Konashenkov’s statement, there is other evidence that his response was a lie.

In February 2017, TV channel “Nastoyashcheye Vremya” (Present Time) published a report and an interview with the mother of a Russian sailor Vladislav Shalaev, who served under contract on “Varyag” and died four days after returning from a deployment to the shores of Syria.

The most interesting part of interview is the description by the mother of the deceased sailor of large groups of people filling up the cruiser’s crew quarters, sleeping in four-level bunks and sometimes right on the floor. This suggests that as it was heading to Syria, “Varyag” was carrying as many passengers as it could fit. This picture fully matches the words of the sailor Nikolay Kovalenko.

Notably, the SBU quickly responded to Konashenkov’s statement by publishing the personnel lists of Wagner fighters, who were taken to Syria on “Varyag”. The SBU said, “If the Russian Ministry of Defense has ‘difficulties’ finding exact personal data and residency of the aforementioned RF citizens from among Wagner’s “ikhtamnets” (“those who aren’t there”) in order to charge them with the crime of mercenary, the SBU is ready to publish this information to convey the truth to the Russian citizens and eliminate the ‘ignorance’ of the senior officers of the Ministry of Defense of the Russian Federation.”

It should be noted that Konashenkov’s statement isn’t the first lie by high-ranking Russian officials and a failed attempt at falsification and manipulation. In November 2017, the Ministry of Defense of Russia published falsified evidence, calling it an “irrefutable confirmation” of the American support to ISIS fighters.

And in June 2017, even Russian President Vladimir Putin himself was caught with a fake. In Oliver Stone’s documentary, he said, “These are our guys”, showing a video where an American AH-64 Apache helicopter attacked Taliban fighters. In a symbolic move, for the audio track, the fake’s authors chose to use the conversations of Ukrainian MI-24 helicopter pilots successfully attacking Russian militants in the first battle of the Russian-Ukrainian war at Donetsk airport.

Therefore, the representative of the Ministry of Defense of the Russian Federation Major-General Igor Konashenkov simply continues the ‘traditions’ of high-ranking Russian officials and the mantra “IkhTamNet” or “IkhTamNeBylo” (“they are not there”, “they were not there”) is still in use today.

Read other research of PMC Wagner by InformNapalm:

By Roman Burko specially for InformNapalm