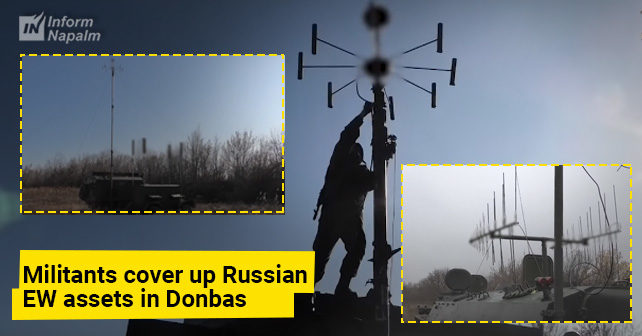 The militants of the Donetsk People’s Republic (DPR) terrorist organization are carrying out an media operation to cover up the presence of Russian electronic warfare systems in Donbas. This conclusion was made by volunteers of InformNapalm while analyzing a video distributed by the press service of the terrorists.

Over the past 5 years of Russian aggression in Donbas, volunteers of InformNapalm international intelligence community have discovered and published facts of the use of 50 types of specific weapons and equipment belonging to the Russian army which were supplied from the Russian Federation. A significant part of these equipment types are signals intelligence (SIGINT) and electronic warfare (EW) stations: R-330Zh Zhitel , R-378B Borisoglebsk-2, Torn, R-381T2 Taran, RB-341V Leer-3, R-934UM, SPR-2M Rtut-BM, RB -636AM2 Svet-KU, 1RL243 Rubicon and others. From time to time, the OSCE Special Monitoring Mission (SMM) observers in Donbas also record in their reports the presence of the Russian EW and SIGINT stations in the occupied territories of Ukraine.

Apparently, the Russian military decided that while they cannot hide the use of their equipment, then they would create mock-ups similar to their equipment types, supposedly developed by the “engineers” of the DPR terrorist organization and present them in propaganda stories.

On December 1, 2019, a video was published on the DPR press service channel allegedly presenting new models of EW equipment code-named Terrikon M2N, Chameleon and Triton. The Ukrainian Military Portal also noted that the militants attempted to outwardly imitate the Russian EW system R-330Zh Zhitel which was spotted by the OSCE SMM on a number of occasions.

The terrorists placed the EW equipment on the ZIL-131 chassis, and the transmitting antennas on the old diesel power station ESD-50-VS / 230-MU, while the Russian station R-330Zh Zhitel was repeatedly spotted in Donbas mounted on the KAMAZ 5350 chassis. 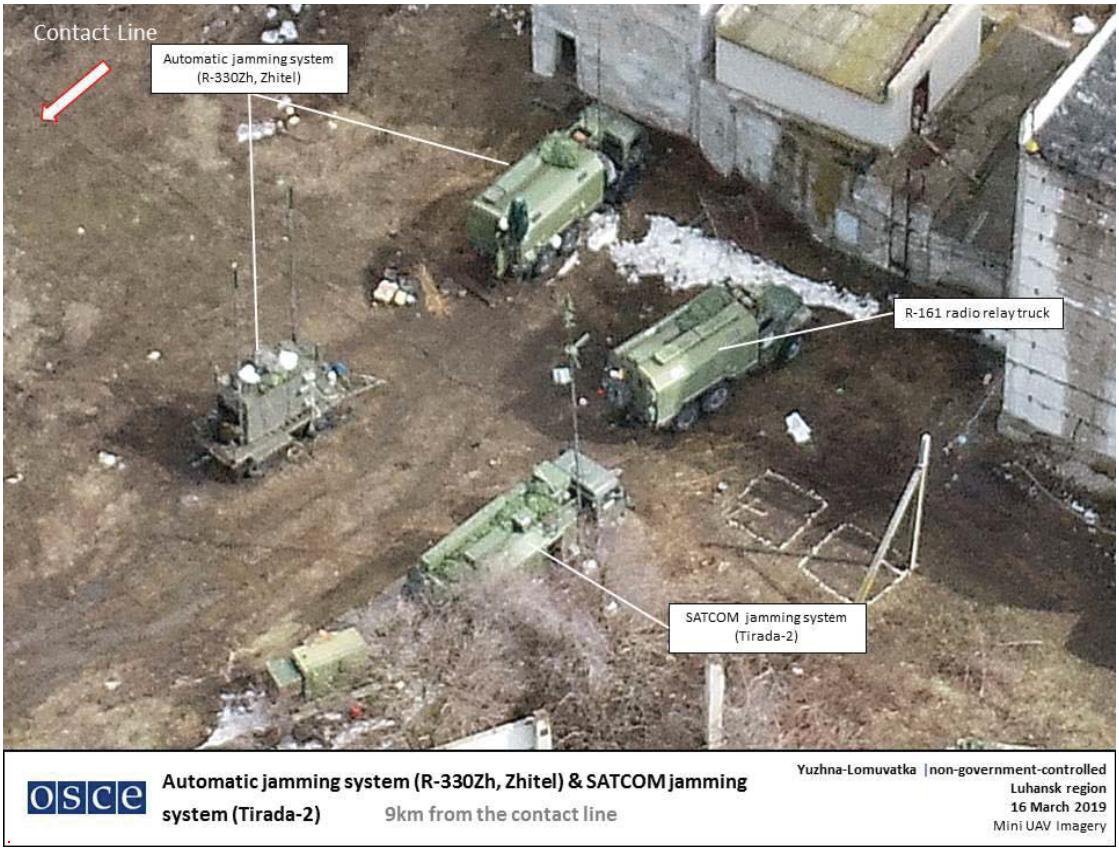 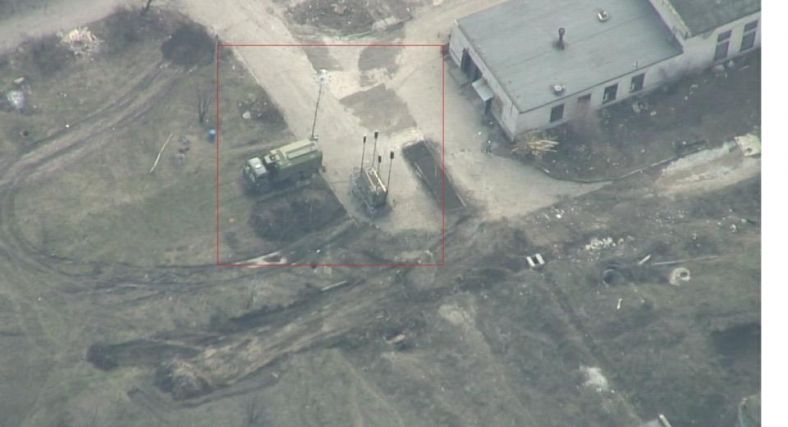 In addition, in the same video, the militants also tried to imitate the similarity with another Russian complex, R-378B Borisoglebsk-2, however, instead of MTLBu, they placed antennas on MTLB chassis.

Pictured: modifications of military equipment adapted by the DPR militants for the propaganda feature with attached antennas from the R-330Zh Zhitel and R-378B Borisoglebsk-2 systems.

For comparison, below is a photo of the R-330Zh Zhitel and the R-378B Borisoglebsk-2 at the Chebarkul training range, Russia. 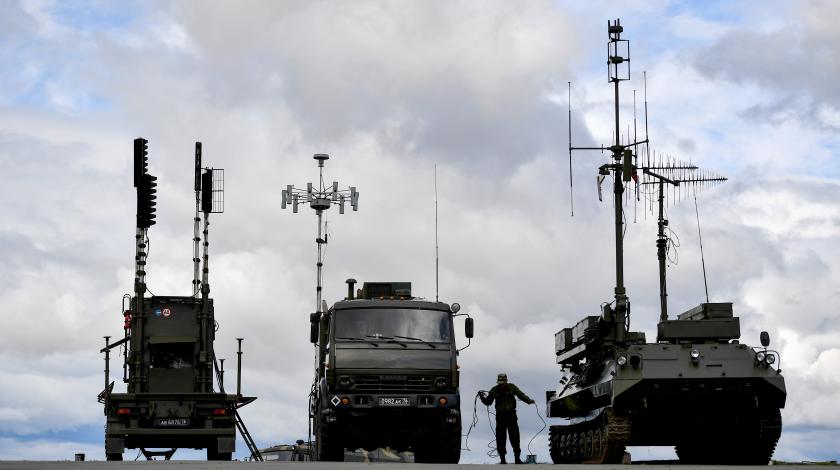 An attempt was made by propagandists of the DPR terrorist organization to create a fake story of modern types of EW equipment in Donbas supposedly independently made by militants and successfully used against the Ukrainian Army. In fact, this is a media cover-up operation and an attempt to visually imitate some of the available types of Russian technology in order to downplay the sightings of the Russian systems in Donbas.

No Responses to “Militants cover up Russian EW assets in Donbas”