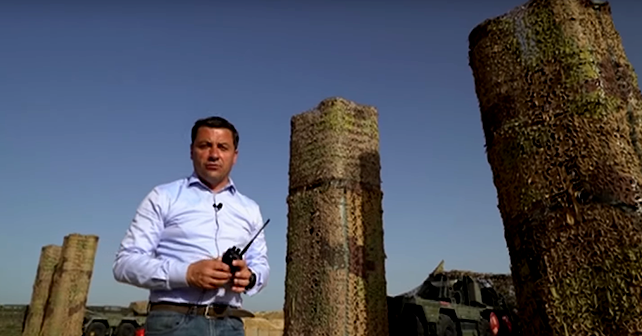 You cannot underestimate your enemy, but you should use his mistakes. In this investigation, InformNapalm identifies air defense positions at Khmeimim air base. We do not know if the identified Russian equipment was shown in the story just to distract attention or the propagandists really accidentally disclosed it. The positions of the equipment have not changed since 2016, and places of hidden air defense equipment have not been found at the moment, and this is an important detail for our analysis.

Russian propagandists of the Ministry of Defense Zvezda TV channel disclosed the positions of the Russian air defense group at Khmeimim air base. On June 11, 2017. They posted a video on YouTube called Military acceptance in Syria. Khmeimim base. Part 2. After analyzing the video, we established the exact location of two Pantzir-S2 anti-aircraft missile and gun systems, two 1RL-123E radar stations, four 5P85TE2 launchers of the S-400 system, a 92N6E radar of the S-400 complex and diesel generators that power S-400 systems. 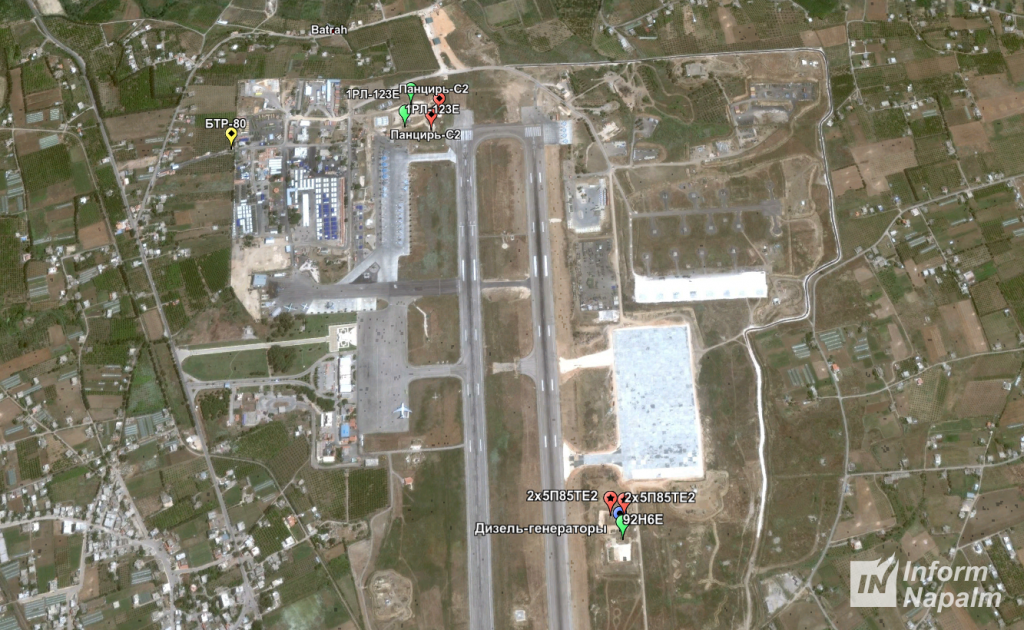 Two Pantsir-S2 systems are located here and here. Note that the video shows the upgraded Pantsir-S2 which visually differ from the Pantsir-S1 by a new radar. 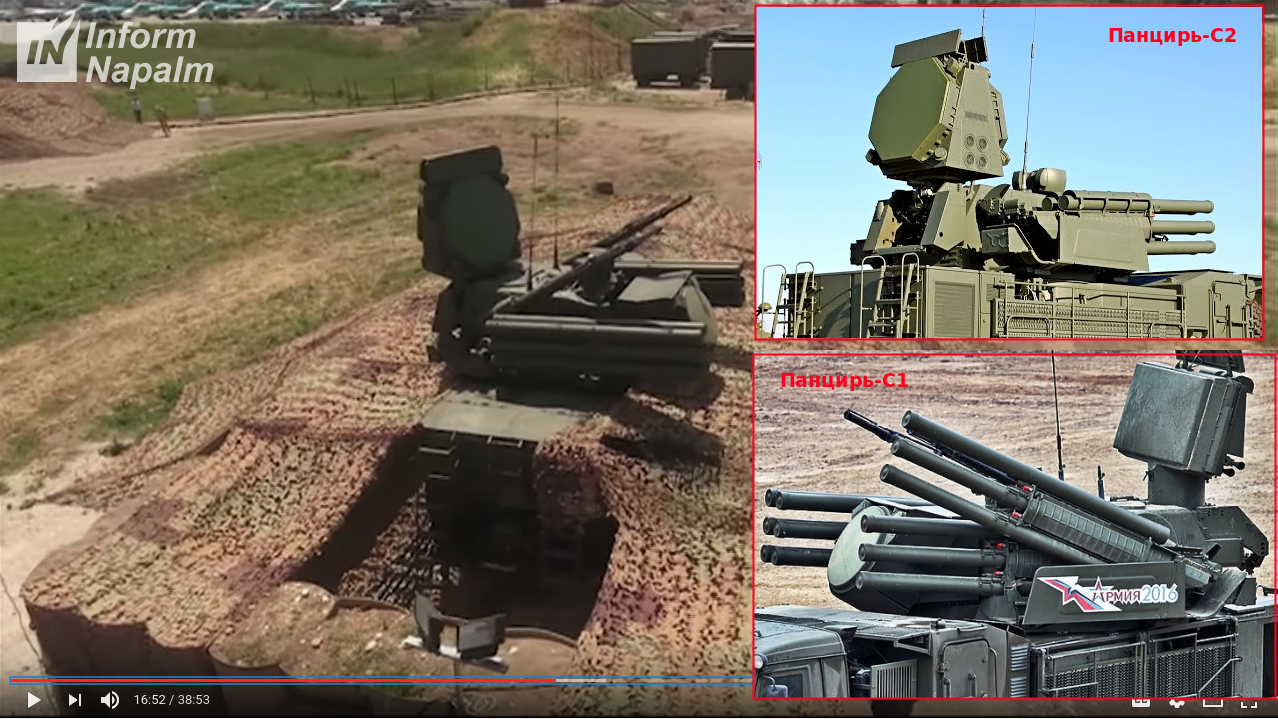 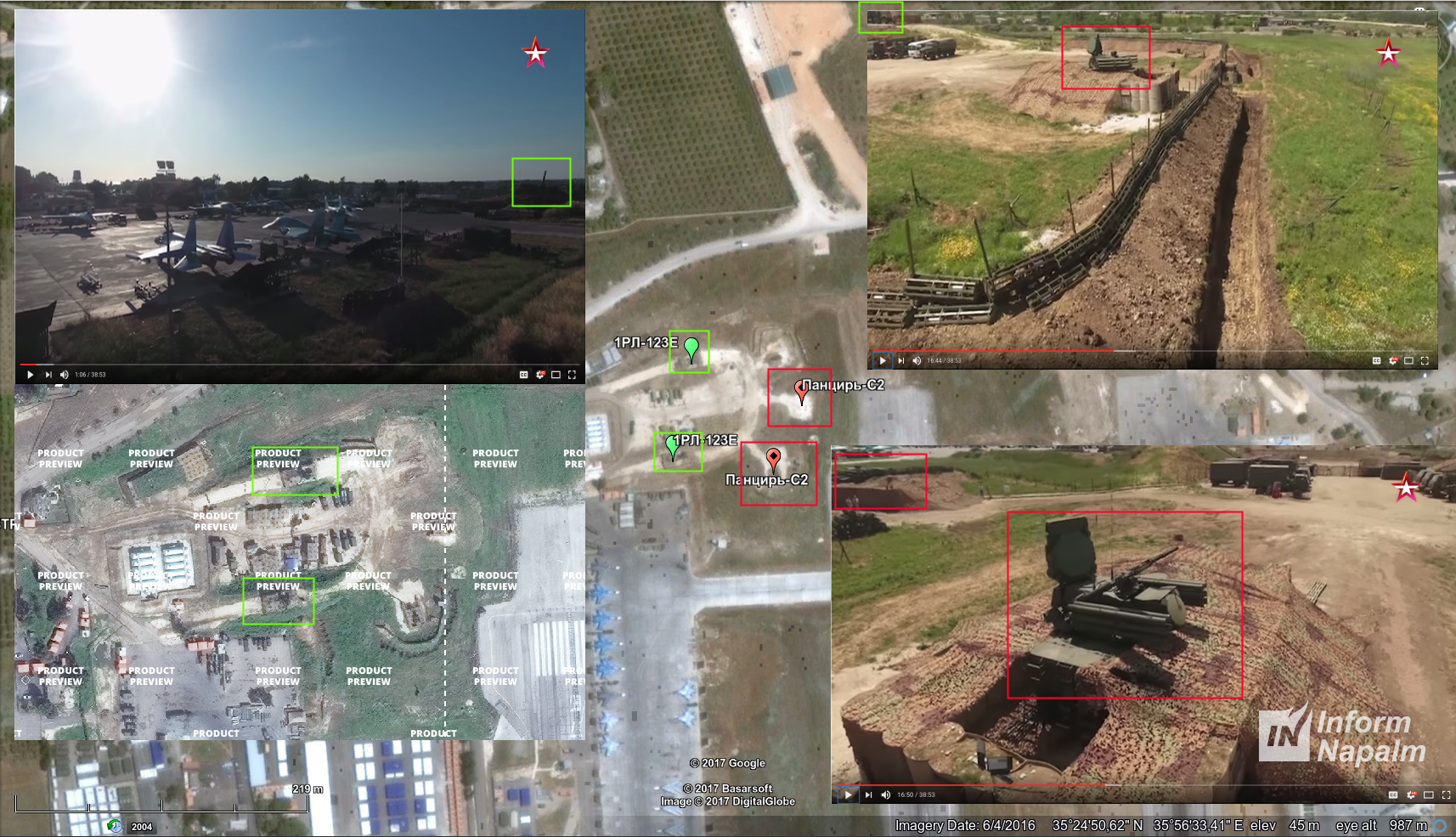 Nearby are two 1RL-123E radio detection stations which are used in conjunction with Pantsir-S2 (here and here).

On east side of the air base we can see positions of four placed in pairs 5P85TE2 launchers of the S-400 system (here and here), a 92N6E radar station (here), and diesel generators (here). 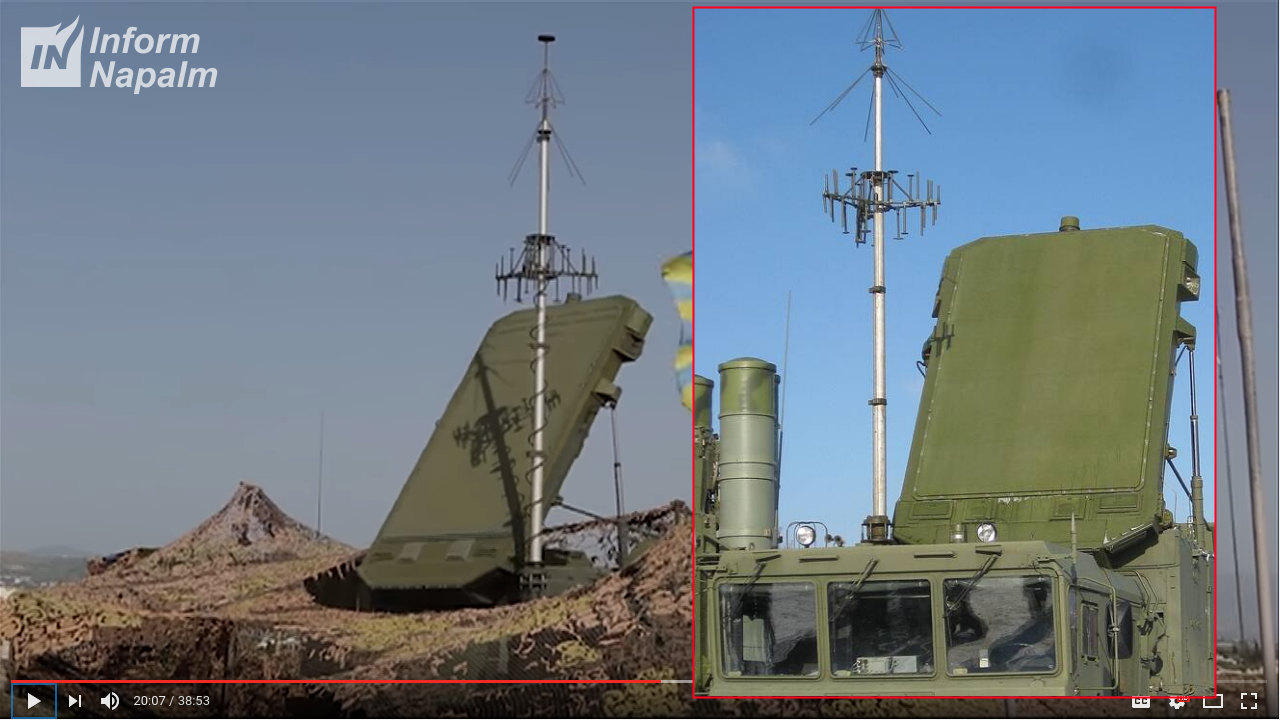 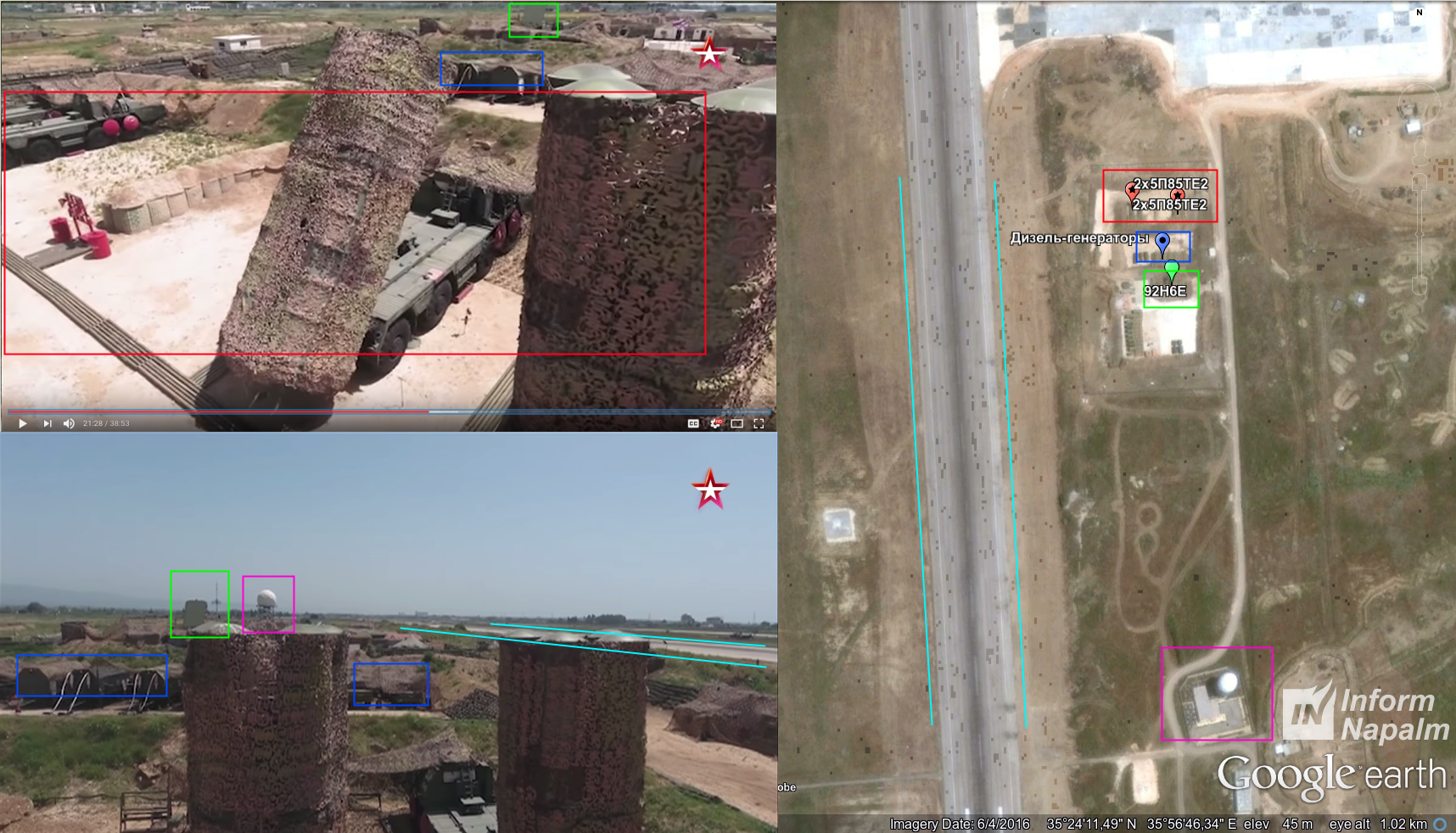 It is noteworthy that in the timing of 15-15:30 of the video a Russian propagandist mentions that the personnel of the airbase are forbidden to use smartphones, photo and video devices in order to avoid leakage of information, including the location of equipment and infrastructure. At the same time, the video reveals all details about the composition and the exact location of the air defense unit. How to explain it? Is it a clumsy mistake of Russian propagandists or deliberate misinformation to point at false targets?  We analyzed the images on the Terraserver service but we could not make a final conclusion. We established that the location of the equipment has not changed since 2016, and there are no obvious places for hidden air defense equipment.