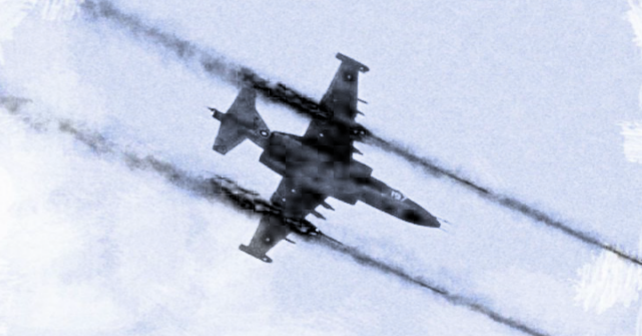 On April 30, 2017, the city of Lataminah in the north of Hama province was intensively bombed by the coalition forces of the Assad regime and Russia. In the video, a Su-25 aircraft of the Russian Air Force is bombing a residential area of Lataminah. According to the Syrian conflict online map, this residential area is controlled by the Free Syrian Army, a moderate opposition to the Assad regime.

The exact location in the video was not specified, however, it was possible to identify several objects in the photo: the water tower and the minaret of one of Lataminah’s mosques ([1], [2]). Click the picture to enlarge. 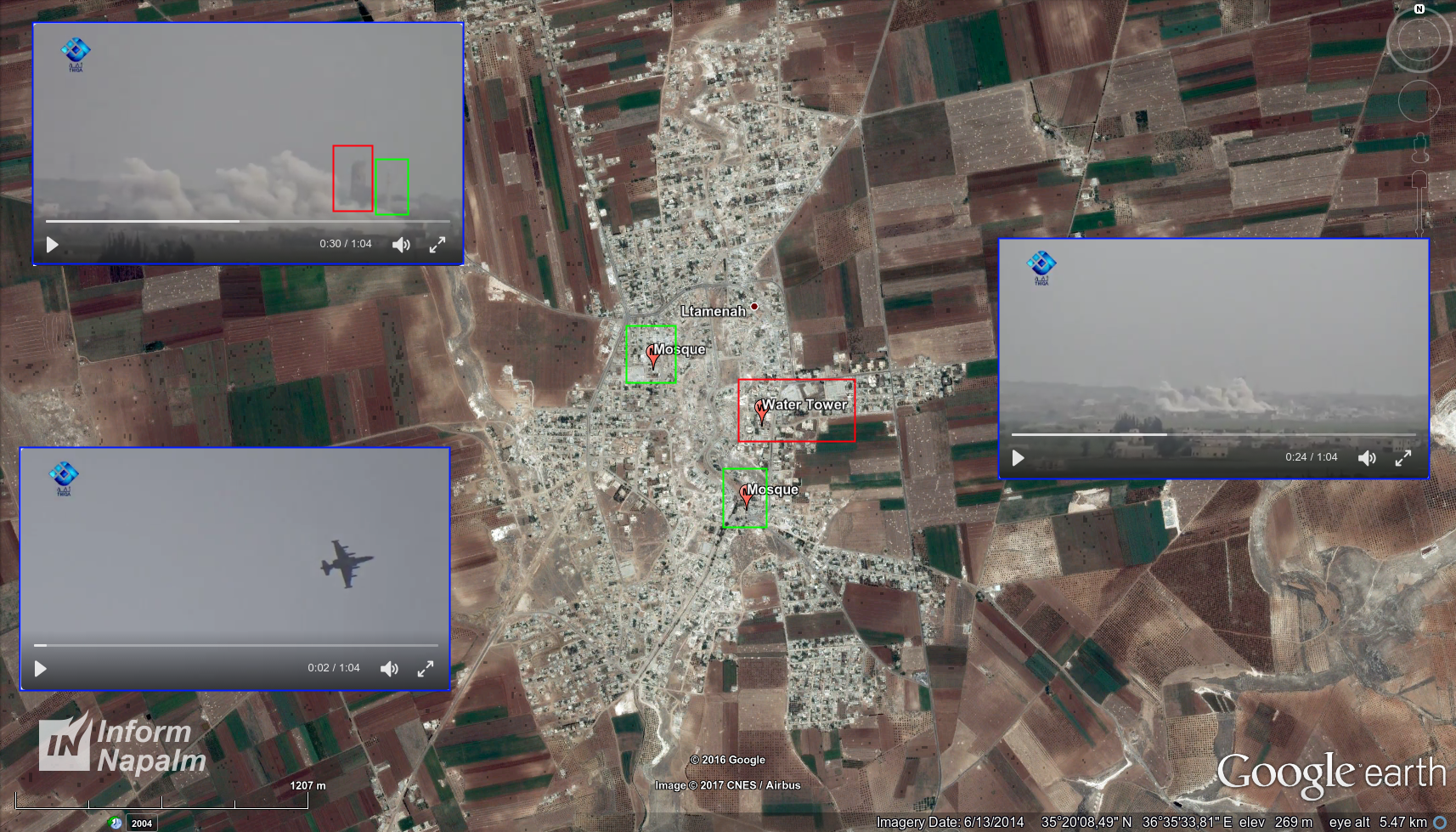 Three days prior, a Russian Su-25 was filmed during an airstrike and the following shelling of Lataminah by a multiple launch rocket system.

By Mikhail Kuznetsov , translated by Translated by  Evgeniy Kalashnik, edited by Svitlana Kemblowski

(CC BY) Information was specially prepared for InformNapalm.org site, an active link to the authors and our project is obligatory for any reprint or further use of the material.