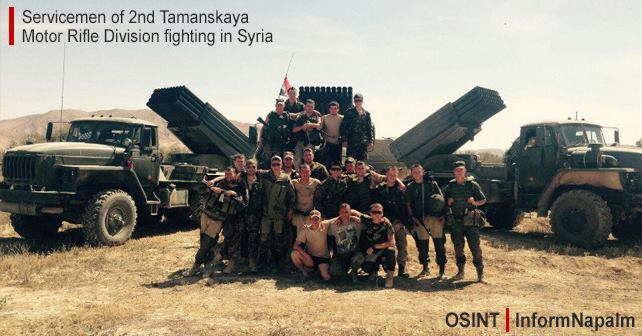 Artillerymen of the 2nd Tamanskaya Motorized Rifle Division of the Russian Armed Forces take part in the fighting in Syria.

Against the background of false statements of the Russian General Staff and the Kremlin leadership about the reduction of the Russian Air Force group in Syria in half, the entire world community observes the opposite. Spring escalation of the situation in Syria was marked with a terrible chemical attack of Assad’s criminal regime and new airstrikes of the Russian assault aviation on peaceful cities. At the same time, the Kremlin stubbornly denies the presence of Russian ground troops in Syria, except for advisers, instructors and Spetsnaz groups. On the contrary, news agencies, including Russian ones, almost every other day report the death of Russian servicemen (officers and contractors) in this Middle Eastern country.

According to the results of the new OSINT investigation of InformNapalm international intelligence community, another division of the Russian army was detected, which Russian military and political leadership sent to military missions to Syria – the 2nd Guards Tamanskaya Motorized Rifle Division (military unit 23626, village Kalininets, Naro-Fominsk Rayon, Moscow Oblast) from the Western Military District of the Russian Armed Forces. In particular, several contract service soldiers from the self-propelled howitzer battalion and the missile artillery battalion from this division, which since 2016 have been rotationally based in Syria, were spotted.

We remind you that according to the results of the previous InformNapalm investigations, 17 military units of the Russian army and navy have been noticed in Syrian deployments.

Below there are names of several Russian servicemen from the 2nd Tamanskaya Division who posted pictures from Syria in their social media accounts. 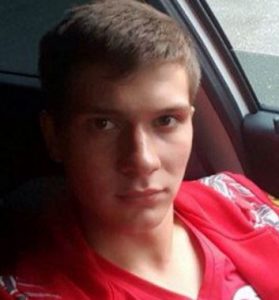 In the meager Lazarev’s album there are only two photos from Syria, loaded in February 2017. 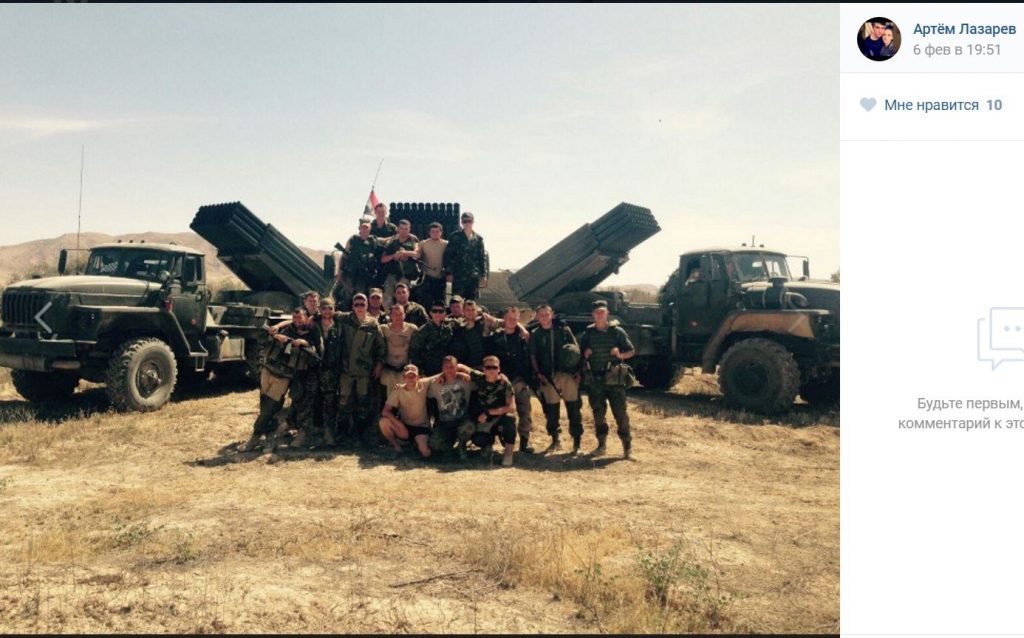 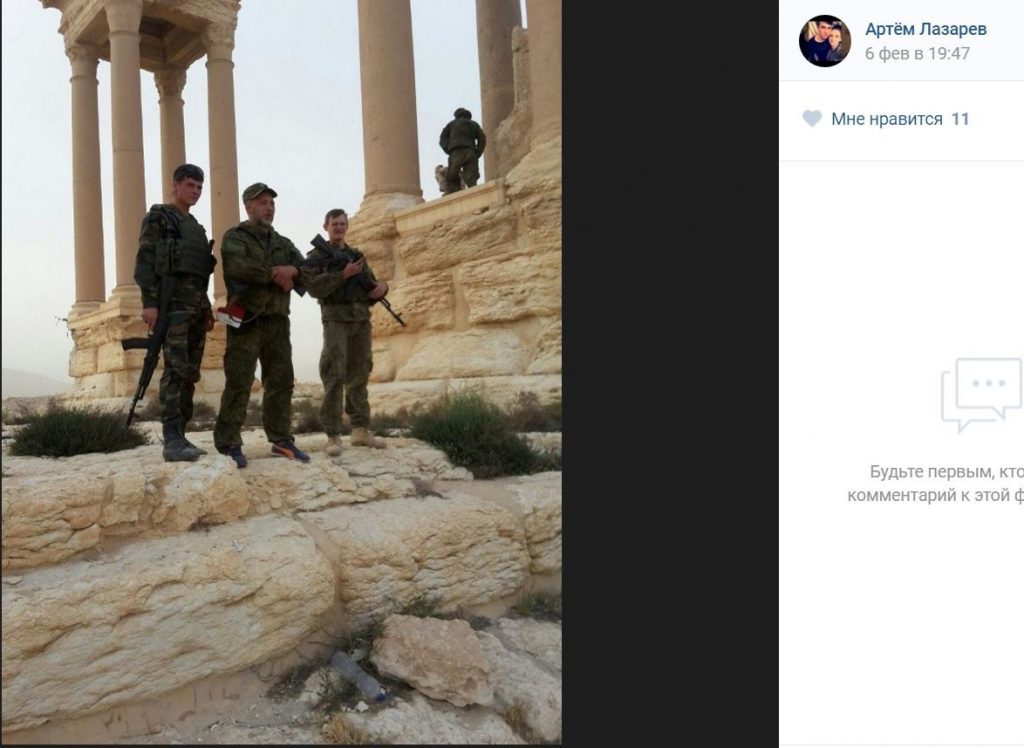 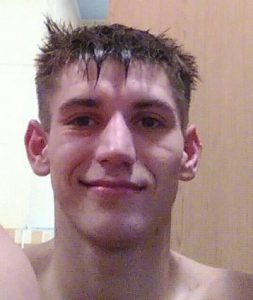 There is acity of series of photos from Syria in Kurakin’s album, loaded in January–March 2017. 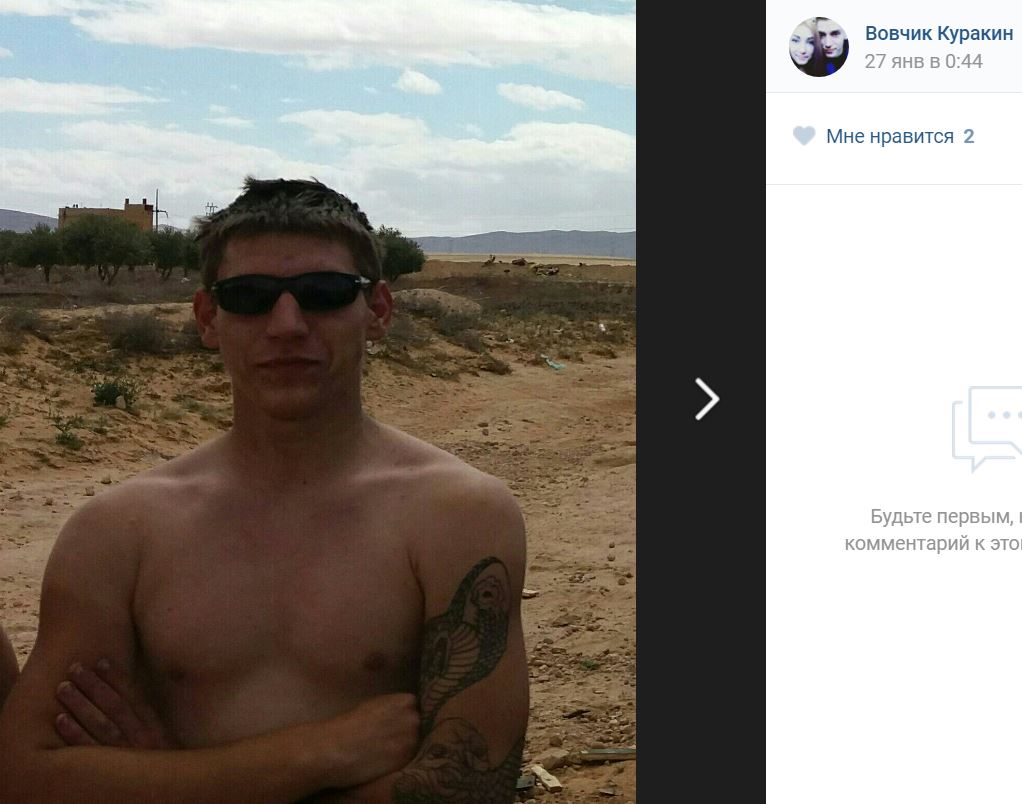 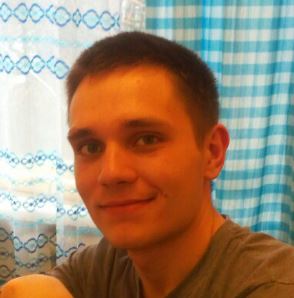 There is a series of photos from Syria in Zenov’s album, loaded in October-December 2016. 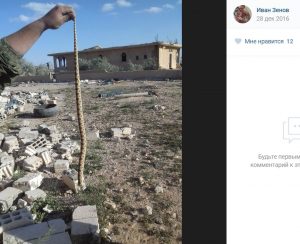 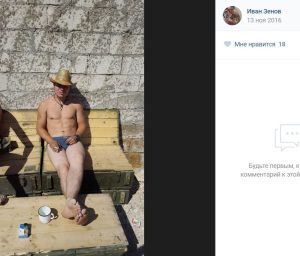 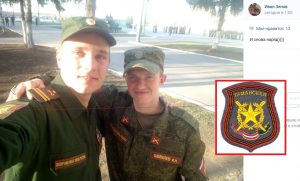 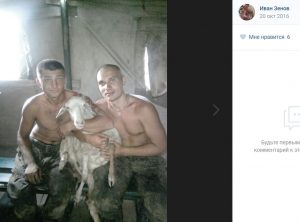 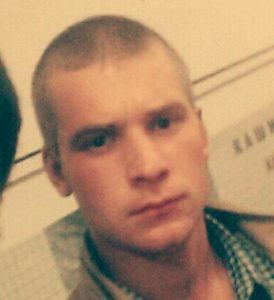 There are some photos from Syria in Gridasov’s album, loaded in April–July 2016, including a photo from April 27 with barrel artillery and MLRS deployed on combat position. 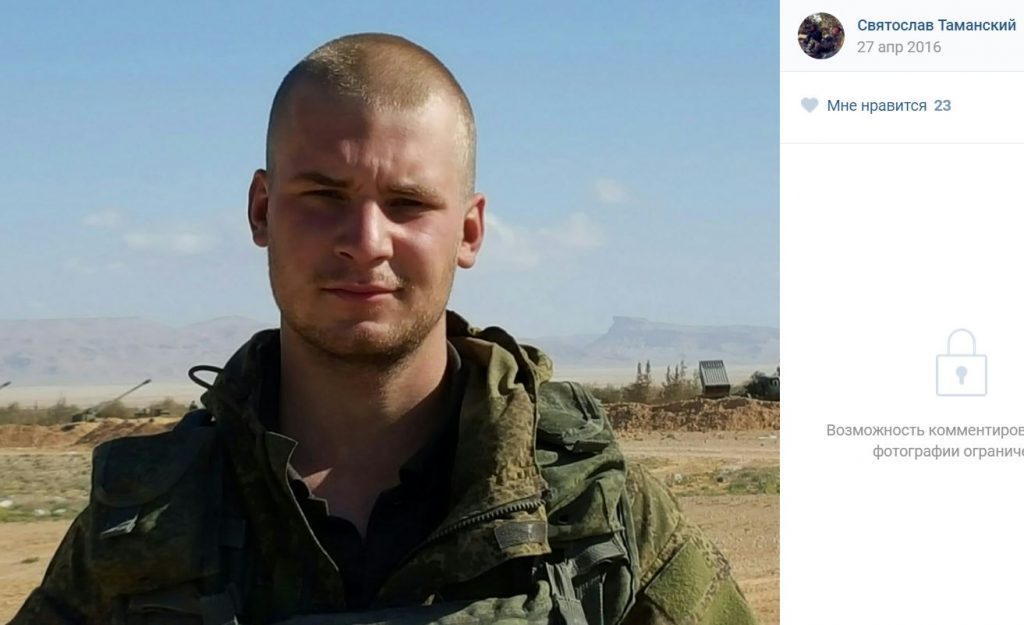 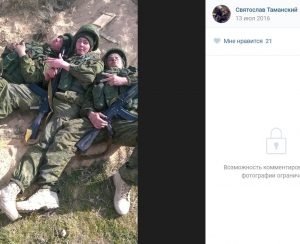 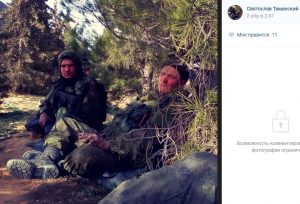 In addition to these artillerymen of the 2nd Tamanskaya Division, photographs of servicemen allegedly from other units of the Western Military District of the Russian Armed Forces were found, who were fighting in Syria along with the “Tamanians”. 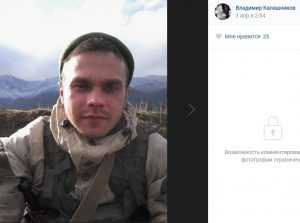 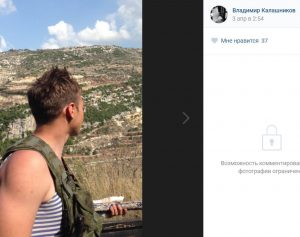 As mentioned before, based on observations of InformNapalm, the patterns of Syrian and Ukrainian deployments are similar for the Russian Army and Navy. The units sent to the combat zone are presented in the form of combined tactical battalion or company groups staffed by contract servicemen. Often troops that are sent to Syria have combat experience gained in the Donbas deployments.

Thus, InformNapalm has already identified 18 military units of the Russian Army and Navy in Syria:

All these units one way or another managed to prove themselves in Ukrainian deployments. Also one should take into consideration units of the Special Operations Forces, GRU, Airborne Forces, military advisers and Russian Air Forces, and of course Russian private military companies (PMC’s) which were deployed to Syria long before other units. In addition, not to omit the secret reserve of Russian special services – militant “volunteers” who previously fought in the Donbas.

The publication has been prepared on the basis of the own OSINT investigation.