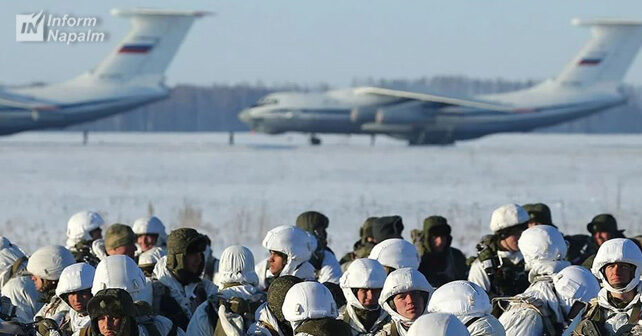 On January 6, Russian military transport planes airlifted servicemen of the airborne special forces of the Russian Army to Kazakhstan. The troops include the participants of the operation to seize Crimea and the aggression against Ukraine. It is expected that the initial deployment will include about 200 Russian soldiers, and other hybrid forces of the Russian Federation will also be deployed. Read more in the publication of the international intelligence community InformNapalm.

CSTO decision as an official cover

According to preliminary data provided by the Avia.pro, Russian soldiers may be involved in clearing operations in the most rebellious cities of Kazakhstan. Later they will be sent to the locations of strategic importance for Russia: the missile defense testing area, the Baikonur cosmodrome, and others.

Earlier, the media reported that the 45th Separate Special Forces Brigade of the Airborne Forces, the 98th Airborne Division and the troops of the Special Forces Center of the Russian Federation Senezh would be the ones sent to Kazakhstan.

According to investigations by InformNapalm international intelligence community, all these units took part in the aggression against Ukraine not only during the operation to seize and occupy Crimea, but also in the hostilities in the Donbas:

It is noteworthy that in 2001, officers of the 45th Airborne Regiment, including Igor Girkin (Strelkov), who is notorious for his role in the events in the Donbas, carried out a series of abductions of residents from the Chechen villages of Khatuni, Makhkety and Tevzeni. Of the dozens of cases, four have been well investigated; the abducted persons are still missing.

“Peacekeepers” of the aggressor country

It is important to note that Russia is using for “peacekeeping tasks” and international exercises abroad the same units that took part in the hybrid aggression against Ukraine. For instance, on November 10, 2020, Russia transferred the servicemen of the 15th Motorized Rifle Brigade (military unit 90600) to Nagorno-Karabakh. InformNapalm had repeatedly observed soldiers of this brigade participating in the hostilities in the Donbas. There is also evidence of their participation in the special operation to seize Crimea.

In addition, in 2021, Russia deployed paratroopers of the 76th Air Assault Division (AAD) of the Russian Army (military unit 07264) to Belarus for snap airdrop exercises near the borders of Lithuania and Poland. InformNapalm’s OSINT database contains numerous evidence of the participation of soldiers of the Russian 76th AAD in the war against Georgia, the invasion of Crimea and the war in eastern Ukraine. It was also documented that paratroopers of the 104th Air Assault Regiment of Russia’s 76th AAD participated in the seizure of drilling rigs belonging to the Ukrainian enterprise Chornomornaftogaz in 2014.

It is also possible that the Kremlin, considering the increased attention of the international community to the events in Kazakhstan, will not dare to openly use Russian military personnel to kill and abduct protesters in Kazakhstan, but will instead use hybrid units for these purposes. Arrivals to Kazakhstan of military transport aircraft from Russia were reported on January 5. At that time, there was no CSTO decision yet, and no troop deployments were publicly announced. Military experts suggest that these transport aircraft could have delivered mercenaries of the Russian PMC Wagner, who not only took part in the hostilities against Ukraine, but also fought in the interests of the Kremlin in Syria, Libya, Sudan, and other countries. The use of mercenaries from Russian PMCs, affiliated with the special forces of the Russian Army and Russian special services, so far has allowed the Kremlin to avoid direct responsibility for war crimes in other countries, hide losses, and solve other delicate tasks, such as military assistance to dictators whose regimes ask Moscow for help. That is, the Kremlin prefers to use mercenaries for all the dirty work, while regular units represent the public side of the peacekeeping activities.

Translated by Max Alginin. Distribution and reprint with reference to InformNapalm is welcome! (Creative Commons — Attribution 4.0 International — CC BY 4.0)