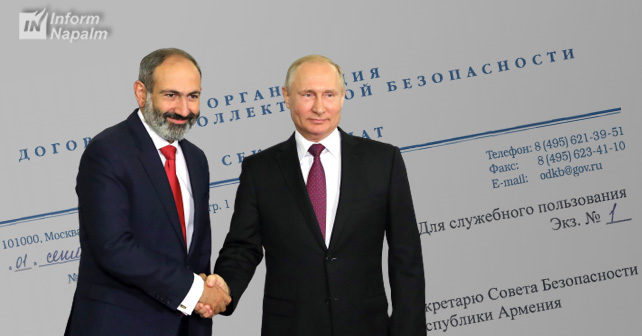 In early October 2020, InformNapalm, an international intelligence community, obtained a large bulk of data from the exchange of confidential correspondence maintained by the Secretariat of the Collective Security Treaty Organization (CSTO), a military and political alliance among the Russian Federation, Armenia, Belarus, Kazakhstan, Kyrgyzstan, and Tajikistan.

In this dataset, our curiosity was piqued by a letter with a copy of the operational objective statement for a command and staff training of the Allied Staff, the CSTO Secretariat, and CSTO member states’ operational teams. The letter dated September 1, 2020, was sent by the CSTO Secretariat to the Secretary of the Security Council of the Republic of Armenia.

The letter described a plan of undertaking a strategic command and staff training (SCST) with the focus on “Preparing Proposals and Developing Draft Decisions of CSTO Bodies for Mustering and Deploying Collective Security System Forces and Facilities in the Caucasian Region” starting from September 15.

Effectively, the letter refers to developing the CSTO’s plan to provide military assistance to Armenia in the climate of the growing threat from Turkey and Azerbaijan. The SCST was supposed to take place in the format of online video conferences. 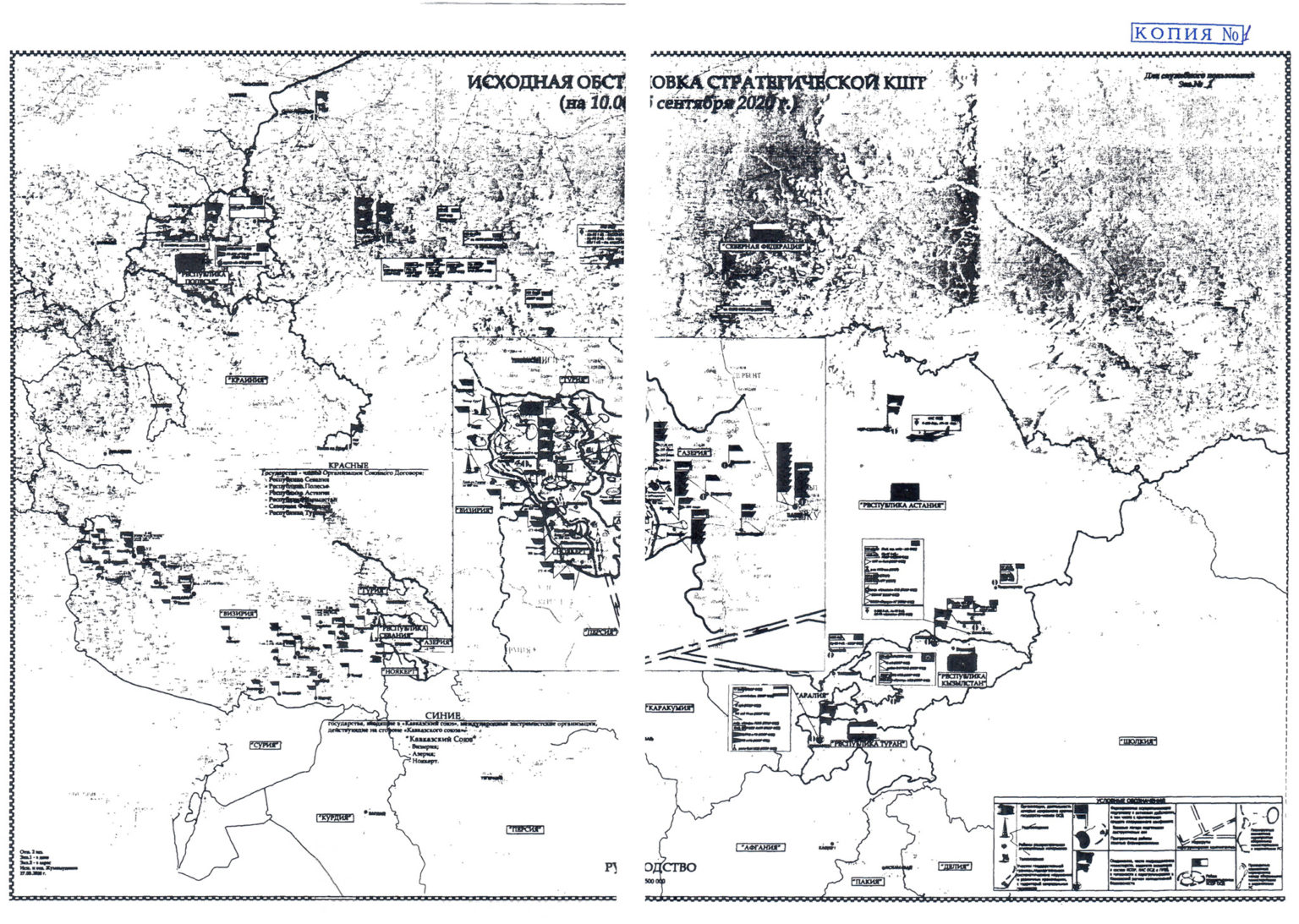 The SCST was likely occasioned by the Turkey-Azerbaijan military exercises that took place from July 29 to August 10, 2020, in various regions of Azerbaijan and were perceived by the CSTO as a threat to Armenia. Notably, the SCST took place two weeks before the escalation of hostilities between Azerbaijan and Armenia in Nagorno-Karabakh.

The operational objective statement’s focus on Azerbaijan’s Nakhchivan Autonomous Republic (designated as the “Republic of Noyakert” in the SCST legend) indicates that the SCST has been initiated in response to the Turkey-Azerbaijan exercises. The entry of Turkish troops into this Azerbaijan’s exclave during the summer exercises impressed the expert community a lot.

Strikingly, the CSTO (effectively, the Russians) produced a pretty awkward assessment of the situation in the crisis area. It relies on a number of propaganda stereotypes to create the air of an excessively dramatic situation. For example, it refers to the opponents’ ostensibly making use of militants from terrorist organizations or mercenaries. At the same time, it is not really necessary at all because both Turkey and Azerbaijan rely only on their regular forces and technological superiority.

Thus, either Russia is trying to use this document to incite fears in Armenia, or the Russian intelligence is deliberately cultivating paranoid ideas of Russia’s strategists by meeting their expectations (anyway, these options are not mutually exclusive).

Now Russia has taken a wait-and-see stance, either unwilling or unable to support its CSTO ally with actions. Whatever the SCST results, the nervous reaction of the Armenian leadership indicates that something went wrong.

It appears that the video conferences were a formality aimed at calming Armenia down by assuring the country of the allied support. In real life, the plans to fend off “Islamist terrorists” from Turkey have proved futile against combat drones made in Turkey…

Perhaps our readers, among whom there are officers of armed forces and military analysts, will be able to study this document in more depth and draw their own conclusions. Please download the PDF file or view it on our website. Actual names of the countries and military alliances codenamed in the text are disclosed at the end of the SCST file.

This publication was prepared especially for InformNapalm. Translated by Oleksandr Ivanov.  Distribution and reprint with reference to the source is welcome! (Creative Commons — Attribution 4.0 International — CC BY 4.0).