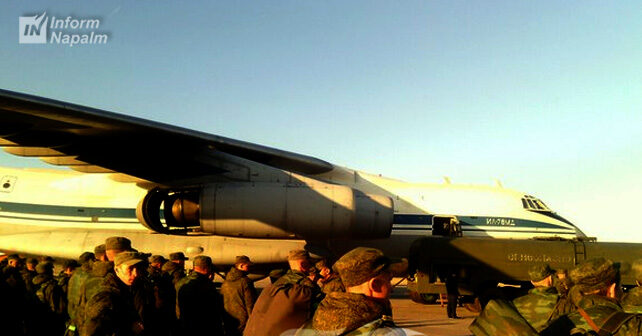 As it became known on November 10, Russian Federation is deploying servicemen of the 15th Motorized Rifle Brigade (MRB) to Nagorno-Karabakh (military unit 90600, stationed in Roshchinskiy town, Samara Oblast). InformNapalm volunteer intelligence community has repeatedly spotted regular servicemen of this “peacekeeping” brigade participating in the hostilities in the Donbas. There is also evidence of the participation of servicemen of the 15th MRB in the special operation to seize Crimea.

As of November 10, 2020, there are 14 OSINT investigations in the InformNapalm database. We have identified the personal data of 37 Russian servicemen from the 15th MRB who participated in the military aggression against Ukraine. Data of 11 of them are presented in the infographics.

From December 2005 to November 2008, the 15th “peacekeeping” MRB was deployed in the zone of the so-called Georgian-Abkhaz conflict. It also participated in the Russian aggression against Georgia in August 2008.

Details of the new “peacekeeping” deployment of the 15th MRB

On November 9, 2020, Russian President Vladimir Putin, President of Azerbaijan Ilham Aliyev and Armenian Prime Minister Nikol Pashinyan signed a joint statement on the complete cessation of hostilities in Nagorno-Karabakh. This agreement stipulates that a Russian military contingent will be deployed in the region as “peacekeepers”.

Russia has already begun the transfer of military personnel and equipment. As of 14:00 on November 10, 14 IL-76 transport planes of the Russian Air Force had already taken off from the Ulyanovsk-Vostochny airfield. The most part of the military contingent which is being airlifted to Nagorno-Karabakh are the servicemen of the 15th MRB.

According to official data, a total of 1,960 Russian servicemen, 90 armored personnel carriers, 380 pieces of automobile and special equipment are planned to be redeployed to Nagorno-Karabakh.

The tasks of the Russian military include setting up observation posts along the Contact line in Nagorno-Karabakh and along the Lachin corridor. To control the operation, the command of the Russian forces is to be deployed in the area of Stepanakert.

It is noteworthy that the day before, on November 9, Russian subunits of the 102nd Military Base, which is stationed in Armenia, were taken out to concentration areas and were expecting a command to participate in the “peacekeeping operation”. Mi-24P helicopters provided close support for the advance of the troops. One of these helicopters was shot down with MANPADS of the Azerbaijani armed forces in the border area over Armenia. Azerbaijan called the engagement “an accident” and expressed its readiness to pay compensation to the Russian side.

No Responses to “Russia deploys 15th Brigade in Nagorno-Karabakh conflict”