Signs of a special operation: Russia is trying to force Ukraine to play by its own rules in the case of the imprisoned sailors 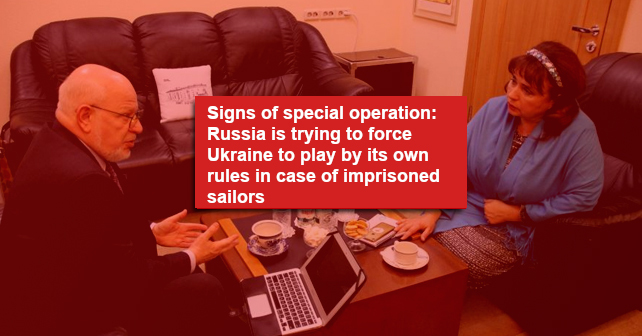 InformNapalm volunteer intelligence community has found signs of another information special operation conducted by Moscow together with its allies in Ukraine against Ukrainian sailors illegally captured on November 25, 2018 near the Kerch Strait.

On February 12, 2019, the Russian ombudsman, Tatiana Moskal’kova, posted a picture on her official Instagram page with the ex-ombudsman of Ukraine Nina Karpachova at the Lefortovo detention center, where Ukrainian prisoners of war are held. 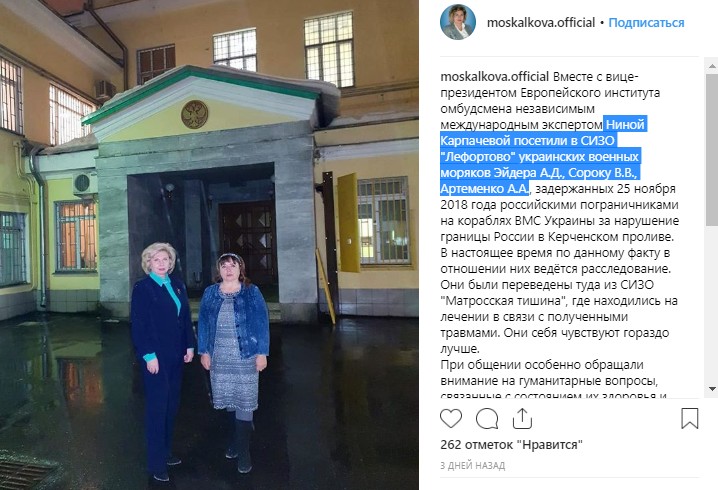 In her post, Moskalkova noted that she and Karpachova visited three wounded Ukrainian sailors.

Interestingly, on February 13, 2019, the Chairman of the Presidential Council for Civil Society and Human Rights, Advisor of the President of the Russian Federation, Mikhail Fedotov, also met with Nina Karpachova. 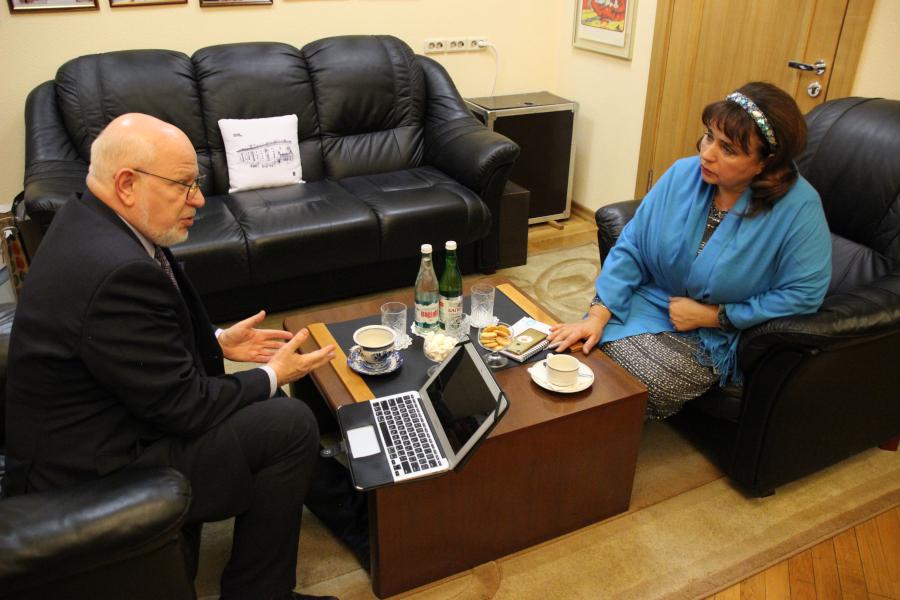 At the same time, Russian authorities have been preventing the current Ukrainian ombudsman Lyudmila Denisova from meeting the captured Ukrainian sailors. This is a curious situation where Moscow is not allowing the current Ukrainian ombudsman to see the sailors, with Fedotov refusing to meet with her, claiming some pressing business, but at the same time Russian officials are demonstrating that they want to talk to Karpachova.

These events began to unfold immediately after the appeals from foreign countries to the Russian Ministry of Foreign Affairs requesting an opportunity for medical examinations of the prisoners by independent experts to confirm the condition of the wounded.

This request has not yet been fulfilled, however, according to our data, the investigator allegedly instructed the management of the Lefortovo detention center to coordinate with the Russian Ministry of Health Federation and to place the wounded in a civilian hospital in Moscow.

Read more: Hybrid business in the pay of the Kremlin: blocking Kerch Strait

It has just become known that the process of discussing the exchange of wounded sailors for several Russian citizens, convicted in Ukraine for terrorist or other unlawful activities has started under the auspices of the Presidential Council for Civil Society and Human Rights, and the Russian Ministry of Foreign Affairs. The list for exchange contains 22 names.

Analyzing the situation, we can conclude that Nina Karpachova could be participating in a Russian special operation playing a role assigned to her by Viktor Medvedchuk, a Ukrainian politician personally related to Vladimir Putin and currently under suspicion for treason.

The scheme they are trying to implement has the goal of reducing the pressure on the Kremlin from the international community. Having a certain influence, Medvedchuk uses Karpachova for negotiations and to isolate the current Ombudsman of Ukraine Denisova from resolving the matter of the Ukrainian prisoners of war.

We urge the leadership of Ukraine and international representatives to carefully consider the possibility of being targeted with such an operation and to increase pressure on Moscow.

Read more: Conflict in the Kerch Strait, Information War, and Destabilization of Ukraine

No Responses to “Signs of a special operation: Russia is trying to force Ukraine to play by its own rules in the case of the imprisoned sailors”