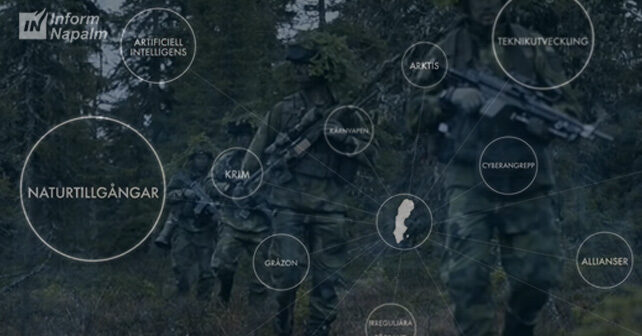 Sweden predicts a potential hybrid aggression by Russia and prepares its population for various scenarios of military conflict in the future. On January 13, 2021, the Swedish Armed Forces posted on its YouTube channel a series of videos under a common title “When the war comes.”

The series contains 5 episodes: “The uncertain future”, “The grey area”, “The Battlefield of the Future”, “The Total Defence”, and “What is worth defending?”. Each video reflects a certain moment of the future hybrid war.

The short videos show the situations that can occur in the event of a military conflict in different regions, including the Arctic. They describe in detail what threats exist, what the level of readiness of the Swedish army is and how hostilities can affect Swedish citizens. Global warming and rising ocean levels, according to the authors, will lead to increased interest in the Arctic and the Arctic Ocean, in particular, as a transport corridor and a rich source of natural resources. World powers will begin to fight for the Arctic, which is likely to affect Sweden. According to military analysts, the war of the future, like Russia’s aggression against Ukraine, will be hybrid in nature.

The videos are subtitled in English.

The Battlefield of the Future | Det framtida slagfältet

What is worth defending? | Vad är värt att försvara?

Scandinavian countries are preparing for a hybrid invasion

Sweden is not the only country on the Scandinavian peninsula that is seriously concerned about the possibility of Russian invasion and hybrid aggression. In 2015, the Norwegian TV channel TV2 released a political TV series Occupied (Norwegian: Okkupert) in the genre of fantasy thriller about the near future. The series consists of three seasons and has gained great popularity among viewers in Norway. Its filming began before the Russian aggression against Ukraine and the occupation of Crimea. The series very accurately portrayed the hybrid and insidious nature of potential Russian aggression.

Sweden has taken on the OSCE Chair

Let us remind you that on January 1, 2021, Sweden began its annual chairmanship of the Organization for Security and Cooperation in Europe (OSCE). In this context, volunteers of InformNapalm international intelligence community remind interested readers that our site has an active  Swedish version

, which is promptly updated and covers events in the war zone in eastern Ukraine, research on the occupation of Crimea, and the Russian military and hybrid aggression elsewhere in the world.

During the work of the OSCE international observers in the US elections, representatives of various countries, in particular, from Sweden, received the English-language guidebook Crimea Behind the Curtain. Guide to the Occupied Zone  which contains exclusive materials on the occupation and militarization of Crimea gathered by the InformNapalm community, as well as other analytical materials on hybrid aggression in Russia collected by experts from the Prometheus Security Environment Research Center.

The book describing the facts of Russian aggression was presented to the head of the OSCE delegation from Sweden Johan Büser, OSCE PA Vice-President Margareta Cederfelt, OSCE PA delegate Lars Thomsson, and others. 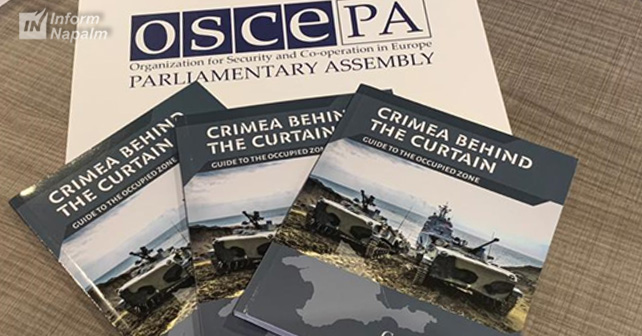