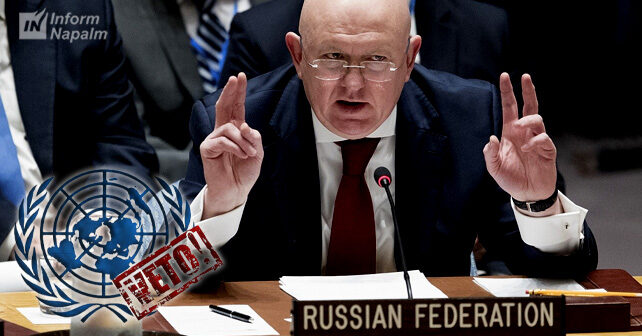 In this feature, InformNapalm volunteer intelligence community presents detailed argumentation as to why the exercising (and abuse) of the veto power by the Russian Federation at the UN Security Council is illegal. The legal analysis was prepared by international law expert Bohdan Ustymenko.

It is well known that the Russian Federation actually inherited the permanent membership of the Soviet Union on the United Nations Security Council, an international organ on whose decisions depend not only the national security of Ukraine and the Black Sea region, but also the security of the entire world. It is this key organ that the Members of the United Nations have entrusted with the primary responsibility of maintaining international peace and security. 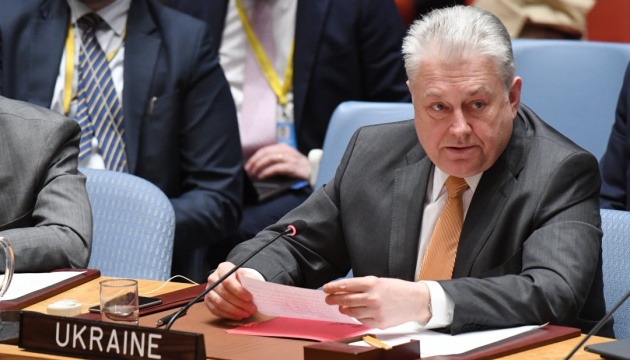 The former ambassador of Ukraine to the UN Volodymyr Yelchenko cited the situation with Russia’s disregard for international law, its aggression against Ukraine, as well as the abuse of the veto power at the UN Security Council. Mr. Yelchenko recalled that Moscow had been pursuing “revanchist policies” and had been using military force against other states since the 1990s, including against Moldova, Georgia and Ukraine [1].

Does Russia have legal grounds to be a permanent member of the UN Security Council instead of the Soviet Union?

Let us figure it out. Let us start with the history of the issue.

At the same time, the current version of Article 23 of the UN Charter [2]

establishes that it is the Union of Soviet Socialist Republics, and not the RSFSR or the Russian Federation, an individual republic, that is one of the five permanent members of the UN Security Council.

Moreover, the UN Charter does not provide for the possibility of substitution or succession of the permanent membership on the UN Security Council of one country by another.

Also the Constitution of the Union of Soviet Socialist Republics adopted on October 7, 1977 [3], among other things, provides for the following:

That is, the USSR was a state in itself. At the same time, each of the Union Republics had its own status of a separate state.

On December 4, 1991, the states that are or were constituent members of the Union of Soviet Socialist Republics and the USSR, as the predecessor state, “…taking into account the need for a radical revision of the entire range of relations between the states that were part of the USSR…”, concluded the Moscow Treaty on succession in relation to the sovereign debt and assets of the USSR (hereinafter – the Moscow Treaty) [4].

For the purposes of the Moscow Treaty, its parties determined that “succession of states” means the takeover of the responsibility for international relations by one state from another on behalf of any territory, whereas “the moment of succession of states” means the date when the successor state takes over the responsibility for international relations from the predecessor state in relation to the territory that is the object of the succession.

According to Article 4 of the Moscow Treaty, the parties agreed that shares of the constituents of the former USSR (please note this particular wording – “the former USSR”) in the total amount of sovereign debt and joint assets are:

It should also be specially noted that the Moscow Treaty does not provide for the replacement of the USSR by the Russian Soviet Federative Socialist Republic in international organizations, including the UN Security Council. 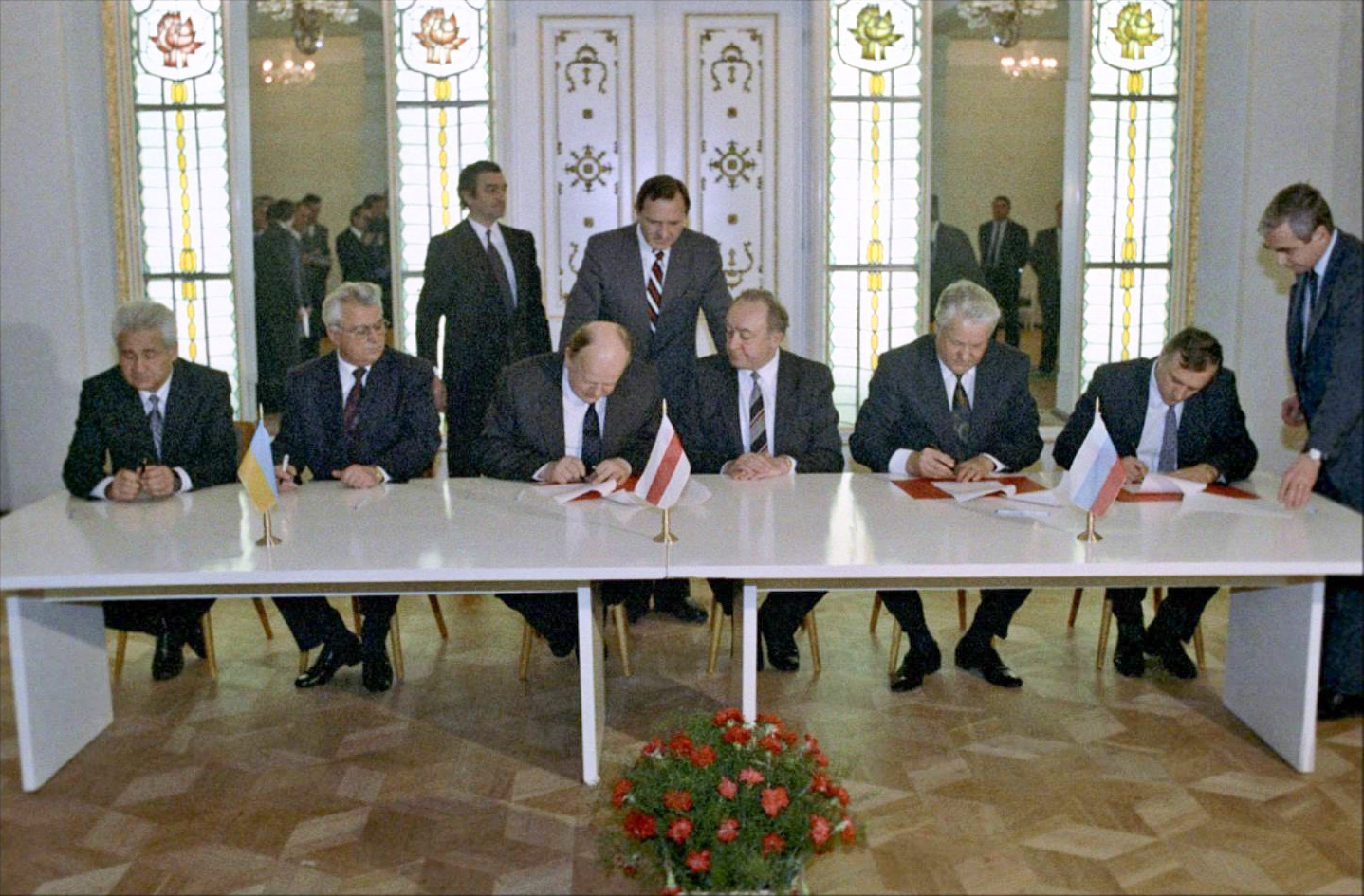 Signing of the Belavezha Accords on December 8, 1991 / Photo by RIA Novosti.

And already on December 8, 1991 the Republic of Belarus, the Russian Federation and Ukraine signed in Minsk the Agreement on the establishment of the Commonwealth of Independent States (hereinafter – the Belavezha Accords) [5].

The Belavezha Accords state that “the USSR as a subject of international law and a geopolitical reality no longer exists.”

In addition, the Belavezha Accords established that Belarus, the Russian Federation and Ukraine guarantee the fulfillment of international obligations arising for the mentioned states out of the treaties and agreements of the former USSR.

In turn, on December 21, 1991, 11 independent states – former republics of the Soviet Union, including the Republic of Belarus, the Russian Federation and Ukraine, signed the Almaty Declaration [6], which once again confirmed that with the formation of the CIS, the USSR ceased to exist. All signatories to the Declaration also guaranteed, in accordance with their constitutional procedures, the fulfillment of international obligations arising out of the treaties and agreements of the former USSR.

On the same day, December 21, 1991, the Council of the Heads of State of the CIS passed a decision [7]  that all the CIS states “…support Russia in succeeding the USSR’s membership in the UN, including permanent membership on the Security Council, and other international organizations…”.

But, as follows from the content of the decision of the Council of Heads of State of the CIS, this document was signed only by 11 out of 15 constituents of the former USSR, without the participation and consent of the Soviet Union itself, following the termination of its existence.

On December 26, 1991, the Council of Republics of the Supreme Soviet of the USSR, with its Declaration No. 142-N [8] , stated the termination of the existence of the Soviet Union as a state and a subject of international law in connection with the creation of the CIS, and, among other things, invited the heads of the Independent States to consider the issue of the succession of the USSR and union-level bodies of state power and administration, as well as on the ratification, execution and denunciation of international treaties concluded by the USSR before the creation of the CIS. That is, Declaration No. 142-N, together with other evidence, confirms the nullity of the decision of the Council of Heads of State of the CIS of December 21, 1991.

So, after a thorough legal analysis of the UN Charter, the Constitution of the USSR, the Moscow Treaty, the Belavezha Accords and the Almaty documents of December 21, 1991, the Declaration of the Council of Republics of the Supreme Soviet of the USSR No. 142-N, as well as other relevant documents, the author comes to the following conclusions:

The legal analysis was prepared by Bohdan Ustymenko , an international law scholar, as well as a specialist in the field of international maritime law.

No Responses to “Russia’s veto power at the UN Security Council is illegitimate. Legal analysis”