Syria: Data on the Russian 960th Ground Attack Aviation Regiment Has Been Tracked 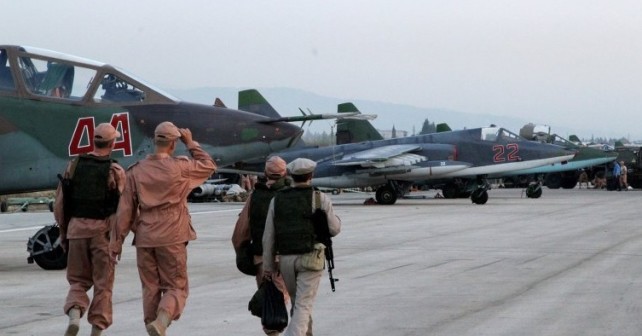 The united Russian-separatist forces continue provocative shellings of the Ukrainian positions, breaking the ceasefire in Donbas. In this regard, the InformNapalm volunteer community continues the cycle of disclosing publications with the personal information about the Russian air forces’ servicemen who participate in airstrikes against peaceful Syrian citizens under the cover of ‘fighting with ISIS’. According to number of international experts and human rights organizations, the Russian air forces attack mostly the positions of Free Syrian Army and not ISIS (in an effort to support Bashar al-Assad) or strike the civil objects (in an attempt to stoke tensions in EU about the refugees flow). As it has been reported by the British embassy in Russia, 85% of Russia’s strikes are against the opposition and Free Syrian Army.

The InformNapalm volunteers have conducted an in-depth investigation of the data on the personnel involved into the Russian military operation in Syria. It is known that the 960th ground attack aviation regiment from Primorsko-Akhtarsk (Russia) participates in the ‘air’ component of this operation. Also the Su-25SM warplane painted in grey camouflage palette colors with ‘red 22’ side number has been spotted taking part in this operation. Based on this input data, our volunteers have gathered additional information about the pilots of this air force unit. 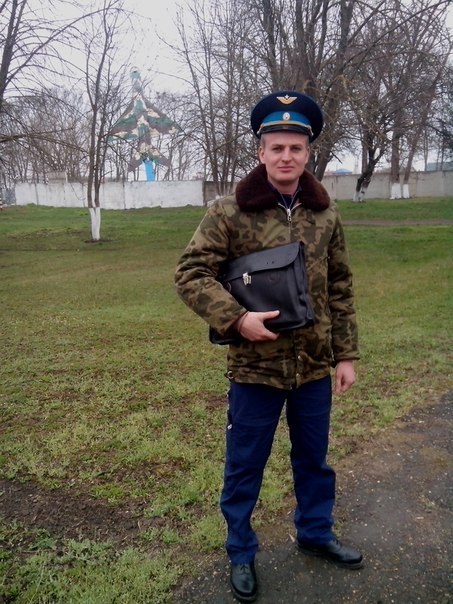 In 2013, being a cadet, he got an assignment to the 960th aviation regiment in Primorsko-Akhtarsk, Krasnodar krai, Russia (Archive). 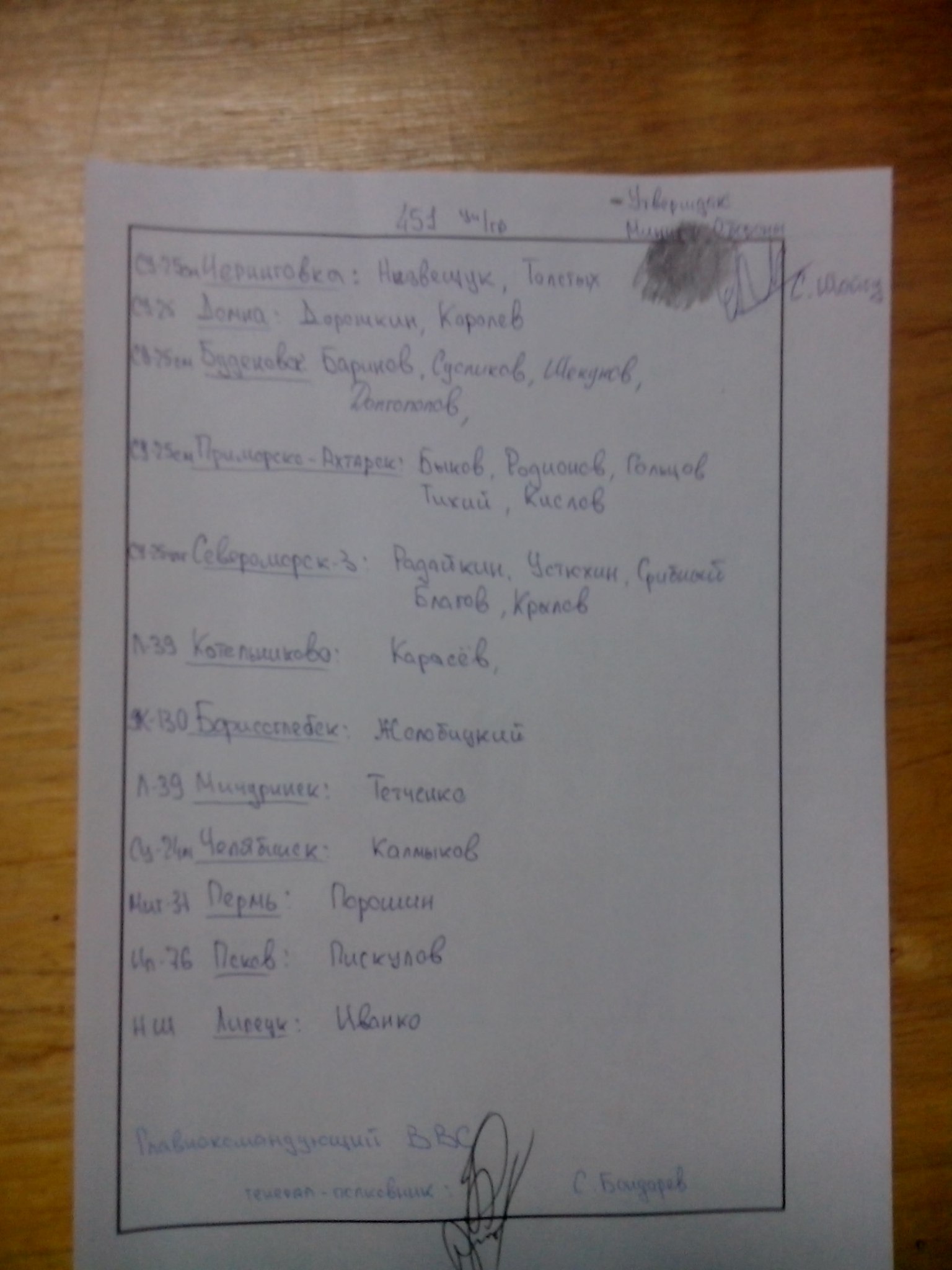 Besides him, the following cadets were assigned to the same military unit:

2. Aleksandr Goltsov uploaded a photo of him in front of the grey colored Su-25SM aircraft with side No. ‘red 22’ on October 23, 2014 (archive). The picture supposedly was taken on the Morozovsk airfield. 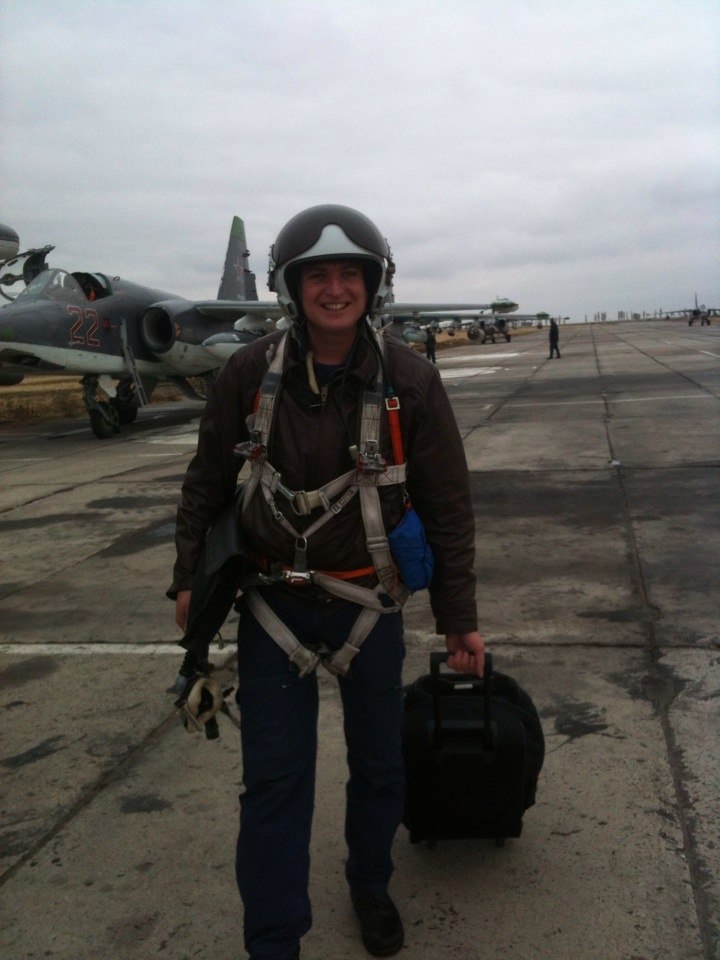 3. Senior lieutenant Mikhail Belevich (archive), the wing commander. He often worked in pair with Goltsov, and both of them took part in ‘Aviadarts’ competition which was a ‘launching pad’ to Syria (‘Two pilots – two planes’ by Red Star). Mikhail Belevich, by the way, cleaned up his VKontakte profile on September 11 – apparently right before the trip to Syria.

4. Thanks to the reporters of the Russian state news agency RIA Novosti, the grey colored ‘red 22’ Su-25SM was disclosed on the Hmeimim airbase. 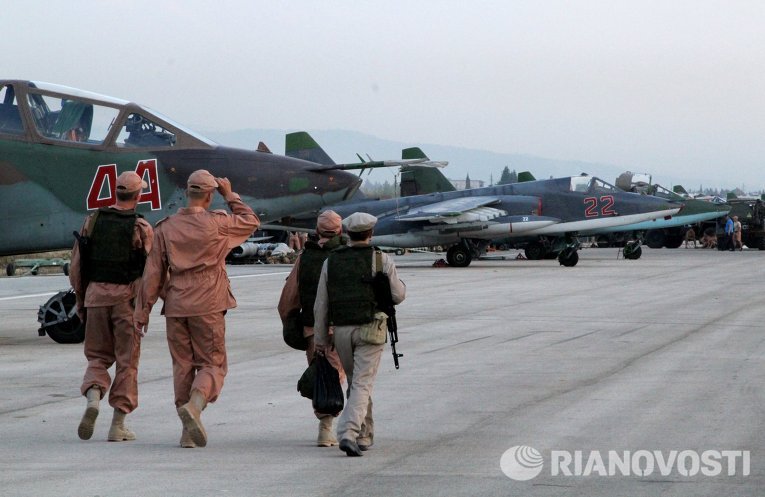 After our series of publications with identification of the Russian air forces’ pilots spotted in Syria, we started to get additional information which hardly could be found in open sources. Thus, 2 our readers, presented themselves as the Russian servicemen who do not agree with the official policy of the Kremlin, provided us with scanned copies of 2 documents from the staff of the 960th regiment. These are the operational crew list and extract from unit commander’s order. Regardless the fact that he documents are from 2008, they still confirm our data gathered in open sources. 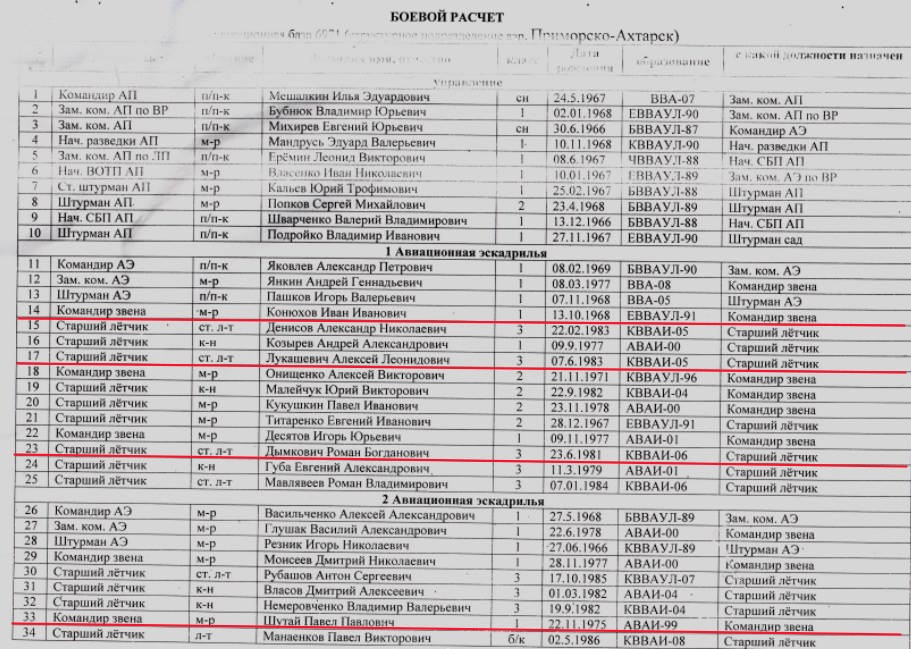 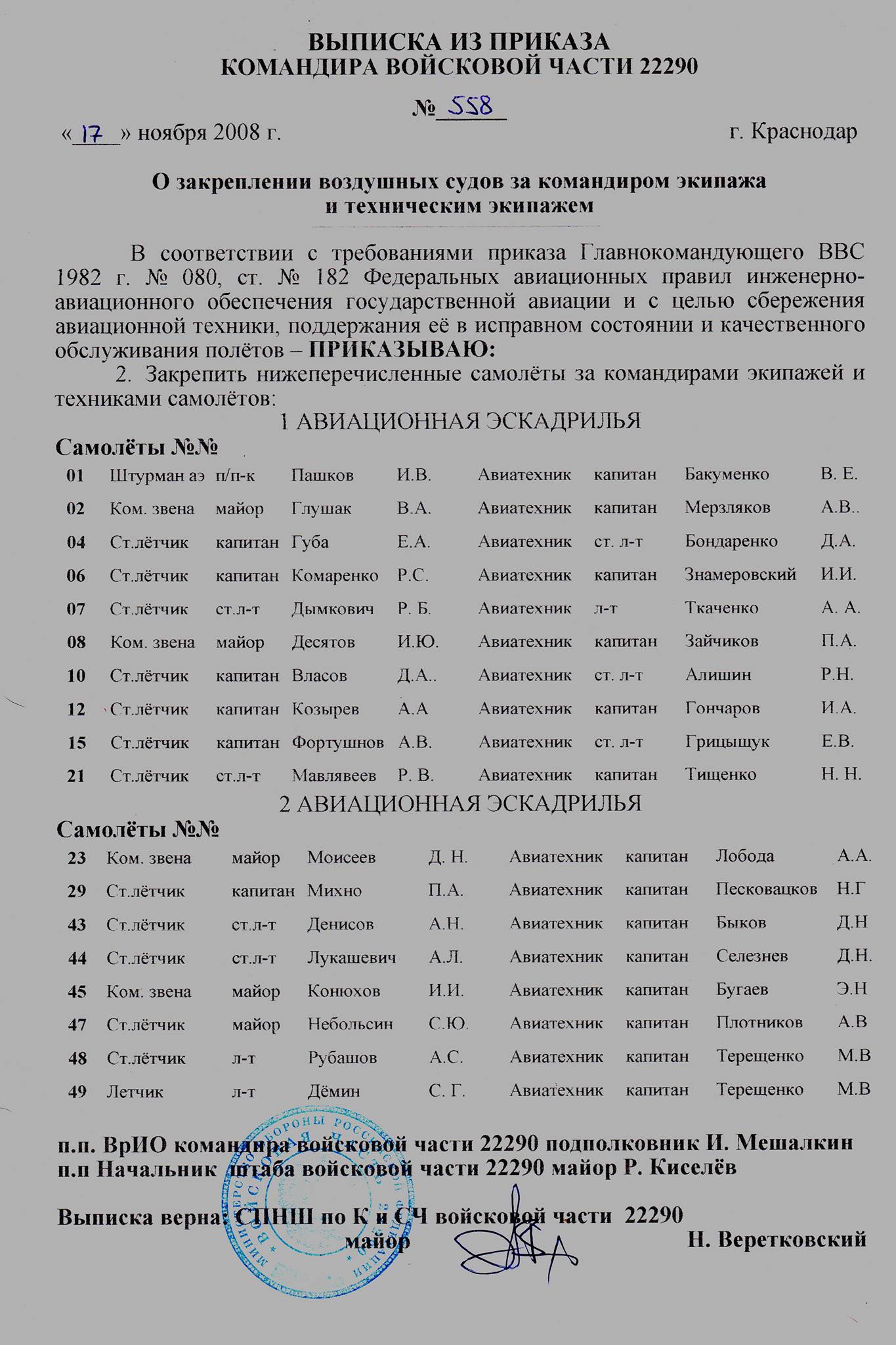 Of course, we have confirmed authenticity of these documents and established the identity of 4 more active Russian pilots using the open sources. 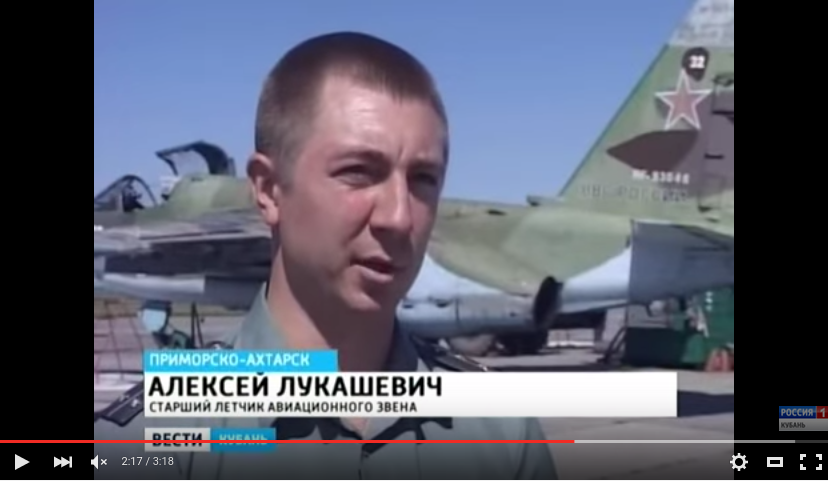 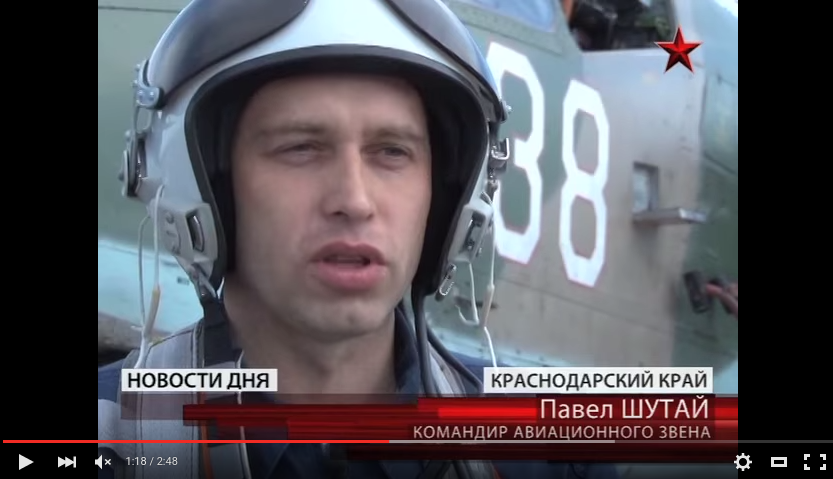 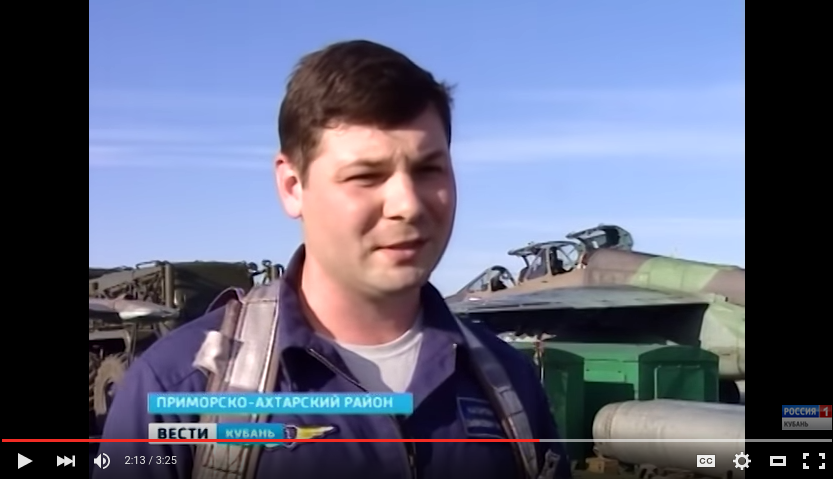 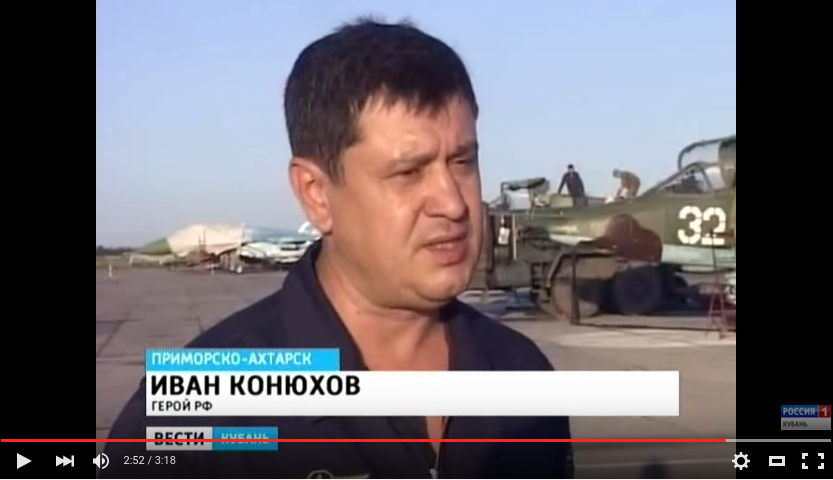 In this way, Russia tries to convince the whole civilized world that it is urgently needed to create a united Russia-West anti-terrorist coalition. At the same time she supports Bashar al-Assad, creates tensions in EU, and funds the united Russian-terrorist forces in Donbas. Who knows, but maybe if the cynicism of the Kremlin’s actions enters a new phase, these pilots will bomb Ukraine instead of Syria naming it the new peace enforcement operation.

5 Responses to “Syria: Data on the Russian 960th Ground Attack Aviation Regiment Has Been Tracked”