The jacket terrorist: another witness in flight MH17 case. 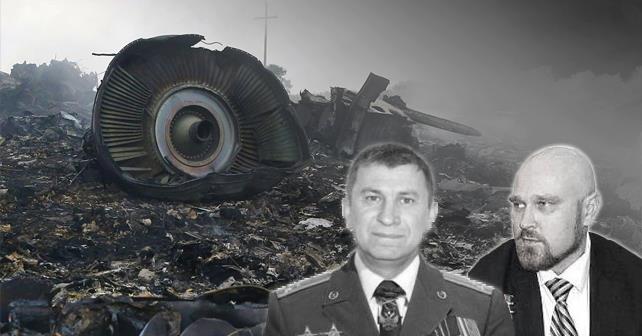 InformNapalm editor’s note: This publication was prepared by Dmitriy Lisunov and Oleh Baturin, Europrostir NGO activists specially for InformNapalm volunteer intelligence community. In this article we are taking a look at another key witness in the flight MH17 case. The previous Europrostir publication dealt with major general Sergey Dubinskiy, a Russian military criminal, who is also implicated in the Malaysian Boeing case.

The jacket terrorist: Another witness in Boeing MH17 case

On the back of the lively media response to our previous article devoted to ex-officer of the Russian Main Intelligence Directorate (GRU) Sergey Dubinskiy (callsign Khmuriy, Russian for “Gloomy”, and Bellingcat’s MH17 crash research team increased attention to that article, we decided to publish information about another key witness in case of the Malaysian Boeing crash. 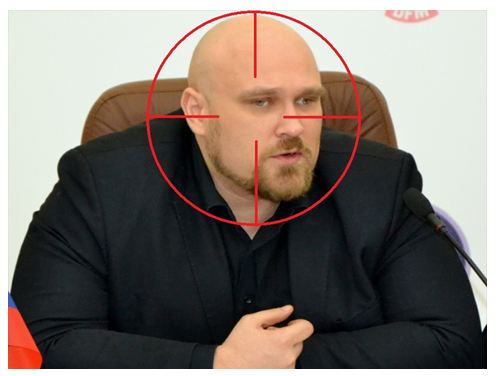 Pinchuk got involved in the failed Novorossia project by the Kremlin curators in March 2014, when he landed at Simferopol airport with a team of ex-officers of the “Ministry of the State Security” (MSS) of Pridnestrovian Moldavian Republic (PMR or Transnistria), led by infamous Vladimir Antyufeyev. The task of this group (one of many) of Russian “invisible servicemen” was obvious – to grab Crimea. Admittedly, they accomplished it…

After Crimea, in the beginning of 2014, Pinchuk together with his supervisor Antyufeyev popped up in the new quasi-state Donetsk People’s Republic (DPR) as the Minister of the State Security. He succeeded on this post Alexander Khodakovsky, the leader of Vostok Battalion illegal armed group. As it would turn out later, Moscow’s bet on Pinchuk was a glaring mistake. Through the actions of his curator Antyufeyev and his own, Pinchuk as the “minister” of DPR would make lots of enemies.

As early as on March, 2, 2015, Pinchuk left Donetsk with a sense of accomplishment, being none the wiser, that Donbas is destined for wretched existence, degradation and oblivion because of such birds of passage, “ministers” for half-a-year. Proverbially: used, abused and refused.

When Pinchuk returned to Moscow, some people quickly found him a place in the sun at the Union of Donbas Volunteers (UDV) as the deputy of Alexander Boroday, a person who implemented Surkov’s strategies in Ukraine. 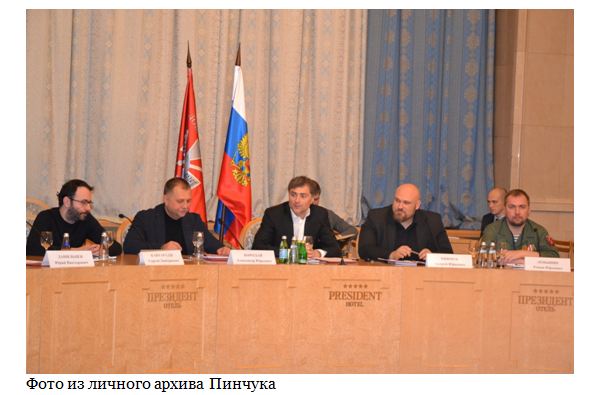 So who is this “security minister”? Let us begin with the draft of his opus Generation of DPR: security outline. The book has not been published. However, the UDV website  says it was to be published in the end of January 2017.

Interestingly, Pinchuk begins the book with this epigraph:

– Are you sure it can be published?

Indeed, why not… We consider this book as Pinchuk’s frank avowal of guilt in war crimes in the territory of Ukraine. Apart from his own deeds in Donbas, the author touches on Surkov’s role in the conflict in the East of Ukraine; and in chapter 5 he describes in some detail the events associated to the Boeing crash. A passage from this chapter is of real interest.

“ … Immediately after the briefing we received the message about the shot down Malaysian Boeing. Vladimir Antyufeyev, appointed earlier as First Vice-President of Law Enforcement, bluntly refused to visit the crash site, announcing that “he must not appear in the public eye in this case”, and  commissioned me to go there. I would have done the same. Additionally, the Prime Minister rushed there, so it turned out that we arrived at the plane crash site together with Alexander Boroday in his car…”

Shrewd Antyufeyev knew that the Boeing had been shot by Russians, and that someone would be held responsible for this atrocity.

Now let us have a look at the biography od our subject in more detail.

Andrey Pinchuk was born on December, 27, 1977 in Tiraspol (the capital of the PMR), citizen of the Russian Federation (he would not want to become a citizen of PMR or DPR for some reason). He is married, has three children. Apart of this, he holds a Ukrainian citizenship and has got relatives in Bilyaivka village, Odessa Oblast.

At first glance, he is a sort of lawyer and economist. But only at first glance. It turns out, our subject is a Russian Federal Security Service (FSB) retiree holding the rank of colonel. 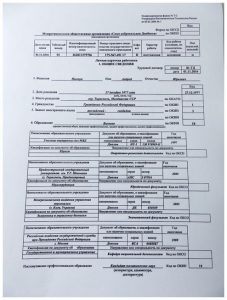 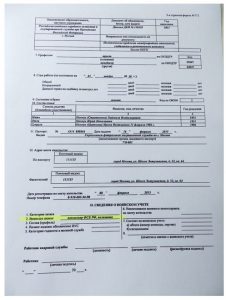 This may seem odd. But the explanation is simple: he is an FSB officer of active reserve (Ed.: the system of “active reserve” has been inherited from the Soviet KGB ). Particularly such men are used by for special missions, they become members of state apparatus and intelligence agencies of different quasi-republics. Professional operatives call such men as Pinchuk the “jackets”, i.e. the officers, who joined the FSB after graduation from a civilian academic institution.

It is known that in 1998 he passed special training course at the National Security Institute of Belorussian Committee for State Security (the heir of the KGB in Belarus). It appears that particularly in 1997-1998 the jacket Pinchuk began his career in national security agencies.

After graduation from Tiraspol Internal Affairs Training School, and up to 2012, Pinchuk served in Ministry of the State Security of the PMR, where he led internal security unit and rose to the Deputy Minister position. At that period he actually became the factotum of Antyufeyev, who helped Pinchuk transfer from the PMR to the Russian FSB.

In 2013-2015 he ran the Security Department at United Engine Corporation, a part of Russian state-owned Rostec corporation. This position is unobtainable for an outsider, but the logical move in a jacket career. Interestingly, that this company is specialized in “facilitating of state policy in development and modernization of Russian industry”. Apparently, Pinchuk was engaged industrial espionage or something similar.

Pinchuk’s eventual fate is well known: the missions to Crimea and Donbas.

And some people in Pinchuk’s circle will ask him how it happened that he could not prevent the data leakage.

In any case, it is just the beginning. Pinchuk’s archives will spur series of investigations. Stay tuned for more publications.

P.S. After leaving Donbas Pinchuk tried to put on an image of a committed Russia world apostle, who accomplished well his task, i.e. created the state security agency for the DPR. In reality he disgraced himself by assets seizing, extortion and killing of civilians. Here is the example from Pinchuk’s archive – the document, which proves that in August 2014 MSS DPR officers, following V. Antyufeyev’s instructions, stole more than one million hryvnias from the National bank of Ukraine vault in Donetsk Oblast.

This publication was prepared by Dmitry Lisunov and Oleg Baturin, Europrostir, NGO.

No Responses to “The jacket terrorist: another witness in flight MH17 case.”