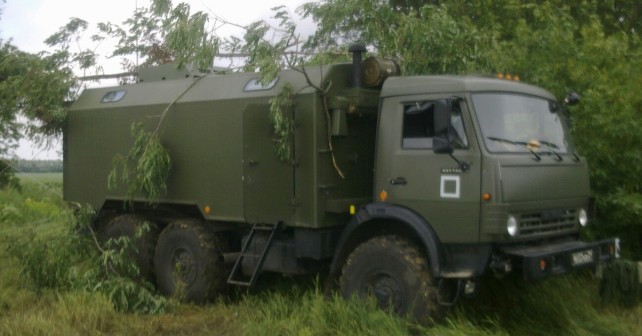 The InformNapalm team has found the photos of the modern Russian ‘Torn’ radio intelligence system on the basis of KamAZ truck. The place where the photos were taken was identified as well: Vzletna str., 11a, Donetsk, Ukraine – a destroyed multi-storey building near the Donetsk airport.

There is no much information about this system in the open sources, just one picture of it is available for comparison. Here is what the Russian news web site Vesti.ru tells about the ‘Torn’ complex in 2013: “It can sense the enemy from the distance of 2000 km” 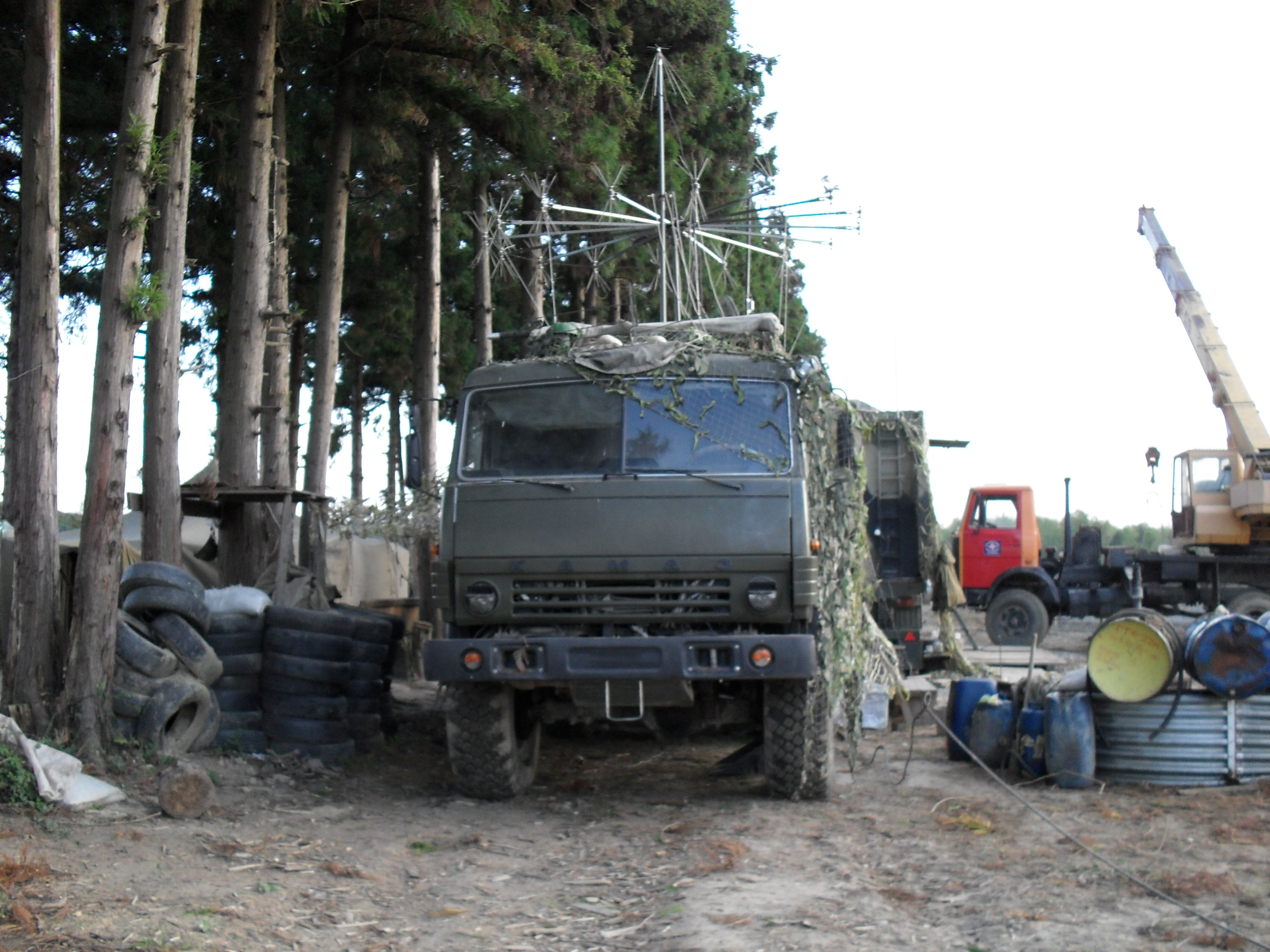 This is the KamAZ truck of the ‘Torn’ radio intelligence complex in front of a destroyed building which serves as a shield for the Russian army in Donbas. You can also see the tank with ‘Somali’ inscription as well as other Russian military equipment with loads of ammunition. 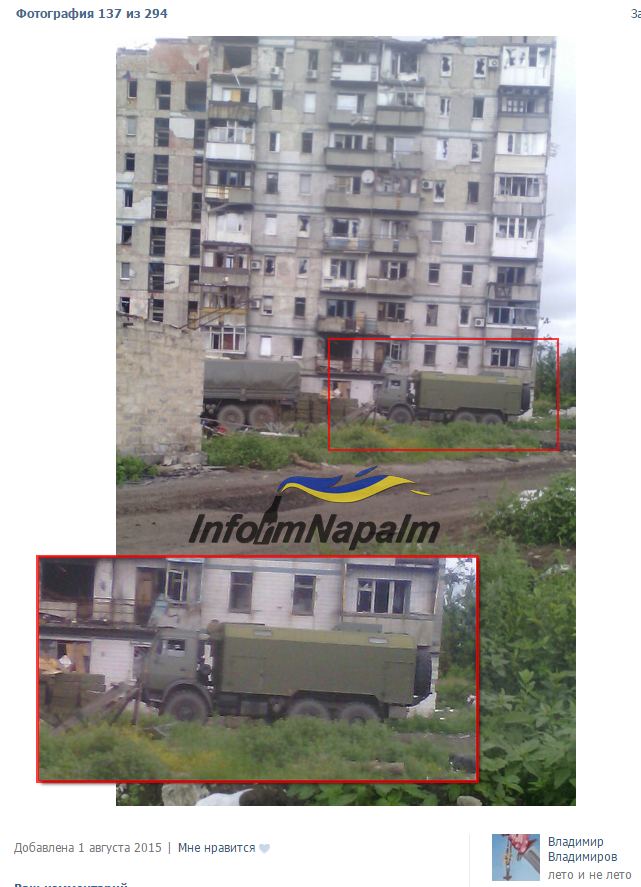 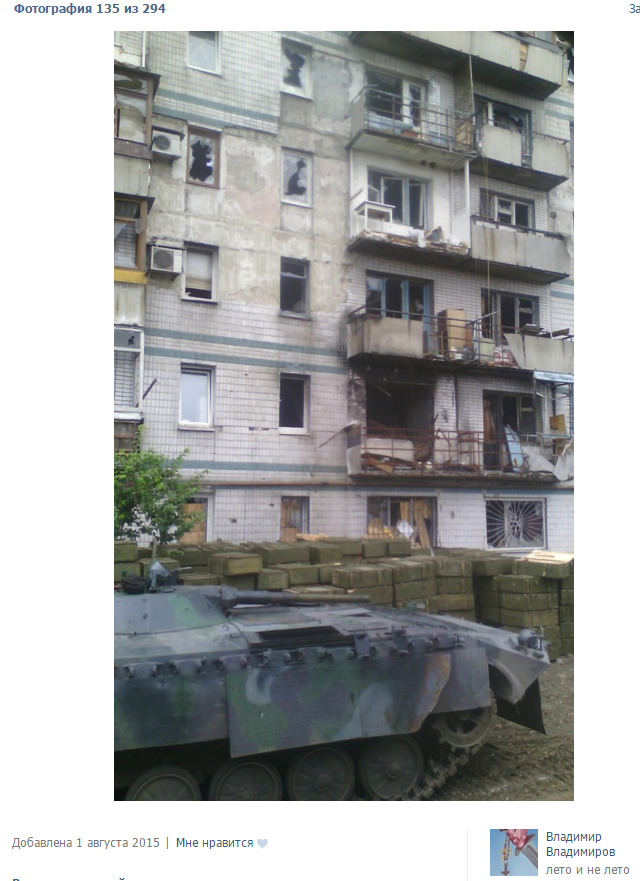 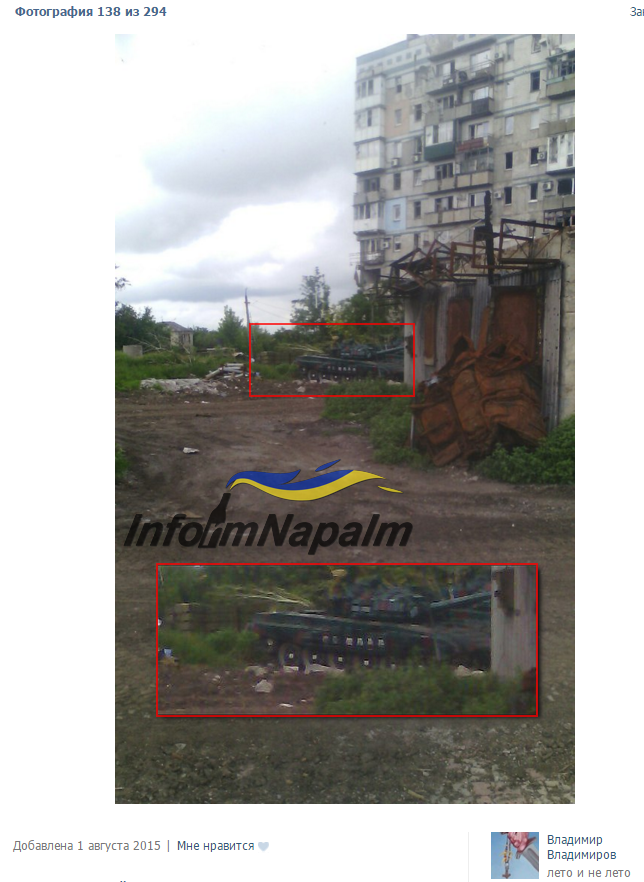 This building can be seen in the video taken by a drone of ‘Dnepr-1’ regiment on August 28. It is located in the territory of ‘Givi’ base. 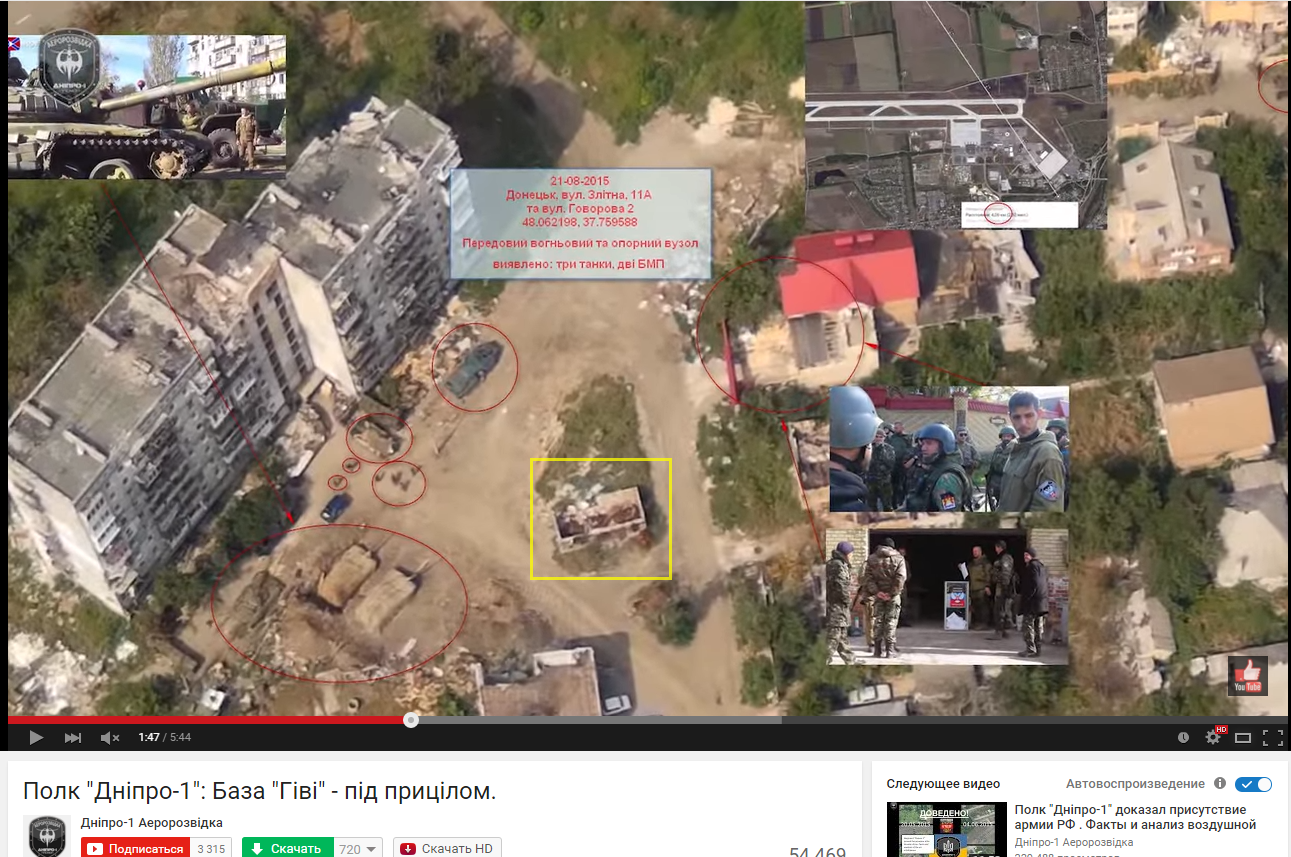 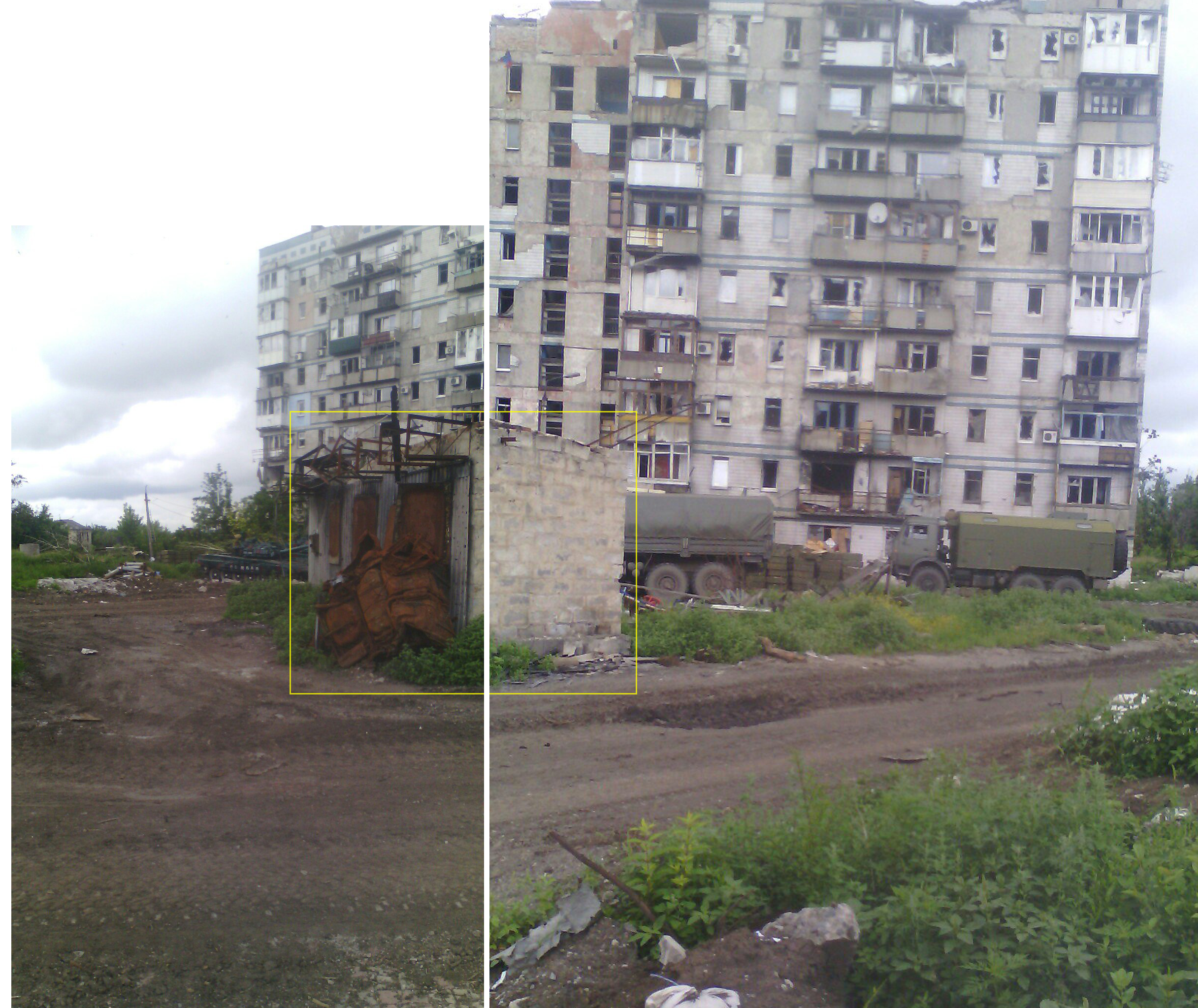 ‘Torn’ complex KamAZ was also noticed in front of stele at the entrance to Donetsk and Debaltseve and in the picture of a road sign ‘Artemivsk – Kyiv – Izvaryne – Rostov’.

Please note that the KamAZ trucks near the Donetsk and Debaltseve steles are alike but not the same, it means there are at least two such Russian radio suppression complexes! 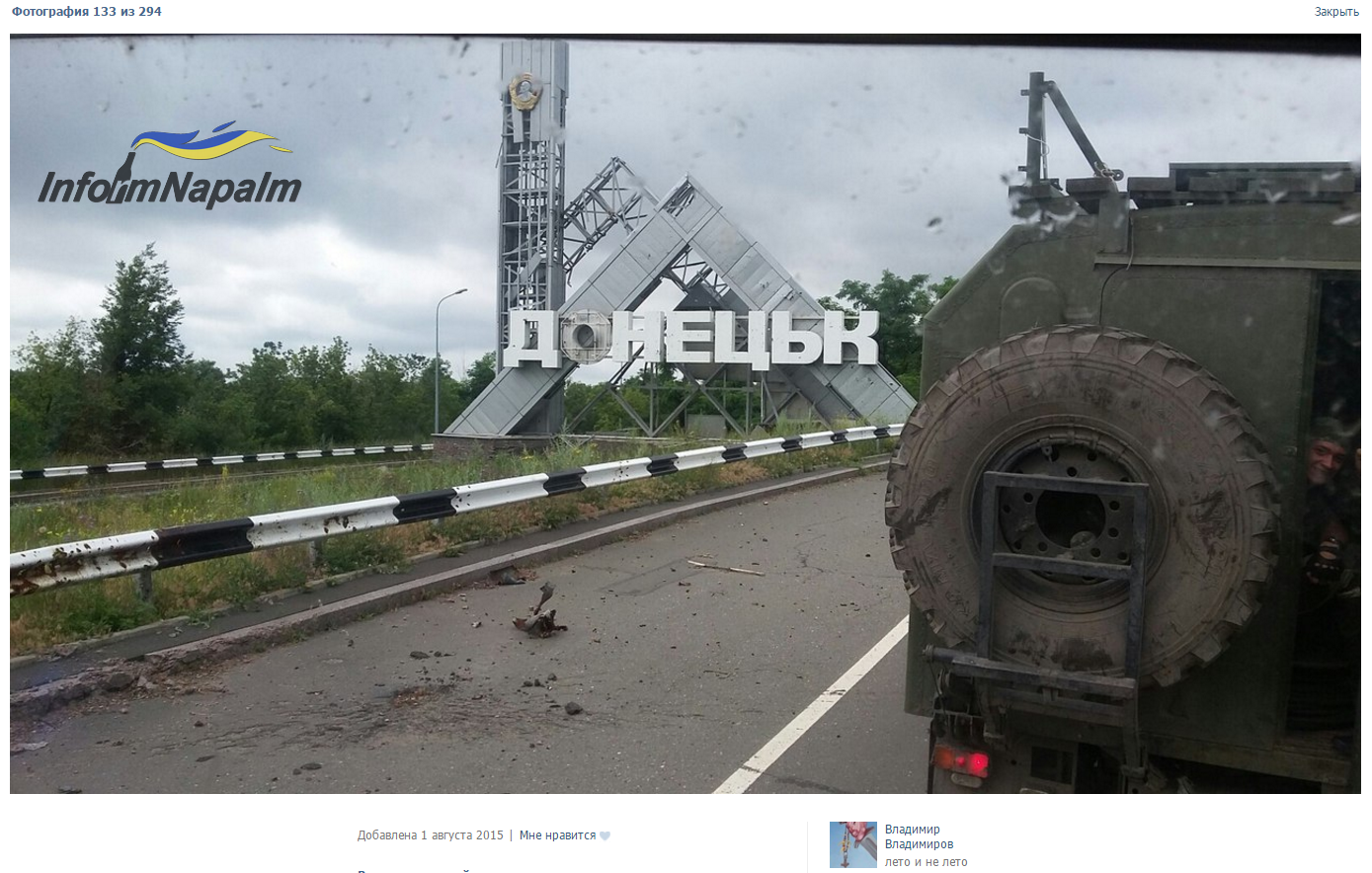 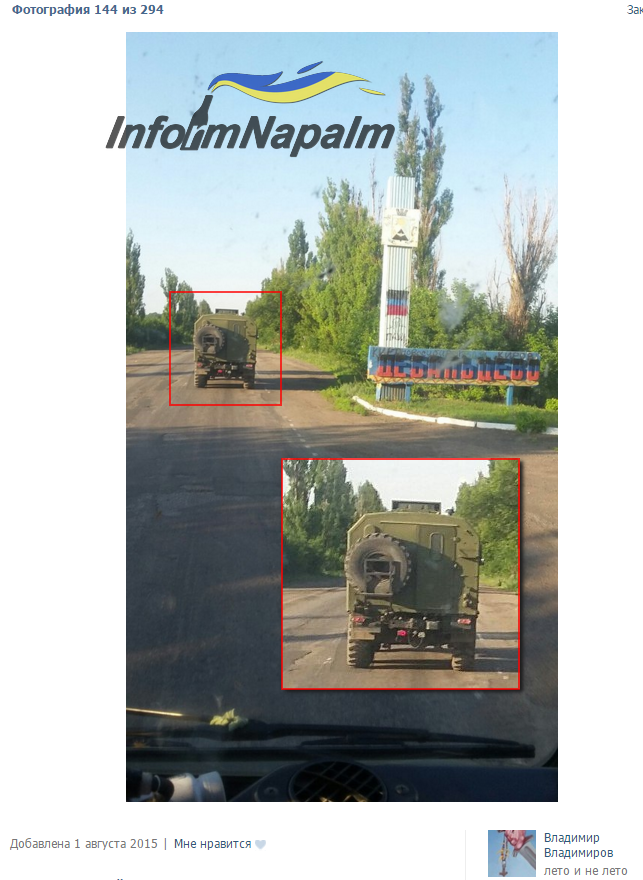 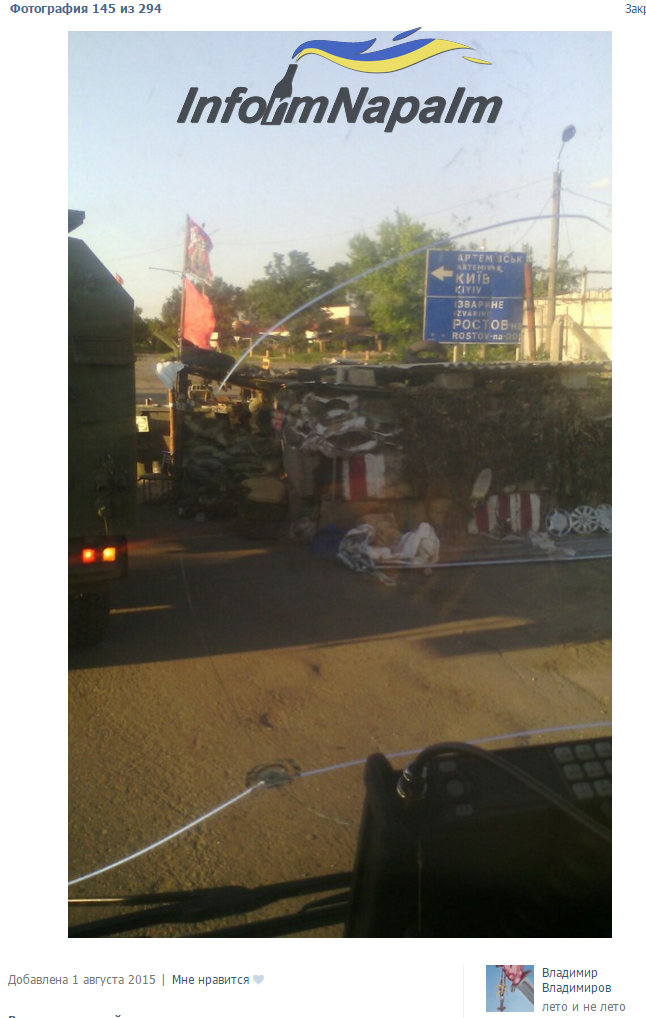 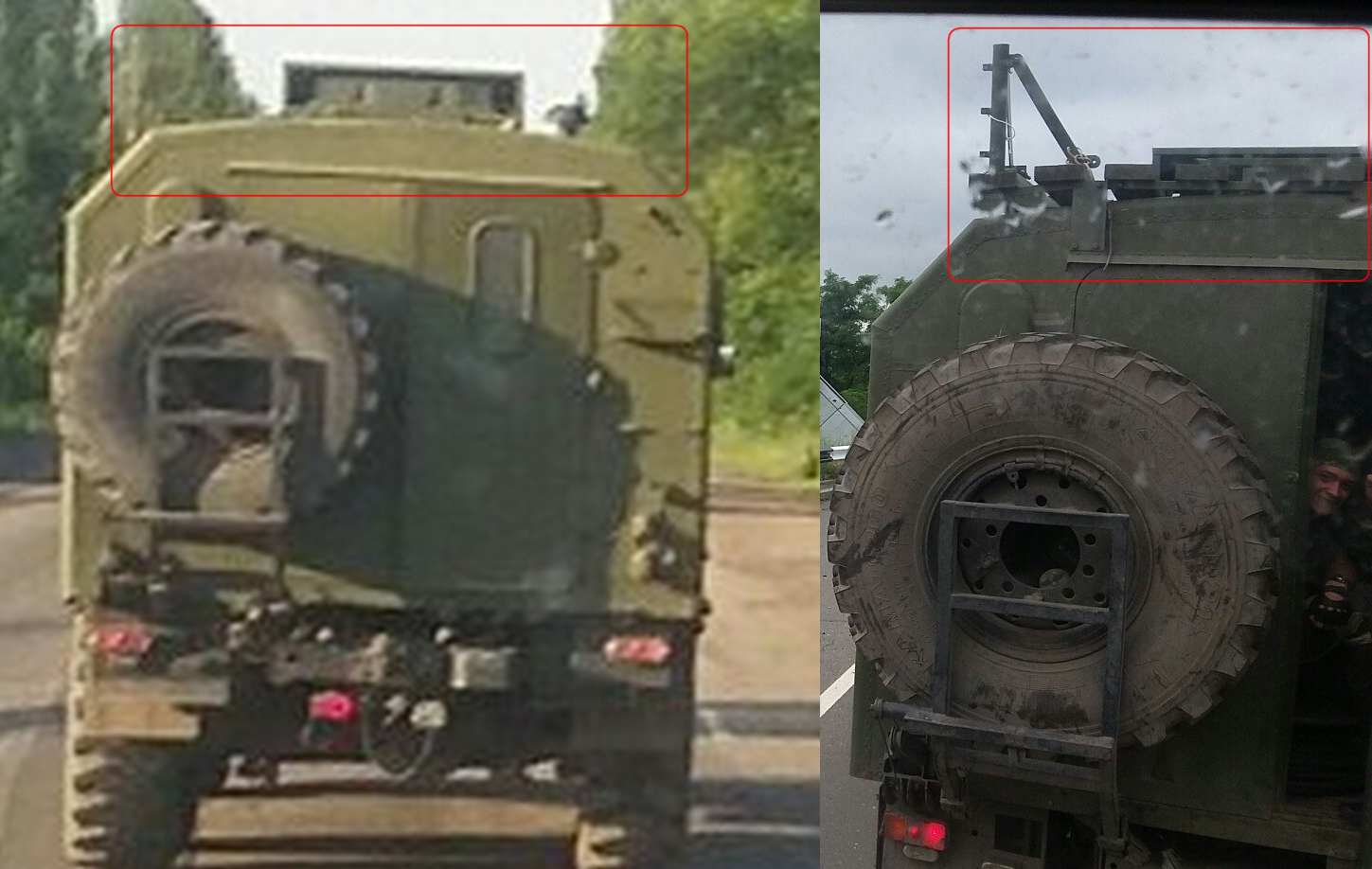 The online profile also contains the photos of KamAZ with the Russian license plate (9653 … region 21) and the tactical sign ‘square on the door’, and the photos of the mounted antennas of the ‘Torn’ radio intelligence complex. But the exact place where the photo was taken could not be identified. 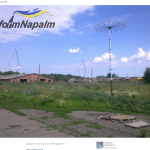 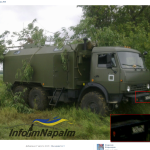 It is noteworthy that the picture of antennas has two ‘power units with the transmission antennas block’ in background – just like the jamming station R-330Zh ‘ Zhytel’ has. The example picture is below. 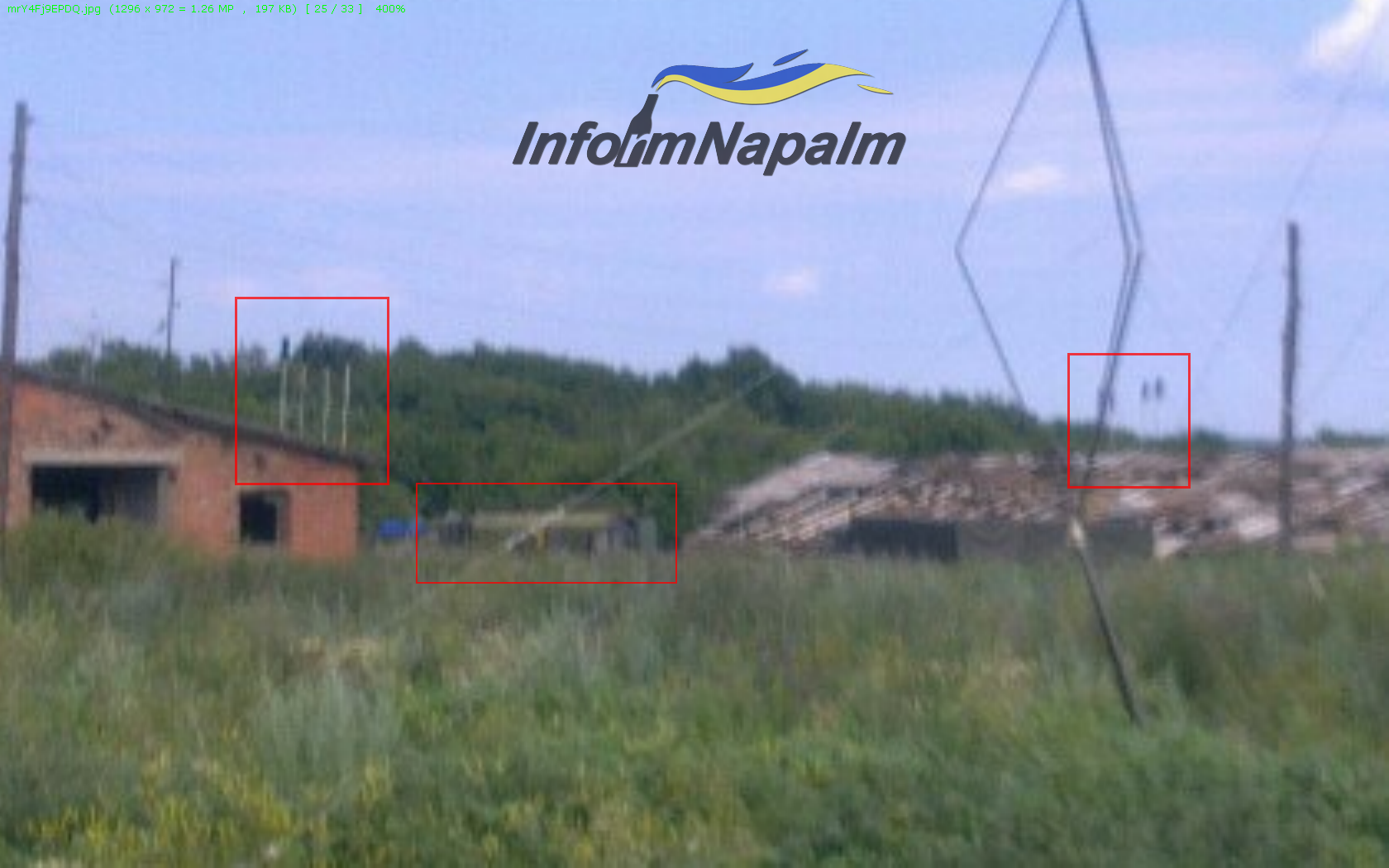 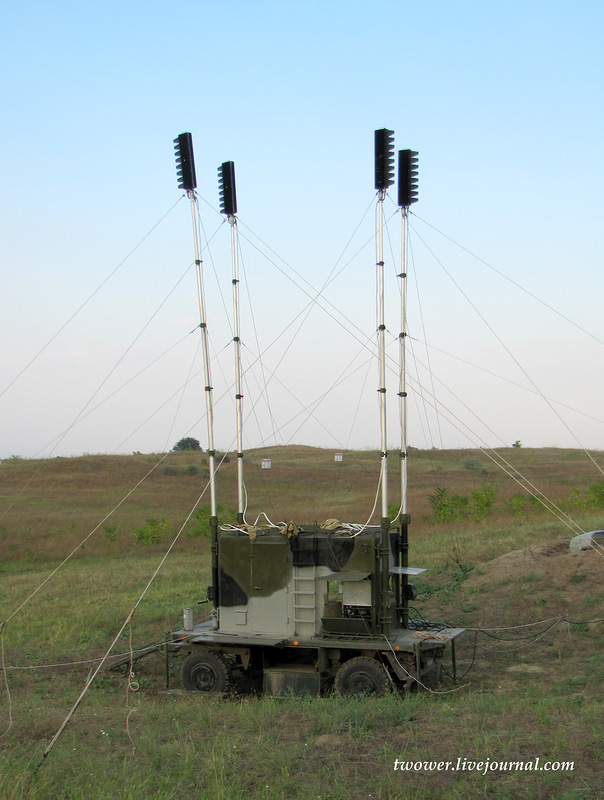 A power units with the transmission antennas block (example photo)

The analysis of the current online profile shows that there are at least 3 out of 30 friends who serve in the military intelligence of the Russian army. And those friends in their turn also contact with a lot of Russian soldiers who were seen in the ‘Prudboy’ training camp near Volgograd, Russia.  One of his friends (Dmitry Agaev) has a tactical sign ‘square’ on a picture of a vehicle, another his photo shows a new shoulder-strap with mentioning the 20th separate motorized rifle brigade. And the 20th brigade is the military unit No. 22220 located in Volgograd, Russia – we have a match.

A couple of friends’ photos: 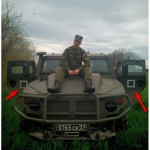 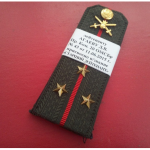 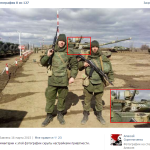 The place where of the picture with antennas was taken is not defined and can be anywhere, even in the ‘Prudboy’ training camp in Russia. But the holes in the walls and the destroyed roofs tell us it is somewhere where the combat actions have occurred. But if the Russians want to prove that the antennas of the ‘Torn’ radio intelligence complex are in Russia, they just need to point at the exact place.

But the fact remains – the latest Russian radio intelligence systems are used in the war in Ukraine!

Let us remind you that the Russian R-330Zh ‘Zhytel’ jamming station location was found on July 1, 2015.