Speculations continue in the world media about the probable production and storage location of the Novichok nerve agent which was used to poison the former Russian GRU officer Sergey Skripal and his daughter Julia in the British city of Salisbury.

The authors of all the sensational publications about the location of the laboratory for the production of Novichok in the Russian Federation refer to the unnamed sources at the British intelligence agencies. InformNapalm volunteer intelligence community respects the human intelligence (HUMINT) methods of investigational journalism, but our community is also committed to maximizing the evidence and facts base with the open source intelligence (OSINT). Therefore we decided to search the open sources on this matter.

What is known from the media

On April 5, the British tabloid The Sun, citing its own sources, indicated a secret laboratory of the Russian Foreign Intelligence Service (SVR) in the Moscow suburb of Yasenevo as a probable production location of Novichok.

The Times followed with its own story on April 6, pointing to a completely different place – a military research base in the closed city of Shikhany, Saratov Oblast of Russia.

We studied the reactions of the Russian side, and the NTV channel provide the most meaningful clues for our investigation (archive).

Let us look into the details.

This looks like the familiar Russian propaganda trick: if caught red-handed, or if there is a version hitting close to the mark, try to throw confusion with lots of alternative versions. Looking into this matter, we understood that it was the first version the Russian side wanted to deflect attention from. Here is our reasoning.

Where and why should we look for the Novichok laboratory? InformNapalm’s version

We excluded the version of The Times for a number of reasons, one of them being the nature and content of the response in the Russian media which looked rather deliberate.

All these considerations do not exclude the location of the laboratory in Shikhany, but they do put it in question. Moreover, the development of a toxic agent (TA) is just one of many stages in the production cycle of a chemical weapon (CW). They could have actually developed an appropriate production technology (process chart) in Shikhany, but it makes little sense to develop or produce the TA for subversive or terrorist operations abroad at a large military laboratory.

Such operations requite very small quantities of TA, measured in grams, and the production location must be kept strictly secret. At the same time, a process chart can be transferred to any enterprise having the necessary production facilities. Thus, Novichok could have been made anywhere in Russia, at any closed facility immune to international inspection. And it looks like this facility was indicated by The Sun. But the tabloid made a minor geographical error. InformNapalm decided to check the original version in order to confirm or refute it.

Foreign Intelligence Service and other clues

The Sun was the first to mention a chemical lab in the Moscow suburb of Yasenevo. However, the tabloid did not report the exact location of the facility, but claimed that the lab belonged to the Foreign Intelligence Service (SVR) of Russia. InformNapalm volunteers researched the maps and came to the conclusion that there are no such facilities in the residential area of Yasenevo. However, next to Yasenevo there is a settlement of Sosenskoye, home of the military unit #36606 located in the Butovo forest park. The compound is a SVR facility (coordinates).

This is a large and well-guarded campus belonging to the SVR. We assume that the lab for the production of the toxic agents could be located there. The satellite images show an on-site storage area for the excavated soil, which indicates that there is an underground construction going on nearby. The volume of excavated soil is considerable. In recent years, this military unit has also been building new on-ground facilities, e.g. the installation of a water cooling system for a large new data center has been completed there relatively recently.

Let us look into the reasons why Novichok could be produced at this SVR facility. There are unique photos of the facility dating to 2016 in this blog (archive).

Having flown over the compound in a helicopter, the blogger remarked:
“This is the most secret place in Moscow. The headquarters of the Foreign Intelligence Service. You cannot see it from the ground, everything is surrounded by a dense fence and impenetrable forest. But there is some interesting architecture hiding there. The SVR is expanding and growing, two large buildings are under construction on the grounds. There are parking lots for employees. I had no idea that we have so many spies.” 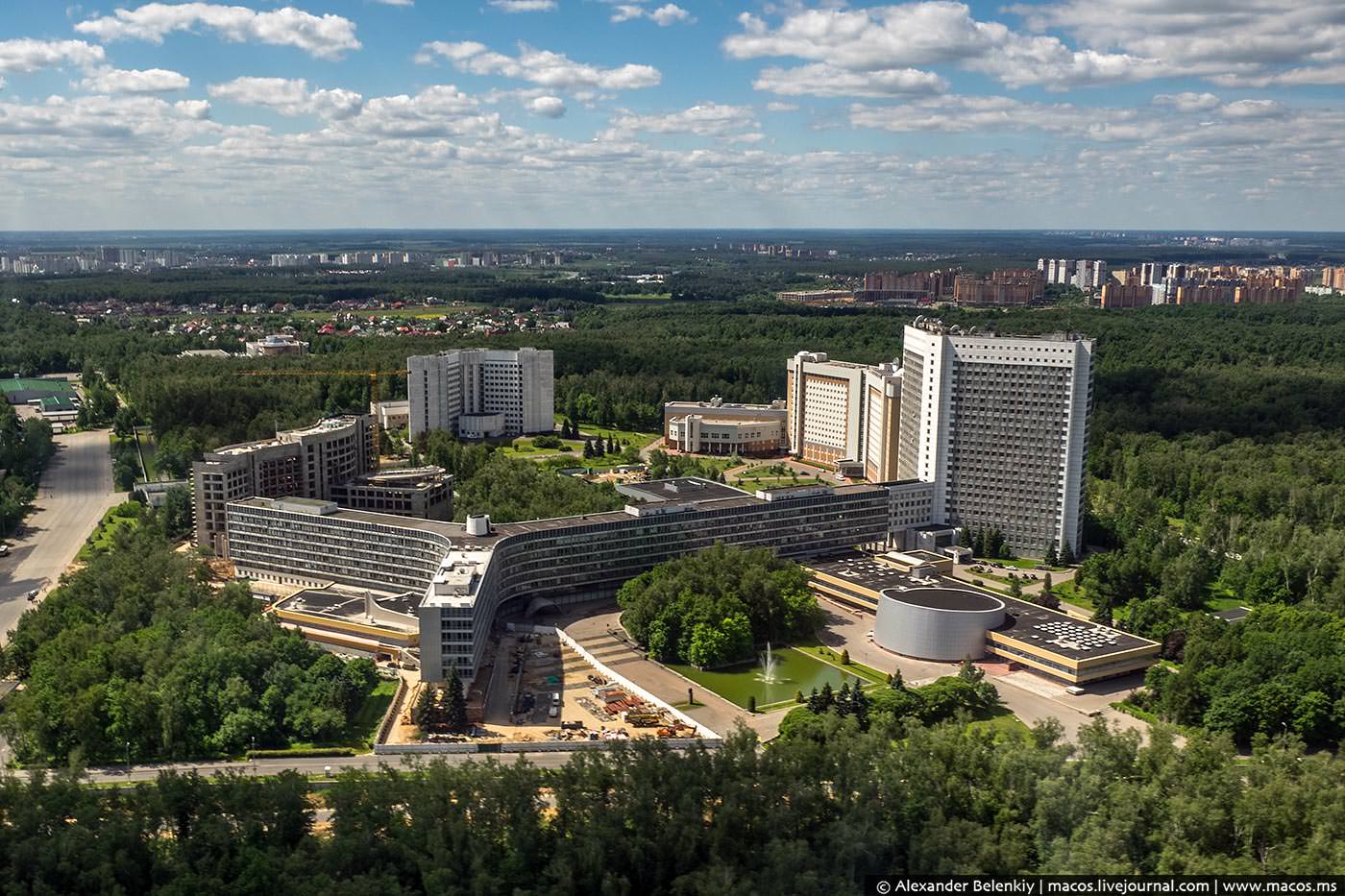 The laboratory producing the Novichok nerve agent could be anywhere in Russia, but the traces in open sources as well as the reaction of Russian authorities and media suggest that the original version of the British tabloid The Sun hit the closest to the mark. We are aware that our reasoning is based on indirect evidence, and we are in no position to pronounce any verdict. However, the purpose of this investigation has been to raise some key questions and make assumptions that could be of value for the professional intel community.

After all, a butterfly flapping its wings in one part of the world could cause a tornado in another.

The analysis was prepared by Kuzma Tutov and Andriy Lysytsyn especially for InformNapalm. Translated by Andrii Gryganskyi, edited by Artem Velichko

No Responses to “Where the Foreign Intelligence Service of Russia hides Novichok: InformNapalm mapping probable locations”