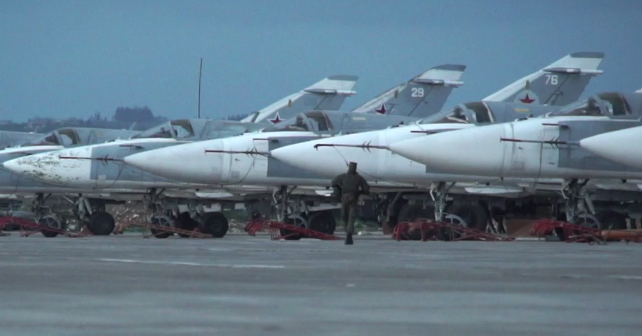 The Russian publicity gimmick for a withdrawal from Syria is a deceptive maneuver. On March 14, 2016 Russia surprised the world by starting the withdrawal of its troops from Syria.

President Vladimir Putin declared that the majority of the Russian forces would pull out of Syria because Moscow had managed to make it possible for Assad’s army and its allies to turn the war in their favor. In September 2015 Russia deployed fighter jets, warships and about 4,000 soldiers to protect its military facilities as well as supporting Bashar Assad’s army militarily. In November last year, Russia also deployed S-400 missile defense systems as Turkey had shot down a Russian Su-24 as a response to a violation of Turkish airspace [the pilot died]. 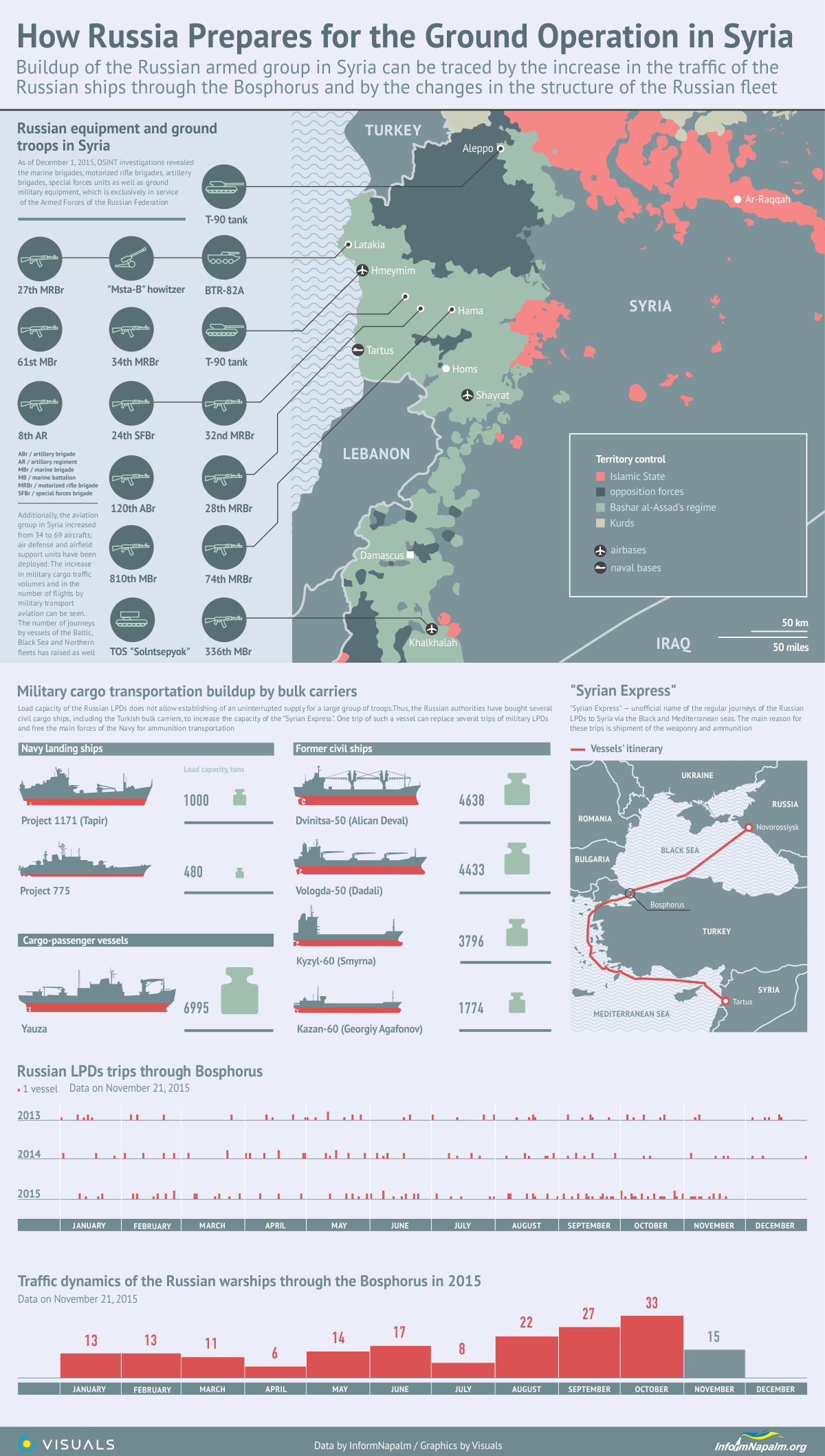 On March 14, Moscow announced about a withdrawal of their main forces from Syria within two to three days, but added that 1,000 troops would remain in Syria. According to official figures, the operation has cost 33 billion Russian rubles and has given rise to questions about its cost, efficiency and the number of civilian casualties.

The Russian statement was presented by many media as a total withdrawal before a final withdrawal. Despite this, Russia will retain its military presence in Syria just as before. The Russian air defense systems, including S-400 anti-aircraft missiles, will remain on the air bases. They allow to effectively shut down the Syrian airspace. Meanwhile, the Russian navy is to monitor the Syrian coast.

The Kremlin has confirmed its plans to keep military bases in Tartus and Khmeimim fully operational and continues to provide the Syrian government with the necessary equipment and military assistance. Two weeks after Moscow’s announcement of the withdrawal air bombing continue. The fleet is left, fighter planes will remain, tanks, air defense area and troops as well. It is only a small number of aircraft together with servicemen which will be sent home.

In other words, this means that the «sensational withdrawal» is only a reduction of military personnel and equipment, as well as a rotation of troops. Many experts point out that it was just a case of a scheduled rotation of combat aircraft and equipment for maintenance, after an intense period of operations. Instead, the pulling out has been presented as a real withdrawal for propaganda purposes.

We can conclude that the Russian leadership is bluffing because Moscow does not usually say what is going to be done. The Kremlin has consistently lied about the presence of their troops, or rather the absence, in terms of the war in eastern Ukraine. They also lied about who was the target of the directed airstrikes in Syria. They manipulate information and tell the outside world, the media and leaders what they want to hear, or what they want to make them believe.

Ground forces on the offensive in Palmyra

A first proof that the Russian land troops remain in Syria came less than two weeks after the «surprising announcement», and this from the battlefield. On 26 March, Assad’s troops recaptured the town of Palmyra from Daesh, backed by Russian bombers and ground troops. According to the Pentagon, it was the first time the Russian bombers focused their bombings on the terror group.

InformNapalm’s investigators have found images that confirm the Russian army’s presence in Palmyra. Based on fresh material from Russian soldiers’ social networking profiles, it is confirmed that scouts from the 20th Rifle Brigade, [military unit 22220, Volgograd, the Southern Military District] are involved in the fighting. Among other things, one of the soldiers, Sergei Gavrilov has published new pictures on VKontakte social network, geotagged in the battle zone.

This shows that Moscow’s «surprising announcement» was not just an adaptation of its strategy, but also a successful effort to achieve self-promotion, first and foremost within Russia but also abroad. There is still a question to ask, why now? On the one hand, the Russian announcement has a political basis to coincide with the new cease-fire agreement and UN peace talks. On the other hand, there are other reasons.

The Russian President Vladimir Putin has stated that Russia has achieved its goals in Syria since the bombings started in September 2015. According to the Kremlin, extremists have been pushed back from Latakia, communication with Aleppo is restored, the blockade of the airbase Kweire has been lifted, and the provinces of Hama and Homs cleared.

Let us remember, that Russia’s controversial involvement in Syria has been ruled by several priorities. These are designed to protect Moscow’s geopolitical and economic interests, in particular to protect its own gas exports. Therefore, Russia wants to prevent a potential competitor in Syria if the Assad regime falls.

The first goal was that Russia wanted to insure the Assad regime’s stability which had suffered catastrophic defeats in the spring and summer of 2015, after losing the town of Idlib in northern Syria, and several other regions. The second goal was to weaken the Syrian opposition, which could become an alternative to Bashar Assad. Furthermore, the Kremlin has not hidden its desire to test and demonstrate its armed forces and weapons. But the main point and the ultimate goal was not Syria. By intervening in Syria under the label «fighting against terrorism», Kremlin wanted to reduce its international isolation and use it as a trump card in a dispute with the West over Ukraine.

The Assad regime, which is considered as an important partner in the Middle East, was saved from being toppled, and have to some extent stabilized. But the Russian backing gave Assad’s Army a few big victories on the battlefield. However, Bashar Assad has not yet been able to win in Syria, and Russia is still isolated by the West. The maximum objective of rebuilding relations with the West after the Russian intervention in Ukraine has not been achieved. Meanwhile, the Syrian regime has not conquered all of the national territory. 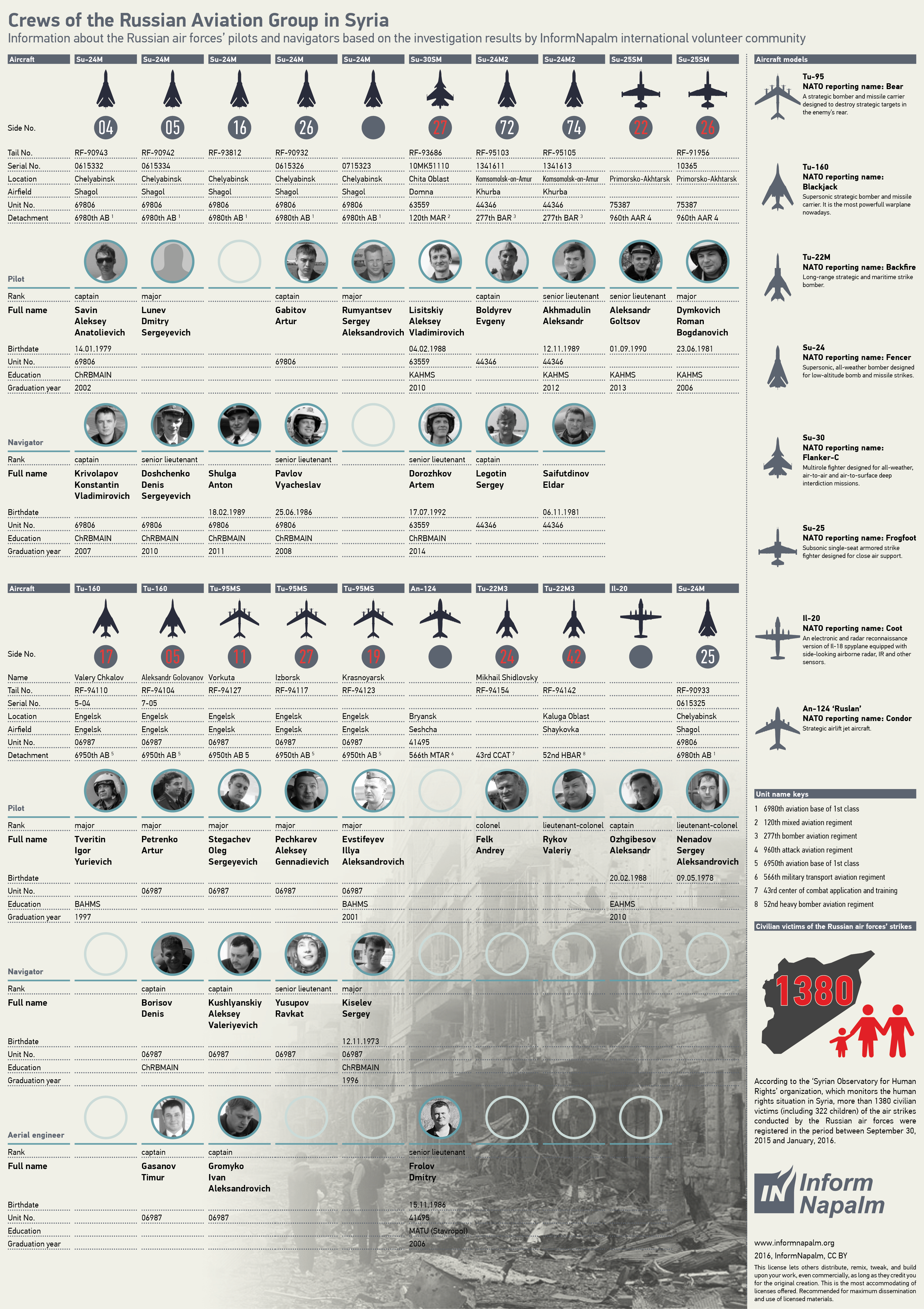 The Putin regime has failed in its strategic and long-term goals to lift the isolation and sanctions against Russia. He failed to obtain concessions from the West regarding Ukraine, and become part of the global coalition against Daesh. Putin demanded such a coalition last year in his speech before the UN General Assembly. In fact, he was informed that the US-led international coalition already exists and that no one wants to create another. It must also be emphasized that the pressure on Moscow has been high, since the Russian air attacks have claimed many civilian lives. The British-based human rights organization «Observatory for Human Rights» has estimated that the Russian air strikes, since last September, have killed about 1,100 soldiers from the Islamic state and more than 1,700 civilians.

It seems that Russia wanted to declare a victory built on small victories at a minimal cost to get expected future PR. A larger Russian involvement could lead to a stressful and chaotic conflict scenario with heavy losses and expenses that can exceed the benefits. So Putin preferred to declare victory now, whatever happens afterwards.

Putin is doing everything to appease domestic public opinion through the state-controlled propaganda machine. This is perhaps more important for Kremlin than negotiations at international level. By declaring a military victory in Syria and announce a withdrawal, Moscow reached a victory of public opinion, regardless of what happens in the future.

The reduction of the Russian military presence in Syria is based on economic factors. A weak economy cannot afford huge military expenditure over a longer period of time. The Russian economy has already been hit by low oil prices, inflation, ruble devaluation and Western sanctions because of Moscow’s involvement in the still ongoing Ukraine conflict. The Syrian operation has cost Russia $ 700 to $ 800 million, according to an estimate from Reuters.

One reason that has discouraged Moscow has been the growing tension with Turkey. Several media outlets, in particular Russian websites, have reported that Turkey and Saudi Arabia have been prepared to launch an operation with their special forces to support the Syrian opposition on the ground.

Intelligence reports have also reported that the Gulf countries are supplying man-portable air defense systems to the Syrian opposition. On March 12, two days before the Russian announcement, such a missile shot down a Syrian MiG-21. So the probability of losing aircrafts in Syria is very high. To claim victory after such losses would be complicated.

The threat of a new Afghanistan

The threat of a «new Afghanistan», where Russia would be forced to deploy more troops on the ground in Syria is a deterrent. In a further military escalation, the Russians could get to see pictures of soldiers returning in coffins while they still carry negative memories from Afghanistan and Chechnya. An intensification of fighting would inevitably also lead to an increase in the number of deaths, particularly civilians, which could increase the isolation of Moscow.

It is obvious that the Russians wanted to reinforce Assad’s control of the important western part of Syria. There is no doubt that there has been a large withdrawal and that the remaining Russian contingent is able to maintain recent months’ victories. In addition, there are others of Assad’s allies remaining in Syria as thousands of Iranian Revolutionary Guards, soldiers from Hezbollah, Shiite militias from Iraq and Pakistan.

The Russian publicity gimmick has recreated the status quo

Russia has to a considerable cost recreated the situation that prevailed at the beginning of 2015, when a deadlock existed between the Assad regime and the opposition. Nevertheless, the situation in Syria is very shaky. If Moscow reduces its support for Damascus and Turkey and the Gulf countries give more support to opposition groups, the consequences for the Assad regime would be bad.

The question is whether Russia, which is isolated and affected by sanctions, with its declining economy because of low oil prices, will be able to bear the burden of protecting Assad in the long term. The question is also whether Moscow is ready to act if other powerful actors intervene on the battlefields in Syria. We may know it by the end of this year.

CC BY 4.0 –  Upon reuse of the material, an active link to the author and our project is desirable.