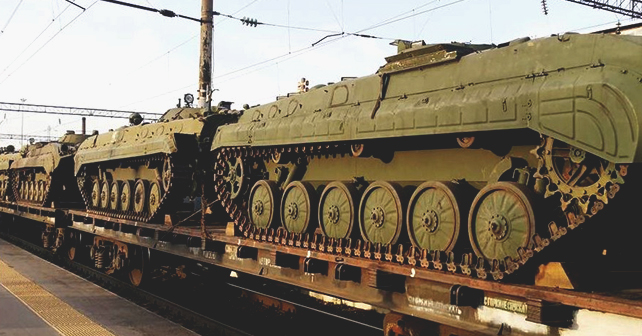 On the August 8, 2017 a native of Sevastopol Maxim Mayorov on his Facebook page drew some historical parallels on preconditions which preceded the Russian aggression against neighboring countries, namely military maneuvers. 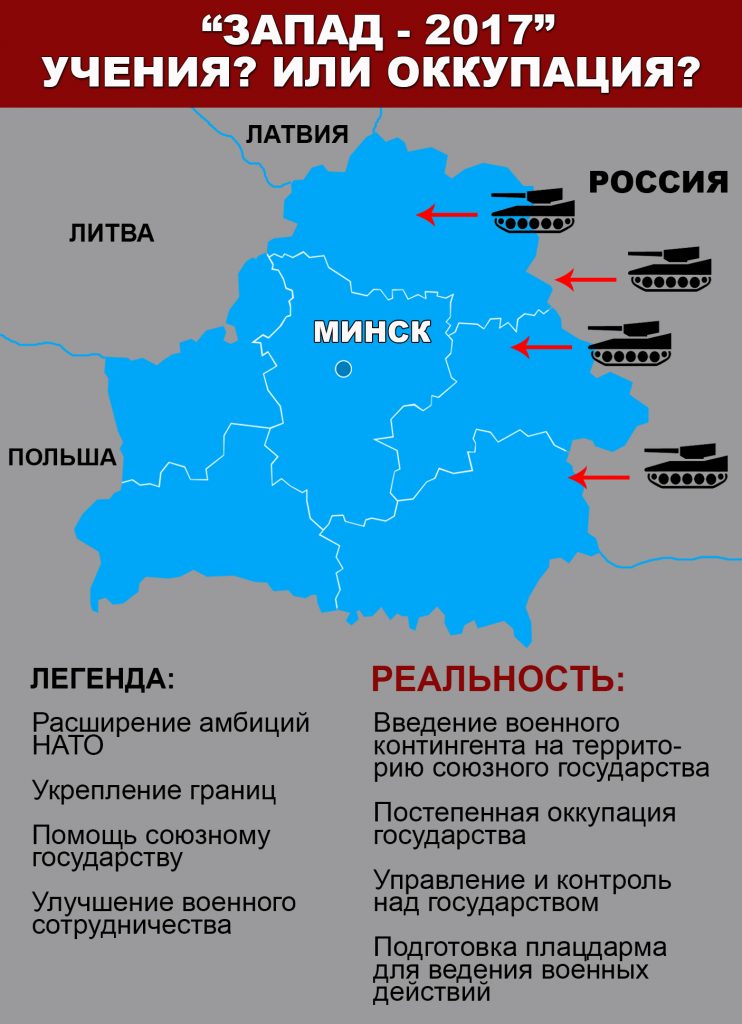 “By a strange coincidence, the Russo-Georgian war in 2008 was preceded by military maneuvers of the Southern Military District of the Russian Armed Forces, Kavkaz-2008 in June 2008. Actually there is no wonder here. Military maneuvers are an ideal cover for deploying of the troops necessary for participation in an armed conflict. In 2014, the Russian Federation showed that the military maneuvers can serve as a cover not only for preparations for war, but also as a cover for the war itself. Therefore, every military maneuvers in Russia is a potential threat to the neighboring states. These can be just war games or a part of the plan of aggression, overt or hybrid. The next major Russian military maneuvers Zapad (West)-2017 will begin close to Ukrainian borders in September this year. The picture suggests nothing, but draws attention.
(Source of illustration for the post was taken from the feature: During the Zapad-2017 maneuvres Putin can occupy Belarus)

In turn, the volunteers of the InformNapalm international intelligence community, while monitoring of social networks and analyzing photographs, have established that from the beginning of August 2017 Russia began a large-scale movement of military equipment along the entire European border: from the shores of the Baltic Sea in St. Petersburg and to the shores of the Black Sea, including the occupied Ukrainian Crimea.

Here we are providing a number of photos and video materials illustrating our conclusions. 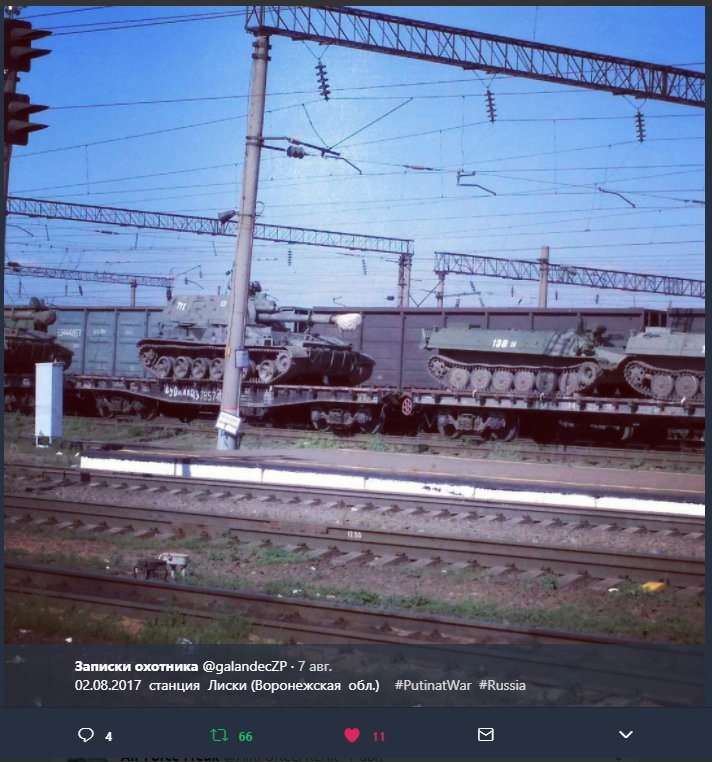 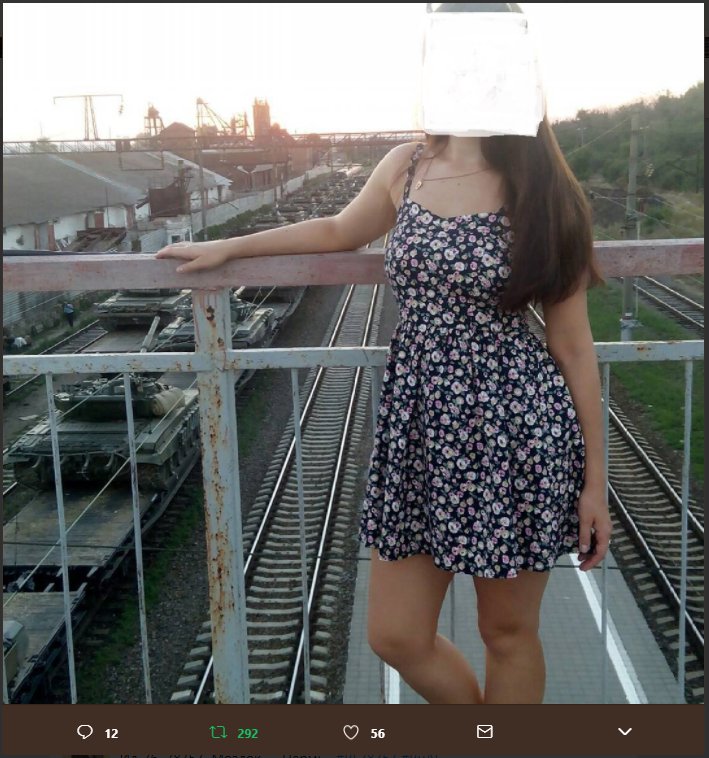 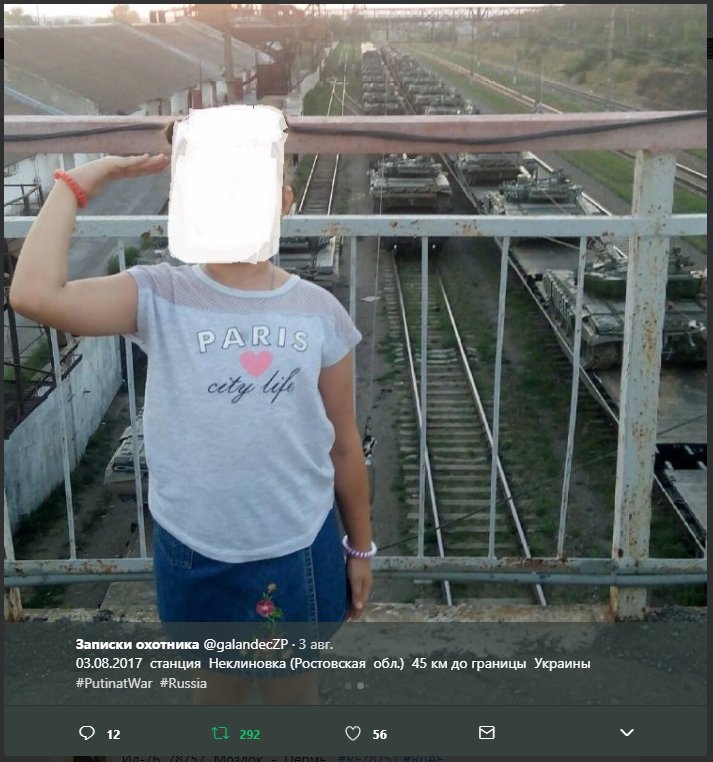 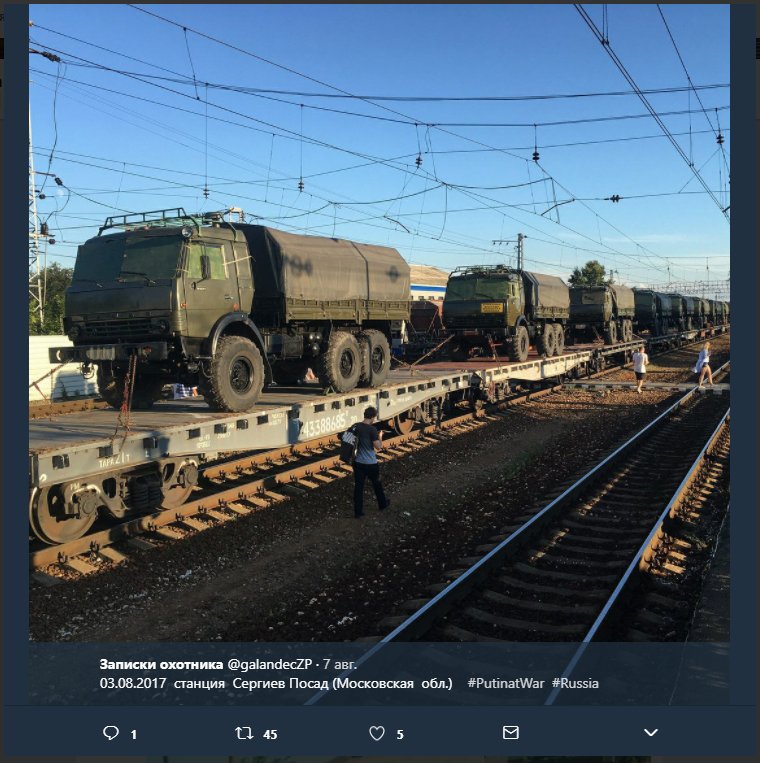 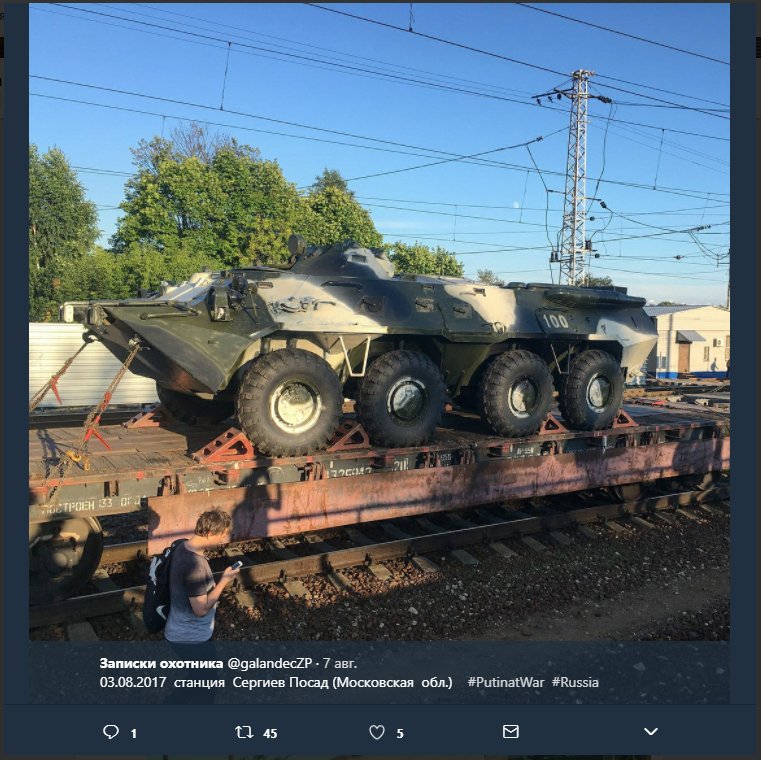 8/7/2017 A train convoy of military vehicles at the railway station in the city of Samara.

8/7/2017 A train convoy of military vehicles recorded at the time of movement through the dam of the Volga Hydroelectric Power Station, Volgogradskaya Oblast.

8/7/2017. Movement of military vehicles in the occupied Crimea. 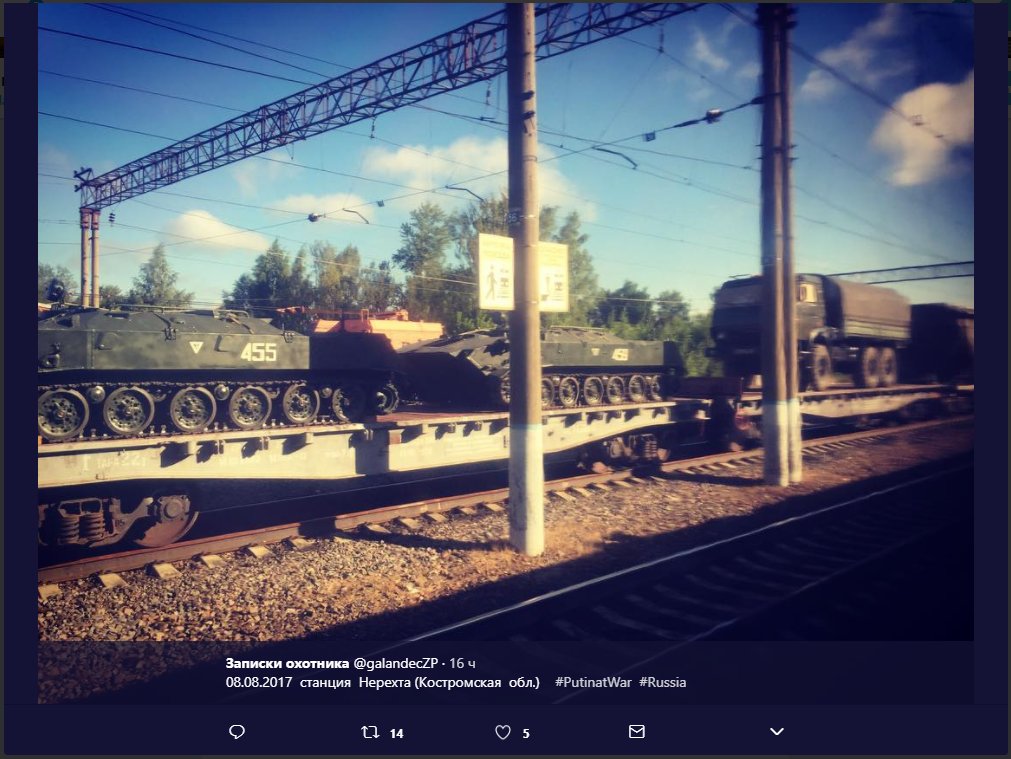 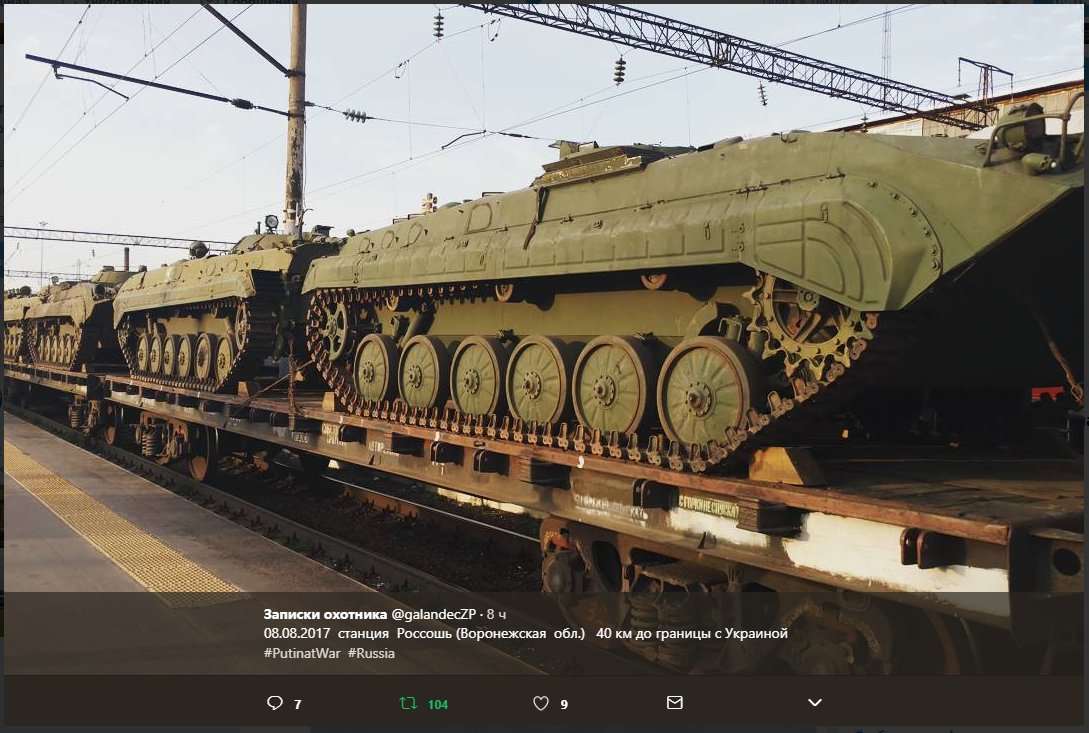 We marked on the map the towns and villages where movement of Russian equipment was spotted in early August. 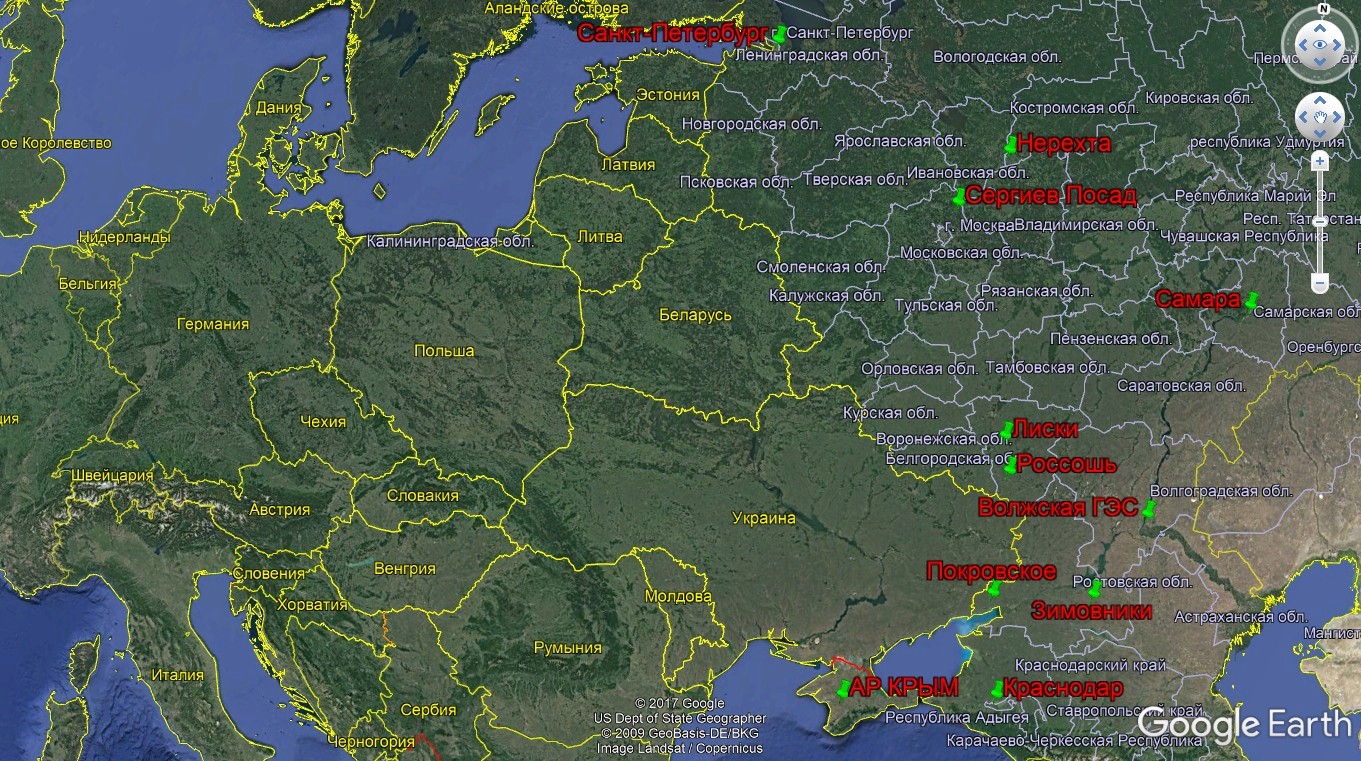 Preparation of the new railroad branches could one more indirect sign of non-training character of this military equipment redeployment. In 2008, two months before the invasion to Georgia, Russia began an emergency construction of a new railway to the Georgian border. 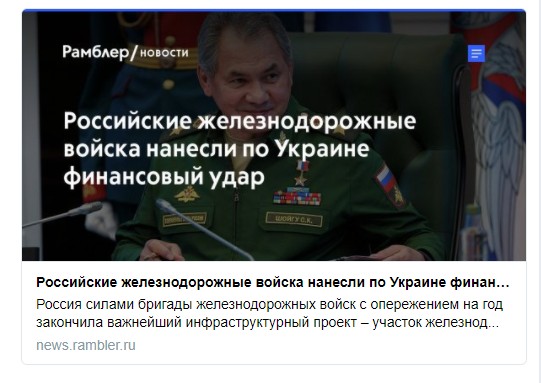 On August 7, 2017 the Russian media reported that the railway in the south of Russia built in close proximity to the Ukrainian border, was actually put into operation. At the same time, some Russian media carried ambiguous headlines: The Russian railway troops inflicted a financial strike on Ukraine.

To deter the Russian aggression, Ukraine needs modern defensive weapons that can effectively combat the armored group deployed along the entire Ukrainian-Russian border. The military maneuvers Zapad-2017 can become a stage of occupation and drawing Belarus into the armed conflict. It is possible that due to the massive redeployment of the Russian heavy vehicles to the Ukrainian borders, Pentagon recommended to the White House to provide Ukraine with antitank and anti-aircraft defensive weapons in order to deter further invasion and improve the army’s defense capability. The American anti-tank guided missiles Javelin, dubbed the “tank killers” could be among the possible supplies. Although the Russian army invaded and occupied 7% of the Ukrainian territory in the east and south of Ukraine in 2014, they failed to achieve their main goal of getting control over the whole of Ukraine. Any diplomatic solutions appealing to the International Law from the position of weakness have never been honored by the Russian leadership. Only the combination of Ukraine’s military strength and firm position of the Global community could pacify the aggressor. Paraphrasing the popular saying: “With a kind word and a Javelin one can get much further than with a kind word alone”.

This publication was prepared by Mikhail Kuznetsov specially for InformNapalm, translated by Eugenia Zlamanuk, edited by Artem Velichko. Special thanks to the OSINT expert @galandecZP for the photos and videos provided for this feature.
An active link to the authors and our project is obligatory for any reprint or further public use of the material.
(Creative Commons — Attribution 4.0 International — CC BY 4.0)
Repost and share with friends.
For notifications about InformNapalm investigations follow us on Facebook / Twitter / Telegram.